Dunlore is a brand new 2D MMORPG currently in Beta.

Dunlore has been getting a lot of fixing up recently. I've been constantly fixing bugs, adding new content, and balancing it. A lot has been improved, and there is much more to come.

In 1.0.2, I fixed quite a few bugs, updated a lot of art, and began the Halloween event. The Halloween event was really fun, and everybody had a great time. Already excited for next year!
Changelog

1.0.3 was a pretty small update, but it had some cool stuff. I fixed a few bugs, added some potion art, and changed Dunlore's old choppy lighting to a new smooth lighting system(which looks AWESOME).
Changelog

This update included tons of bugfixes- I also balanced the game a lot in this update. I added a few tiny improvements, and added a whole new map. I also made it so shops would only buy items they "want" for full price; other items can be sold for half price.
Changelog

This was a really quick (and rather rushed) update- I realized I broke a few features while adding them in in a hurry...
Changelog

This was a really quick update that fixed some important bugs. It also added a Fireball Scroll into the game, which, once used, allows the user to create a fireball(assuming they have the necessary Flux Shifting requirements).
Changelog

After a small period of inactivity(I've been quite busy...), I finally got back to updating the game. I released 1.0.6, which added a number of things into the game. I added new fish into the game which began to bring more depth into the Fishing skill. I also added handheld torches which can be crafted; they create a light bubble around the player. I updated a ton of the old art(which actually dated back to ~2 years ago...). I made melee combat keys mappable, a killer falling tree animation, and I ended the Halloween event. Also, of course, there were the usual bugfixes, making for a pretty solid update. Changelog

Here are a few pictures of what I've been working on recently for the next update. 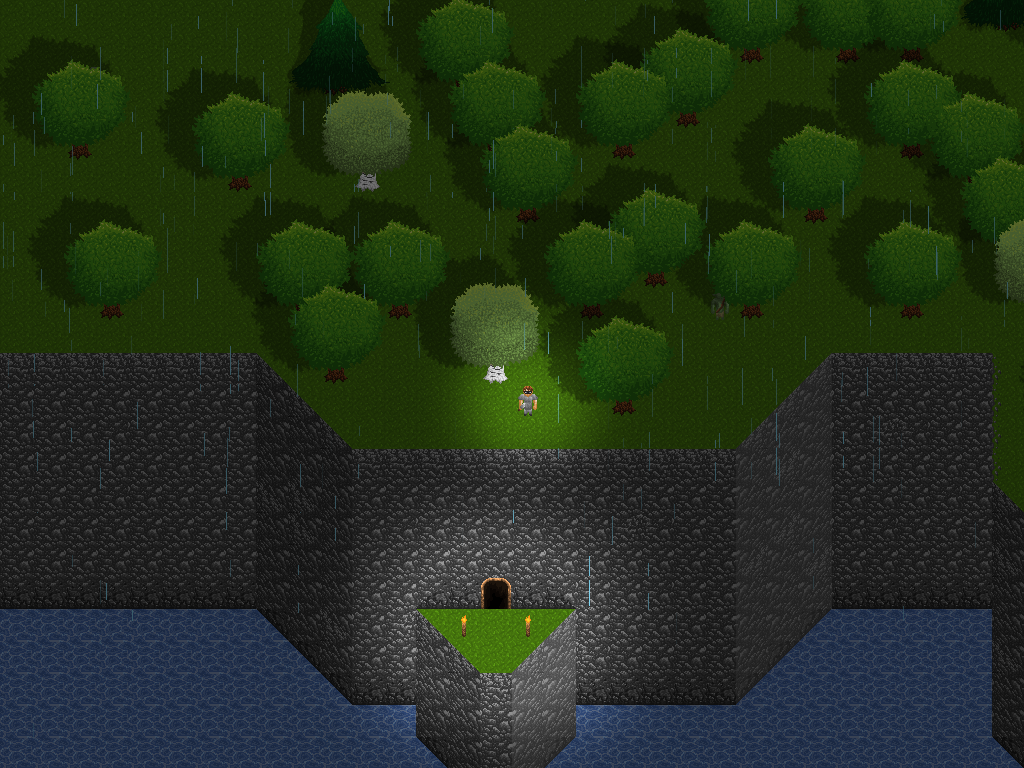 A screenshot from the next update. It shows the improved cliffs and mountains being worked on; it also shows a new kind of tree. 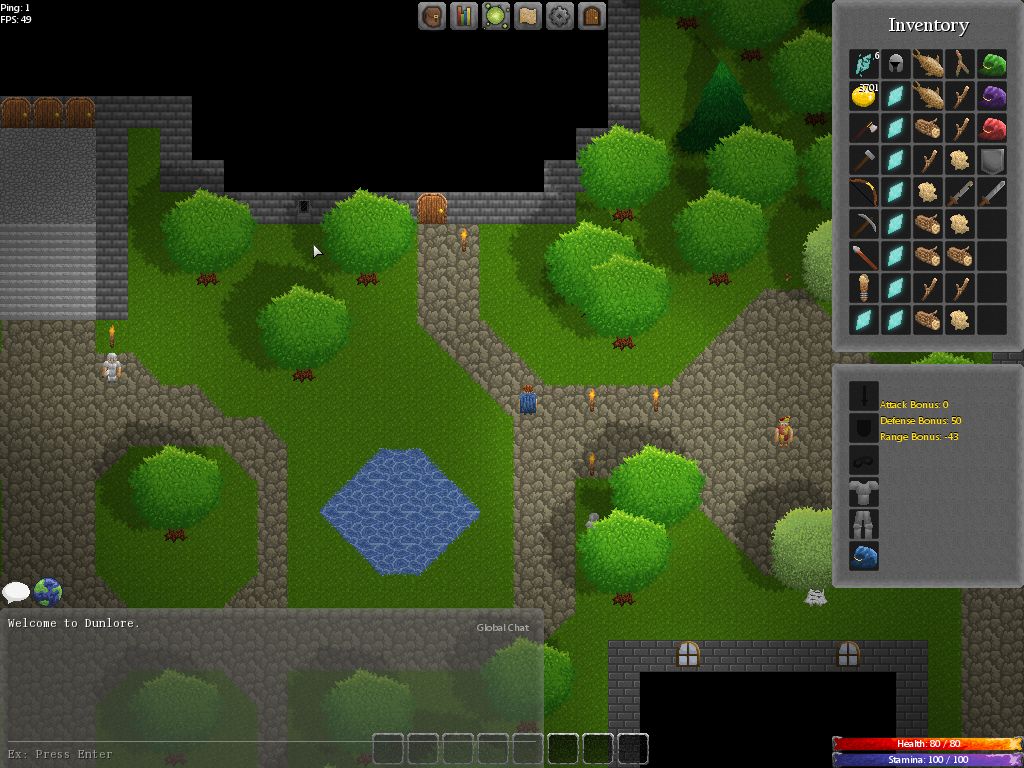 Another screenshot from the update that is being worked on. I show off a new feature: Capes! Disregard the Inventory Hotbar being under the chat window- it's fixed now. The equipment window was also a bit messed up at that point; it's also fixed now.

I've also thrown together a Dunlore Beta trailer. Check it out here.

A Plead For Help

Recently, the game has been empty a lot. It's really kind of dying, and I need some players to have some fun regularly and keep the game going! Come check the game out; bring some friends.

Covering the events that have gone on in the past month.

Lots and lots of progress!

A summary of all the progress that has been made and some discussion of the Beta release.

Introducing Dunlore to IndieDB. An explanation of plans for the game and what will happen soon.