Dungeon Keeper 2 was the sequel to Peter Molyneux's Dungeon Keeper and prequel to the cancelled Dungeon Keeper 3.
Like its predecessor, players take the role of a dungeon keeper, building and defending an underground dungeon from the would-be heroes that invade it, as well as from other keepers.

In the game's campaign mode, the player is charged with recovering the portal gems from each area in order to open a portal to the surface.
This was charged as a setup for the sequel, where the gems would be used to invade the surface world and defeat the faction of goodly heroes.

The most immediate change from Dungeon Keeper is in its graphics; the world is now fully 3D. Where monsters were previously sprites, they are now 3D models.

If any, the Homepage should be LionHead since the people from Bullfrog are that now.
But I don't think we can do that, we already did this. xD

With this version we are getting close to the release of the game, that's why I decided to merge the 2 maps in one.
Search simply for "Hive Keeper" on battle.net EU/NA and you'll find it 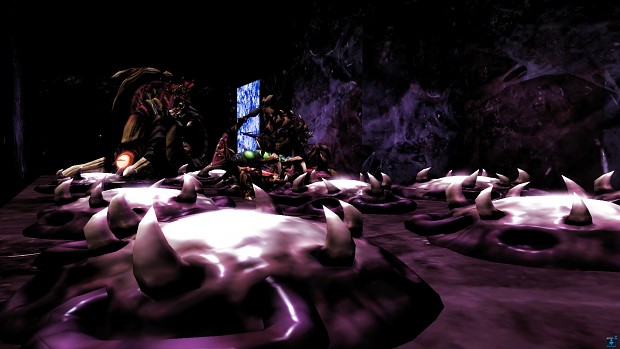 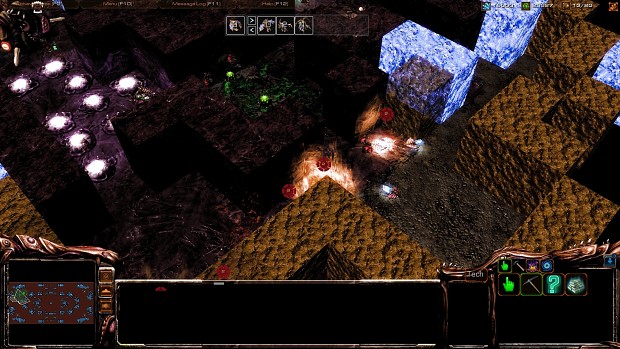 If you are new to DK2 mapping or if you just want some extra advise, here is a good place to come to! This tutorial is not very difficult at all since...

The full installation package for version 0.4.8. Extract, run the launcher, point it towards your Dungeon Keeper folder then click Play and you'll be...

This is the CD that came with the December 1999 issue of the Romanian gaming magazine LEVEL by Vogel Publishing, Included is demos of Delta Force 2, Urban...

The latest version of the official map editor for Dungeon Keeper 2.

The demo contains everything you need to get a taste for Dungeon Keeper 2. The full game contains many more creatures, rooms, traps and spells and includes...

This is the latest official patch for Dungeon Keeper 2.

This is the latest official patch for Dungeon Keeper 2.

One of my most favorite games ever. Getting to play as the bad guy, unlike most games where you play the hero. Love it.

Damn! each time i read the title i read it like "Dungeon Creeper" and yes i am addicted to minecraft *giggles* :D

Well, I finally got around to getting this game, I must say that the fact you dig out your Dungeon is very fun, but it can be annoying when you have a spot you want dug out and it takes your Imp's like a half hour to get to it. There is a MUCH MUCH larger amount of units in it then in Populous, but you can't really individually control them aside from possession, which makes it a bit hard to attack and do other stuff. So far, I think it's a very great game though, it is something everyone has always wanted to be, an evil ruler over an empire =) (AKA the Dungeon)

I think I might start work on a huge mappack for this, about 20 maps I say! (but, I'm lazy so probably not.)

I have found an article on IGN that states EA has 'teamed up' with a company in China to make a Dungeon Keeper mmo... said only to release in the Greater China Region... not to mention that this company has had no experience with making mmos.
This, along with how bad EA is at making games, means that it will be one of the more ****** games ever.
Why EA?!?!?!?!

Why would someone make a game like dungeon keeper an mmo?
Oh wait, that already happened to warcraft.

'Dungeon Keeper Online'- The China 'NetDragon' are being douchébags by making it Asia only.
Peter.M is probably pretty ****** off.

It's not meant to be entirely multi-player and online. If it is then it can't be Dungeon Keeper 3 because it doesn't have the right plot.

Even if it did have the right plot it wouldn't be Dungeon Keeper 3 because you'd have too many other people trying to do the same thing. You managed to take over twenty lands on your own, killing Lords, Keepers, assorted heroes and the King himself (as well as corrupting his sons). Why would you need help to conquer the surface? It wouldn't work.

Therefore that game isn't Dungeon Keeper 3, even if they say it is and if it has the right plot.

EA sucks so much because they close westwood and canceled this very good game
why EA ???
COMMAND AND CONQUER 3 in my opinion dont get even close to the originals produced by westwood

Dungeon Keeper was made by Bullfrog.

The first few Command & Conquer games were made by Westwood, then it was taken by EA.

Just like Bullfrog made the first few Dungeon Keeper games, and it was taken by EA

One of the most original, ironical, evil building game. Good mechanics and lovely ambiance :D