Long Ago, Etheria was once a land of living legends… Throughout the ages, brave warriors across the realm stood together against the forces of evil, led by immortal beings known as the Old Ones… After a titanic struggle, these champions locked away the power of the Old Ones, inside Eternia Crystals…These legendary heroes have recently left their younger kin in charge of the common castle chores… Bored with their dreary duties, the inexperienced pupils decide to play… And accidentally unleash an ancient force that has long been dormant!

And just like that, PAX East is over. We hope everyone who came out to the booth had a fantastic time! Seeing our fans tackle the new content was a blast. Shards 3 is still a little ways from release, so hopefully you enjoyed the sneak peek. Thanks to everyone, both new fans and old, who stopped by, picked up a controller and played our game. Your enthusiasm for the game was infectious. It was my first time meeting some of you in person, and it’s an experience I won’t soon forget. 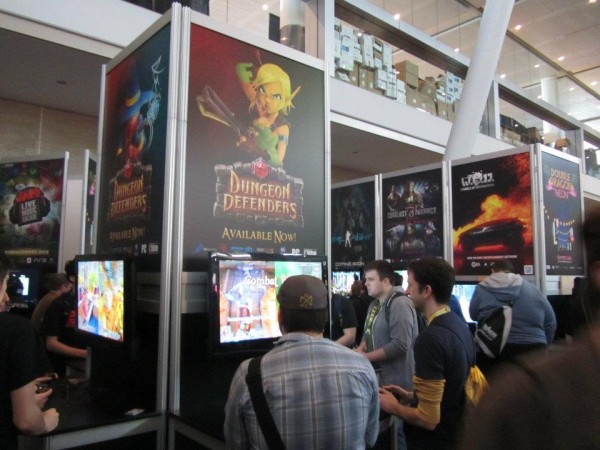 And just like that, PAX East is over. We hope everyone who came out to the booth had a fantastic time! Seeing our fans tackle the new content was a blast. Shards 3 is still a little ways from release, so hopefully you enjoyed the sneak peek. Thanks to everyone, both new fans and old, who stopped by, picked up a controller and played our game. Your enthusiasm for the game was infectious. It was my first time meeting some of you in person, and it’s an experience I won’t soon forget. While at the expo, we got the chance to eat lunch with some of our fans. Talking with eveyone over steaks, burgers and DunDef secrets was a delight! We hope they had as much fun as we did, and we look forward to meeting more of you at future events. 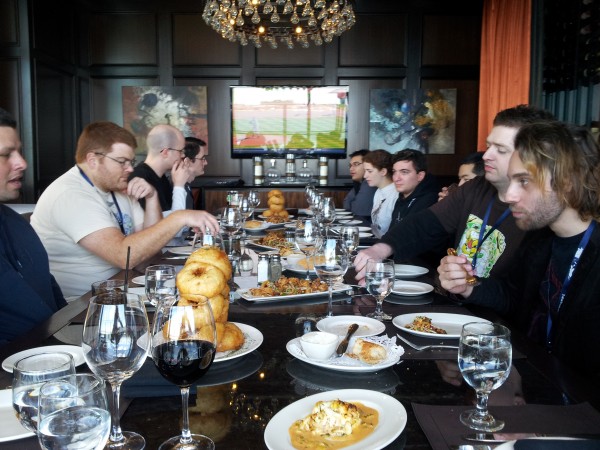 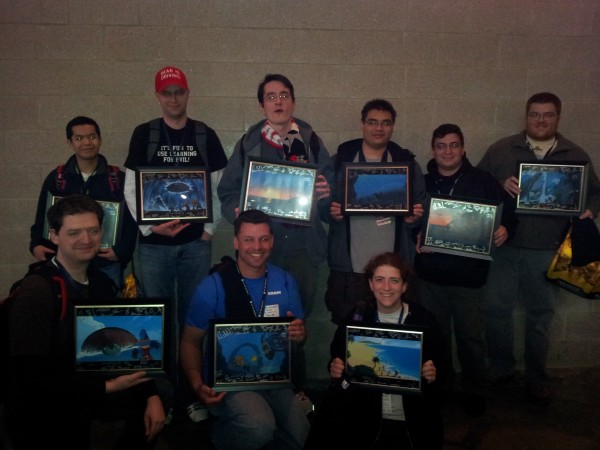 While Shards Part 3 was in the spotlight at the booth, we had some other goodies hidden for people to find. (Console fans, you can skip ahead to the Console Updates section of the digest.) New Mission: City in the Cliffs A few eagle-eyed fans at PAX spotted this content embedded in the menus. Introducing City in the Cliffs, a new map coming to Dungeon Defenders this week! 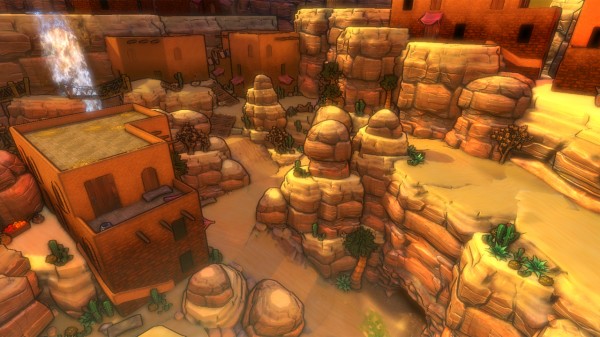 This isolated Moraggan outpost has now become a warzone as the horde lays siege to its Eternia Crystals. City in the Cliffs is a full Campaign map that supports Survival, Mix and Pure Strategy Mode. Included with the map is the "Über Death From Above" challenge. And the best part? All of the above modes and missions support up to six Defenders! Rewards include a brand new Djinnlet Pet, four new weapons and... the new male costume for Series EV, the Bounty Hunter! 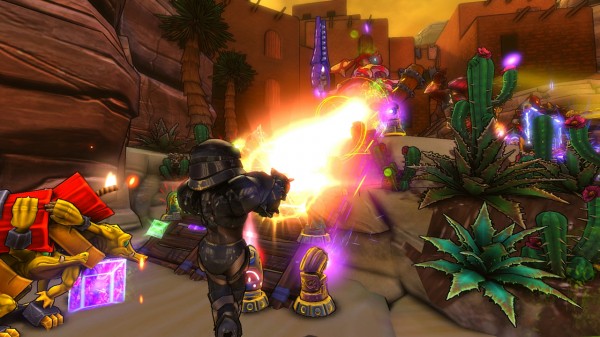 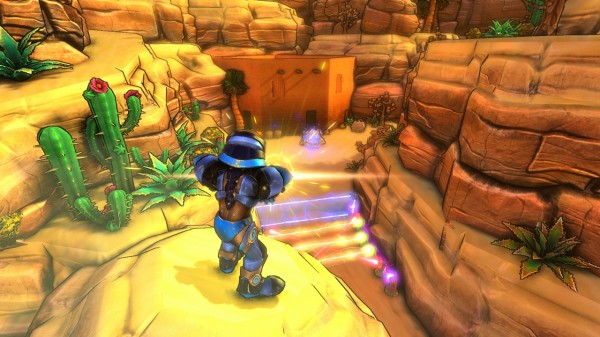 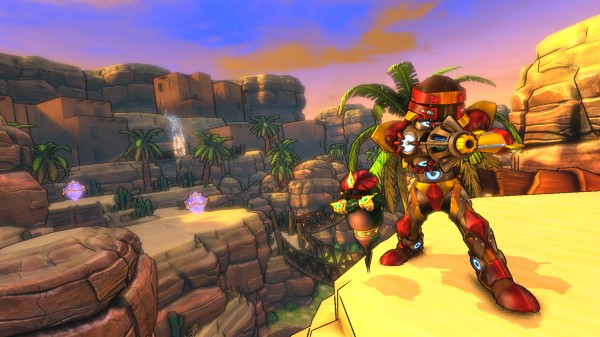 City in the Cliffs will release this Friday for $1.99 on the Steam marketplace!
New Hero Reveal: Summoner 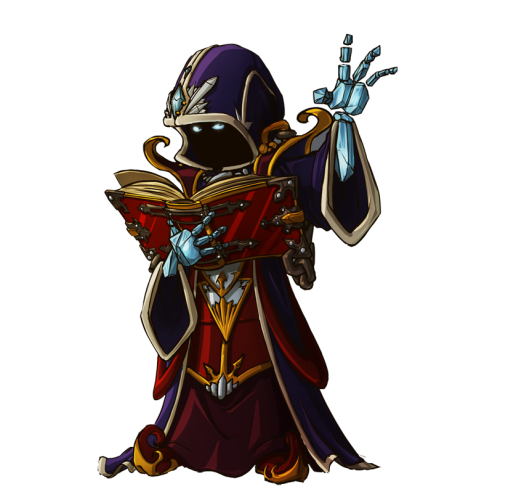 We reveal the next Hero to join your ranks, the Summoner! This visitor from beyond the crystalline void can raise and command an army to fight for him, RTS-style. He also has a formidable command of Pets, along with other special capabilities. More details in coming Digests! Console Updates On Tuesday, our PSN US fans downloaded the first console patch and second Shards DLC for Dungeon Defenders. After the patch installed, they were treated to higher weapon and gear upgrades, improved balance, a higher mana cap, greater Item Box inventory space and more!

For our PSN EU fans, we’ve just heard back from SCEE, and it looks like you’ll be able to download the patch and Shards Part 2 DLC on April 18! The patch will release earlier in the day than the DLC to give everyone a chance to update before it’s released. As for our XBLA fans, we haven’t heard from our publisher as to when you can get your hands on this fresh content. We apologize for the inconvenience, and we’ll keep you updated as soon as we have the updated date. There was an unforeseen glitch with the PSN US patch that has hindered players from joining other lobbies. The dev team has checked, and this issue is not present in the XBLA and PSN SCEE versions. If you have encountered an error message regarding a Spider Mismatch issue, we are submitting a patch to fix the issue. The patch will also ready the game for some of the Eternia Shards 3 content.

To help XBLA players with the wait, Dredd has decided to host additional events! His first event will begin tomorrow. Check out his thread for more information!
Street Sharks Of course, the main attraction at PAX was Shards Part 3. Not only did we have the new map and mission playable, but all of the other DLC goodies were in the PAX build, including the new enemy -- Sharkmen. 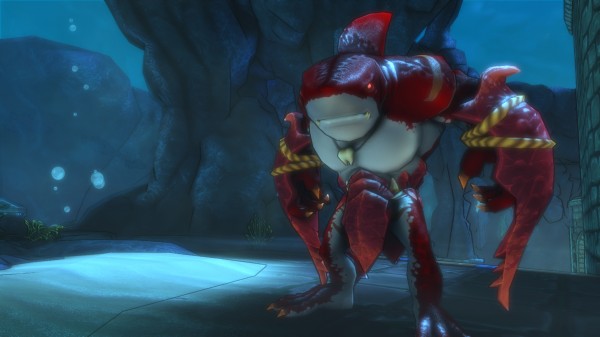 PAX attendees experienced first-hand the terror of these ruthless sea creatures. Just when you think you have the perfect setup, the Sharkmen charge the playing field (literally). It’s up to your heroes’ might and magic to stop them from pushing aside your defenses and bolting straight to your crystals. Fend them off, and you may survive to see the new boss.
Defender’s Armory – A New Dungeon Defenders Mobile App

Once again, we’re constantly surprise at just how dedicated our fans are. Developed by Zulaxia (Random Icon) in cooperation with the Defender’s Store, Defender’s Armory is the first mobile application for the Steam version of Dungeon Defenders and, we’re told, will eventually host a slew of tools for our game! The tool available now in the app is the Loot Chest. The Loot Chest lets you browse the endless piles of equipment and pets on sale by your fellow players.
Features:
- Browse, filter and sort the hundreds of thousands of items listed for sale on TrendyNet
- View item stats as any class. No need to try to remember which stat is which on each of your characters.

Coming soon:
- "Watch for similar" option on items. Like the particular stats on an item, but wish they were higher? This is for you.
- Inventory system. Store what each of your characters is using, making it much easier to find those upgrades.
- "Scan for upgrades" option. One hit wonder to look for item upgrades for any or all of your characters at once.

You can find the app here for $1.99!
Note: This is not an official Trendy product, though that doesn’t stop it from being awesome.
(NSFW) Derpy Defenders
Since this is NSFW we won’t embed it here, but if you’re of age we highly suggest you follow this link. This is a teaser for Bag Boyz new machinima series, Derpy Defenders. We think it’s pretty awesome, even if it’s not safe for (your) work.

And... now we can never listen to those sound effects in the same way again.
TV Tropes They really nailed some of these on the head here. Pmasher’s favorite: “Demonic Spiders: Used to be Dark Elf Warriors, but now clearly replaced by actual spiders, which will web-stun you, then bite you to death. (or web-stun your towers, then bite them to death)”Hitmonchan's favorite:"Ms. Fanservice: The Huntress comes complete with a bared midriff, a rump-shaking dance, a hint of Jiggle Physics, and a dangerously low miniskirt." Sorry, @DannyAraya!

What are your favorites? If you have more, feel free to add them!
Beta Team Update: 4/11/12 It’s been a busy week for the beta testers! We’ve chased down Easter eggs, tested the new map (no, not *that* map), fought a spider queen every wave (this feature was removed), and gone through the lengthy process of verifying the huge 7.27 patch! The survival change everyone is looking forward to required additional testing and has been moved back. (The upcoming patch notes are located here.)

Thank you to everyone who applied for our beta team over the weekend. We’ve gotten plenty of candidates, and we’ll be reviewing each email received. It will take us quite some time given the volume we received, so please be patient! We’ve also had a bit of backlog on our inbox, and for that we apologize. If you haven’t received a reply, it doesn’t mean we don’t like you, it just means we were a little busy! We’ll certainly be sending you a reply. As mentioned last week, the current community suggestions topic is a review of the Series EV. PM suggestions to "Official Beta Test Group" using the words SERIES EV in the title. 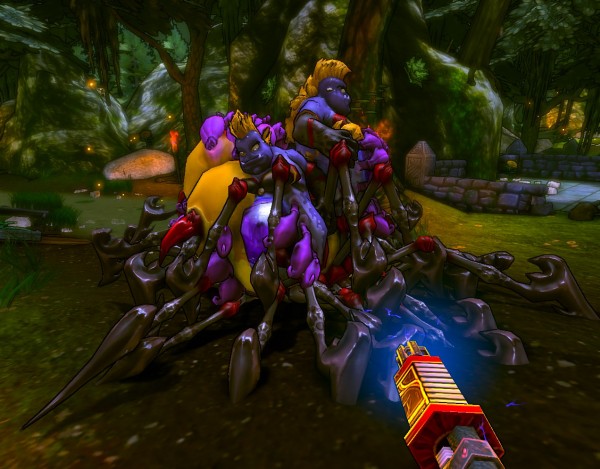 What nightmares are made of.

Screenshots of the Week
Check out this week's screenshots! 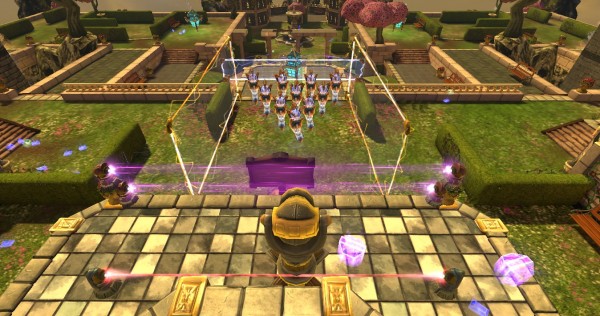 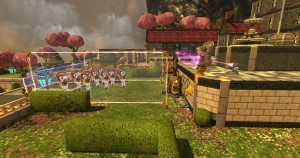 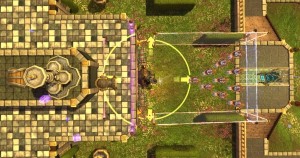 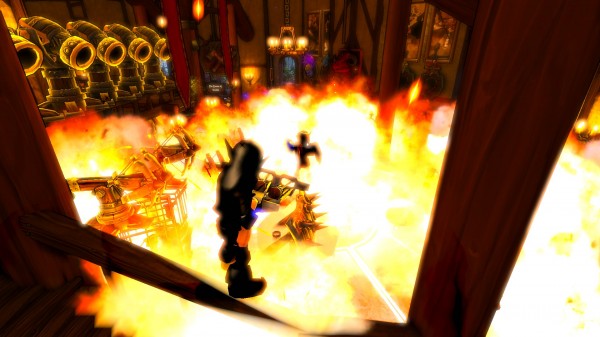 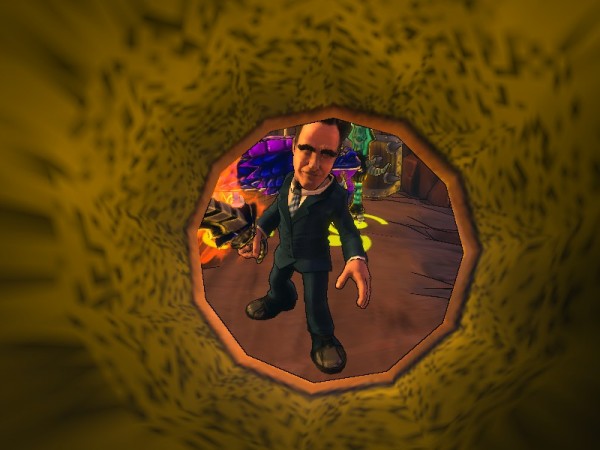 Have a cool photo you'd like to share? Send it cool to contest[at]trendyent.com with the subject "DunDef Screenshot"! Be sure to include your forum username or Steam username in the email. Our favorites will appear in future Digests!

We end this week’s digest with a look at Binarity Lab, a phenomenal fan-made map from TrookLue. (And if you like making maps, be sure to check back for next week’s digest. That’s all I can say for now.)
Featured Mod Map: Binarity Lab
Map Name: "Binarity Lab" (Version 1 + 2)
Author: TrookLue
Gametype: Endless PvE CoreDefense
Players: 1-4 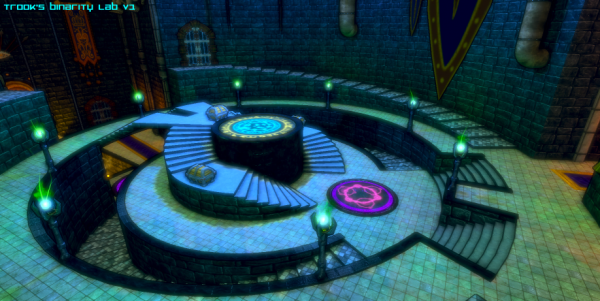 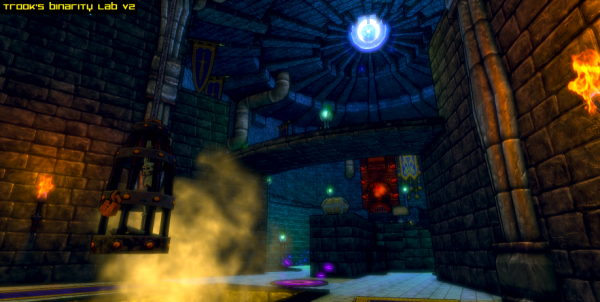 Objective: "Sit down, and relax *jking, i created the map as a warm-up-exercise, before i started the 'real work,' wich makes me busy right now. This means, there are many incompleted things in this map and the objective is more to jump in and take a look at some cool stuff, instead of awaiting a great new challange. I wont change anything, as long as i didn't finish my actual project, for quite a while (...at least. Its a damn big and detailed map).

Sry, but feel free to use/change/modify or whatever u would like to do with it. As Trendy shared their stuff with us, i will also share mine. So far, thx for the great feedback @all!"
Download link: Trook's Binarity Labs

Until next time, Hitmonchan(A special thanks to GearsGator, pmasher and Augi for the PAX photos!)
Discuss this Digest here!