Dune II: The Building of A Dynasty

Emperor Frederick IV of House Corrino is desperate for the harvesting of the valuable drug melange (also known as 'the spice'), only found on the planet Arrakis, to pay off all of his debt incurred on internecine wars with family members. To achieve this, he now offers the sole governorship of Arrakis to the House (Atreides, Harkonnen, and Ordos) which delivers the most spice for him. War begins as deputations from all three Houses arrive on Arrakis.

Dune 2 is considered the universally recognized great-grandfather of all modern real-time strategy games. In addition to the strategy itself, it was in it that many features of this genre that have already become familiar to us, such as collecting resources, building a base, and gradually opening a development tree, were laid down. According to the plot of the game, all events take place in the very distant future and on a distant planet. Similarly, with subsequent games from this series. But is alien technology so different from our modern one? Oddly enough, but it also has very real earthly prototypes.

Combat Tank from Dune 2 most looks like the British tank Centurion. 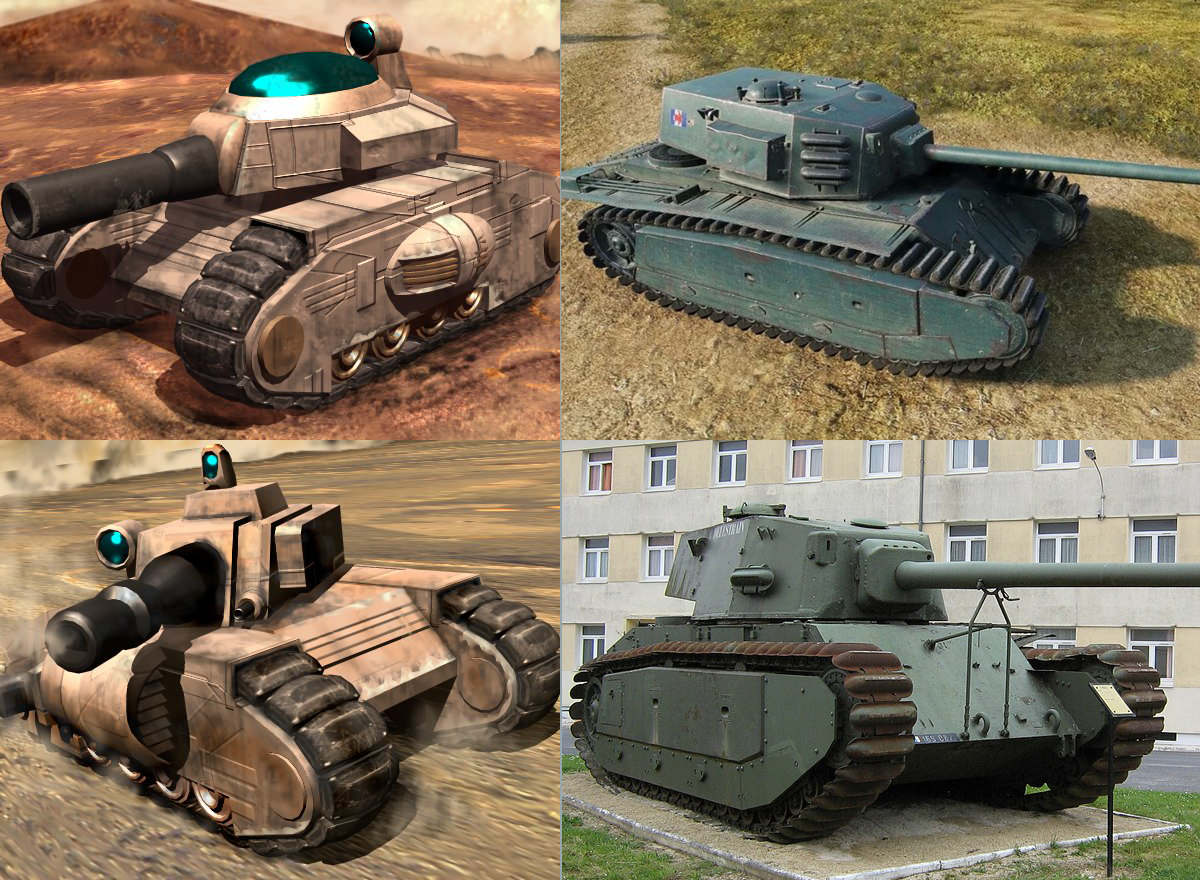 Combat Tanks from Dune 2000 are reminiscent of old models that were built between the First and Second World Wars. For example, the French ARL-44.

The Siege Tank from Dune 2 looks pretty original, and the prototype doesn't seem too obvious. However, the Soviet school of tank building is easily recognizable by its round turret and low silhouette. The most similar model is Object 770. But the developers of the game are Americans, which means they could not know anything about secret Soviet developments, especially in 1992, when there was no Internet. But they probably knew about the IS-3 or the T-55/62, which inspired them.

Harkonnen self-propelled gun from "Emperor" is obviously the Jagdpantera. Perhaps with some features of the Soviet SU-100.

Devastator from Dune 2 is a completely fictional tank that has no analogues in the real world. However, the angular outlines of the tank in profile and the overall square silhouette are reminiscent of the German tank Tiger.

But Devastator from Dune 2000 is more remind a British tank A39 Turtoise.

The rocket launcher from Dune 2 in profile is very reminiscent of the Brazilian Astros-2 puted on tracks.

Inspiration for the Construction Yard from Dune 2 was most probably a railroad platform with a crane.

But the weirder set design from Dune 2000 could have been inspired by LeTourneau Overland Train.

Caryall from Dune 2 resembles an Skycrane helicopter in its cabin layout, only instead of blades it has wings.

However, not only military equipment served as prototypes for combat vehicles. The tricycle from Dune 2 is a civilian agricultural tricycle.

The tricycle from Dune 2000 is most likely a dragster.

Rocket Turret from Dune 2000 is a very real naval rocket turret that is installed on ships. 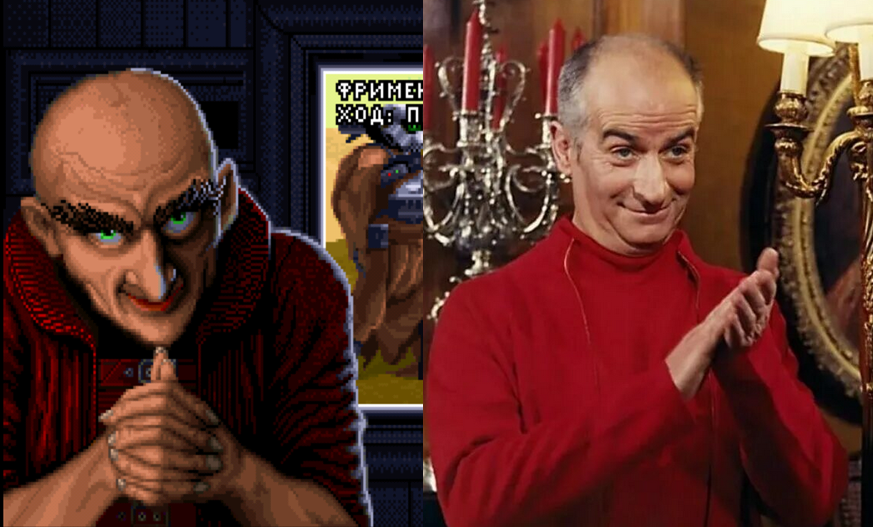 By the way, not only military equipment has its prototypes in real life. Some characters also have their prototypes. So, for example, the Harkonnen mentat Radnor is just the spitting image of Louis de Funès! Unfortunately, I did not recognize the actors from which other mentats were copied. If you have thinks about this, please write in comments.

Many people know about Dune 2, but very few have heard about Dune 1. Yes, this is not a real-time strategy, but it was just a great game for its time, which has now been undeservedly forgotten. However, in that game, as it should be in the Dune universe, there was a Harvester. He looked completely different from what we are used to seeing him. But even this vehicle had its own prototype - the spaceships concept from canceled film of Jodorowski.

This is the official sound fix for Dune II: Building of a Dynasty / Battle for Arrakis.

This is the latest official patch for Dune II: Building of a Dynasty / Battle for Arrakis.

Dune Dynasty is a continuation of the classic real-time strategy game Dune II by Westwood Studios. It is not a remake. It builds upon the original game...

The Emperor has proposed a challenge, to each of the houses: "The House that produces the most spice will control Dune. There are no set territories...

This is the full version of the Super Dune II Classic mod. It is intended for stand-alone installation but requires certain original Dune II files to...

nice game I just know it

I've never played this game but I'll give it a 10/10 because it's the father of modern RTS game.

Emperor: Battle for Dune Real Time Strategy
Tags
Embed Buttons
Link to Dune II: The Building of A Dynasty by selecting a button and using the embed code provided more...