Hi all, we are Digital Happiness, an indie game developer from Indonesia :)
We would like to take you on a supernatural adventure into the world of Indonesian horror with our game "DreadOut"

When a group of high school students went astray from a field trip, they came across something totally unexpected. A town long forgotten trapped in a peaceful state of slumber. What they did not realize was what lurks within. And what seemed like an innocent stroll turns into disaster as the secluded town reveals its dark and terrible secrets.

Act I and Act 2 released on Steam! Thank you to all of your supports. 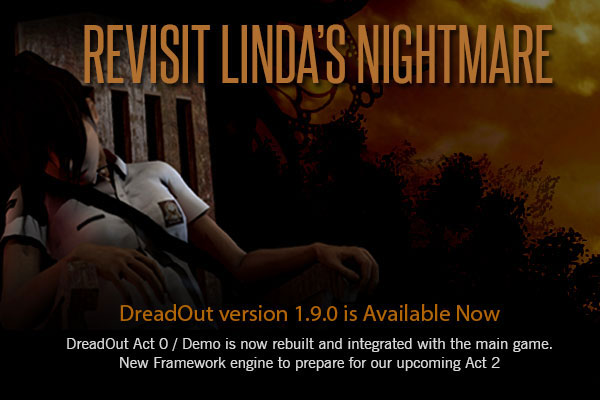 We're happy to announce that DreadOut version 1.9.0 is available now. This new version brings major updates to DreadOut, with some of the biggest highlights being:

DreadOut Act 0 Prologue / Demo can be seen as an integral part of DreadOut story, so if you guys have not played the Demo yet, you can now revisit Linda's nightmare as a prologue for the Act 1 directly from the main menu.

For you guys who wondering about DreadOut Act 2, there are some of ​the WIP shots. You can see more screenshots on ​DreadOut website.

The 1st act of DreadOut is now available on Steam!

First, thank you to all of you with your inputs and supportive comments. We noticed that there are users who concerned and asking about our platform supports...

The game is so awesome ! .. i really love jumpscares

this type of genre excite me! thank you heres my gameplay

The game is so awesome ! bro.. i really love jumpscares
this type of genre excite me! thank you heres my gameplay

Bad move with the female ghost, everytime you take a picture of her shes not actually getting damaged (the way the screen flashes and she reacts makes it seem like shes getting hurt) but you can spend 5 minutes doing that and she won't die she just occasionally teleports behind you. You actually have to photograph her back to kill her (just blind luck to figure this out).

This is a great game. A lot of a-horror elements, it reminds me of Fatal Frame (game) and Whispering Corridors (movie). Some bugs and inconsistencies, but overlooked for the gameplay and the fun. ghosts get annoying as hell though, and eventually it loses its scare factor. It's not the greatest game ever, it's not the greatest horror game ever, but it's decent, and was well worth the price I paid for it when it came out, so long as I get Act Two.

My only big issue is, I know a lot of fans and people were anticipating the game's release, so releasing it early without Act Two might've seemed like a good idea, but personally I would've waited, just because now there are some disappointed people, some disappointed people who are writing some negative reviews, and also, Now that I've got it good and done, I want to do *more* lol.

Played a little bit of the demo and was quite intrigued! It's surprising to see a game of such quality on the Unity game engine~

hope for the chapter 2 and be proud of indonesian gaming :)

we are indonesian and we are part of the game that will bring our nation well known to the world ..
all i can do right know is support our brother's game for winning this and future competition .. 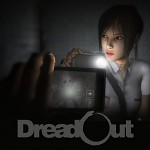