Do you want to become a developer? This game lets you do, although only your character becomes a developer, you can enjoy the feeling that they can support the virtual world of your creation. You have a lot of programming languages sions, while others, your character can learn. And that's not easy and you have to go to work, you have to eat and drink, you sleep. More features will be added later in the game.

About 45 years ago the first publicly accessible game was released by Atari named Pong.

2 years after that Atari hired Steve Jobs and he made for them the very first Breakout, the original one. It's sort of pong but vertical. We're happy to continue his original vision as many others also did. It's surprising how many people still enjoy it, especially people like me who plaid different variations of it during our childhood.

When we first had this idea of a breakout game I started to look up all the recent ones created and we found over 50 made just in the last years. My aim was to add more functionality. Thing is, we added so many more features it's almost an RPG now. So I'm happy to say we have one of the most complex breakout style games out there. During next weeks we will focus to make it as intuitive as possible as it got a bit out of hand with things you can do in game, like powerups, passives, points, coins, level points, skill points etc.

Right, on to the update:

- All art is almost done.

- Controller support adjusted and optimized. We'll have an option in the menu to chose what you're going to use since apparently playing with mouse and controller in the same time doesn't work as expected

- New main "dashboard" area... (we're still working on a name for that, it's like a "shop". Don't worry, no micro-transactions)

- Re-making the main menu (The feedback on the interactive model wasn't that good and we understood why. Thank you for everyone that shared their input on that).

- That's it. We're ready to launch the demo version in August.

As always here's another image from our latest stage. 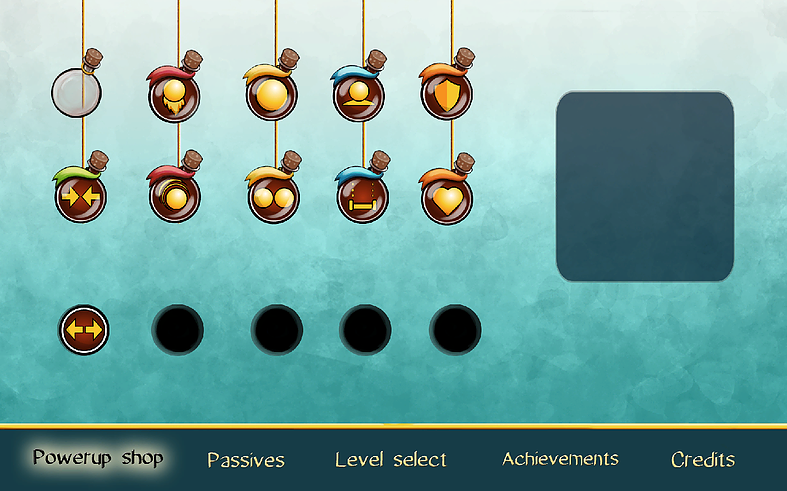 It's a small update.Most of you will see in the video

Work on "Create a project" !

Work on Project System and game in now version "Develop 1.1"