"It's a very cool game and highly recommended." - Day of the OUYA

"This is a very good game that deserves to be played more by fans both Tower Defense, Text Adventures, and Sci-fi. I recommend giving it a shot."
- Joshua Racz, ReviOUYA

Stranded on the wrong side of the Rift during an attack on the enigmatic Def Flotilla, you are thrown into the deep end and left to control an unfamiliar alien defense system. But this isn't just about saving your own skin - millions of Def, and the fate of human-Def relations depend on your actions.

So Def has been out on OUYA for a a little over six months now and it’s been great to get feedback from the people playing it, with a few Let’s Plays and some reviews popping up. But I know not everyone has an OUYA. Fear not ! I’m making progress on the PC / Linux / Mac version. An Android touchscreen version might also eventually appear, but there's a Unity engine bug that impacts enough devices that means this may or may not happen. Why is it taking so long ? Given that Def is built Unity, many people would expect you can just press the big ol' "Build" button and get a version for any platform. Well, Unity certainly makes multi-platform builds easier, but things are rarely that straightforward or simple (especially if you attempt to build for Windows 8 Store .. but that's a whole other story). 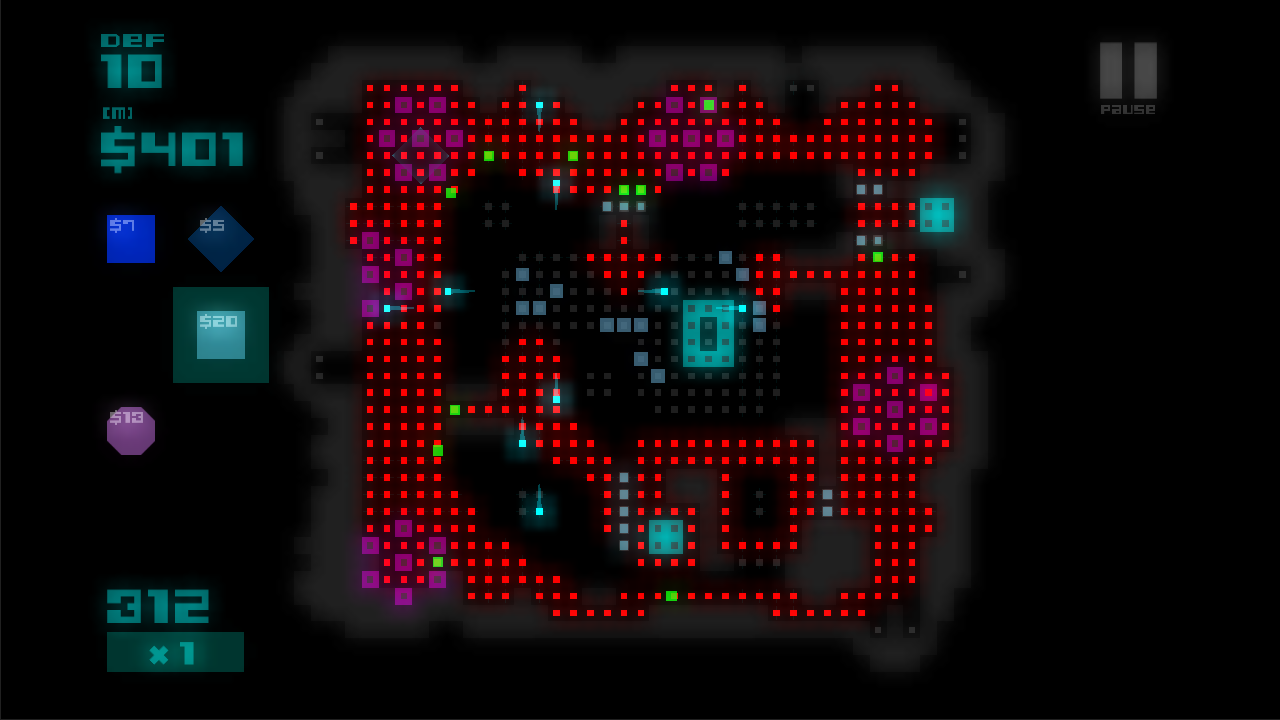 Firstly, right around the time when I released Def on OUYA, I also became a father. As in, there is now a new little person smiling and pooping around the house. This has been both mind blowingly awesome and very time (& sleep) consuming. Second, I’d always intended to do a sizeable update with a bunch of extra levels, after the initial release of Def. Basically like a big free DLC pack. The current version on OUYA is little shorter than I’d like, so I decided I should complete the ‘mega-update’ as part of the initial release on other platforms. Thirdly .. feature creep :) With a game like Def, I've really tried to make every new feature fight to justify why it should exist. Any new weapon or enemy should be reasonably 'orthogonal' to the existing ones. It’s intentionally minimalist and somewhat ‘cold’ (in a Kraftwerk “Coldwave” sense) … but there are times when I just can't help adding a few little extra things to spice it up. So, all things combined, the release date keeps getting pushed forward - but I don't think anyone is really paying attention. If you happen to be one of the three people waiting for this game ... Def desktop ports are coming, promise !So apart from 15 new levels, what new features are coming in the mega-update ? Well, I'm going to be doucebag indie marketing guru wannabe and reveal things piecewise. So that’s for another post :)

(Cross-posted on my blog)

Def is coming to OUYA first

I'm releasing Def on OUYA - check out the trailer !

Today I added a small but significant feature to Def - an indicator of where bases are being captured.

An update on how my approach to level design for Def is evolving - progression of towers and pre-saturating areas with Phr as no build zones.

This is a simple mod for Def intended to demonstrate how to make a mod.