Day of the Rising Dead

1981, the natural order of man has fallen. As the day begins to sets, the dead shall rise!

Happy Holidays from UNDEAD HORSE PRODUCTIONS! We are back with another gameplay preview. 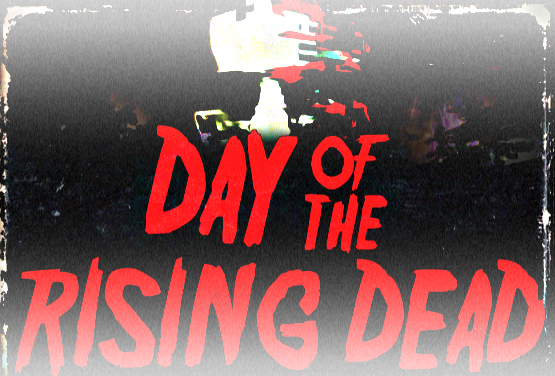 We are taking a deeper look at the BLACK MOLD MOTEL. One of the first areas land able in the game via helicopter from the world map. From the world map you will land to find fuel and supplies for the team to carry on. By carry on I mean fly out of that city or zone onto the next. The game takes place among different landscapes with varying populations. Each relevant to the outbreaks in the area. The countryside being the first area and most lenient on the player. As well as being 1 of the few morning maps. Here is a preview of gameplay with some features edited out to not give away too much of the game. The video was recorded on an 8th gen intel i5 on ultra-settings. There are multiple visual settings to adjust. The game will run nicely on a toaster, and fantastic on an average, mid-range, or high-performance pc.

At the star(ish) of the outbreak it was mistaken for something different. It was mistaken for Cult Violence. During the height of the "Satanic Panic" phenomenon, a special task force was created by local officials to deal with the worst of cases where strict professionalism is a must. October 4th, 1981. After numerous 911 reports from a small farming community a squad was sent to check it out. Unknowingly walking into a death trap that would leave every single one of them dead.

INSPIRED BY THE CRAZIES

Day of the Rising dead is an action-adventure horror game set in the 1980s. Features fully fledged voice acted cinematics. A bopping 80s synth soundtrack. Heavily based as if it was set in ROMEROS' "OF THE DEAD" series. It applies all of Romeros tropes and tons of easter eggs from the golden age of horror. All ending in a shopping mall where you take the ultimate stand. Can you survive this new world? Can you adapt to subsist in a country torn apart by walking undead cannibals?

Zombies play by the Romero rules. They are dumb and slow but plenty. 1-2 you may be able to juggle but once you are surrounded its game over. Zombies are the main threat, and the environment plays on that. You must search for gasoline and supplies to keep you sustained on the road/skies. Connect with others and build a strong bond to get you out of bad luck.

Day of the Rising Dead - Preview

A small preview from the developers. Day of the Rising Dead will be available this year to play. Join our discord for inside news straight from the undead...

Back with an exclusive trailer shot with THE NEW GAME ENGINE.

Thank you to everyone for the support. I appreciate each and every one of you for taking the time to view my project.

im loving the looks of this so so much. one of my favorite moddb projects ever, seriously. keep doing your thing

Great game! but one thung, can I get a discord invite?? the old one is expired i think

This game looks really good, no joke at all! I love the concepts, the Playstation inspired graphics, and the lore created for it. This has a very big potential to be one of the best survival indie games ever created in 2020.

I am looking very forward to this game being finished and being released, I'm definitely keeping my eye out for this. - Shadeoskullex

I like the concept of this game. Im tracking this

Whoever is voicing Sandra is pretty good, I must say! She also seems to be the one with the best microphone.

Indie
Tags
Embed Buttons
Link to Day of the Rising Dead by selecting a button and using the embed code provided more...