Ctrl Alt Ego is a first-person sci-fi immersive sim, ostensibly set on a remote retro-tech space-station. You play yourself, minus your body; a disembodied consciousness that can transmit itself between host devices, taking control in order to exploit their capabilities. Hostable devices include classic WASD-controllable robots, but also computers, switches, doors, toilets and toasters. Why you are there and how you got there in the first place... these are questions that can only be answered by your digitised ego as it uncovers your own backstory.

Thanks for voting and helping Ctrl Alt Ego on it's quest to become the 2022 Indie of the Year. You are now in with a chance to score some free games. Help this game secure more votes by embedding the widget (or link) we have included below on your favorite sites.

How has Ctrl Alt Ego been doing since launch?

It's been 2 months since Ctrl Alt Ego launched... it's gone pretty well!

I mean... it's not a monster hit or anything - far from it - but then never expected it to be. But I am extremely proud of the positive reception so far (100% approval rating on Steam at time of writing!). So I'm sitting on a highly rated immersive sim - there aren't so many of those in existence - which bodes well for the long term potential of the game.

I want to highlight the main 'boosts' that have kept the dream alive over the last 2 months.

Note: These aren't the only boosts! Just the biggest ones, I appreciate ALL the boosts the game has received of whatever size.

I was pretty sceptical about Twitter when I started using it to try to promote the game back in May 2021. I still don't get all that much interest in the game on there (though that has improved since launch). But you know what? It doesn't matter! The best part of being on Twitter is being able to share the journey with other game developers - to see what they're up to, to appreciate how much better at art they are than me etc. And it's not just other developers - there are content creators, influencers, journalists, players etc on there too, of all shapes and sizes. I highly recommend being on Twitter if you're developing a game. 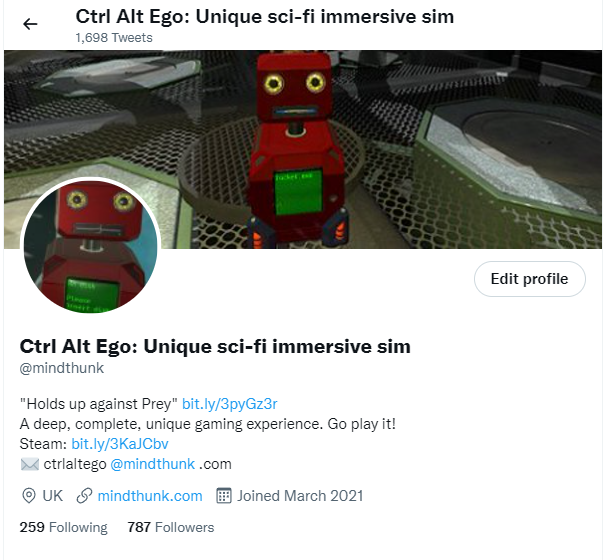 I have been trying to reach the gaming press since before launch and it's basically impossible to be heard when you're an unknown developer with an unheard-of game. It probably doesn't help that Ctrl Alt Ego doesn't have "insta" appeal.

But there is one journalist at least whose modus operandi is to go digging through unloved indie games and search for treasure. 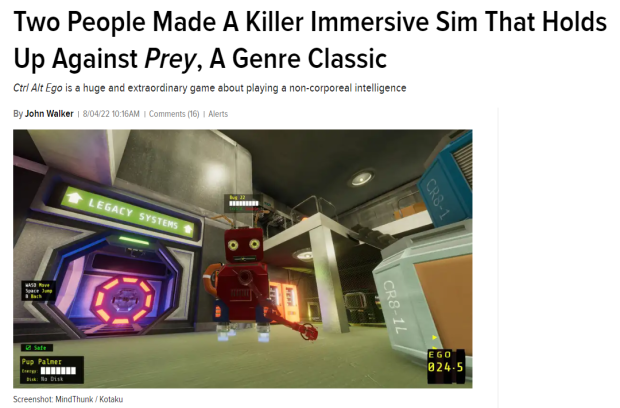 John's review of Ctrl Alt Ego has probably been decisive for the future of Ctrl Alt Ego. It gave the game a level of credibility (not to mention visibility) that it desperately needed.

Social media may not favour Ctrl Alt Ego, and likely only a handful of indiedb-ers are reading this, but Steam seems to like Ctrl Alt Ego! 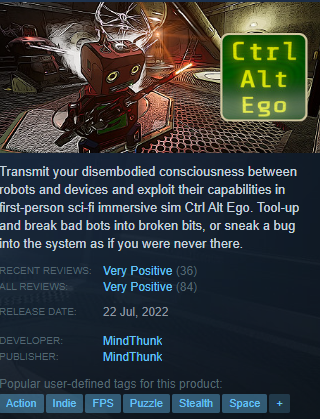 I have no idea how the algos work, but wishlist interest has been steady and 'huge' (comparatively speaking) since launch. Or maybe it's normal - I'm new to all this, so I have no idea.

Have you seen Charlatan Wonder's video about Ctrl Alt Ego? I mean... it's absolutely amazing and if you haven't watched it, stop reading this rubbish immediately and go watch it:

Ctrl Alt Ego Is the Best immersive Sim in YEARS 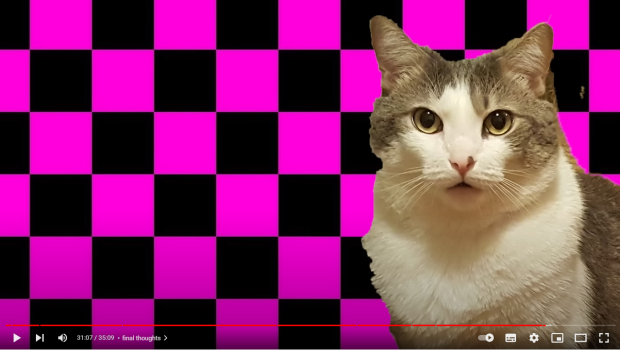 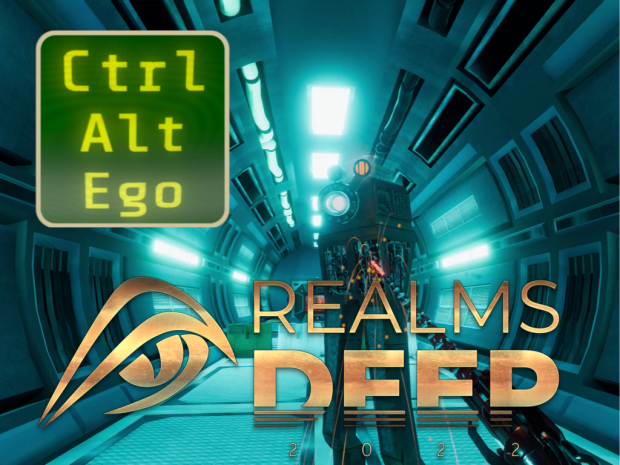 I applied to be included in many curated events over the last year... only to be rejected from them all.

But then finally I got my break with Realms Deep 2022 (from 3D Realms) - being in this event was a huge boost.

Thanks to all who have picked up the game, hoping you are the first of many more!