Crusaders of the Lost Idols

Crusaders of the Lost Idols is the Award Winning clicker idle game of heroic awesomeness.

Create a band of unusual heroes to battle monsters, earn gold by killing them and use it to level-up and unlock new character abilities. Organize your Crusaders by designing the perfect formation for maximum damage.

Master Formation Strategy over multiple campaigns and events that are updated every month.

The only clicker/idle game to feature a formation system. Crusader specific abilities, buffs, and gear challenge the player to find the best formation every campaign and event.

Collect an unusual host of over 30 characters such as The Bat Billionaire, Emo Werewolf and RoboTurkey, inspired by the world of video games and popular culture with more added Every Month.

Hundreds of Areas to Play

Master over 6 campaigns with dozens of objectives with deep playability and challenge; more campaigns released regularly.

A cornucopia of content with hundreds of unique upgrades for each character, including unique gear, and buffs are available to collect.

Each day players are challenged to complete mini-objectives that reward success with precious red rubies.

Send your idle Crusaders on side missions to unlock past Event Crusaders, new gear, earn Enchantment Points and jeweled chests plus more!

Crusaders of the Lost Idols: The 11th Objectives

We're pleased to announce our biggest update yet to Crusaders of the Lost Idols. Six new Crusaders are available to unlock from six brand new objectives in the existing campaigns.

Each of the six campaigns now feature a new eleventh objective that's going to require your very best strategies to beat. 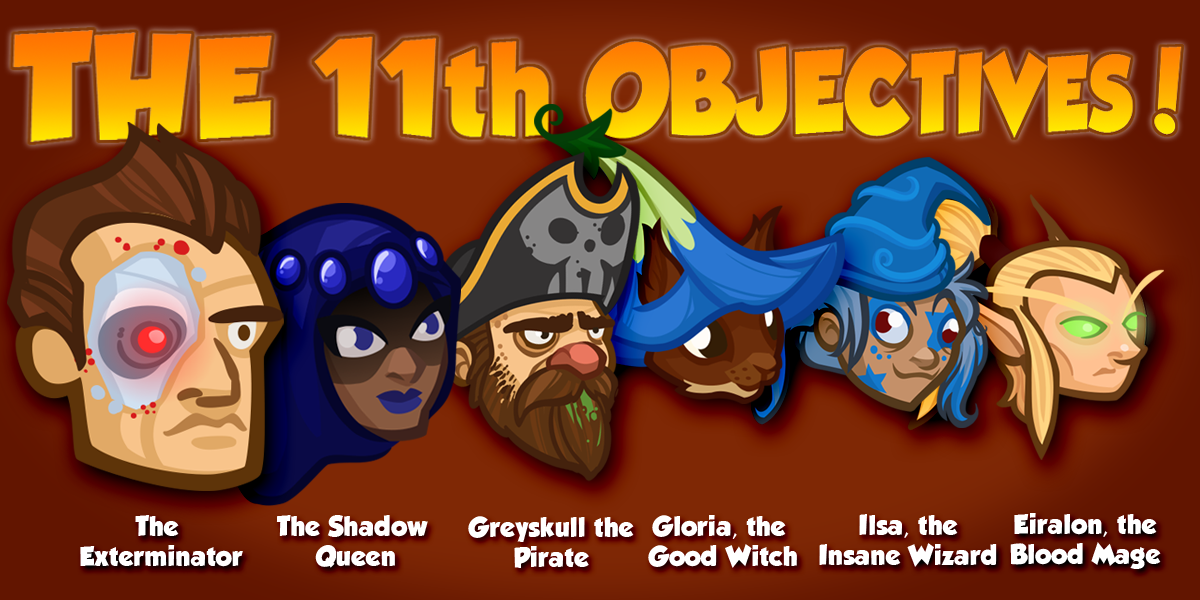 We're not going to spoil the surprise by telling you about their traits and formation abilities. We'll leave you to find that out for yourself. To get started, open up the Objectives menu and select 'Gray Goo' in the World's Wake campaign after you've completed all the other objectives.

To celebrate the launch of the 11th Objectives, five Crusaders will also get anAutumn's Upon Us weekend buff!

From today until Monday, September 26 at Noon PDT, Jim, Jason, Dark Gryphon, Sal and Draco all get a limited time buff applied automatically.

Also, check out the limited-time Autumnal Jeweled Chests that contain equipment for the five Crusaders above! (Please note: The chest will only contain gear for Serpent King Draco if you've unlocked him.)

The new objectives and Crusaders are all available from today. Good luck, Crusaders!

As the Summer Games and the Dr. Evil's Summer Sabotage event draws to a close, Natalie is in search of a Gold Medal. To help her, we're buffing five Crusaders...

After a giant, surreal opening ceremony we are delighted to declare the Crusaders of the Lost Idols Summer Games open!

Indie
Twitter
Tags
Embed Buttons
Link to Crusaders of the Lost Idols by selecting a button and using the embed code provided more...