Coward Knight is a stealth game with a fantasy setting that puts you in the shoes of a funny little knight that grapples with a dreadful evil master: available for PC, Mac, iOS devices and Android!

It was a dark and stormy night… ehm… no, that’s another story! In a kingdom where princesses are regularly kidnapped by evil masters, heroes begin to run out. On an unlucky day the King’s daughter is kidnapped too! The King spends many days trying to find a young and strong man who is able to rescue her, but he only finds a little knight named Coward, with neither experience nor physical prowess! The King gives him two choices: rescue his daughter and get a huge reward or die! So, Coward looks at the tower, clenches his teeth and gets ready for his new adventure! Will he finally become a true Hero?


In Coward Knight you can move silently or you can run, it’s up to you! If you run you will make noise and enemies could hear you. Instead, if you walk you can sneak silently through the level!

Our little hero can hit and defeat the guards, but be careful! He is smaller and more defenceless then those who keep him apart from his beloved, so you should use your offensive capability with intelligence and strategy.

In Coward Knight you can unlock several goals in every level! For example, you can collect every rupee of every level, improve your score, complete the levels unseen and kill all the guards unheard!

The levels are full of dreadful traps, like thorns, noisy worms, dangerous axes and many other insidious dangers. 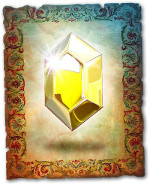 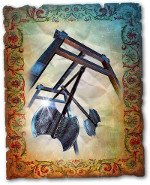 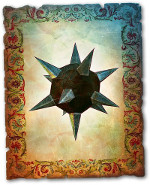 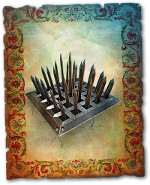 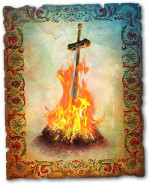 In the dangerous levels, besides death traps, you can find magic power-ups too that improve some skills, for example speed, or give you other skills, like invisibility.

Besides traps, there are a lot of enemies that will try their best to stop you!

To promote Coward Knight A Stealth Adventure and grow its popularity (top games), use the embed code provided on your homepage, blog, forums and elsewhere you desire. Or try our widget.

Discover an intriguing and fascinating new epic story of power, revenge, and conspiracy set in a pivotal moment of history: the Italian Renaissance.

The Elder Blocks have been stolen, get your thiefy-tools and pack your stuff for the most dangerous journey of your life! Steal, assassinate, find your...

Take the role of Ninja on a path to vengeance. Somewhere in the great city lies a fabled Demonblade. The exact resting place of the sword is unknown...

An action/adventure stealth game mixed with parkour being developed for PC & PlayStation Certified Devices (including the PlayStation Vita) via PlayStation...

You are the once-trusted bodyguard of the Empress. Framed for her murder and driven by revenge, you must become an infamous assassin, known only by the...

Discover the true meaning of fear in Alien: Isolation, a survival horror set in an atmosphere of constant dread and mortal danger. Fifteen years after...