Fritter the cockatiel has grown so fat that she can no longer fly or climb over to her bowl full of nummy seeds. Roll the bird along perches and down ladders to drop her safely into her food bowl. Don't forget to reward her with any tasty snacks that might be lying around along the way... the fight against gravity is hard work!
And watch out for Fritter's cage mate, Dumpling. When he's around he'll try to hog all the food for himself!
Cockatilt contains 42 levels of gravity based physics puzzles with no pesky in-game advertisements or micro-transactions. Collect all of the snacks in every level to unlock a silly new way to play. 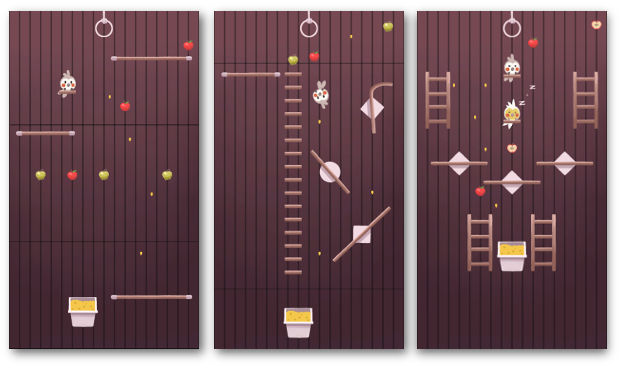 We're adding the individual store links on our websites and shouting out to the world that Cockatilt is released. Won't you join us and tell your friends?

Cockatilt is fully funded on Kickstarter!

We are now fully funded on Kickstarter! With your help, we can hit our stretch goals and make the game even better.

Back us on Kickstarter!

Cockatilt is on Kickstarter. Help us out by becoming a Backer!