Version 2.90 patch changes (December 18, 2021):
- Includes Flintlock's latest EXE patch (C3X_R9)
- Land Settlers on board ships can no longer build cities in water tiles (thanks Flintlock!)
- Overhauled (increased) Unit Movement - most infantry units now have 2 movement points, and most Cavalry now have 3 movement
- The goals of this change are to create the following effects:
* Moving infantry units is now more strategic. You'll want to travel along flat terrain when possible for quicker movement (instead of in previous iterations where terrain was disregarded since you could only move 1 tile per turn regardless of terrain).
* Foot units can now be used more often on offensive pushes along with mounted units, since the difference between their movement and mounted unit movement is less significant
* Units with movement bonuses along certain types of rougher terrain are now more valuable
* Certain races that have a connection with types of terrain can now have almost all of their units benefit from moving on that terrain (example: most Amazonian units now move more quickly through jungles)
* Using most workers is now less tedious as they are able to get from point A to point B more quickly
- Overhauled Terrain Outputs:
- Increased shield output of Forest & Jungle Tiles
- Increased bonuses from mining Hills & Mountains to +2 (but slightly increased turns required to mine)
- Forests can no longer be mined (due to the higher default shield bonus from Forests)
- Effects of above Terrain Output changes
* Looking for more 'balanced' terrain types when founding cities is more beneficial (less "grassland hunting")
* AI keeps vegetation around more often (Forests & Jungles)
- New Small Wonder: Metals Camp
- Villages can now grow to size 7 before needing a Warehouse
- Towns can now grow to size 13 before needing an Aqueduct
- Added additional unique techs to some races
- Most settler units are now slightly more expensive to make up for their quicker movement
- Movement along Roads is now uses 1/2 movement point
- Undead Tomb Crawler worker rate increased from 75% to 90%, but they move more slowly than most worker units from other races
- Slightly increased Map sizes
- Remodeled Spell Spire system to avoid accidental 'resets' of autoproduction cycle when switching to higher levels
- Remodeled upgrade system for building-produced upgradeable units, to avoid accidental 'resets' of autoproduction cycle when switching to higher levels
- Lightning Sphere rebalanced and now correctly eliminates all corruption
- Rebalanced strategic resource yield bonuses
- Experimentation tech now correctly requires Preservation tech
- Increased frequency of Domestic Products created from some Domestic small wonders
- Beast Lair now correctly gives Barracks for all cities on continent only
- Amazonian Level 3 Slaves now have higher Work Rate
- Goblin Fanatics, Wood Elven Path Finders, Osiri Javelineers, & Naga Crocs now have Blitz ability
- Reduced cost of regular and overseas Harbors
- Several Orc Units renamed
- Added Blitz ability to: Dark Elf Executioner
- Wood Elf Trustfall Rangers can now be upgraded
- Fixed issue with Jade Empire's Jade Sanctuaries being too cheap
- Fixed issue with Lizardmen Skink Worker being listed twice in city build list
- Frostling Polar Guidance tech is now cheaper and available earlier
- Astur trees now require Polar Guidance tech in order to be visible
- Fixed issue with Winter Cog not having correct 3 movement points
- Corrected an inconsistency between Steam and non-Steam labels.txt file for 'Ranged Attack' action
- Additional Civilopedia updates 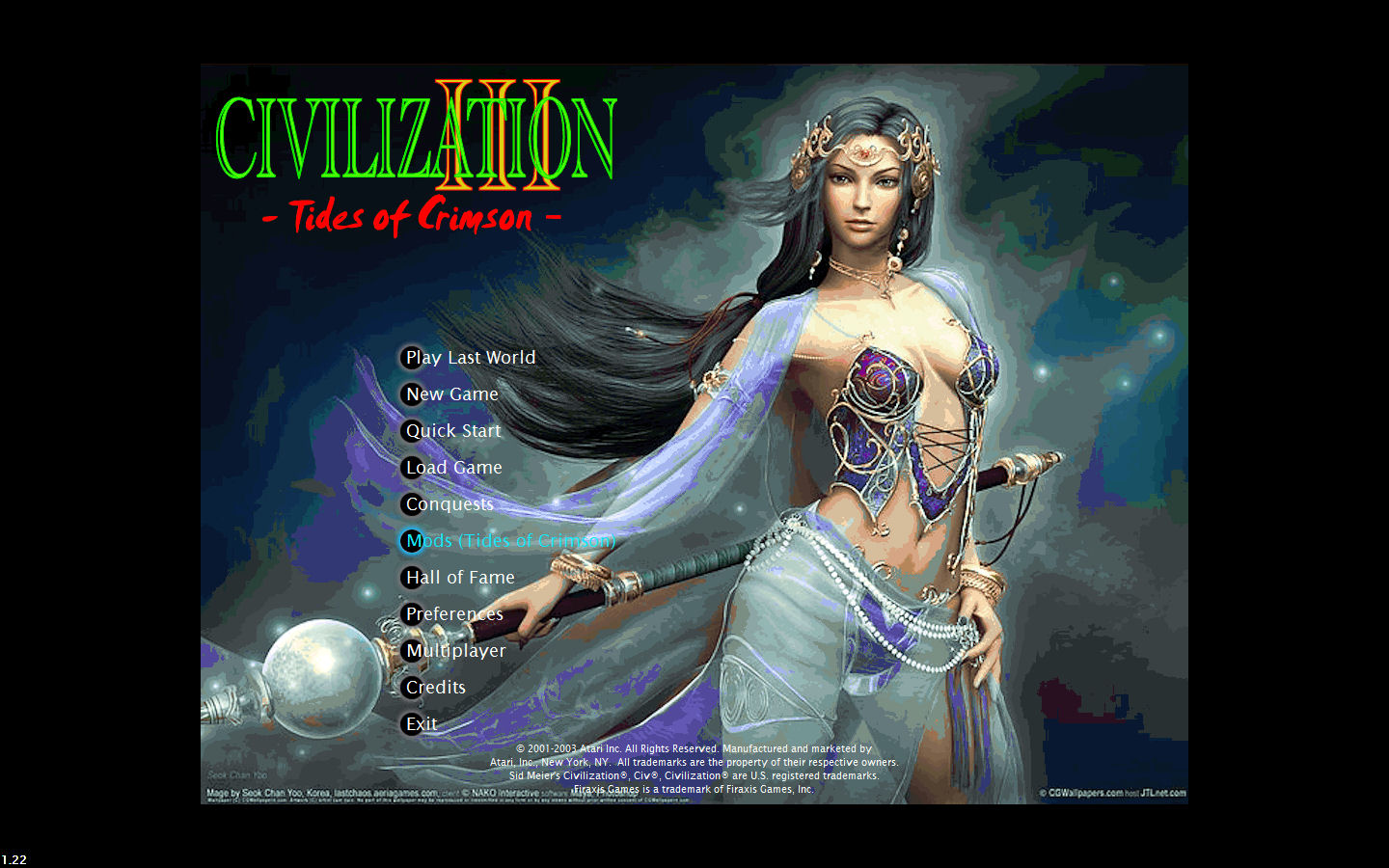 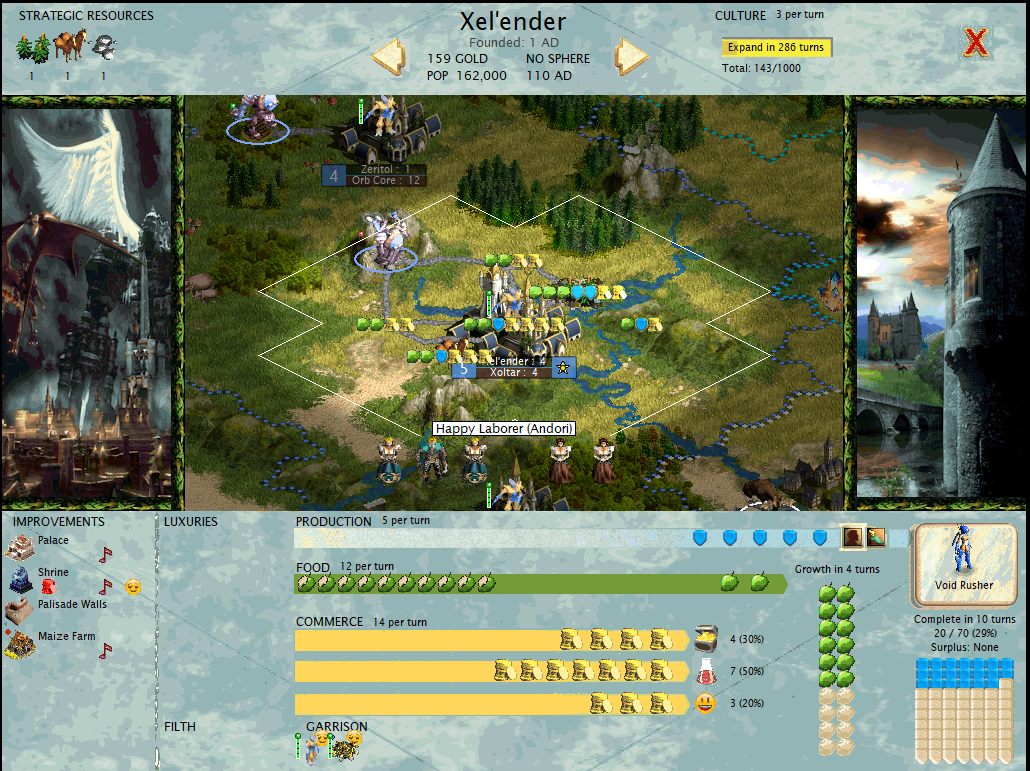 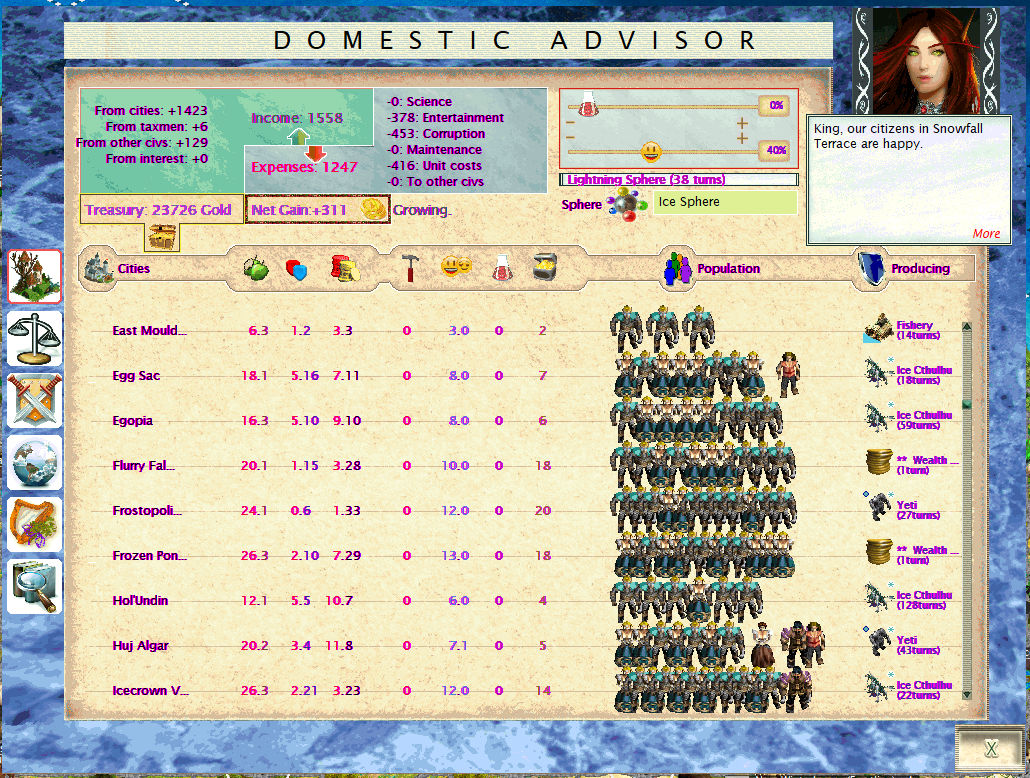 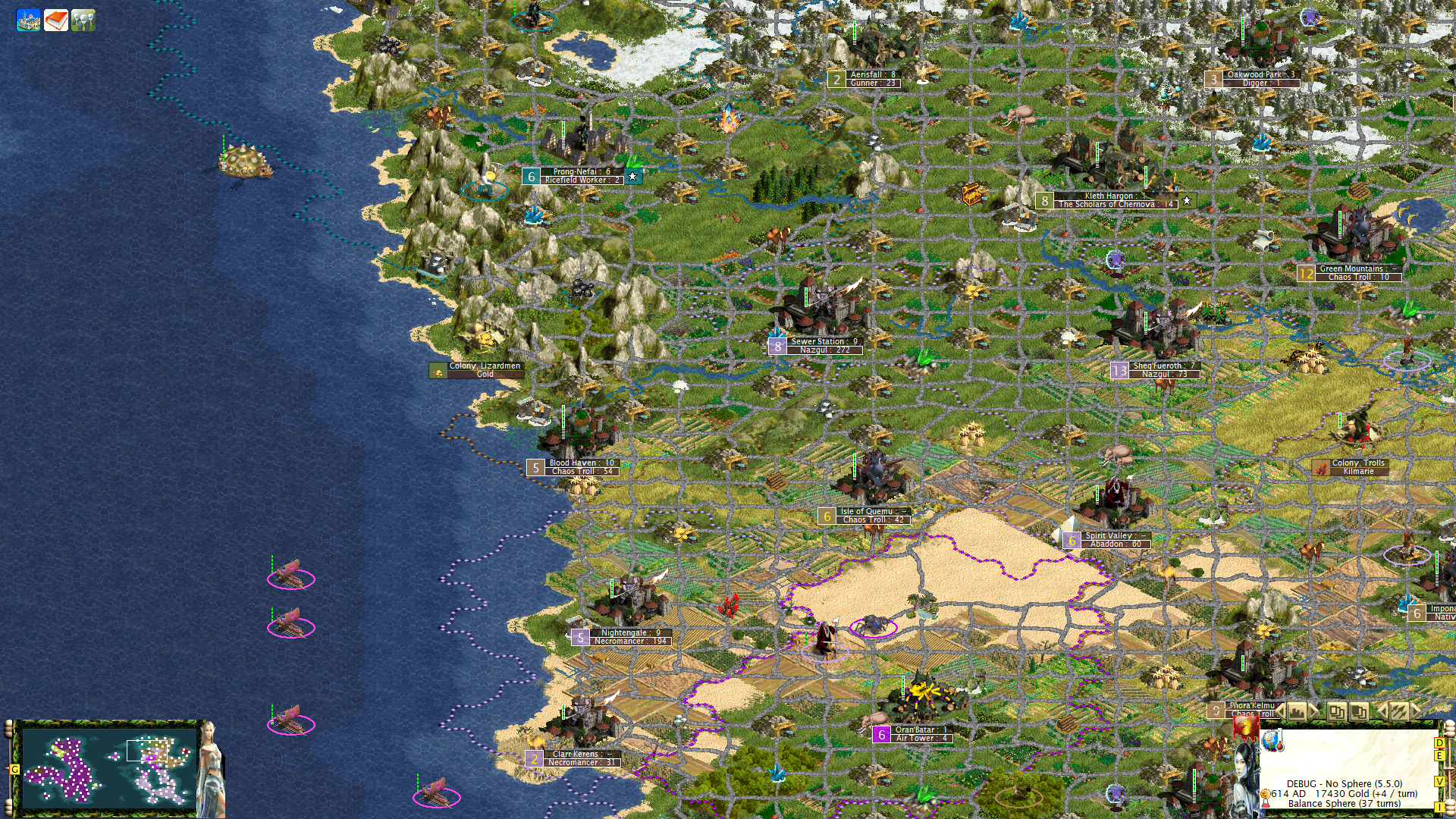 New Patch v 2.88 has been released! Details below.

Tides of Crimson has just been updated and fully released on Mod DB. It is a full-conversion fantasy Mod with many gameplay changes. Alterations have...

The updated version of The Third World War 1989 is now available for Civilization III Conquests/Complete. Building on extensive play-testing and evaluation...

Tides of Crimson is a full-conversion fantasy Mod with many gameplay changes. Alterations have been made to create diversity among civilizations and improve...

Mod based on one of the greatest C3C mod - Rise and Rule.

Mod based on one of the greatest C3C mod - Rise and Rule.

Master Of Myrror I 2.0 Final Release

Master of Myrror Fantasy Mod - by Drift This download contains the final Master Of Myrror I 2.0 beta 3 with patch 2 release by Drift and packaged together...