What is Chronicles of Astrum?

Chronicles of Astrum is the first true FPS/MOBA to be developed. Taking the much loved elements of games like DOTA and League of Legends, with the action and immersion of a First Person Shooter, COA aims to bring players into the ultimate teamwork and tactical experience.
Players take the role of mercenary super soldiers, hired out by an elusive corporation to three warring factions, as they battle for the most prized rare mineral in the known universe, Caelinium. Capable of enabling efficient warp-space travel without requiring the economy of an entire civilization, Caelinium deposits on the ancient alien planet, Astrum VII, provide the forces of the United Earth Federation, the Oran Republic (outer colonies governing body) and the massive criminal organization, the Marauders (commonly known as Space Pirates).
Who you fight for makes no difference to the company. You are gods amongst men - death will not find you here, only victory. Your fellow employees will help or hinder you, yet you are nothing without them.
Astrum calls for you, soldier.
Now deal with it.

Features:
- Take part in 8 vs 8 vs 8 lane based combat, building up both yourself and your teams AI to becoming an unstoppable force. COA focuses on rewarding the team that works together the most and uses their funds wisely to attain victory, and the spoils that come with it.
-Per match loot system! Gain loot that gives you access to rare armor and weapon skins, play your class the way it's meant to be played and unlock rewards that define you from the rest of the pack.
- MMO grade customization and out-of-game leveling! Unlock and buy a huge range of armor and weapon skins for each class. Make a character and experience the game from the easy to learn beginning to the advanced ranked experience at max level.
- Don't choose a hero, make your own! Choose from 7 completely unique classes that act as team roles, then select from a massive range of abilities both active and passive that become available as you gain experience and level up your account.
- Massive range of abilities allowing you to create the perfect hero, with the option to specialize each ability even further. Unlock abilities as you level up, add different effects and features and feel the game go from humble beginnings to unpredictable madness as you make your character exactly the way you want.

Hell Frog Studios is an independent video game developer, based in Brisbane, Australia.
Made up of a team of rag tag, foot to the floor developers, Chronicles of Astrum is the product of our combined love of video games what it means to be a gamer - we are our own biggest critics when it comes to making the most addictive and groundbreaking MOBA to date. We look forward to working as close as possible with the community to bring you the best experience possible!

Hell Frog studios will be holding Alpha testing sessions in the Brisbane area over the months of December and January! Simply like our page on Facebook or IndieDB for details on how to attend.

Attendees to alpha testing will receive exclusive limited addition content accounts for use at game release.

Here is a preview image of an in game look at Federation Minions fighting a wave of rogue jungle creeps: 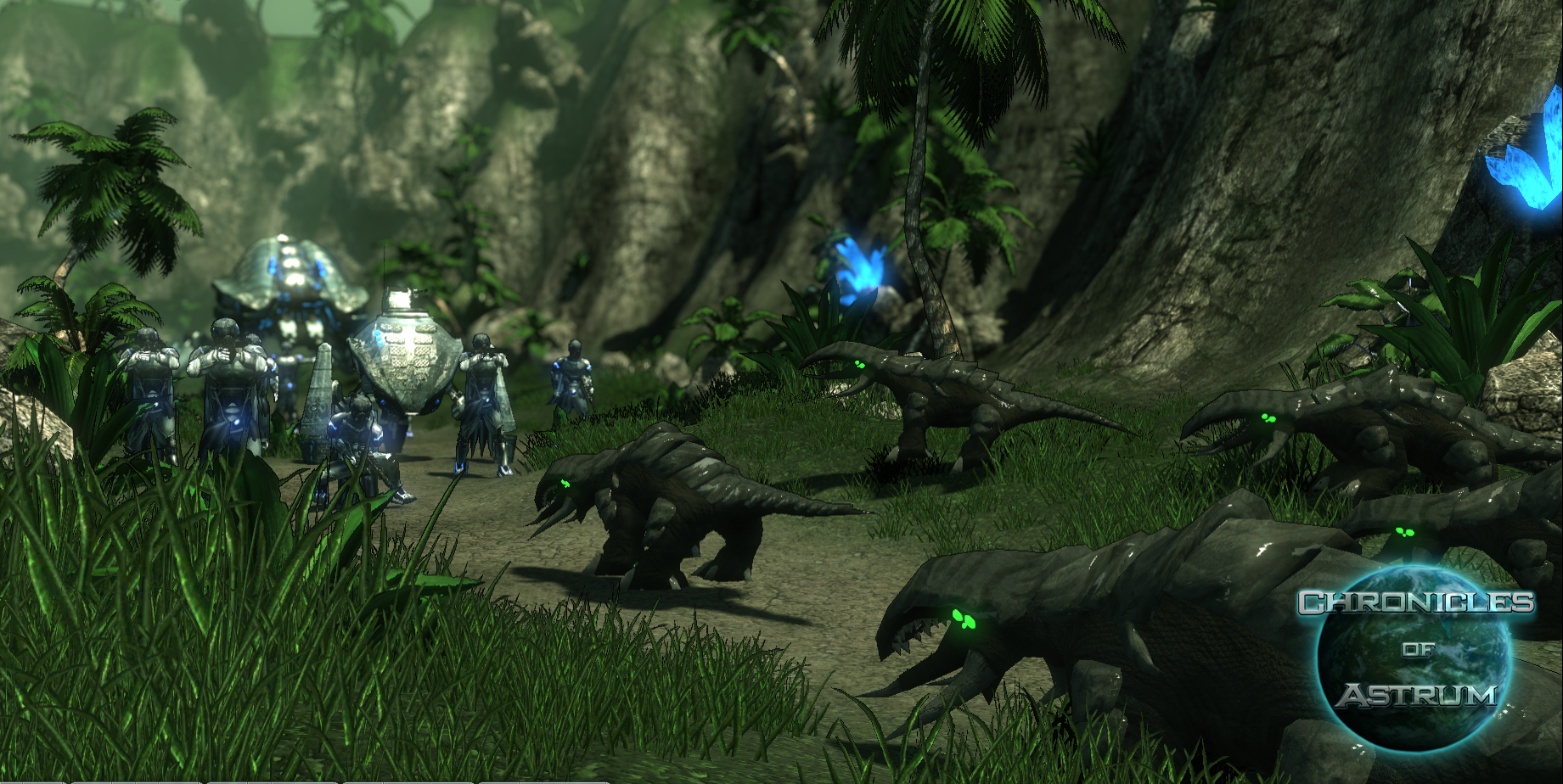 Any questions about the alpha testing period can be directed to either our studio Facebook page or our IndieDB page.

Hell Frog Studios Interview with Liam Beale from The Biotank

Hello everyone! Today we release some information and screenshots of our first of seven playable classes in Chronicles of Astrum - The Marine.

Indie
Tags
Embed Buttons
Link to Chronicles Of Astrum by selecting a button and using the embed code provided more...