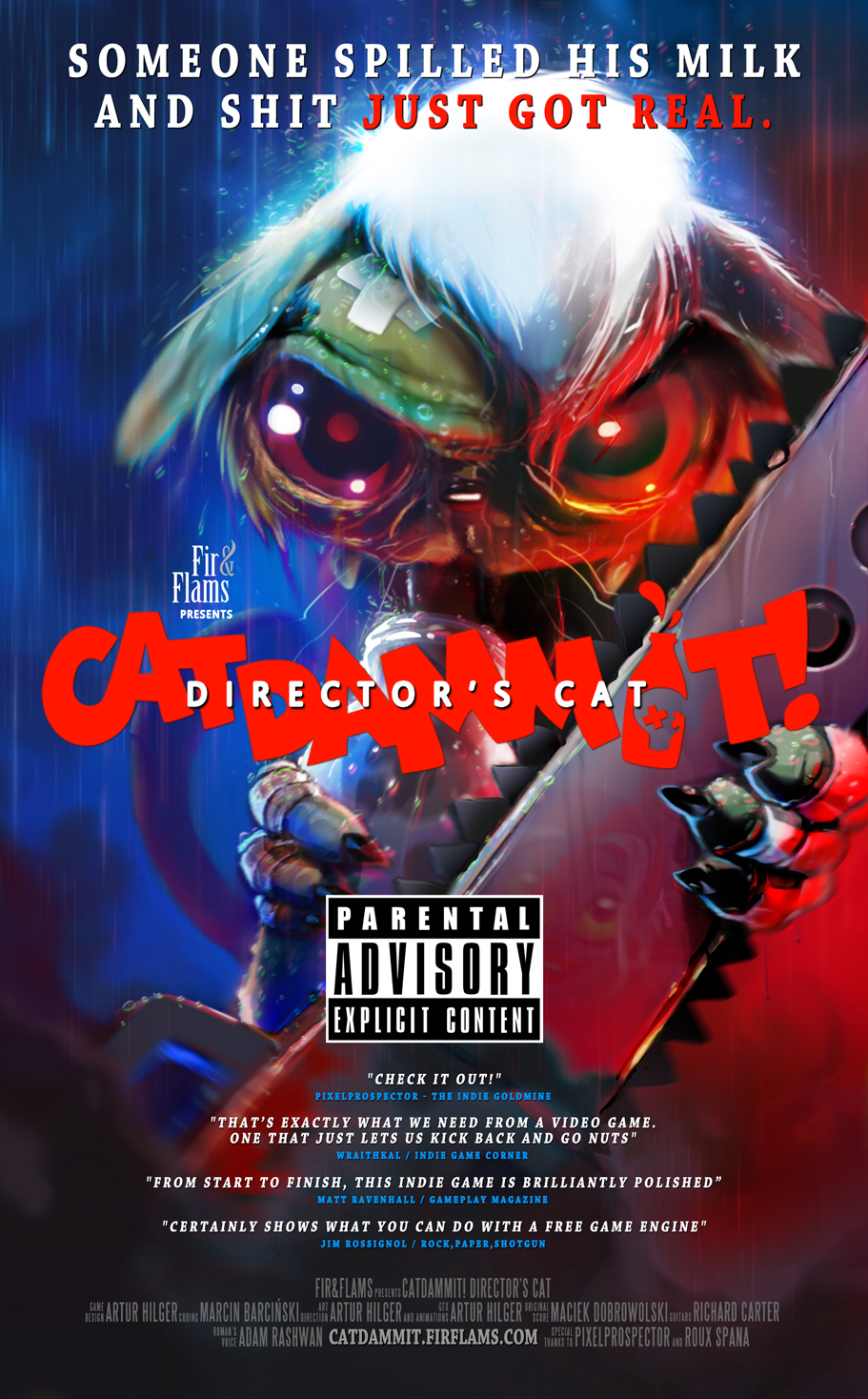 You are Roman - a milkoholic hobo cat, roaming city streets with a chainsaw in your paws! Destroy everything! It's like an arcade beat'em up, mixed with Mario, infinite runner and a lot of retro love.

★ STORY:
It was just one of these mornings. Roman, a drunk, milcoholic cat was taking a hangover nap in a dirty backalley thinking that nothing worse in the world could ever happen to his sorry bottom. But when he found a chainsaw in the depths of a local dumpster - he had to change his statement. The chainsaw immediately got stuck to his filthy paws, TURED ON and dragged him towards the city streets filled with kawaii inhabitants. This is how CATDAMMIT! begins. Roman can't stop and nothing can stop Roman.

Thanks for voting and helping CATDAMMIT! on it's quest to become the 2022 Indie of the Year. You are now in with a chance to score some free games. Help this game secure more votes by embedding the widget (or link) we have included below on your favorite sites. 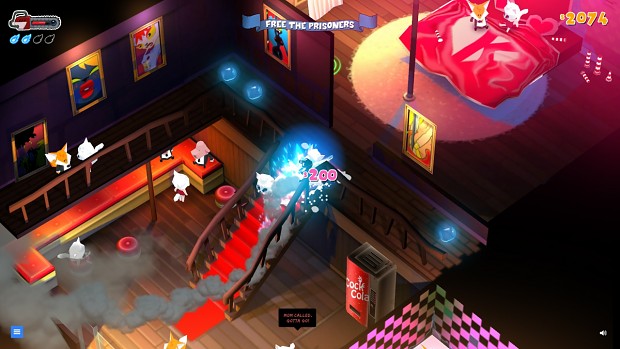 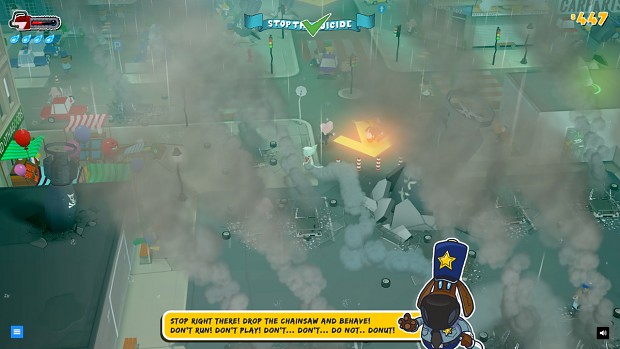 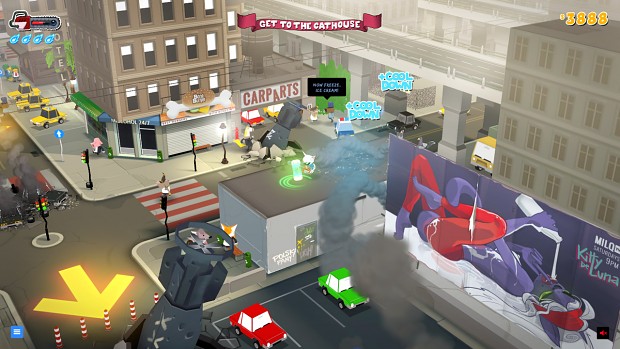 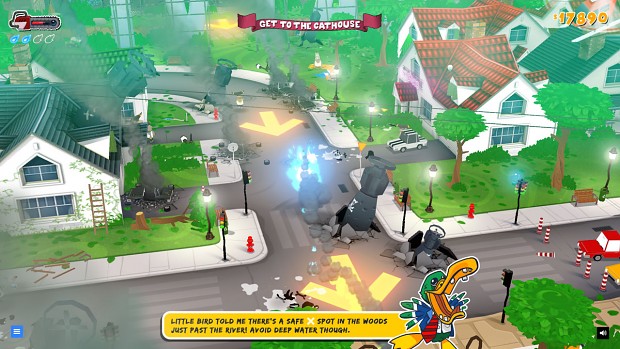 These are the new screenshots taken directly from the new version of "CATDAMMIT!" - the "Director's Cat"

Don't forget to vote for us!

Shot of milkohol for everyone who upvotes us on GREENLIGHT: :)

We have decided to try our luck with Greenlight. Help us get to Steam and finance our future projects!

Here's the official poster for CATDAMMIT! Director's Cat! We hope You like the grim - inspired by some retro classics - look of it! The Director's Cat...

We are working on some improvements for CATDAMMIT! (with the upcoming "Director's Cat" update) It's so here's a picture showing a few new things at once...

Oh my cat! It's full of animated GIFs!

looks great. The action seems legitimately over the top.

thanks and yes - it definetely looks more chaotic when you are watching someone play than when you actually are playing yourself...

Awesome, it's made in Unity. Have you guys considered bringing Catdammit to the PlayJam GameStick or OUYA?

but isn't ouya dead? was gamestick ever alive?

No, and not yet. GameStick comes out at the end of the month. Judging from your response I'm going to guess that's a resounding 'no' though.

tbh we were not taking them under consideration, are they worth the effort?

Well, I'm planning on getting a GameStick, so I might be slightly biased. Dunno though. I've heard Unity is pretty easy to port to them, so might be worth looking into?

WOW, very nice, i put you on Gaming.zone.online.fr

Thank You! The update's coming soon :)