Cannon Brawl is a new 2D action strategy game with a lot of depth. It's an exciting blend of real time strategy and destructible terrain.

Fight your way through the campaign and then head off into online multiplayer to prove your skill!

Thanks for voting and helping Cannon Brawl on it's quest to become the 2022 Indie of the Year. You are now in with a chance to score some free games. Help this game secure more votes by embedding the widget (or link) we have included below on your favorite sites.

Cannon Brawl is coming to PS4! 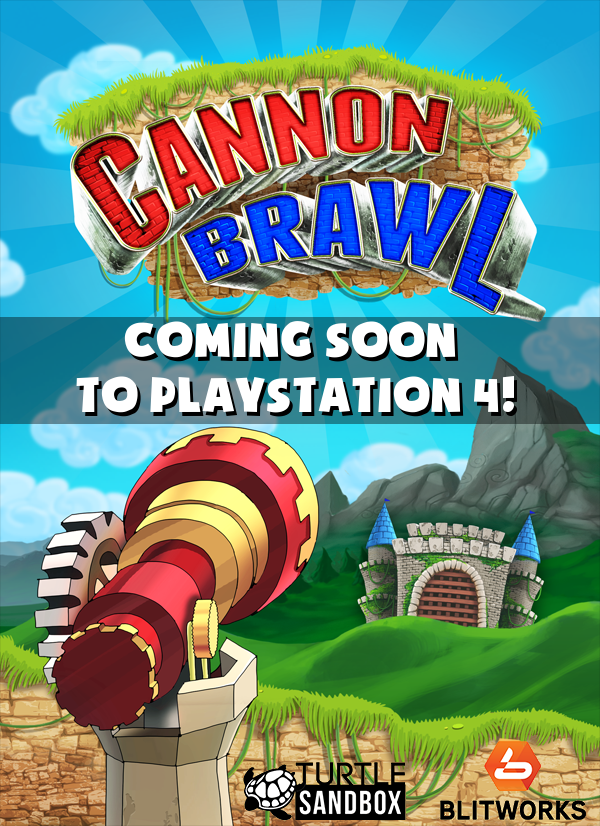 When we first started Cannon Brawl, years and years ago, Microsoft had just announced XNA. It was amazing, anyone could make a game for Xbox 360! Cannon Brawl was developed during that time and we played most often with the controller.

After lots of designer iteration (at one point you played as a little person that ran around on the ground and could jetpack jump) it turned into an action RTS game like no other. You command an airship, you directly control your units, terrain is fully destructible. It's a very unique game.

Then Microsoft shutdown XNA. We focused instead on a Steam release and judging by player reactions it was very successful (96% positive reviews, yay)!

But now Cannon Brawl will finally get a chance to shine on a console. All you folks asking if it'll come out on consoles, our answer now is a big yes! We've partnered with the fine folks at Blitworks to port the game to PS4!

Want to play Cannon Brawl with your friends? We’re releasing a free demo so your friends can try it out!

We'll be at the indie MEGABOOTH, stop by and say hi! Also, watch as I explain some pro-level Cannon Brawl strategies.

In our beta update, continuing our quest for ever deepening strategy, we add a knight airship pilot and a Lightning Tower!

I really pity that this game is only published on steam :(
I never had steam installed and never will.
Steam requirement for a game is a reason for me not to buy it.
Which really is a shame because your game looks like a lot of fun.
Kind regards,
DJGummikuh

Maybe one day we'll port to a console :)