Battle for the Mountain Throne is immersive VR game about Bloody Wars between inhabitants of Mountain Kingdom: Dwarves, Goblins and other deadly cave dwellers.

You will take the role of mighty Hero from Dwarven people, who is ready to crush thousands of enemies both on top of the snowy peak and much deeper in the shade of dungeons to confirm your rights on the Mountain Throne!

There are plenty of battles with enemy hordes and powerful monsters, deadly traps and large, hard to conquer levels in the game.

The Game consists of several battles at different locations with numerous opponents.

Player gets various combinations of weapons, optimal for passing each level, selected from these types:

Main objective on the level usually is one of these tasks:

- simple victory over all waves of opponents,

- survival for a certain time,

- passing through the level.

- strong hammer blows allow to throw enemy into the abyss,

- accurate shots lead them to turning over,

- targeted attacks are blocked by the shield.

It is worth to note that opponents are not easy prey - if player looks aside and miss several attacks, enemies can get him shortly.

Game is really challenging and even most experienced players can enjoy.

To promote Battle for Mountain Throne and grow its popularity (top games), use the embed code provided on your homepage, blog, forums and elsewhere you desire. Or try our widget.

Hydroneer is a mining and base building sandbox. Dig for gold and other resources to turn a profit and enhance your mining operation. Build a base of...

In the middle of battle, the floor beneath your feet rumbles and shakes, the sounds of the ground giving in striking fear into the hearts of those around...

Developed by Kyiv's Games (subsidiary of Monte Cristo Games), the epic saga of Silverfall continues in this latest epic entitled "Earth Awakening" which...

The Legend of Zelda: Ocarina of Time is an action-adventure video game developed by Nintendo's Entertainment Analysis and Development division for the...

Might and Magic 6 may look bad in todays standards, however what lies underneath its dated engine is a complex storyline outclassed only by the depth...

Drakan: Order of the Flame

Drakan: Order of the Flame is an action-adventure computer game. The game follows Rynn, a young woman with extraordinary martial skills, and an ancient... 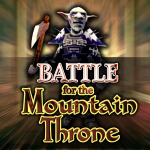