Atlas Reactor is a new kind of PvP battle arena that fuses simultaneous turns with tactical team combat. Quick, timed turns challenge players to quickly read a constantly changing battlefield, master and customize their heroes of choice, and coordinate with teammates to take down enemies. 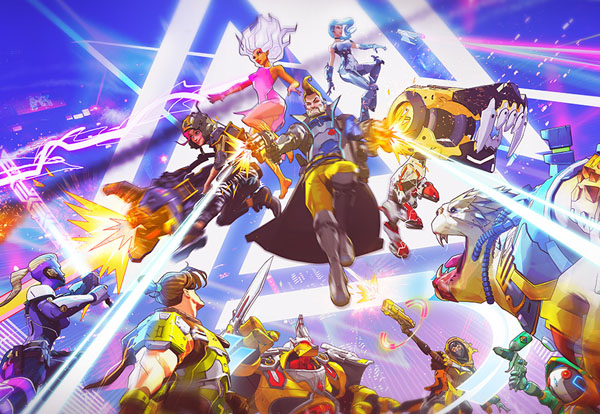 Compete in 4v4 deathmatches against enemy teams or vs Bots. With the range of character abilities and combos possible, no two matches are ever the same.

Battle as any one of an ever-growing number of Freelancers: futuristic heroes with huge personalities and five unique abilities that can be customized to your playstyle.

Experience the story of Atlas through “Seasons,” a multi-week story arc with challenges that reward regular gameplay with bonus loot!

A leap into the future

Step into the cloud-piercing megacity of Atlas, where Freelancers fight for (and against) monolithic Trusts to control the last Reactor on the planet.

To promote Atlas Reactor and grow its popularity (top games), use the embed code provided on your homepage, blog, forums and elsewhere you desire. Or try our widget.

Five of you. Five of them. Face off in a tactical battle where everything you build, destroy, construct or shoot has devastating impact on the entire...

Defence of the Ancients pits two teams of five players against each other in highly competitive, 40-minute or longer matches. Each player controls a single...

Join the futuristic online open-world shooter where thousands of players scour a transformed Earth competing for alien technology. Hunt alone or with...

Take Thy Throne is an online multiplayer medieval MOBA game. The point of the game is to take down the enemy's towers and barriers to get to their King...

Grab your friends, hone your blades, and set off for adventure in Trove, the ultimate action MMO! Battle the forces of Shadow in realms filled with incredible...