Not only it includes aspects from the classic game, but combines the best gameplay details from the three most popular MechWarrior games (Mechwarrior 2/3/4) as well as it implements new Classic Battletech rules that were long awaited by most die-hard Battletech fans, and looks forward to include even more control over other types of units aside from the well known 'Mechs.

Like in the classic game, the storyline-timeline is based around the refusal war between the Clan Jade Falcon and Clan Wolf and also currently including its post-war expansion: Ghost Bear's Legacy. 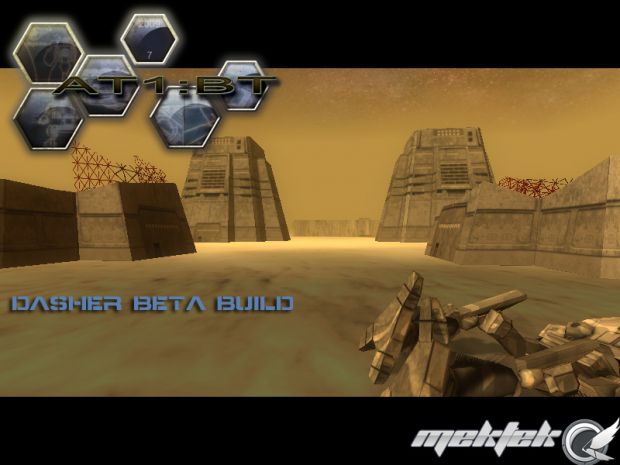 Today a mysterious splash page appeared on MekTek.net's homepage. We can not comment as to the exact nature of this splash page at MekTek but we can only...

If you have money to spend or will be in the area and are interested in meeting some the minds behind Mechwarrior then please find yourself to the Invasion...

Been a while, you might say? With the successful release of Mechwarrior 4: Mercenaries 3.1 and the few screws Vam had to adjust on MTX to deliver such...

Celebrating our 10 year anniversary (and BattleTech's 25th anniversary) MekTek.net is pleased to announce the immediate community release of AssaultTech1...

The death of this game is not because MekTek wanted to drop it (hell I think they'd want to be working on it to this moment), but actually because of the fact that... *sigh* PGI, the current copyright holders of Mechwarrior decided they hated MT, and C&D'd MT to drop anything MW. Now, they've gone to a new IP: Heavy Gear.

Unfortunately, very recently, they've done something.. odd. They shut down their forums, because, god knows why.
Good god, I don't think they've even gotten new ones up yet, VERY depressingly.

On the plus side.. they have Heavy Gear Assault, which, from what I've seen, is Mechwarrior all over again. Specifically, what happens when MW3 goes faster and goes to Solaris 7. It looks.. awesome. And has big shooty robots that we all love.

If PGI dies out (which is virtually inevitable at this rate), then, expect MT to race to the rights again, and re-welcome their fans.

If you NEEEEEED a Mechwarrior, then, get Crysis wars, figure out how to make it not need gamespy, and get Mechwarrior Living Legends. It's an online MW that was also C&D'd, but still has a community that really fights sometimes.

Oh, how I remember mucking about in that.. I need to get Wars again soon.

now how am i supposed to start this???

So has this been abandoned in favor of the kickstarter project?

Anyone know how to play this mod offline? I really want to try it out. Been a huge MW2 fan ever since I was young.

A pity. It could've been several kinds of awesome.

Im new to this stuff and i dont get it...what is Assault Tech 1: Battletech? Is it stand alone game or mod for Mw4M.?

This is a standalone game, and from what I understand, a remake of Mechwarrior 2.