Experience a Fighting Game in Multiplayer Online Battle Arena style! ArcheBlade is a free-to-play multiplayer action game in which users take sides and fight against other team. Players choose one several characters, each with own unique fighting style and action combos. ArcheBlade captures the essence of combo-based fighting games like Street Fighter combined with FPS style match system. Rather than pressing a single key mindlessly use skills, players will need to pay close attention to their character and their opponents’ moves in order to perform combos as well as block and avoid attacks all happening in real-time. 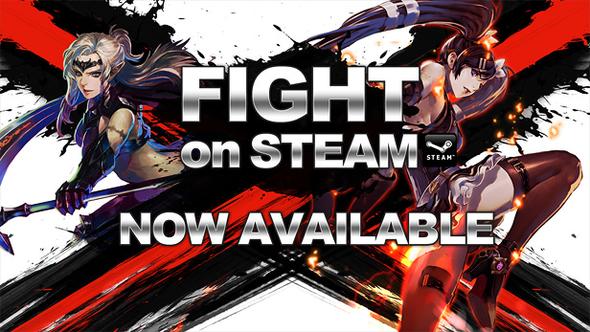 ArcheBlade has finally launched on Steam!

Having been on development more than for three years, our title, ArcheBlade finally launched yesterday on Steam. With the launch we added customization system titled gear-up along with new training mode and moveset changes. Hope you guys can check it out and let us know your thoughts on the game.

We also reveald a brand new trailer so please watch it to get your self pumped up for a brand new battle.

About ArcheBlade:
Based on a Korean fantasy novel, ArcheBlade is a free-to-play PvP-based multi-player fighting game in which users can either take sides and fight against the other team or fight for themselves depending on the map. Players choose of several characters, each with their own unique fighting style and action combos.

[ArcheBlade] New Patch Out with the New Map, The Bridge.

This game is awesome.
I played it.
The only thing that I think needs improvement is fighting system.
Characters should have more ablilities.

Also the archer guy invisibility doesnt work like I would like it to because I cant use it when I am attacking someone.

Why would I bother having invisibility if I cant use it to fight against enemies.

It works like the Spy's ability from Team Fortress 2 then.

This game looks fantastic. The artwork, the in-game models, the environment, and the animation are all incredible. Here's wishing you find great success with this. Hopefully this is the start of a new awesome gaming company. Keep up the good work.

awsome game, i love it,, and yes we gonna try to make top 10 :)
This game deserve it

Hi there! Thank you for the vid. It looks awesome. Everyone in the video has very nice voice btw. =]

Heroes of the Storm MOBA