It is the distant future. Humanity have never dreamt of surviving for so long. The few hundred human beings have managed to construct Arcan Central, and hide from the outer world. From the many horrors they had to suffer. Somehow, Earth had become a barren wasteland, but no one seems to remember why did that happen. Have wars scorched our planet? Was it some kind of accident that destroyed almost any lifeform on our homeworld? The council means everything. They are the protection, the safety... they live to serve humanity. To prevent any of the council members from gaining too much power, a Controller is elected from the inhabitants. This Controller must command the Droid army, created by the Council. Arcan is a unique sci-fi turn-based strategy game, with significant RPG elements. All characters on a map have the ability to evolve, and even combine their abilities with other units. So, despite the relatively small amount of unit types, it is impossible to fight the same battle twice

Meridian: Squad 22 is out now!

is now available on Steam!

During Early Access, you can jump into discussions over on the Steam community hub and help shape the game as we head for launch! All of your feedback is greatly appreciated!

Also, we have the full original soundtrack out now with of all 31 tracks in mp3 format that you can play in your Steam client or take from your SteamApps folder if you prefer!

Thanks again everyone, let your friends know about Meridian: Squad 22 and have fun! 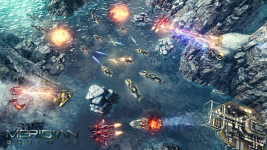 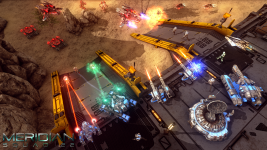 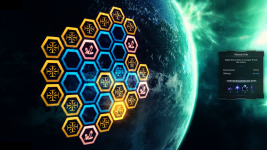 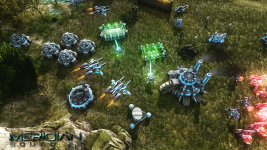 The Units of Meridian: Squad 22

Want to know more about the units in Meridian: Squad 22? Check out this article detailing each unit class and their various uses!

The Stories of Meridian

A brand new article about the story of Meridian, which not only provides details about what happened so far and what you can expect in Squad 22, but the...

As there’s been no planet-side contact for years, a rescue squad has been deployed. It’s time to return to Meridian.

cannot get the sound to work , running windows 7 64bit , any theories would be greatly appreciated

Make sure you have installed OpenAL properly when installing Arcan, that's all my guess for now.

yeah completely installed , even tried from a different site , also the installed shortcut is wrong , is just arcan instead of arcan_eng

Oh, didn't think of that. Thanks for pointing out, I'll fix that at the time of the next patch!

the game starts normally, but when selected "new game" -> "campaign",
I see the following bug message:
"Characters are too large or too many. Unable to create font texture."

I run the game on the laptop, under Vista Home Premium with 2Gb RAM and ATI Radeon 3450 as video.

Can anyone figure out what's the problem?

I've just uploaded a new patch for this game. If you run Arcan_Eng.exe with the latest patch (1.6.1.7), then the game must work properly now.

Ahem..
As I can see, patch you uploaded has been deleted and is no longer available. Could you please upload it again?
(or, maybe, link to other place it's located)

I re-uploaded it, because for some reason, it never got authorized. It should appear in a matter of hours.

Thx,
as soon as this patch will be authorized to download, I'll try it out and say about the results :)

The problem is solved