Experience the different kind of online multiplayer flight combat game. Build highly customizable airplanes, load them with weapons and exciting melee add-ons to ram your enemies from behind! Fly through strange terrain formations and amazing environments that offer a more interactive experience than is usual for this genre. Enjoy this exhilarating alternate history Dieselpunk world, frozen in the 1950s!

During the Cold War, a natural phenomenon was destined to change the history the world. Powerful coronal mass ejections that erupted on the Sun’s surface caused a huge electrically charged cloud to hit the earth.

This routine solar activity, though more violent than usual, coincidentally occurred just days after the January 31, 1958 US satellite answer to the Soviet Sputnik 1. It destroyed earth’s telecommunications, caused blackouts, explosions, and a lot of confusion, effectively triggering a devastating nuclear attack of the major nations against each other.

What was left in the end was nothing but fragments of land, mountaintops and craters, all scattered over the face of the “new” planet. A dark, cold, radioactively polluted planet with few survivors.

Join one of the three factions in this 50s post-apocalyptic landscape where humans have adapted to post-nuclear life with elevated cities and aviation as the only form of transportation. Each faction has its own strengths, weaknesses, and agenda. Choose to be part of the Militants, the Progressives, or the Raiders and fly your way to the top!

Picking up the pace

Over the past month we've optimized the level, performance has increased tenfold without sacrificing visuals.

Then we revamped all the GUI screens and 2D elements.. 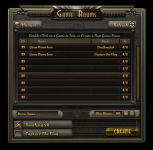 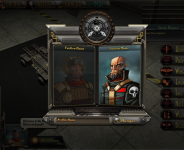 And now we're working on doing some heavy code rewriting and rebuilding the networking framework, along with integrating all the new GUI assets.

Oh, and we rented a higher performance virtual server that will scale up nicely as needed with the new framework. This is not going to be a small scale demo anymore. Stay tuned for more updates!

Hello everyone! I would like to exclusively introduce to the IndieDB community Anarchy Skies, a Multiplayer Flight Combat Game with a Dieselpunk setting.