The long anticipated sequel to the award-winning strategy series. Delivering a unique mix of Empire Building, Role Playing and Warfare, offering the ultimate in turn-based fantasy strategy for veterans of the series and new players alike!

Explore a rich fantasy world that is more detailed and alive than ever with over 50 location types to raid for treasure.
Expand your domain by building new settlements, forge pacts with monstrous allies and capture valuable resources.
Wield earth shattering magic and terra-form the lands for your needs.

Create an empire in your own image

Rule as one of 6 RPG style leader classes: Sorcerer, Theocrat, Rogue, Warlord, Archdruid, or the tech-focused Dreadnought.
Research powerful skills unique to your class to develop your empire and arsenal.
Choose your allies from among the six main races (Humans, High Elves, Dwarves, Orcs, Goblins and Draconians) and fantastical monster dwellings.

Recruit legendary heroes, equip them with magical weapons, and let them lead your armies into battle.
Crush your enemies using the detailed 3D turn-based Tactical Combat System.
Become a master tactician. Crush city defenses. Learn to use flanking and master your army’s hundreds of abilities.

Master the many modes!

Immerse yourself in a rich single player story campaign, playable from two sides of an epic conflict.
Create endless scenarios using the random map generator.
Compete in multiplayer wars with up to 8 players online.

After a successful Open Beta, Triumph Studios are happy to announce that update 1.7 is now available on Steam and will be available as a patch for GOG users within the next 24 hours. As well as a number of bug fixes and balance tweaks, the update makes modding tools available to users so they can start shaping the game into what they want it to be! There are already many interesting the Age of Wonders users to check out. 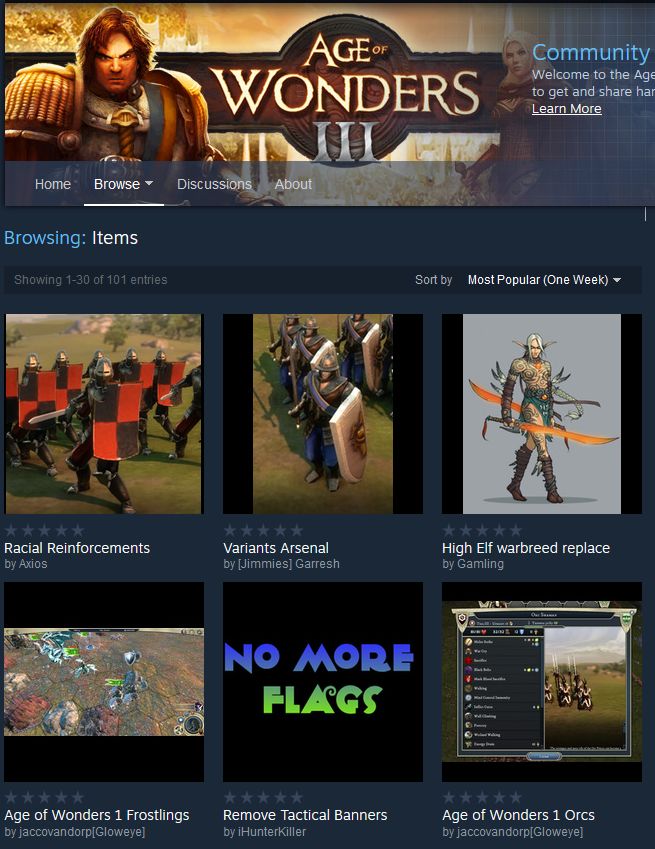 EARLY MODS TO CHECK OUT:

Over the period that the mod has been in Beta, a number of Mods have already been made available via the Steam workshop. Some are complete, while some are still work in progress, but all of them improve the game for the better: 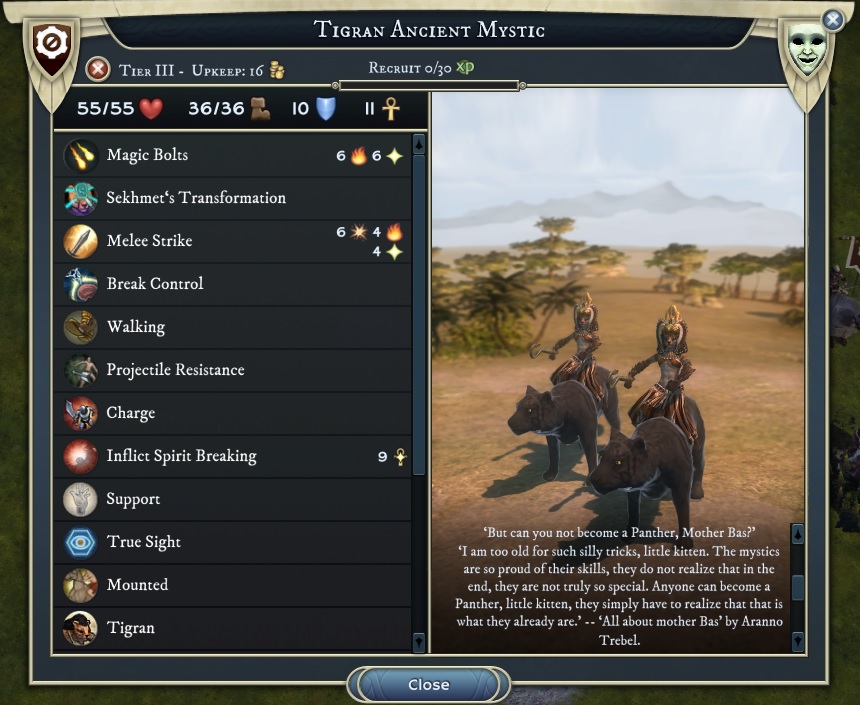 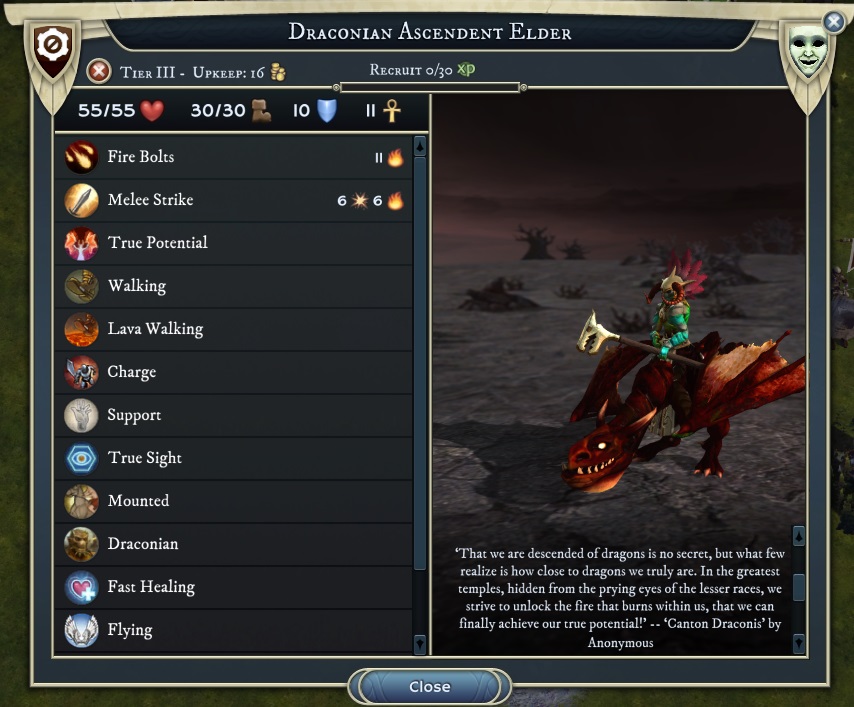 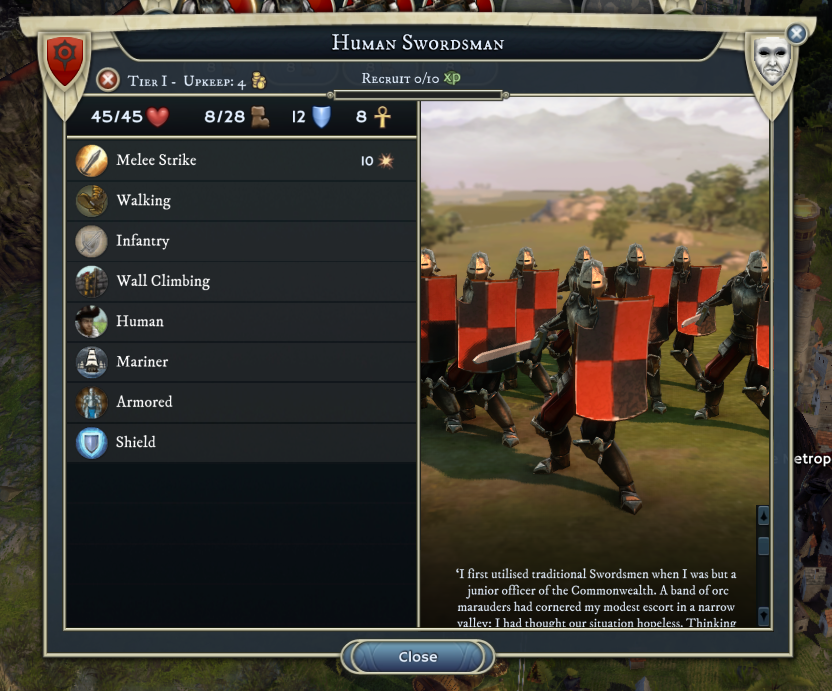 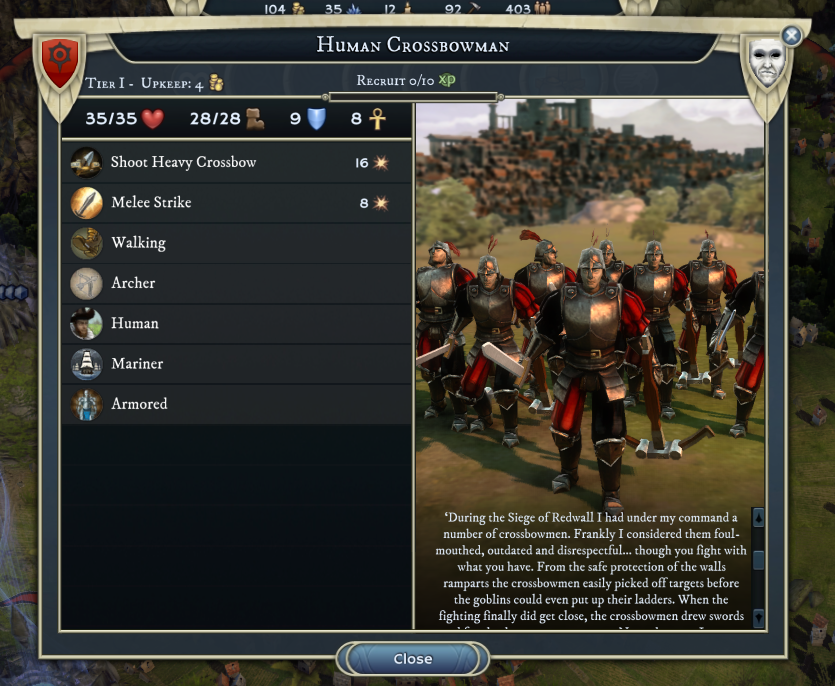 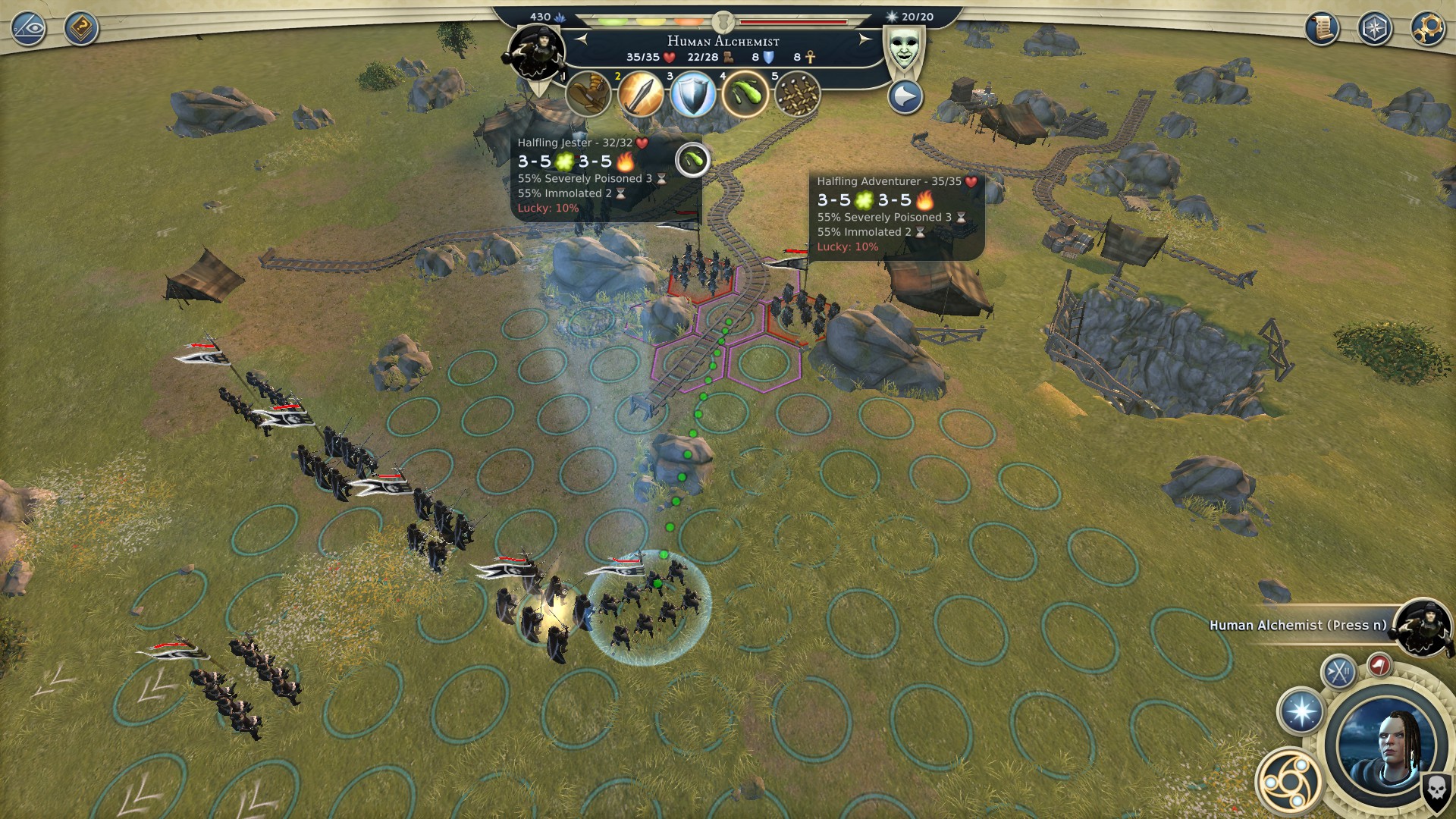 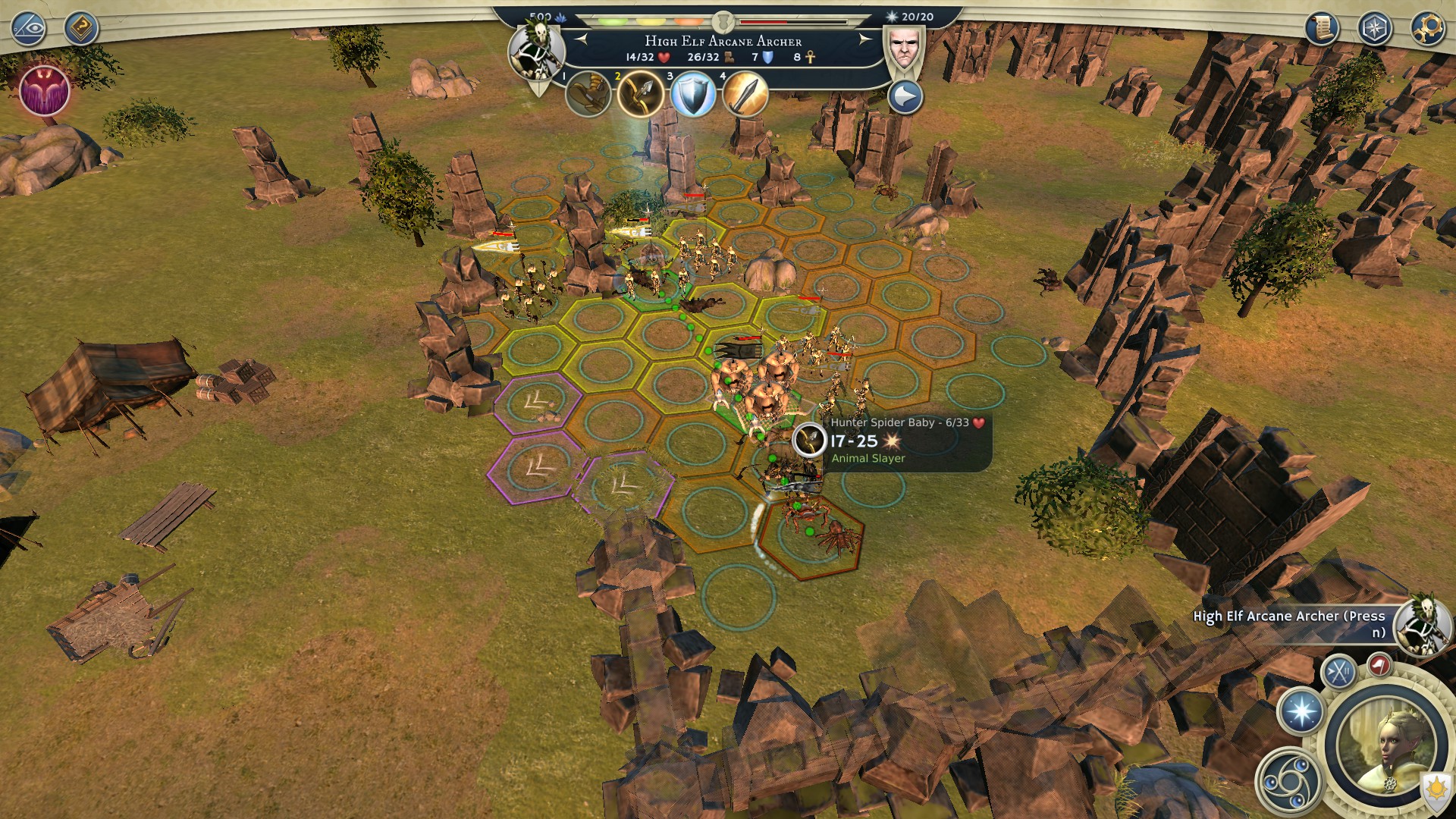 There are still more to see! Head over to the Workshop to check them out: Steamcommunity.com

CREATING YOUR OWN MODS

For information on how you can make your own mods, see this thread on Triumph Studios forums. The tools seem complex at first, but a lot of people should be able to understand the basics. No programming knowledge is required.

It contains a link to an official modding guide, as well as some example mods to help you get started.

Due to technical constraints, the modding tools are only available to Windows users, however Mac and Linux users will still be able to download and use mods made by other users.

Introduction to the modded mechanics for the Necromancer player class.

A couple of new mercenary units available at the Inn in the mod.

Short description of the basic units of the playable factions available in the Barbarian Mod.

- enables "Use Dead Cities" property for Necromancer players (i.e. cities joining the empire or conquered are always ghouled) - use together with the...

Last Updated 9/20/15 @ 8:30 EST The Full Version of the Variants Arsenal Mod. It includes 2 new units for each class currently.

I own this game and let me tell you the game is excellent and on top of that the devs really listen to their community about changes.

I disagree, Shadow Magic was excellent.
This is mere a standard turn based strategy game. The missing mod support crushes it.

Just look at the cavalery units, only very slightly differences in their skills, in spite of that they are all the same.

They put a lot efforts in the graphics but forgot the game mechanics - AOW 3 is the DA:I of the turn based strategy games

no mods for this?

this game has a rather steep learning curve as far as AI kicking the door in sometimes (of course, a lot of it is situational as well, and its something i feel hardcore strategy fans might enjoy, sometimes you can win battles with far fewer forces, other times you get your arse woped so bad you sit there wondering what happened). fun game, cant stop playing but frustrating at times as well. cant wait for the first patch when ever that is.

This game is actually really good.

Anyone know if it has mod support?

saw it somewhere before dont know where.

but it got me klikkink the tracking butten. :)

i love these games genre.

Age of Wonders Turn Based Strategy