Aces over Europe is a self-installing mod from European Air War and focuses on the air war over the period of time from 1943 to 1945. There will be the possibility to fly on the most famous WWII fighters and in particular on famous planes piloted by aces with the insignia of the era. ----- Notes on European Air War: European Air War (EAW) was released on October 31, 1998 published by Hasbro, under the developers name, MicroProse. It was a marvel, with 20 Flyable planes and a possible 256 planes in the air at one time, out beating any other WWII Combat Sims of the time and afterwards. At twelve months old it was considered a classic but still full price on the store shelves. Given that it's had a few budget re-release's; on July 24, 2000 by Hasbro “Classic Series” and on June 8, 2001 by Infogrames, then again in 2002 by Atari. It's a must have if you're even vaguely interested in WWII combat flight simulators, or think you might like to try

Aces over Europe will be revisited for better game optimization.
I cannot anticipate the news, because they are being studied.

However, I anticipate some things: 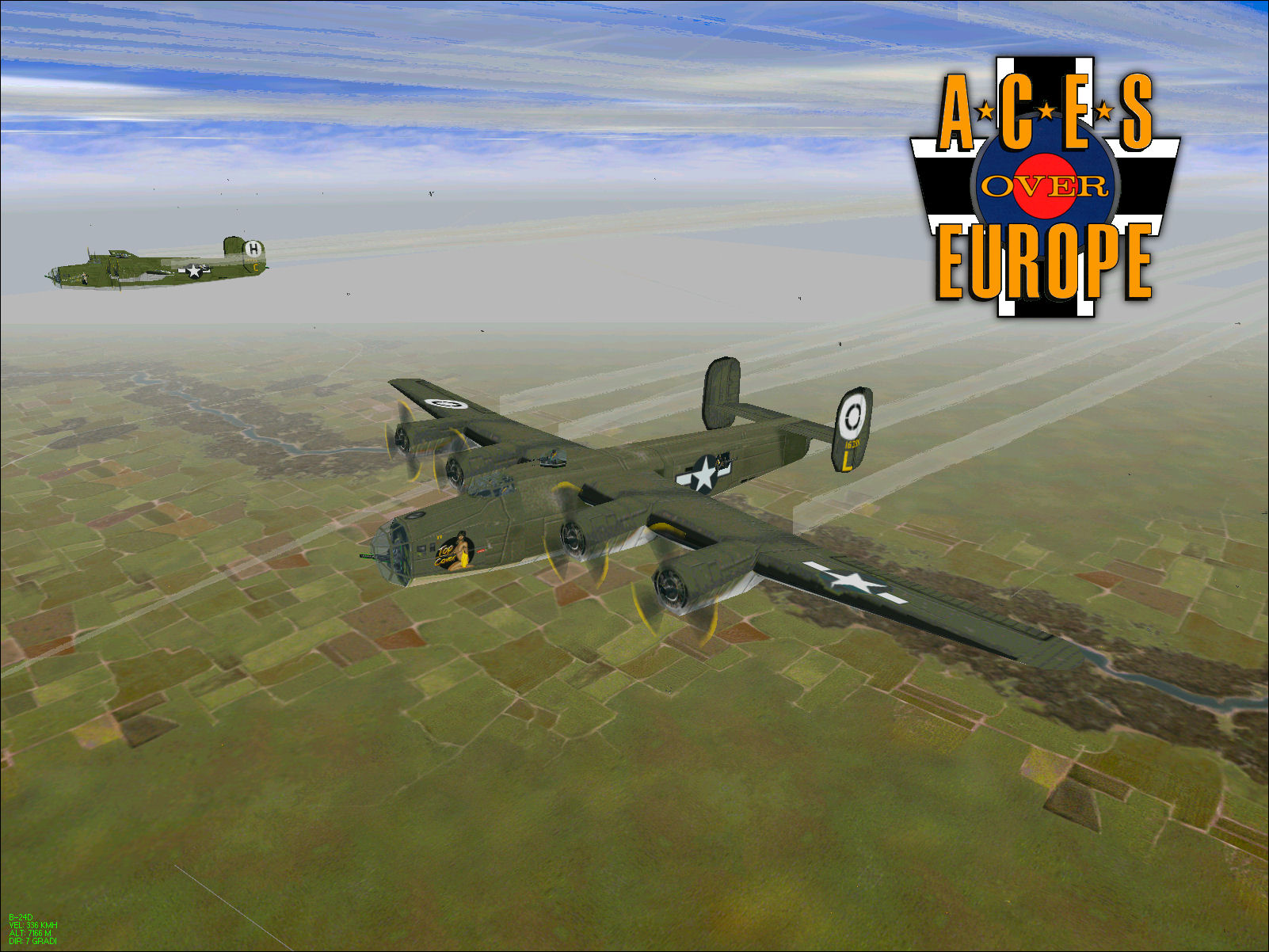 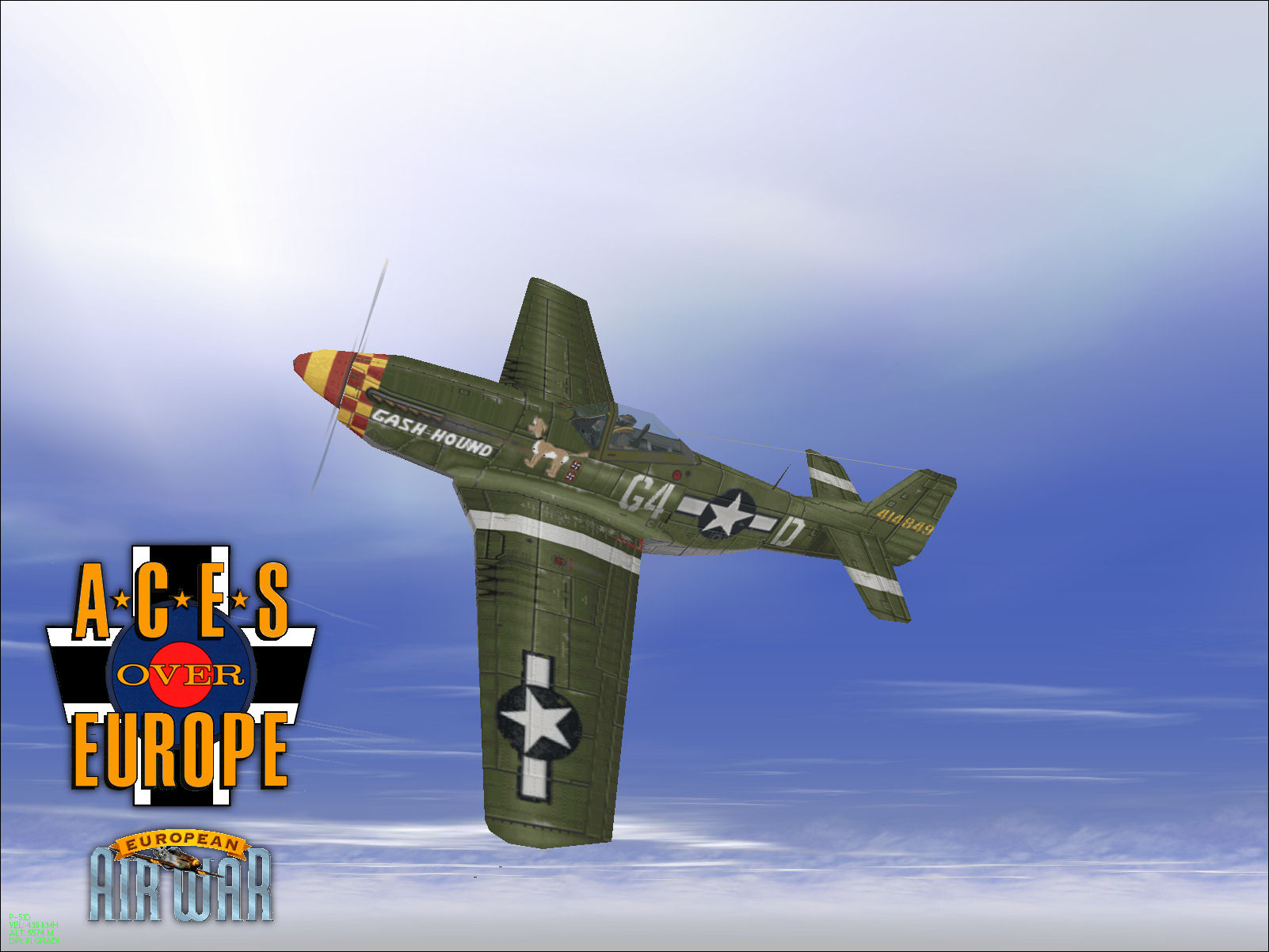 At the moment I can't predict the release date, so stay tuned.

Aces over Europe is a self-installing mod from European Air War and focuses on the air war over the period of time from 1943 to 1945. Let's find out its...

New American B24 D bomber squadron. This is an multiskin squadron with with different skins, "nose art" and insignia. Compatible with Aces over Europe...

North American B25 "Mitchell II" This is an addon pack for the Aces over Europe's mod.

Flightdeck
the 7217 is an error from the original EAW 1.1. - 1.2 to do with lack of support of the driver. There are a few patches to fix the original version 1.2 .exe but they are work-arounds.

The best approach is to use a complete later version set, such as Modred's

or any of the codegroup versions; such as EAW.128e or Mr. Jelly's

Hello,
Aces over Europe doesn't have the 7217 error.
After installation it works fine. Revision of the game had a great help from MrJelly. However, it is currently not ready.

I have recently built a Windows XP SP3 Retro PC for the 35 or so Flight Sims I have saved the cd's for the last 20 years (but couldn't play of course).
The results have been fantastic, but I have an issue with, You guessed - EAW 1998 version W95 ver. 0.0.0.1
I get the dreaded Error Num: 7217, even though it installed.
I've read enough to realize you all of have done some amazing things w/ EAW that i had no idea existed.
With that said, can someone direct where to download a EAW patch to make the game work?? Or have a better approach?? Regards and thank you, FlightDeck

Find another bug when I fly "SINGLE MISSION" and press keyboard key "Z" related to the default command "ADDITIONAL GUNS ON/OFF=Z" from eaw.ini and the game crashes when I press "Z" using the following aircrafts:

Hello Fat-Larry
thanks for the tip.
This month I try to fix the various bugs found.

Update: Luftwaffe 1944 campaing choosing bf 109 G-6 to play also has the same 1943 bug. When I receive bf 109 G-14 the Stuka appears during hangar animation and the game crashes when any mission starts. Can you fix it please?

I'm finding a lot of bugs during Luftwaffe 1943 Campaign on 13 august 1944 foward after I get invited to fly "Bf 109G-14" the bug seems to come with this aircraft since on hangar animation menu it appears a Stuka instead a bf 109 inside the hangar. And the mission always crash since I got this aircraft, most of times the game crash on the begining of the mission before I turn on engines, on rare ocassions the mission works and the game crashes after I end the mission. Congrats for the mod!!!

Another bug I wanna report is when I receive P-51D during the final of my US 1943 campaign it makes a lot of ground atack missions like destruct trains, tanks, trucks but it never gives me Bombs. So it's hard to destroy ground targets without bombs.

Update: Luftwaffe 1944 campaign choosing bf 109G-6/U4 to play also has the same 1943 bug. When I receive bf 109 G-14 the Stuka appears during hangar animation and the game crashes when any mission starts. Can you fix it please?

Hello,
in September I try to fix what you have told me.
Unfortunately I could not test the whole game. I believe that some CTDs are due to those who created the campaign. Remember that it dates back to 2002!
I thank you for the appreciation to the mod.

Thanks for the attention Modred! Happy to hear it will be updated soon, you transformed this old great game into a Masterpiece!

AAA
Tags
Embed Buttons
Link to Aces Over Europe by selecting a button and using the embed code provided more...