Nations At War Xenomorph's proof of concept, So i have been following Frosty98B's mod Acheron on moddb for a while, he gave us permission to use his Xeno's, they still need tweaking but there working! You should check out his mod for BF2142 over at moddb. 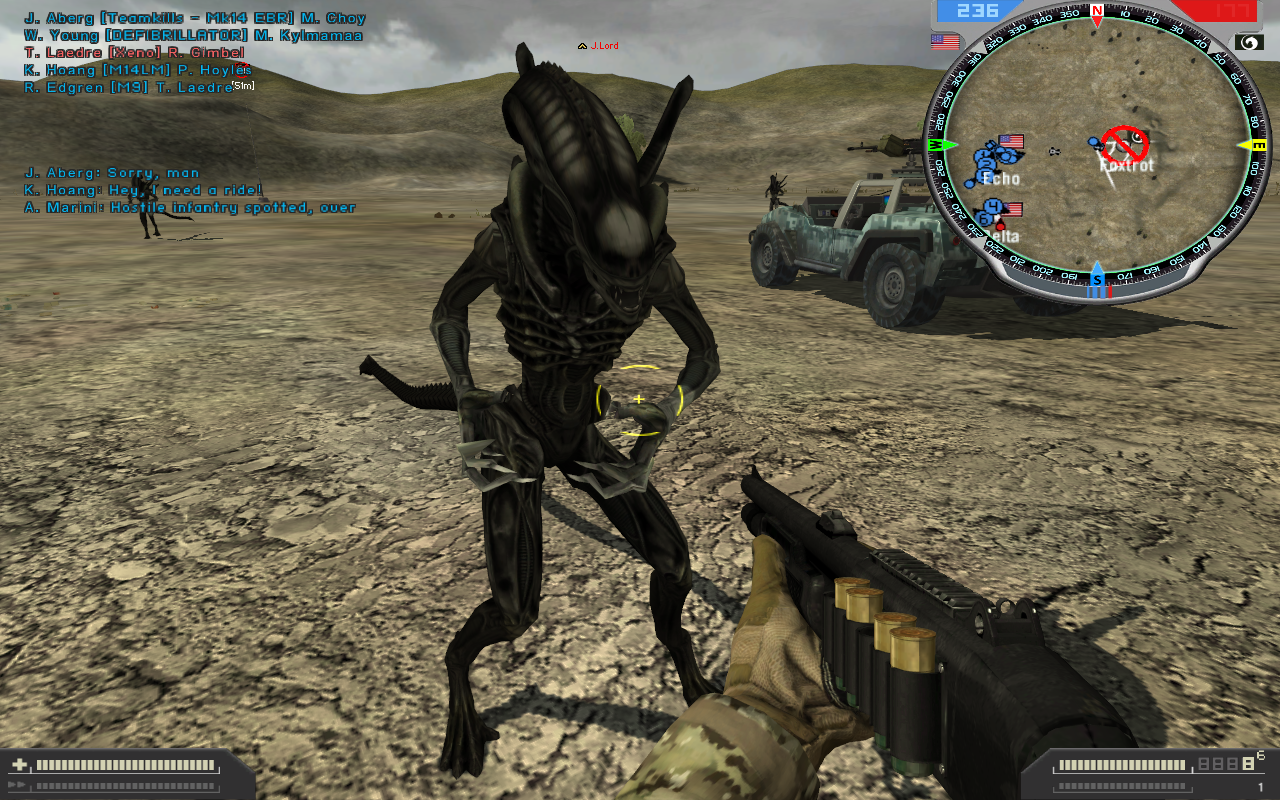 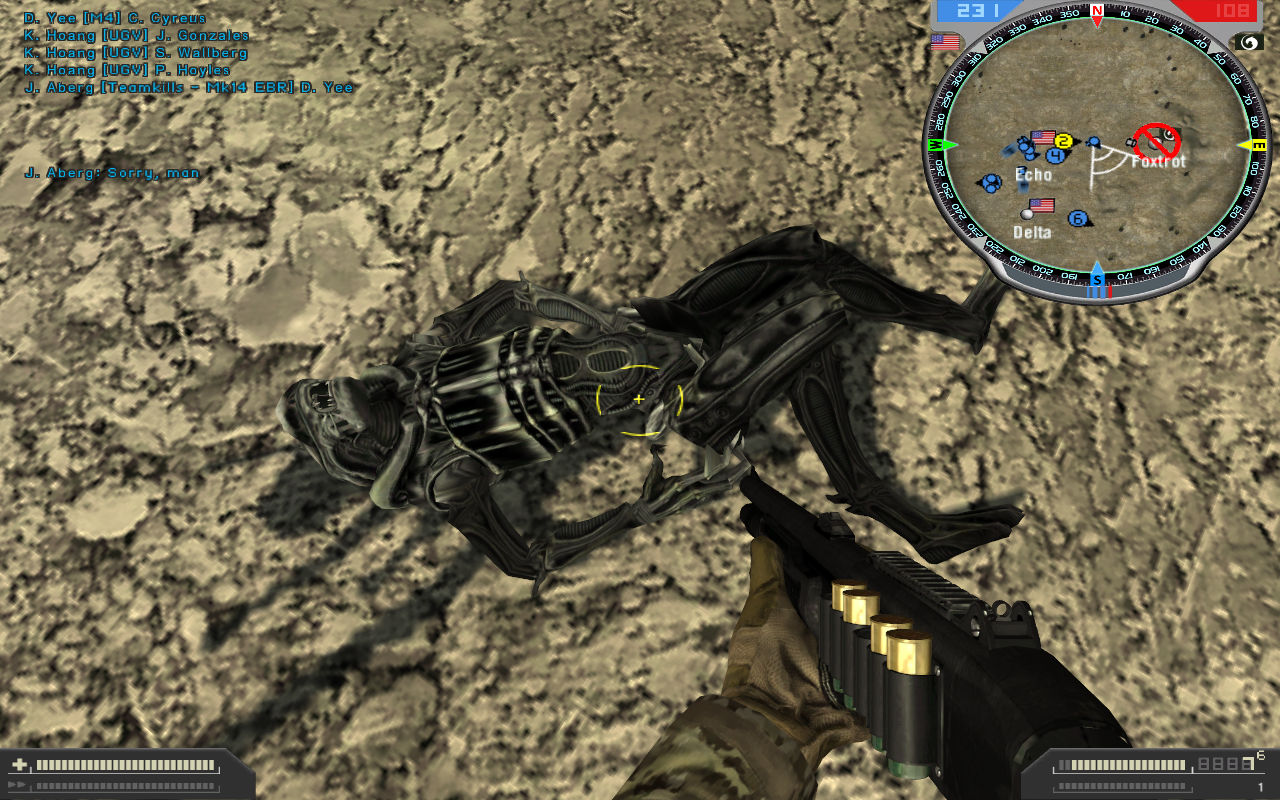 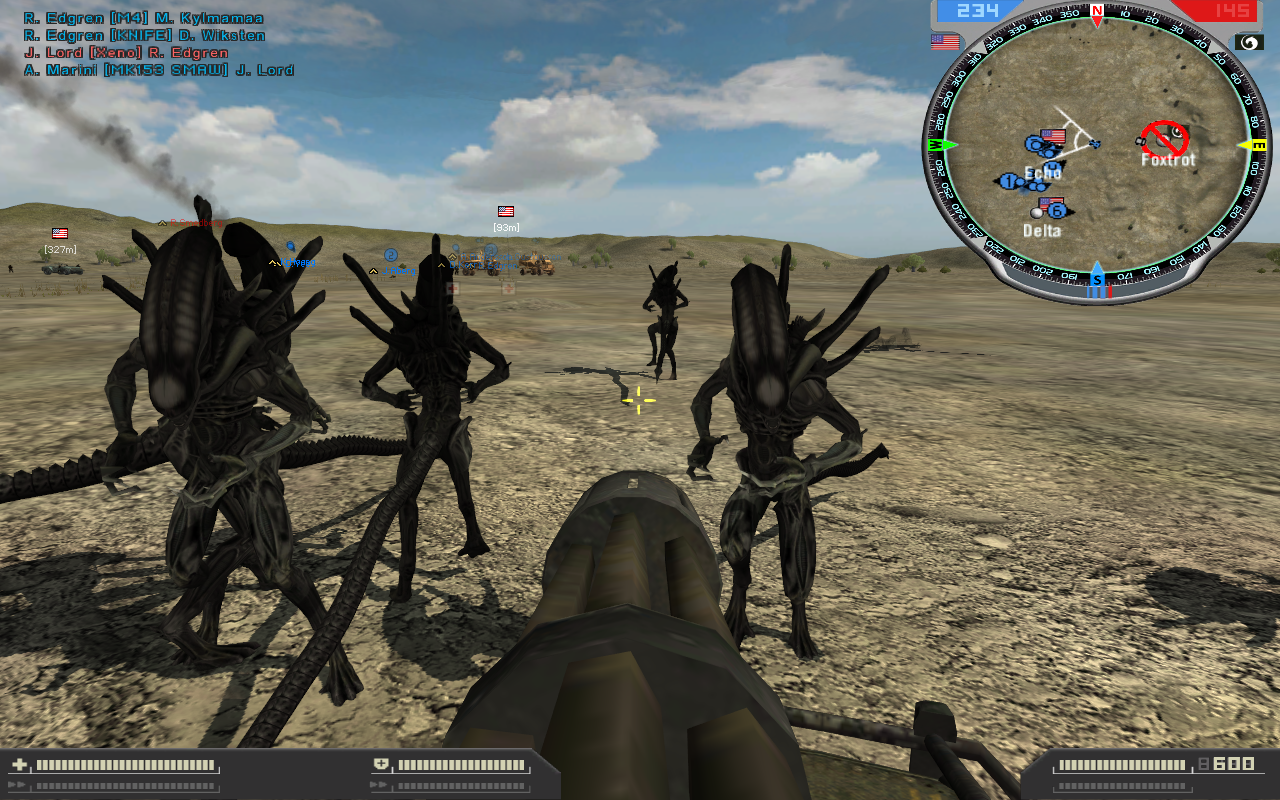 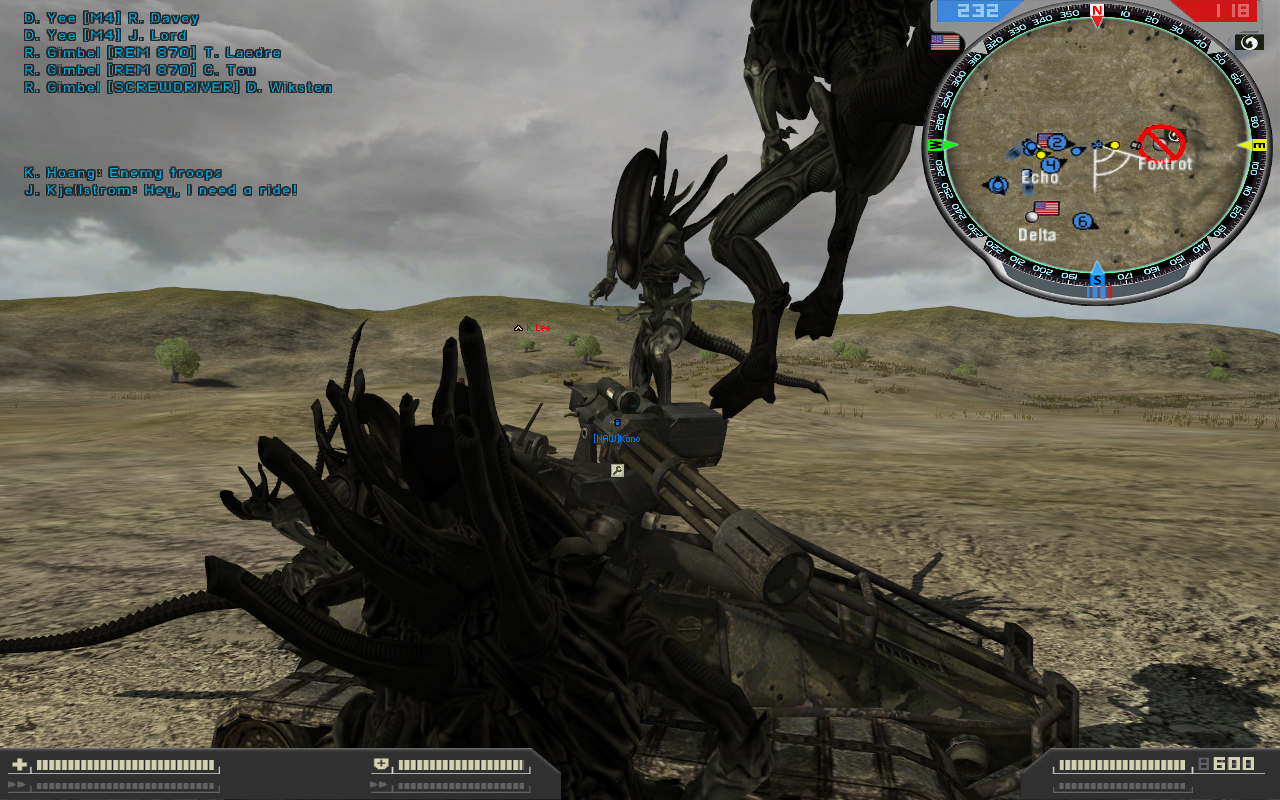 Built upon the roots of a small group of Friends, some of which have played together for many years.
Nations at War has grown beyond the Tournament it was developed for and With cooperation from Allied Intent Xtended, Hard Justice, Surreal, Project Reality, Eve Of Destruction, Zero factor, Rising Conflict, Desert Conflict Xtended, Point of Existence, Australian Forces and US Intervention,
Nations at War has turned into a Truly massive Single player, Multiplayer and Coop Experience.
Hope you enjoy it!
Follow Us On Social Media At.
Facebook.com

hahah, you could let em fight against the Daleks
Moddb.com

not the aliens, again