The FL: Unity mod is built on the game Star Citizen which has a huge list of amazing features that we can hardly hope to improve on and our focus will be on altering the main game mechanics to be a bit more like Freelancer.

The difference between Freelancer and Star Citizen (which continues the game play legacy of the Wing Commander series) might seem subtle and the core game play will be very similar, but where the Unity mod will aim to stand out will be in the atmosphere of the lore and universe of the mod. The Freelancer universe is set in the Sirius sector where several human factions occupying a small number of systems are strongly interdependent for resources but also struggle against each other for space and ideology. In contrast the Wing Commander universe, whose footsteps Star Citizen follows in, was vast in extent and populated by a small number of large and independent human and alien civilisations who struggle for dominance over all the surrounding space. 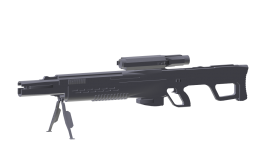 Freelancer's game play was also much more arcade-like than Wing Commander, and that arcade-like game play will be, to a large extent, what the Unity mod aims to re-create. Increasing the prominence of the ship boarding and FPS combat element of Star Citizen is also currently a goal.

Some of the unique features the FL: Unity mod will include are:

I'm definitely looking more forward to this than to the MMO style Star Citizen approach.
You have my thanks for supporting such a great game. I hope you all the best luck!

hey when is star citizen coming out anyway.