Get to know the indomitable Sarge in all of his explosive glory! 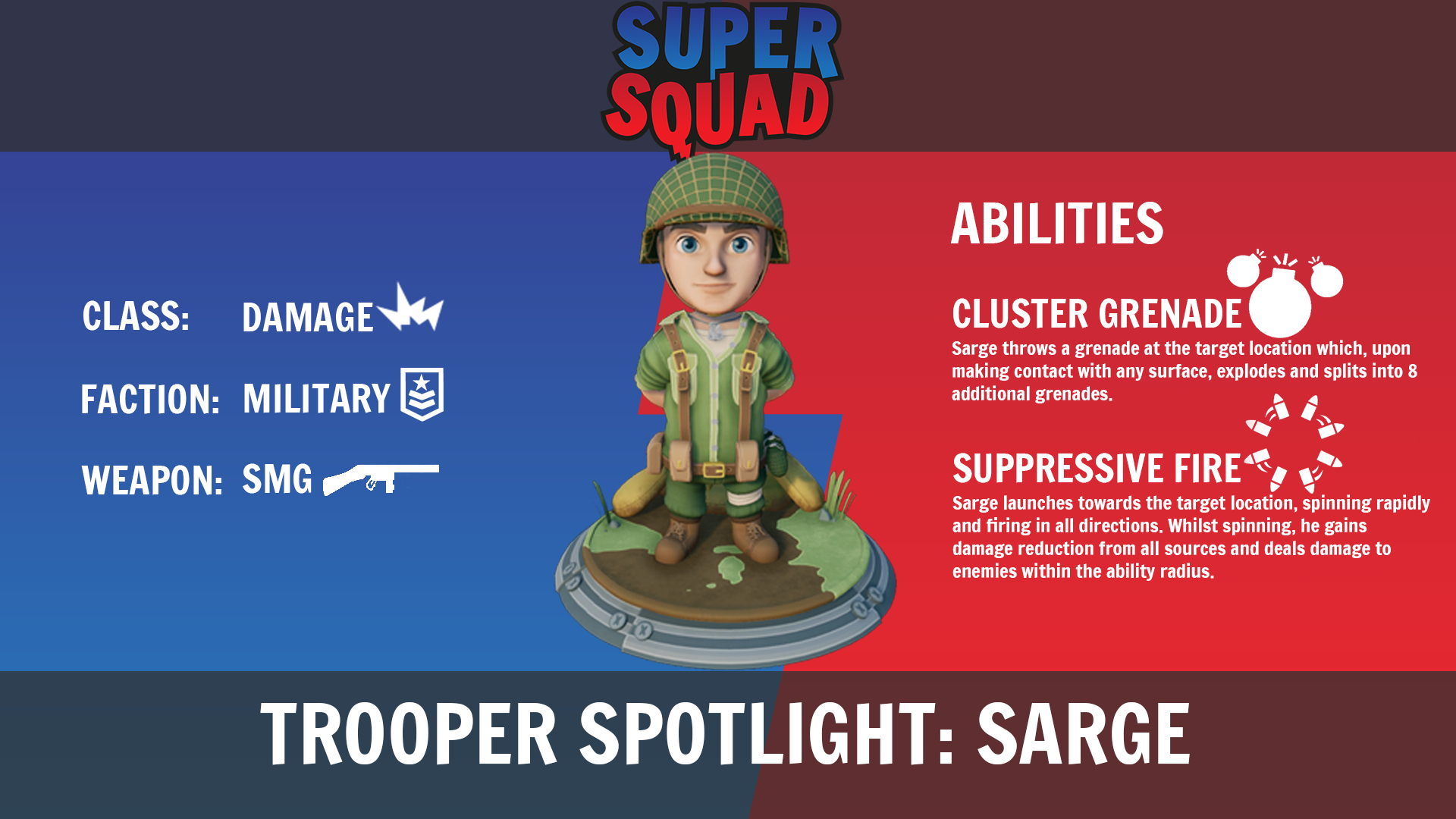 Hello and welcome to our very first Trooper spotlight; today we'll be looking at Sarge, our SMG-wielding, grenade-throwing, military maniac!

Since our first playtest, Sarge has been a strong and popular choice for player across the board - and as the first Trooper we ever made, he'll always hold a special place in our hearts! His extremely high rate of fire, explosive abilities, and burst potential provide consistent damage throughout the match and can create a great distraction for the more sneaky Troopers to jump in a finish off foes.

In all the realms of existence, you’ll find none as loyal as Sarge. A veteran of battle and a talented soldier, he lives for the fight, using his trusty SMG and grenades to burst down the enemy. His motto is to never leave a man behind so wherever there’s a fight happening Sarge is there, ready to wreak havoc on the enemy.

Sarge is part of the Military Faction: a group of top-secret and highly skilled operatives that were part of an experiment gone wrong, landing them in the wacky world of Super Squad. Sarge is a natural leader, fearlessly leading the fight on objectives and bursting down enemies before they have a chance to harm his allies.

Sarge plays the Damage role in the Squad, and specialises in pushing objectives and clearing out bunched up enemies. His high damage, close range, and damage reducing ability allow for a versatile playstyle in all situations.

Sarge’s weapon is the SMG; it has a high rate of fire but won’t hit enemies at long range. Sticking close to an ally Tank (such as Skull Crusher or Glorgan) will help keep Sarge safe from long-range Troopers like Crow, who can quickly disable him from a distance.

Tip: If aimed and timed correctly, Sarge can hit enemies with both the inner and outer grenades for maximum damage!

Sarge launches into a furious whirlwind, firing rapidly at enemies within 3m for 3 seconds. Enemies caught in this radius take 35 damage per tick, and Sarge gains both a 20% speed increase and a 60% damage reduction from all sources. You can freely control his movement while the ability is being channeled.

Tip: Suppressive Fire can be used as either an offensive or defensive play; unleashing mayhem on grouped up enemies or quickly escaping a sticky situation. 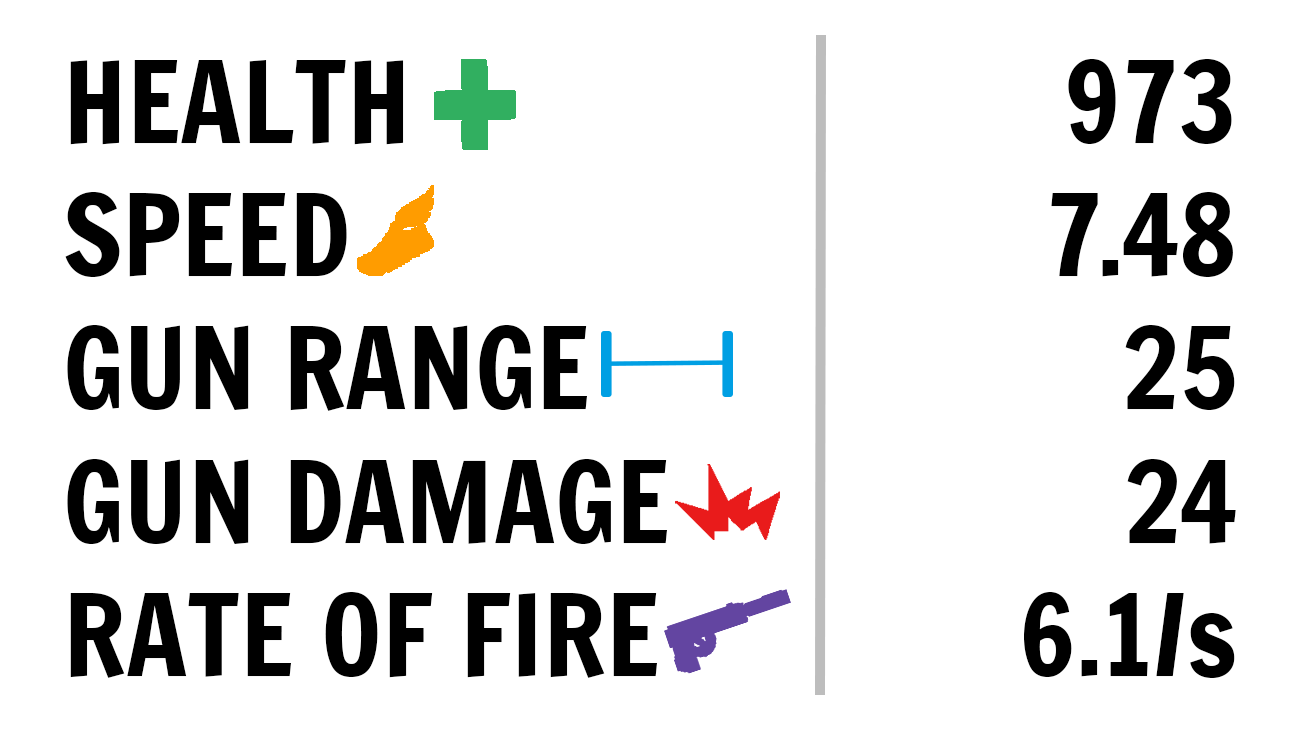 Sarge's stats clearly display his most powerful qualities - Speed and Rate of Fire - but also expose his weaknesses - Health and Gun Range. Though his actual damage per bullet is extremely low compared to other Troopers, his high fire rate means he can easily hold his own in a shoot out.

With the speed increase and damage reduction on Suppressive Fire, Sarge can quickly descend on longer-ranged enemies and force them to duke it out in close quarters where he has the advantage.

We hope you enjoyed this Trooper Spotlight, thank you for reading it!

If you like the look of Sarge or want to check out Super Squad in general, hop into our discord to grab a key, then join us this Friday at 8GMT for a playtest! 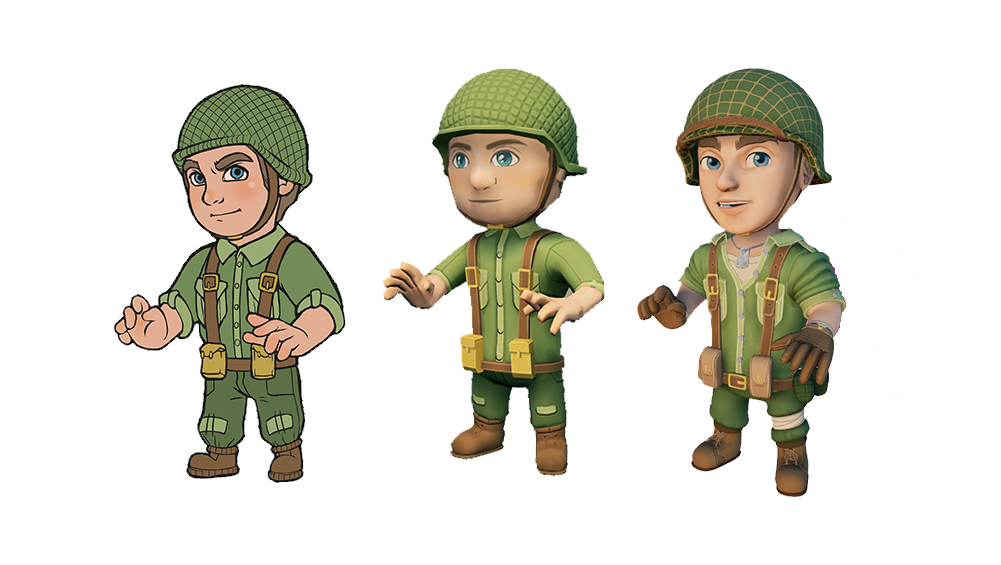 Since his first concept art was created, Sarge has undergone a fair amount of changes to both hone in his character and make his recognisable on the battlefield. Our first character models had a very limited skeleton (meaning animations were not as fine-tuned), a low poly count (meaning the 3D model was not as detailed), and static faces. By creating a more complex skeleton with additional bones, upping the poly count of his outfit, and sculpting his head instead of using a model, we were able to create the Sarge we know and love!