The observant among you may have noticed the various links to the Dawn of Victory Wiki peppered throughout our various news updates. While we endeavour to showcase as many of the contributions to the Wiki as possible, in the end we can only fit a tiny fraction into our updates. Below is some of the amazing work that the artists and writers of the Dawn of Victory community have contributed to the universe behind the mod.

Major Nations of the Democratic Federation

Unlike the Greater German Reich, Empire of Japan or Soviet Union, the Union of Federated Worlds (Democratic Federation) is comprised of numerous nations as part of a collective security agreement. Uniting some the most advanced and powerful human nations, the Democratic Federation has nearly unparalleled military capabilities throughout the Orion Arm.

In 1944, an emergency government was formed in Los Angeles. Comprised almost entirely of high ranking military officials, it grew to encompass all of the roles required of an effectively independent nation. In 1947, when the Scinfaxi pulled out of the United States, the country was left devastated and the US Government could not effectively re-establish a working government on the West Coast. While most officials believed the West should not become a formally sovereign nation, the region required much greater control of its own affairs. The improvised government was granted partial autonomy in order to tackle the responsibilities of rebuilding and maintaining its area of influence.
Full Article

Due to the Scinfaxi Invasion of Britain and Europe, over 20 million British men and women were evacuated to Canada: the largest exodus in the terrestrial history of mankind. With the prospect of retaking the British Isles in serious doubt, the British Royalty and the Canadian parliament decreed that any member of the British Commonwealth who arrived in Canada would be given instant Anglo-Canadian Citizenship.
Full Article

During the First Scinfaxi War, the French were under German occupation after their defeat early in World War II. They could offer little open resistance to the alien invaders, although the activities of the French Partisans as well as the few Free French and Vichy units are remembered close to heart by the French citizens. The French relied to a large extent on remaining unseen and supporting (however much against their nature it seemed) the German Wehrmacht which took upon itself the duty of defending France as well. The combination of British, German and French militia forces were not enough to keep the Scinfaxi at bay, and large swathes of the country were conquered by the advancing off-worlders.
Full Article

The United States was one of the hardest hit in The First Scinfaxi War. The American Midwest, specifically Colorado and Wyoming, became landing sites for Scinfaxi spacecraft and ground forces. With most of its manpower overseas, it took several months for an organized front to be prepared against the invaders. During the first months of the invasion, the Scinfaxi pushed as far north as the Canadian border, and managed to link up with their other landing zones in Mexico, effectively separating the United States in two.
Full Article

The presence of four superpowers within the Orion Region, each with conflicting ideologies and a history of animosity, has led to numerous Proxy Wars occurring on supposedly neutral planets throughout history. The Sirus World War was once of the most bloody, with three different sides fighting for their respective benefactors. 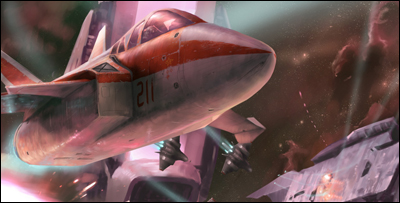 The most unique characteristic of the Scinfaxi is its relationship with a goldish-reddish substance, theorized to be some sort of macro-virus or unique mold. It completely covers the bodies of the Scinfaxi, and quickly spreads over any affected area. Its prevalence leads some to believe it is a type of advance symbiosis, with the substance acting as a type of hive mind linking all nearby Scinfaxi to each other. Others believe it is a biological weapon, specifically geared towards the assimilation of foreign life 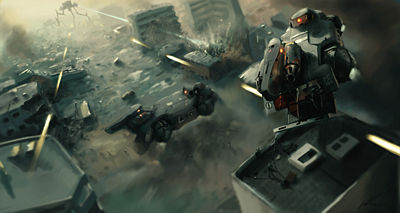 Founded in 1959 almost entirely by veterans of WWII and The First Scinfaxi War, Ravenwod found early success in training both special military forces and local security to adapt from purely combat based operations, to the rigors of peacekeeping within the highly destabilized North American continent. By 1970 the company had expanded to nearly 100,000 employees and was employed in securing the newly formed regional borders during the North American Unification Conflict.

Just a couple of weird things on the British-Canadian Commonwealth of Nations on the DoV-Wiki I noticed:

1. Shouldn't the name of the King be "King Henry X" rather than "King Henry The Tenth"? A Monarch who has the same name as a previous monarch always uses roman numerals to show which one they are.

2. Shouldn't the anthem be God Save The "King" since the monarch is a King? In Britain the anthem is always changed to either King, Queen or whatever depending on the title of the monarch.

The lyrics can easily be changed between king or queen as is the same with the whole naming Royal Naval vessels, so essentially it doesn't really matter if its entitled "God save the Queen" or "God save the King".

Not to mention that anyone can change the wiki, so if you see something wrong feel free to edit it.

Love the background story! it's actually better than vanilla sins bg! :) Good job on representing many different nations! :) the concept art is amazing and I hope you guys reach your goal style wise! any who keep up the great work! :)

OMFG WHEN U GONNA RELEASE THE GAME!!!

Neat, this feels more like a game then a mod, that's pretty cool, good work on everything