The start screen will give you a choice of the protagonist's skin. 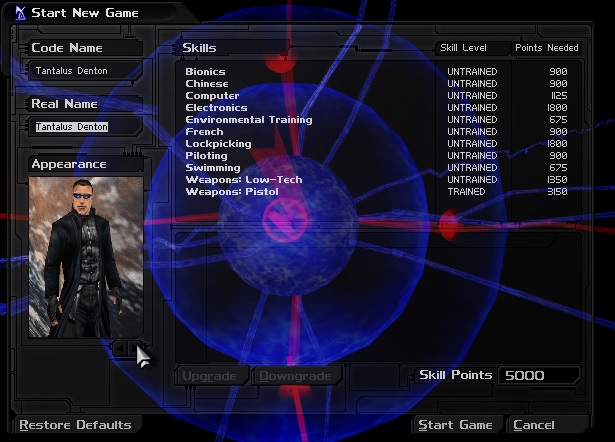 In Apocalypse Inside and Codename Nebula you play as Tantalus, a hero named after the cheat code and the Greek demigod. Like JC, Tantalus can have 5 skins for his face (White, Dark, Black, Fair-haired and Asian - sorry, no Albino). Additionally, unlike JC, different Tantaluses have different coats, apparel, facial wires, body models and insignia. The latter will affect several gameplay choices, like the races in Skyrim.

The one thing all five skins share are black clothes and animated glowing eyes (my vision is augmented!)

So without further ado, meet the 5 Tantaluses: 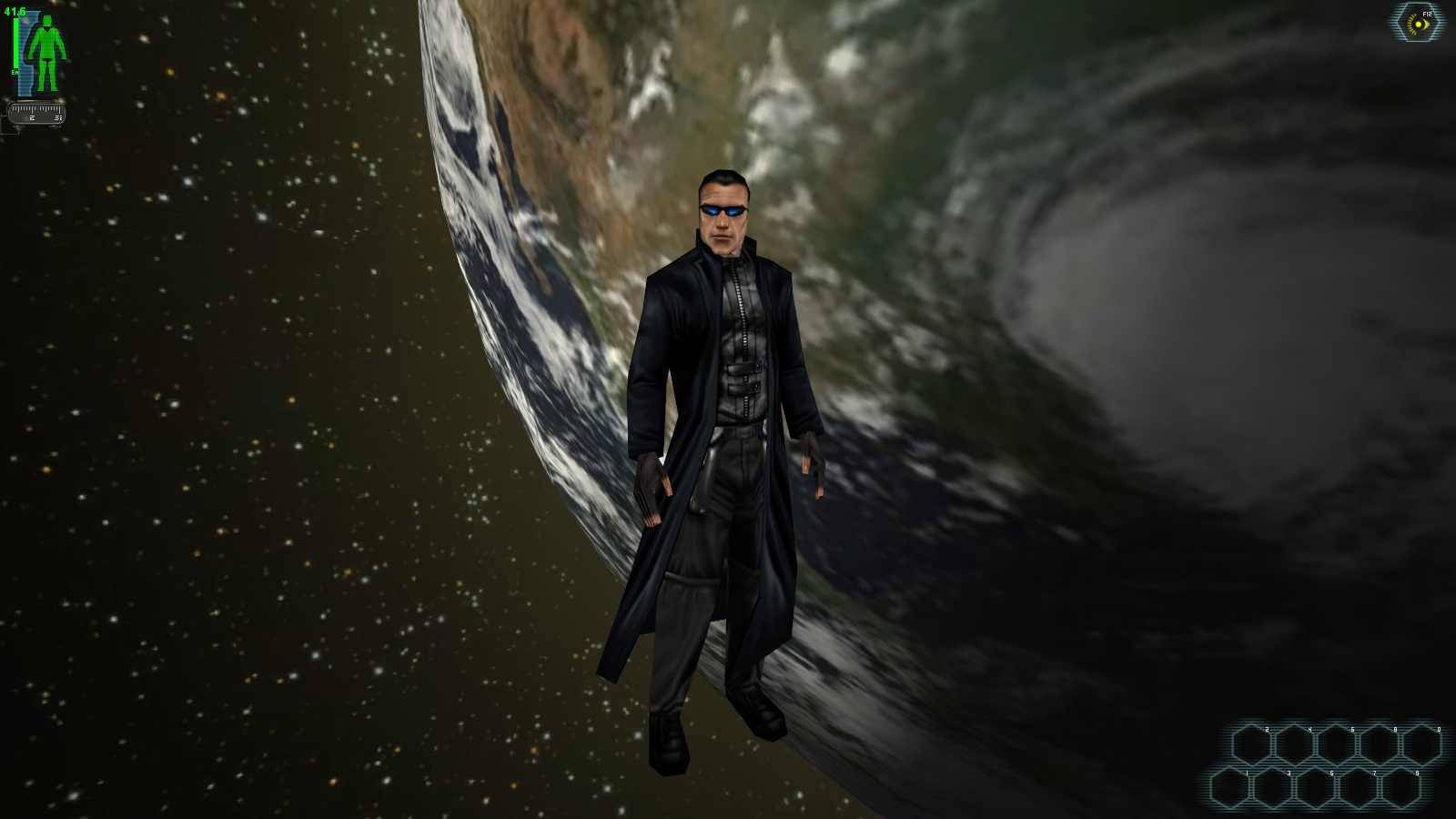 The deafault skin, resembles JC Denton the most, except additional forehead wires and sleek, black outfit. Someone might confuse him the Coalition's second nano-augmented agent... 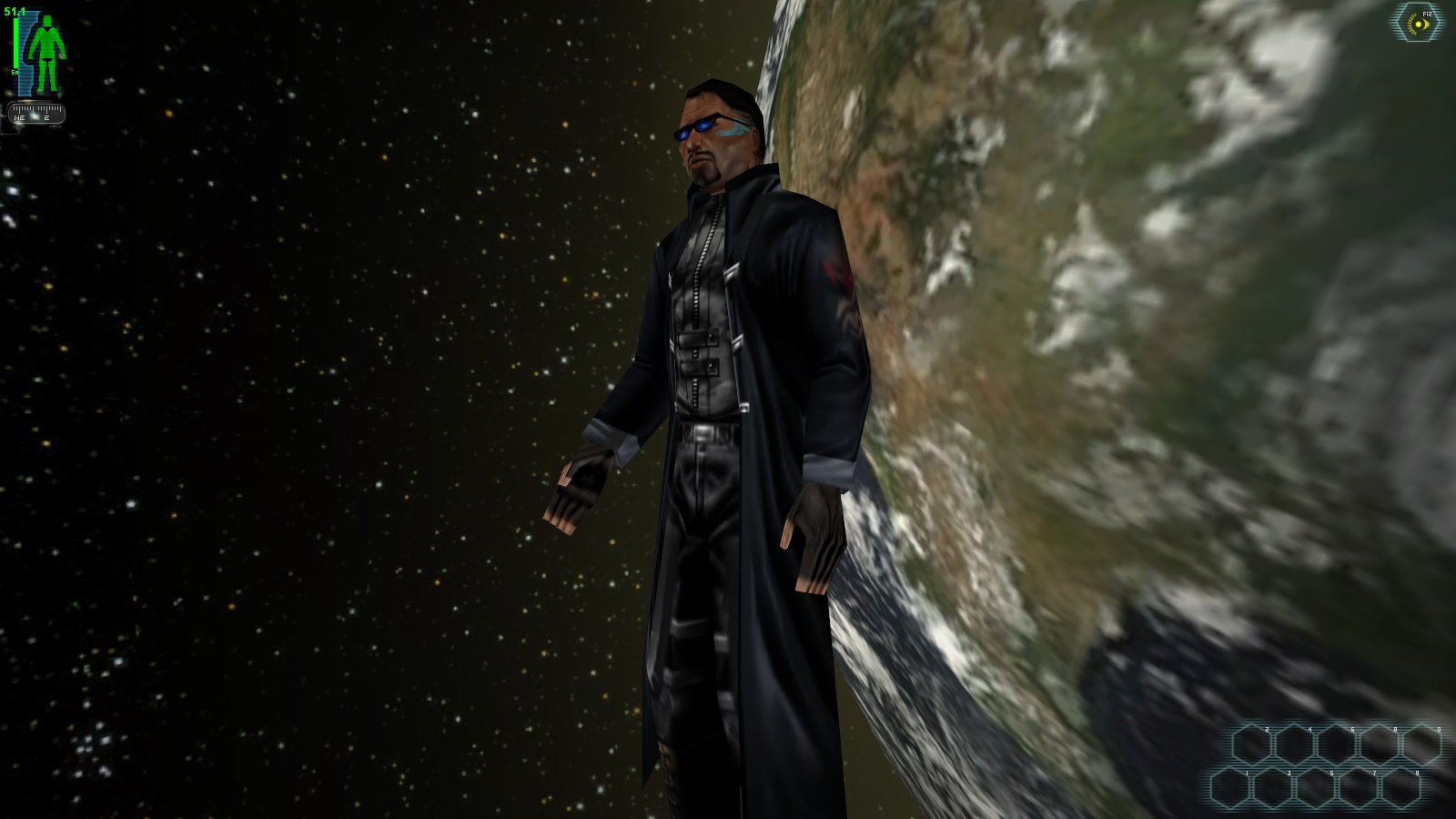 Carrying the Templar cross and the Illuminati's all-seeing eye on his sleeve, the Templar Tantalus rocks the Jesus style with his goatee and dark skin. His cheeks have two blue wires. 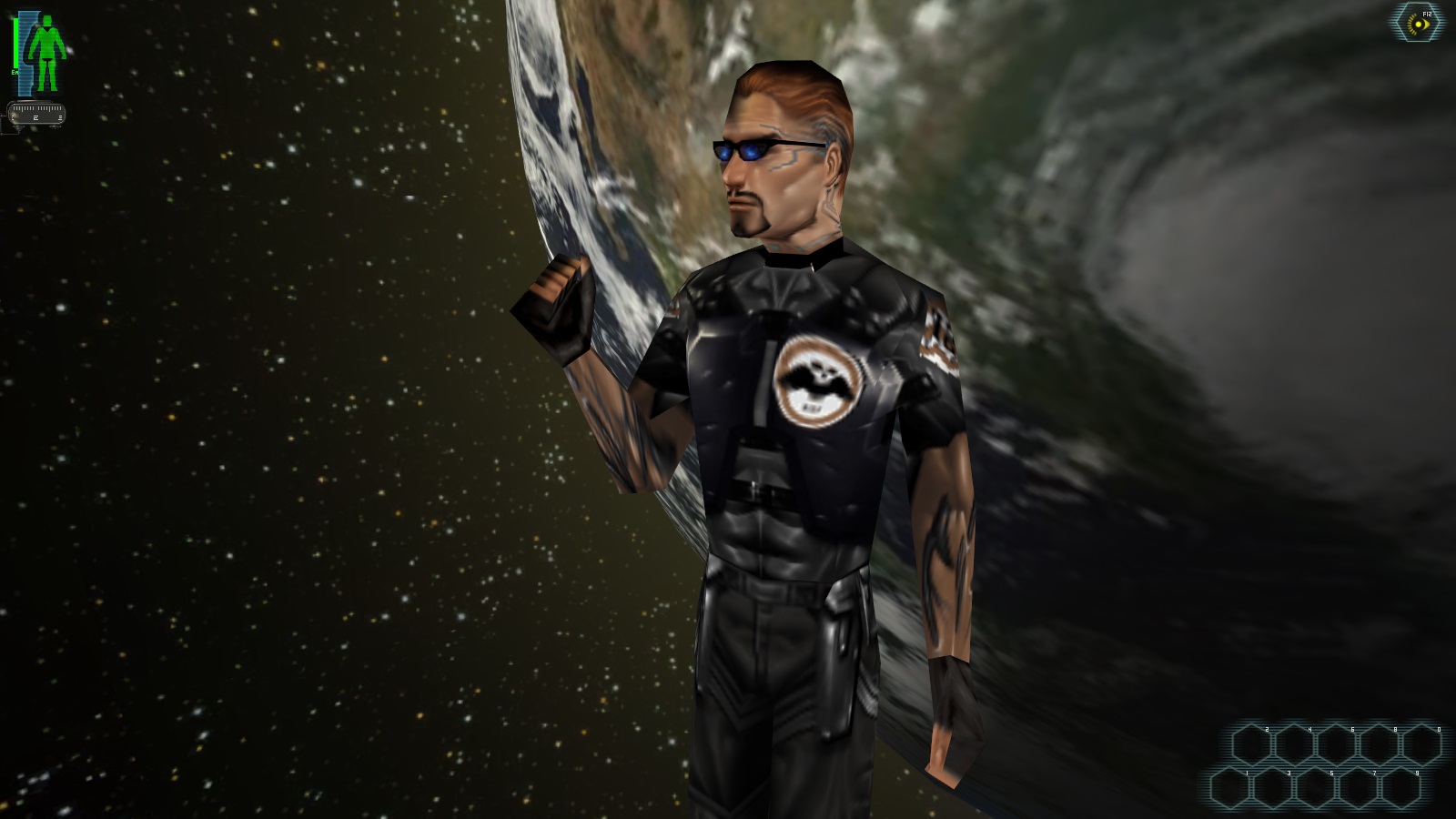 Wearing body armor instead of the traditional trenchcoat, the NSF Tantalus proudly shows his support for the rebels with the NSF insignia. His temple wires extend to his forehead and cheek. 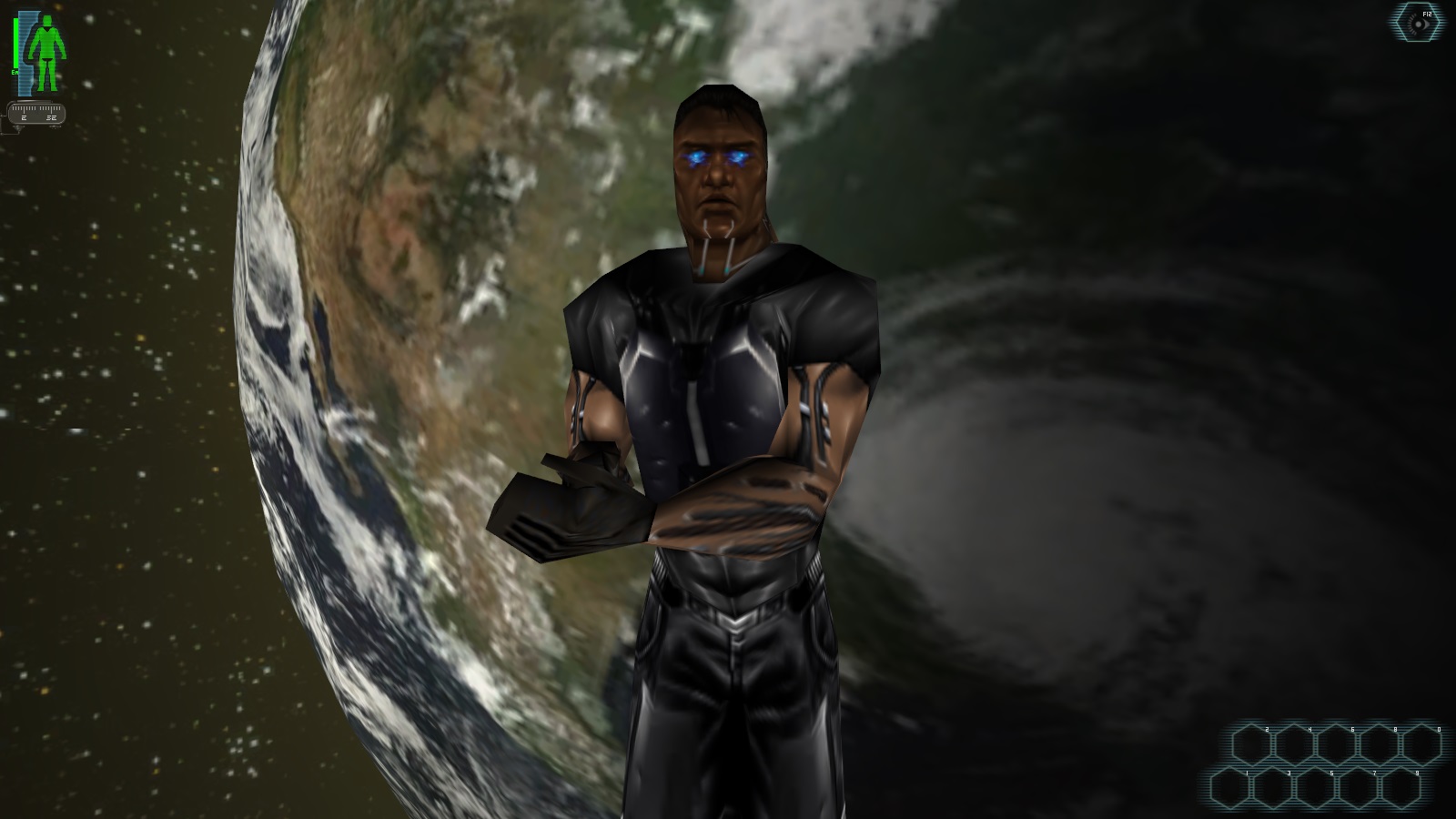 In the world full of choices one must be given an option to fight for the 'bad guys'. MJ12 Tantalus has the bodybuilder physique of Arnold Schwarzenegger or Hermann Gunther. His chin wires add to his brutal, bull-like appearance. 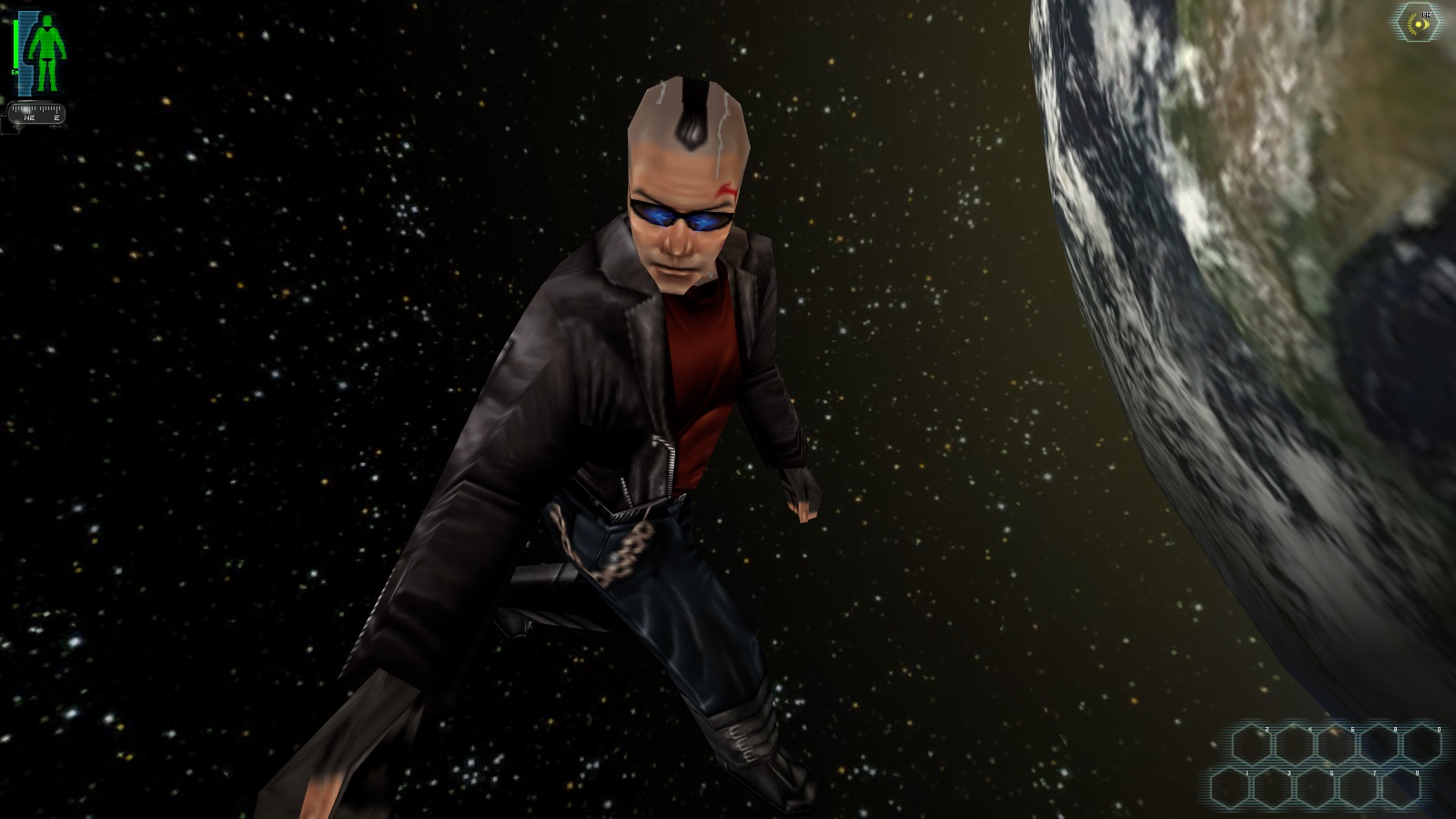 The coolest outfit we can offer make the Triad Tantalus look like a rockstar. His leather jacket was 'stolen' from Alex D, and the Chinese Triads will surely recognize the facial mark. His mohawk head shows brutal grey skull wires.

Which Tantalus(es) will YOU play?

I hope that they all enjoy a fine ham sandwich in the chopper.

I'll probably use the UNATCO skin. The Templars were the worst faction, suicide bombing whole cities because they didn't like nano-tech.

Even worse than MJ12?

you good sir deserve a medal