An ongoing event where the community will help vote for which weapon designs to use in the mod. Art designs only.

It's no secret that I'm effectively going it alone this time around, and while the majority of the mod is in my hands it doesn't mean that I'm not going to ask for help.

It's difficult making a generally appealing design when all you really have is your own opinion, and as such I turn it over to you. Over the next series of news posts, I'll let you decide via comments which designs to use.

I'll start with two weapons: one old, one new.


Everybody's favorite. Fires high explosive anti-personnel rockets forward with a delicious FOOM that will give anyone close enough to the blast a good case of gibbing - or launching. 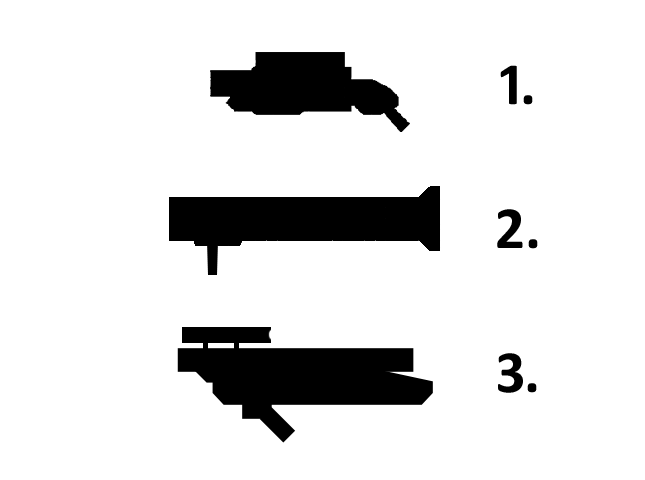 
A new style of weapon, the Jet is exactly as it's name implies - a miniature, hand-held jet engine. The intense heat and airflow coming out the nozzle will cause damage to anyone in range, as well as force them(and yourself) backwards. This backwards force can also be exploited to use as a literal jet pack - just make sure you don't run out of fuel in mid-air. 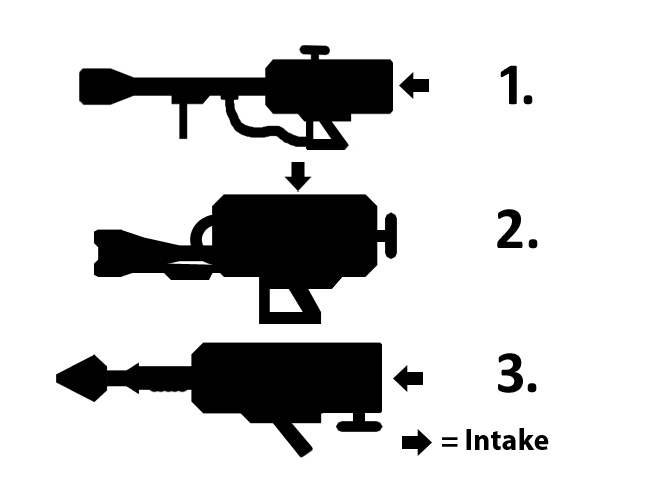 Over the coming days and weeks, more concepts will be posted until the final designs are decided upon. In the meantime, more coding!

Although the water cannon sounds interesting, it doesn't make any sense. if it's a high enough pressure to slice through flesh, it should make you fly back at such a speed that you smash into the wall and die. But if you find a way for it to make sense, the 2nd one looks good.

As for the RPG, the 3rd is also my favorite.

A launcher with extreme recoil makes perfect sense! Ever played Metagun? :U

For the Rocket Launcher, I vote 3, for the water gun I vote 1.

#2 for the Rocket Launcher and #1 for the water gun.

1 and 1 for me, I kinda like number 3 with the rocket launcher but number 2 just looks annoying.

Flip jet #1 around and make it rocket launcher #4 and I vote for that one.

I'd suggest number one on both, each is creative and unique.

so the first rocket launcher looks like a grnade launcher or something so no go and the second on is too much stereotype. But i dont understand from where the rocket should be launched at 3#. But somehow i like the design so for me:
Rocket launcher 3#
Jet definitley 1#