The Black River map showcase: an in-depth look at the new random map, featured in the mod.

A detailed showcase of a map crafted specifically for the mod - the Black River. 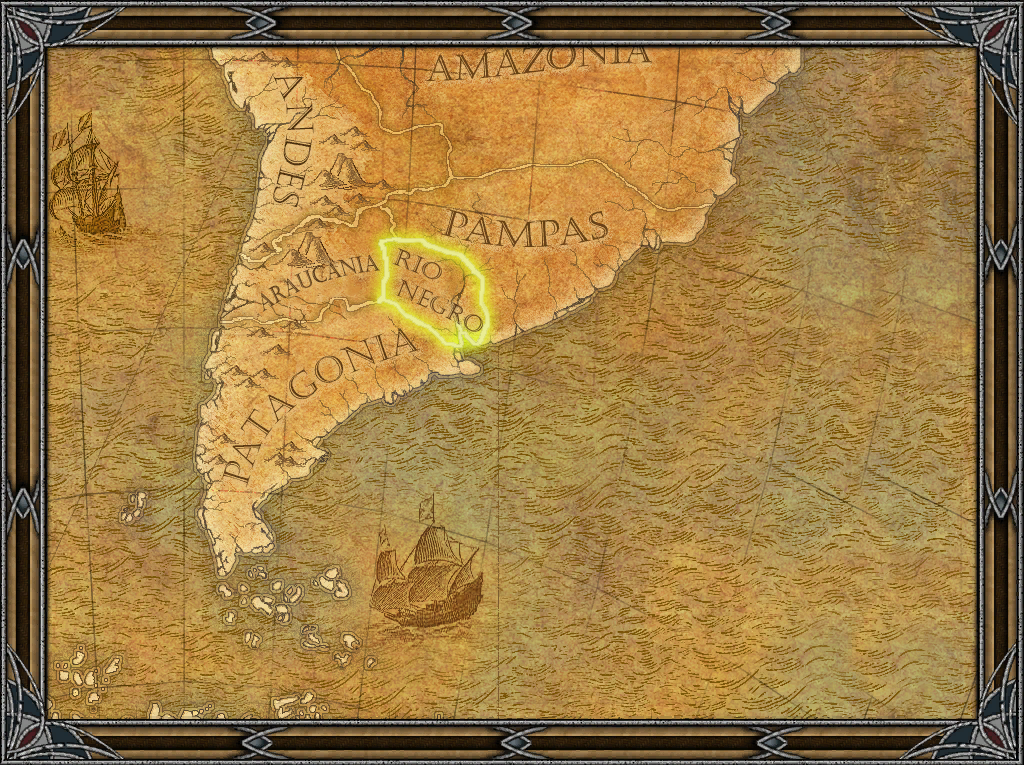 Rio Negro is a river in south Argentina, named after the literal translation of the Mapuche name for the river, Curu Leuvu. Today it is also the name of a province of Argentina. The region was home to many indigenous peoples, the Mapuches being the major one. 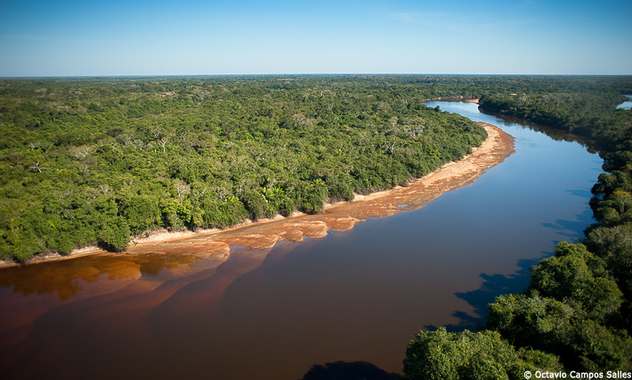 Player teams start in lines beside the river with a shallow. The southwest bank of the river has a plateau, and more shallows lead to this side in case of 7-8 players. The center of the map is a valley devoid of forests.

Two native villages can be found on the map - a Mapuche village to the northeast and a Chincha settlement on the southwest plateau. 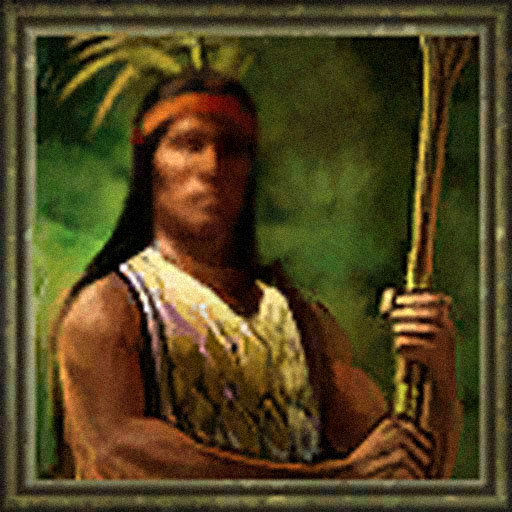 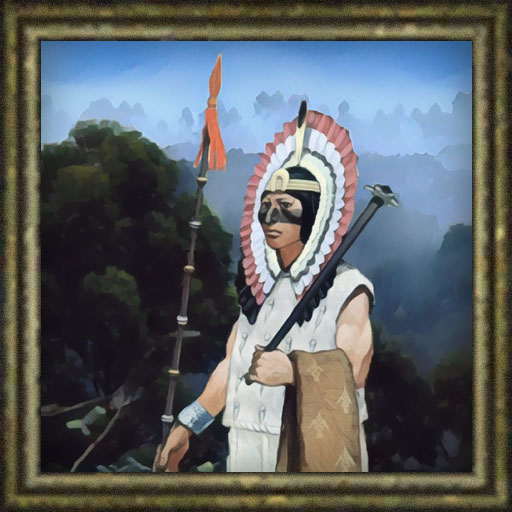 A trade route goes alongside the northeast edge of the map. It has three trading post sites regardless of player amount. 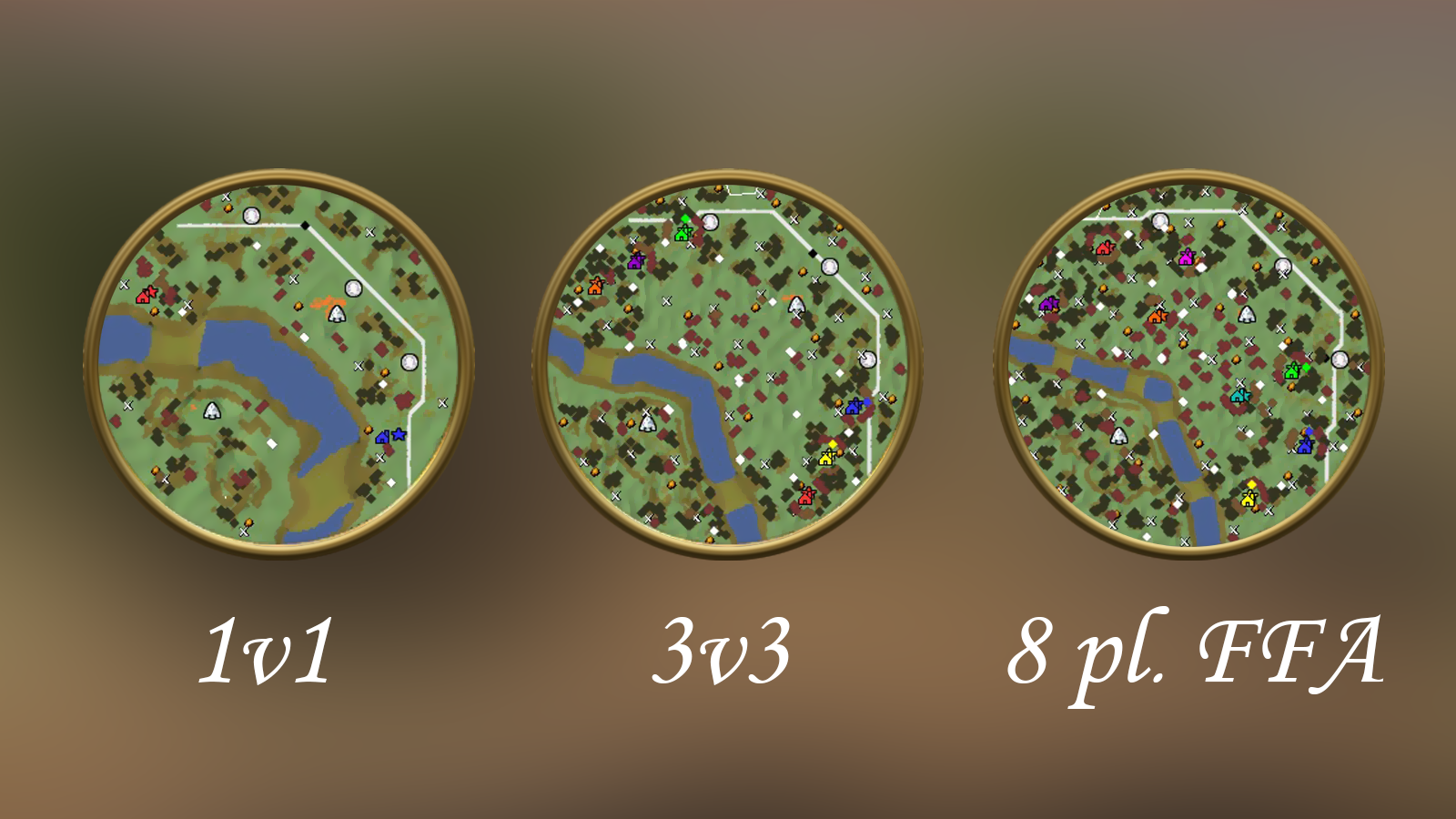 For a FFA game the players are placed in two lines following the shape of the river and the trade route. In a King of the Hill game, the monument is placed right in the middle.

A unique terrain was made for this map. It includes a brownish river, muddy cliffs and various types of textures. The ground is dirty brown, while the central region of the map is grassy. 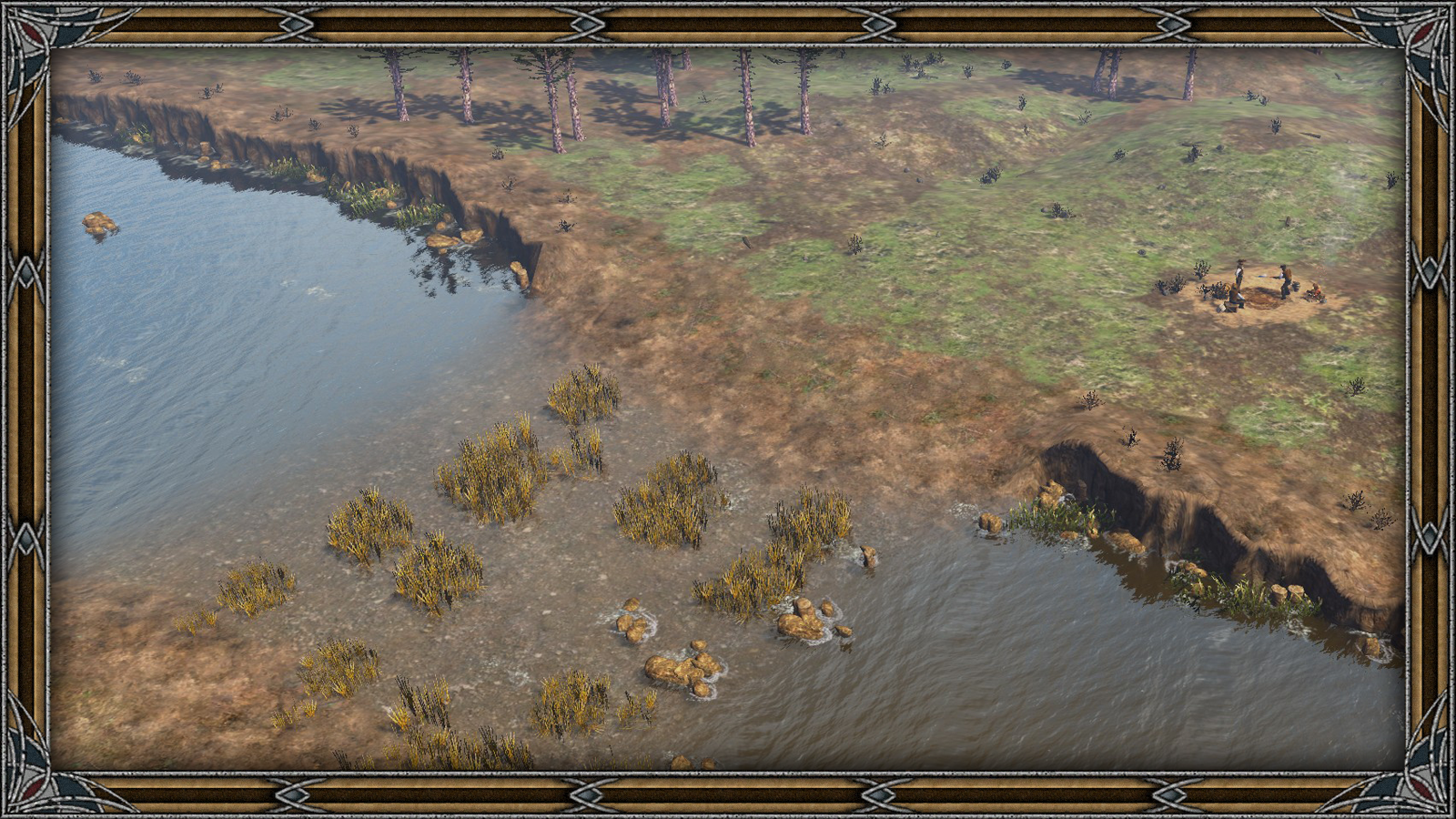 In other ways the terrain is similar to the nearby Patagonia. 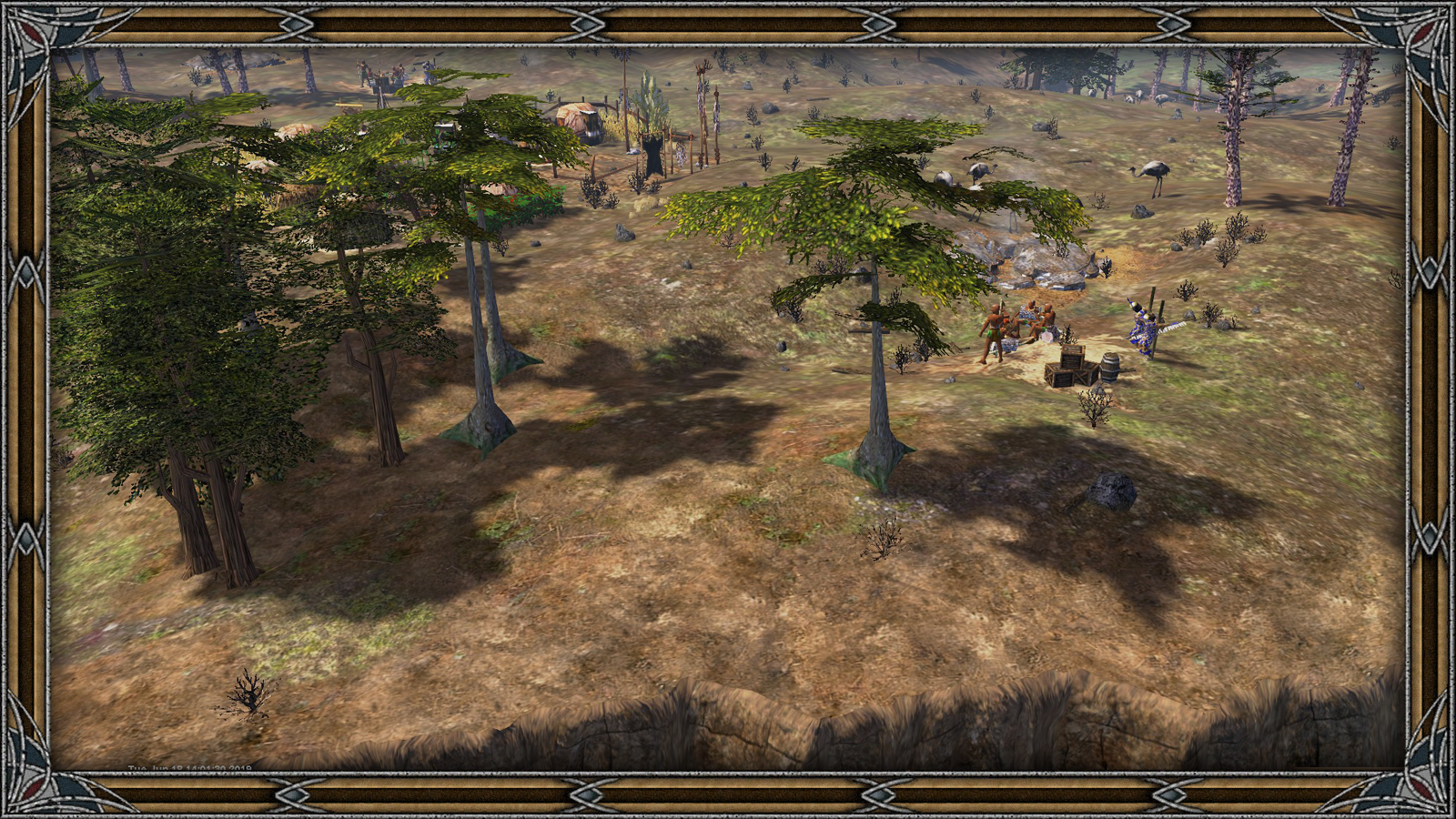 Herds of Rheas are scattered all around the map. They consist of 5-8 animals.

Pairs of Llamas can be found all around the map. 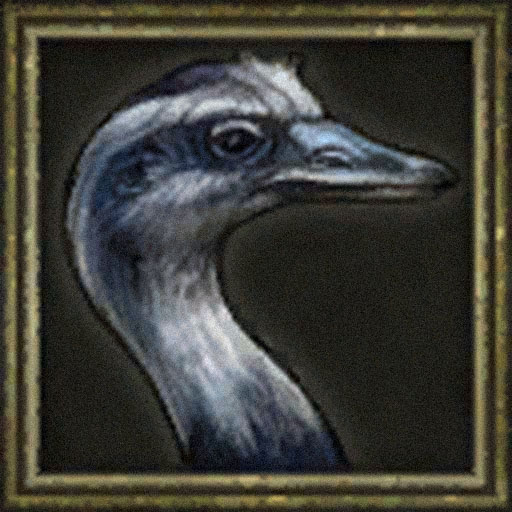 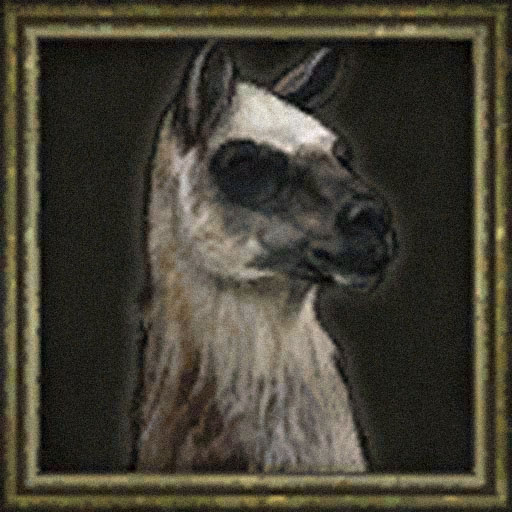 There are no fish in the river, but groups of 3-4 berry bushes are placed on the map, especially in the central grasslands.

Decently sized forests are scattered across the map, avoiding the center. The southwest bank contains a number of trees as well. Wood might be a problem at a later stage of the game, and there are no particularly valuable areas in terms of wood map control.

Each player starts with a Gold mine. Silver mines are placed all around the map - three to four per player.

The map allows for many different strategy choices. The shallows can be walled off for turtling, yet this will put the players into a rather cornered position. Low wood amounts may mean more raids in the middle of the game, while a gold mine from the beginning, to the contrary, allows for longer camping. 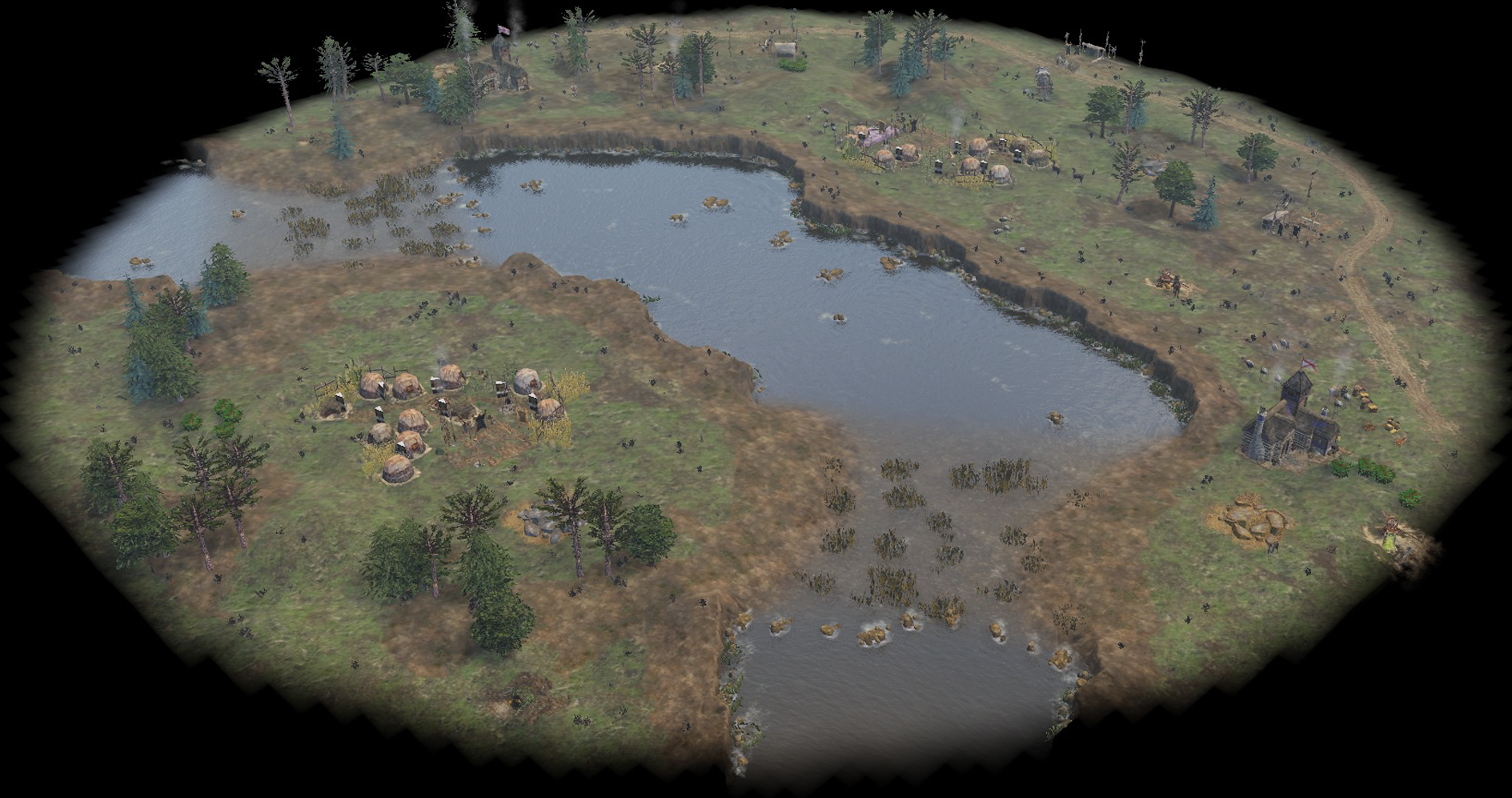 The Mapuche are known for their native rush, so that is one of the possibilities. Despite the river dividing the map, the latter is open, and player colonies are unrpotected from attacks from two distinct sides.

The gameplay may resemble that on the Yukon map, but the river position is obviously one of the main differences. Lower resource counts and natives make the map unique as well.

This map was actually the first random map I made for the mod. Comment your thoughts and suggestions - I'll see if I can implement them!

Why does one player have less than half the herdables in the vicinity of his/her tc.

Or maybe they are just hiding under the trees.

The last picture doesn't represent real resource distribution. The minimaps above do.

This map is a feature of the mod, not a standalone map. The mod will be released in a couple of months. For now you can download another map in the Addons section.