Structures received some big changes in TALON Mod 1.3. Here's some information about what changed and how those changes affect gameplay.

One of the most dramatic and instantly noticeable changes to the game in TALON Mod 1.3 is structure build times, structure strengths and the new structures added. We're excited and a little nervous to see what people think about the changes. Excited because we think the changes make a big positive difference to how the game plays, but nervous because we think there is an adjustment required and some people just won't like it. But hopefully many will give the changes a chance, and appreciate that the Mod is now even more strategic and interesting as a result. Some of the benefits of these changes include;

Structure Build Times
We've always wanted to bring units that generally sit in the background into the game more, and have succeeded to do that with artillery units and AA units in the past by making defenses stronger and removing AA abilities from units that really had no reason to have them (Tanks). But many units were still being overlooked. Infantry weren't getting used much and neither were a lot of tier 1 & 2 vehicles such as stealth tanks, beam cannons, seekers, etc.

The main reason for this was because it was possible to reach tier 3 so quickly due to the structure build times (and costs) that it made sense to go straight for Tier 3 and get the best units. As part of our testing we found that in the vanilla game you could have your first tier 3 unit built in just over 2 minutes into a game! If you can build an Avatar in 2 minutes why would anyone bother with anything else?

The solution as far as we were concerned was to make it impossible to reach tier 2 and tier 3 until a specific amount of time had been played. By significantly adjusting structure build times this has been achieved. It now takes a minimum of 10 minutes of gameplay to reach tier 2 and 20 to reach tier 3. This means that at tier 1 there's now a lot more incentive to use infantry and tier one units.

At first it feels incredibly slow to do anything, but that's because gameplay has always been a mad rush to do everything (build all structures ASAP, crank out units etc.). Now though you have time to scout and harass your enemy without having to obsess over building a new structure every few seconds. Base building is now an ongoing process throughout a game.

Structure Build Order
Now that structures take a lot longer to build, a player has to decide what to build and when to build it. If a GDI player for example wants to upgrade and have more infantry options then they can make the Armory. But doing so will mean that they will have to wait longer to build an airfield, crane, Command Post etc. This means that players have to decide how to specialize and if they want to specialize in some areas rather than others early on in the game.

So it's a choice of do you want specialized infantry or air units, a Crane to boost structure production or a Radar structure to get your mini-map and scan abilities, a Command Post to reach Tier 2 or a Space Command Uplink to access additional special powers and units.

Overall it forces you to make decisions about how you build and those decisions affect how effective you are at dealing with specific situations, and this adds more complexity to the game, which makes it more interesting. We promise you this, you'll experience a never before felt sense of accomplishment when you reach tier 2 and tier 3!

New Structures
We wanted all factions to have multiple options for battlefield intel and it made sense to have a building dedicated to these abilities. GDI and Nod got a new radar structure and Scrin's Mothership has been converted into a flying intel center. By default all of these structures (unit) will unlock the minimap. But after that there are options to research Radar scans, Orbital scans and Stealth Defense (an research ability that detects stealth near the radar structure / unit). 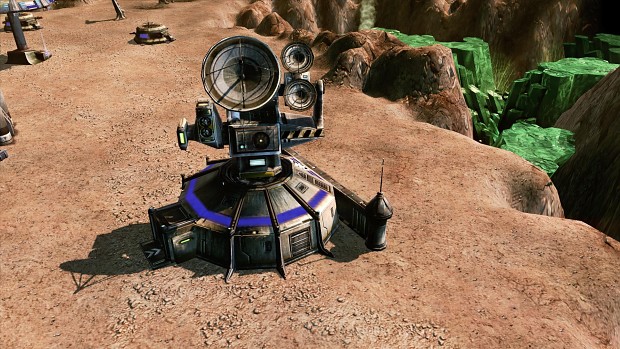 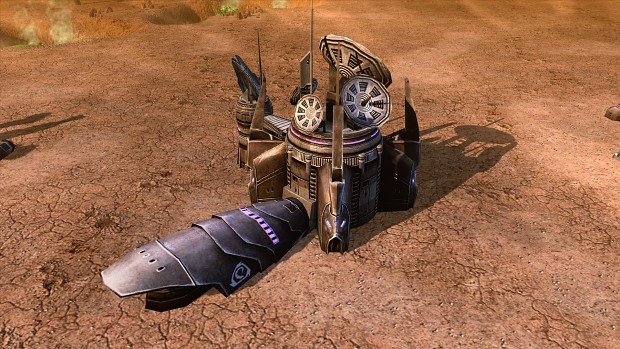 The Operations Center (Command post /nerve center) has been turned into a structure that not only unlocks tier 2, but one that allows a player to use radar jamming and countermeasures. These abilities cost, so they can be used to not only jam a radar but to force an opponent into draining their economy if they wish to counter the attack. Radar jamming now lasts a relatively long time so it's not something that you'll barely pay attention to.


Tougher Structures
We increased the strength of structures in previous versions of the mod, but we have made them stronger again. It just felt more fun and more realistic to be shelling the hell out of a base for more than a few seconds. Defenses have not changed in this regard.

Beyond the strength of the structures we also gave GDI repair drone upgrades on most buildings as well as more garrisoning options. Nod received more mine defense options and Scrin now the ability to research Ion Storms.

And finally; some structures (Conyards / Superweapons) have big explosions! 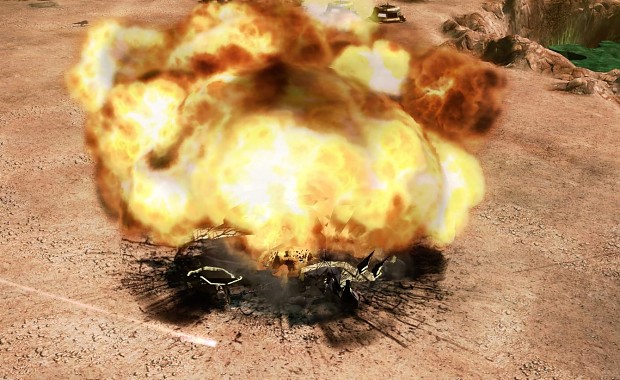 So will this go along with the Talon Update cause i have it installed on my PC:3

Yes this will all be featured in version 1.3, which will be released very, very soon. The biggest reason we made a separate article just for the build times and structure tiers is because they immensely impact how the game is played. It may be frustrating and seem too slow-going at first, but give it a fair shot, and even play against other people and you may find you love it better than the traditional version. That's pretty much how it was for me as we developed the mod, but once I got used to the adjustment I found it to be much more entertaining than how the game was before because it allowed me to focus more on my army and harassing the enemy/gaining control of territory instead of just building my base since things were done building pretty quickly.

These changes work great with the AI so far, but we've found the best experience is to play against other players. If you have a Steam account, join our TALON Mod Steam group and hit some of us up for matches.

One other thing I'd like to mention with the increased build times is that defenses were included in that build time change. The reason we did this is because it was too easy to quickly build and deploy defenses inside your base while you were being attacked, and always saw that tactic as somewhat cheap and slightly unbalanced.

We've also removed the prerequisites limiting tier 1 defense structures. This means that all of your basic defenses are available right from the start, allowing you to prepare for early attacks since the structures don't build in a very linear format anymore. Basically what I'm saying is that since build times are longer and you have more freedom with what you build in what order, we've given you all 3 tier 1 defenses right from the start. If you go for a vehicle factory right away while your opponent goes for an airfield, you still have the defensive capabilities to counter their first attacks.

very very nice mod. only one point individual up grade for units is a bit costly . i think else is one of my best mod. thanks for this