Deep in the heart of the Alaskan wilderness, Irving Dynamics has built the world’s largest Hadron Collider, which they hope to use to harness Dark Matter energy. But when the facility comes under a surprise and sudden attack, leaving the base crippled and many within it dead, the last hope for the future of human civilization is in the hands of Amber Kingsley, a disgraced former Army Special Forces officer. 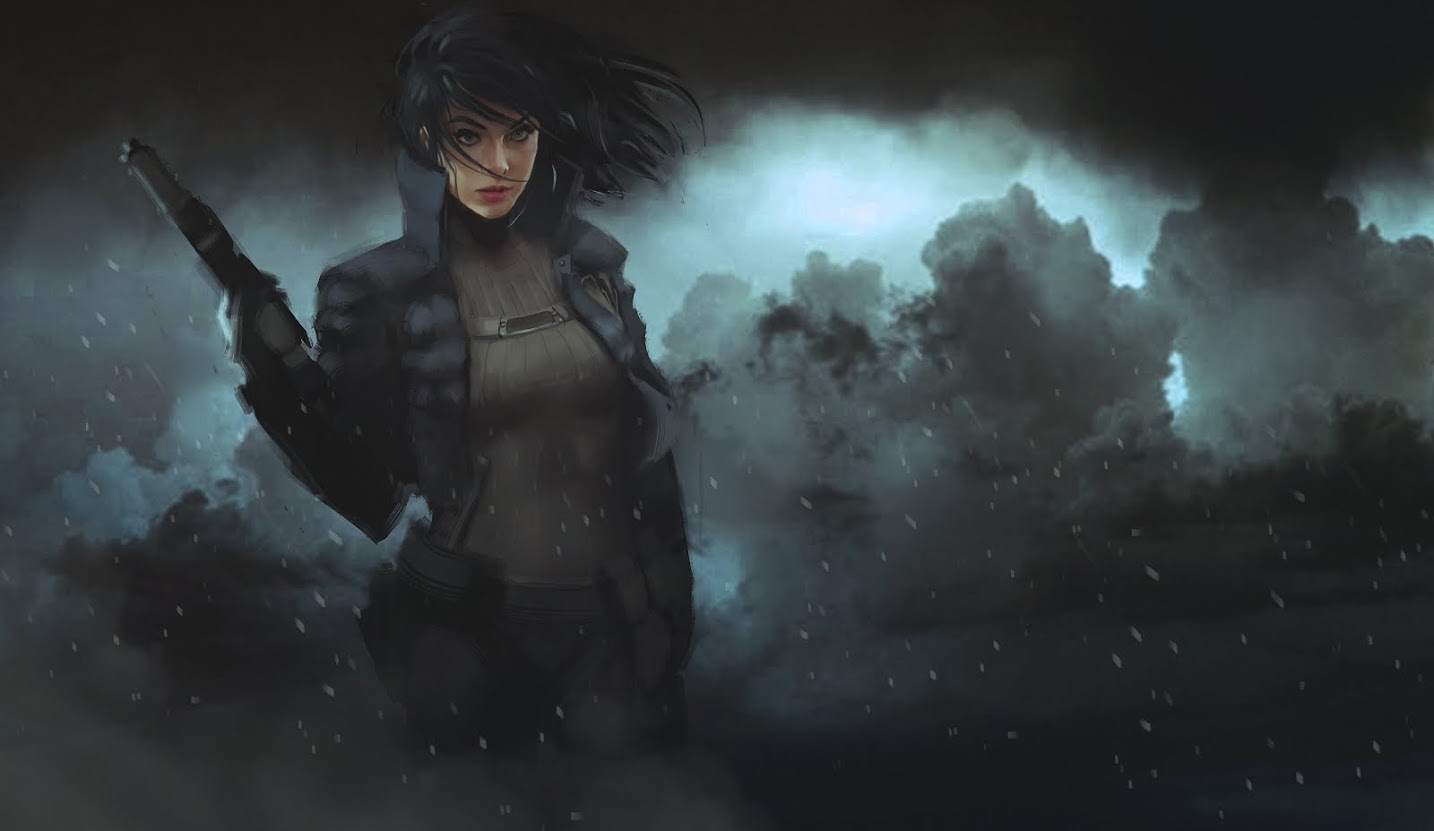 By the year 2034, the world is on the brink of a Third World War as the United States and the Russian Federation is locked in a new Cold War. However, unlike the old era rivalry fought between two competing ideologies (Democracy and Communism), this new Cold War is one being waged over energy.

With natural resources almost all but extinguished, with fewer than fifty years of oil left in reserve, the world powers have begun to explore alternative means to fuel the next century; to fail would mean to the end of civilization as we know it. The leading hope is that Dark Matter might prove to be the golden ticket, as it has the possibility to bring about a new era for mankind, and solving the growing energy concerns that are fracturing the world. But who will crack the Dark Matter formula first?

Leading the way is Irving Dynamics, the world’s most powerful corporation and pioneer in advance science and applications. They have built deep within Alaska the most powerful Hadron Collider ever conceived by man. But on the eve of a breakthrough equal to the splitting of the atom, Irving’s facility came under a sudden attack from elite Russian Special Forces, which systematically ceased control of the base, killing all that stood in their way.

However, the Russian forces did not count on Amber Kingsley, who, despite being discharged by the United States Army a year prior, for leading a failed operation in North Korea, which resulted in the deaths of several of her men. Amber isn’t a mindless action hero. She is a skilled, honorable, and charismatic leader, and more than that, a noble friend. Amber’s goals aren’t to free the Apex Facility from the Russian forces, but to find and save her lifelong friend, Jill Haley – a senior member of the Irving staff. This isn’t to say that Amber will turn a blind eye to what is happening, as she’ll do what must be done to save innocent lives, all the while disrupting her enemy’s long term goals.

With Amber is Sya, and advanced artificial intelligence developed by Jill Haley. Together the two will embark on an adventure that will forever alter their lives, not to mention the course of human history.

Sounds great! When can we sign up for beta? Also, will there be multiplayer?

I also wouldn't think that the concept that Dark Storm is using really would lend itself to something like a CoD multiplayer.

yes, somewhat. you'll just have to stay tuned my friend and see what ends up in the final.

This is a long shot, but if you've already had trouble with long term Engine support, and you intend to keep the game free anyway, have you considered going for one of the Opensource FPS Engines out there ?

ioquake 3 (built on idTech3) and Darkplaces come to mind as two high quality Engines (both with at least one sound game in active development).

we have infact, but the Unreal 3 Engine gives us everything we need and more.

Why hasn't nato been mentioned it is a major part of the system of alliances and defence.