In this installment we introduce the hazards you will face in Stardrift Nomads.

Welcome again to Stardrift Fiction! In this episode we'll talk about all of the hazards you will face in Stardrift Nomads. The more you know, the safer you'll be!

“What’s so dangerous out there in space that would require all this gear?” you might be asking yourself. Well space is filled with all kinds of hazards, and not all can be avoided with the same strategy. Some require a simple volley of lasers, while others need a little more finesse, and there is the occasional threat that should be avoided entirely. 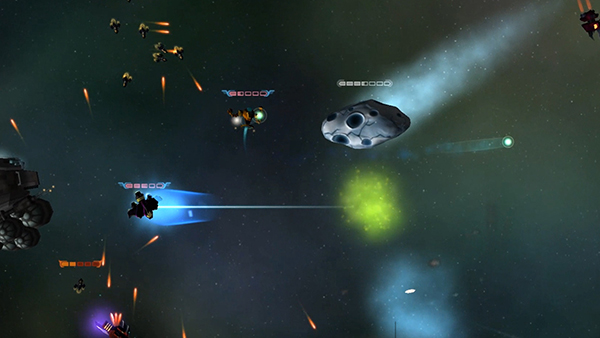 Hazard is a catch-all term that refers to anything that has the potential to harm the Colony. These hazards can range in threat level ranging from small space rocks that might knock out a relay antenna to entire swarms of pirates with no other goal than to destroy this colony and take our scrap for themselves.

Asteroids
These rocks endlessly fly through space, flung this way and that by various gravity wells and celestial bodies. Generally they are not a threat to us, but more than once an unwary pilot has been crushed to spacedust by a rogue asteroid. Few are large enough to deal catastrophic damage to the Colony, although even the smallest rock can be more than an annoyance, but every repair we have to make is just more scrap gone. 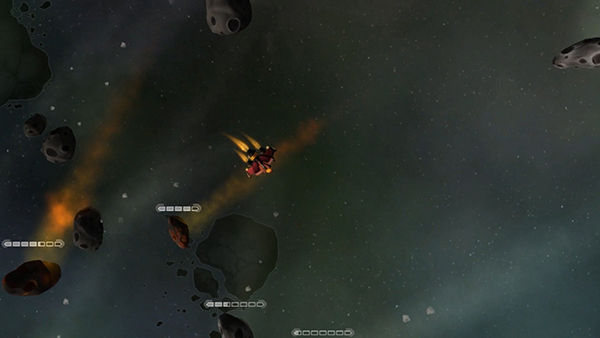 Asteroids come in several flavors, rocky, molten, icy, and radioactive. Rocky asteroids are the least threatening, they simply cause damage by colliding with something. Molten asteroids, when destroyed either through collision or by a dose of laser, will split into several smaller rocks and continue upon different paths. Icy asteroids do much less damage if they ram something, but will completely coat their victim in ice, disabling many vital systems until the ice is cleared. Radioactive asteroids are highly volatile and upon destruction will explode in a cloud of radiation that damages all machinery caught within.

Pirates
Drifters gone bad Pirates will stop at nothing for a little scrap, even if it means vaporizing someone else to get it. 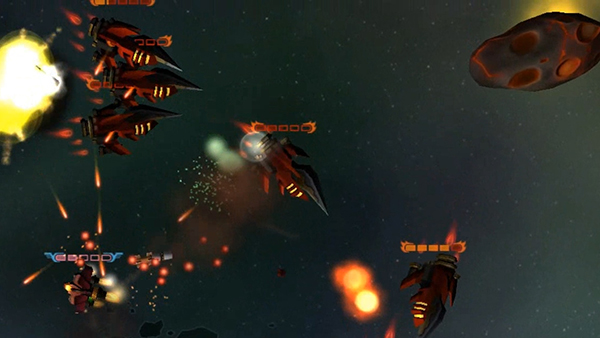 Pirates travel in large fleets centered around one massive flagship which sends out tentacles of scouts in all directions looking for scrap. If a scout stumbles upon a lode of scrap the rest will descend upon that location, if you see one pirate you can only assume many more are on the way. Pirates fly many different classes of ship which range in size from small fighters with a sole pilot to hulking capital ships with hundreds onboard. Each class is tiered by hazard level, those at the lowest tier are rusting antiques and the ships at the top are some of the deadliest in space.

The only way to escape a band of pirates is to fight your way out. So when the klaxon sounds that a pirate has been sighted, prepare to scramble!

Other Threats
Space is unpredictable, and almost anything can emerge from the darkness. We’ve sighted sector wide electric storms, colonist ships that were completely empty, and even wormholes leading to warp knows where. 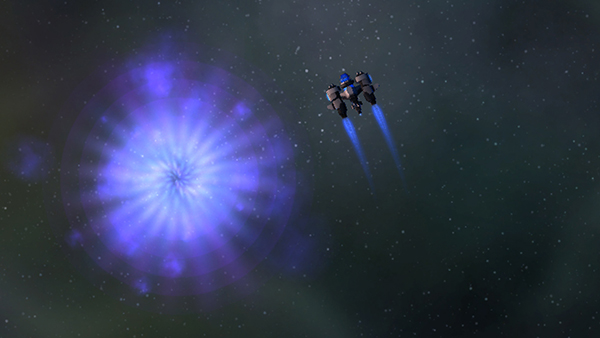 Just remember, be ready for anything. It’s a huge, beautiful world out there, let’s explore it.

Thanks for reading! Watch closely for the new trailer for Stardrift Nomads...