News from one of the most explosive games on ModDB!

If rainbows could explode I'd bet they would look something like this: 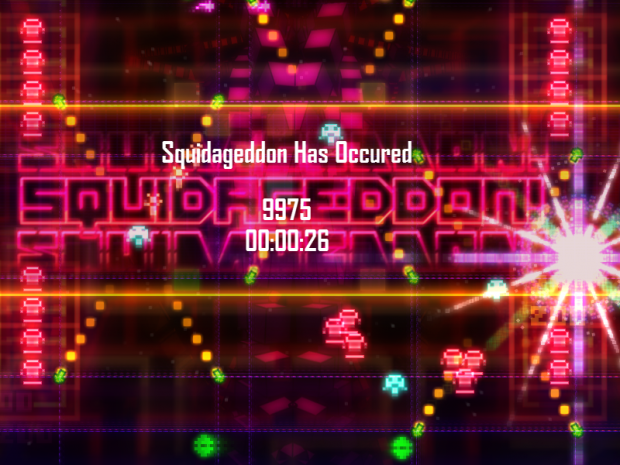 Squid Yes, Not So Octopus: Squid Harder is a game that hard to contain in just images or even video. It's one of those games that has just has to be played live, right in front of your eyes, to take in all of its epileptic frenzy. This video on the left comes closer to capture the excitement, but still doesn't quite do the trick.

The game itself is an arena-based SHMUP that delivers bite-sized sessions with instant and consistent gratification. It's easy to pick up and play, making it a perfect time filler (or palate cleanser) in-between larger games, and the hectic pace entertains with many WTF moments — your screen so jam-packed with eye-popping visuals that you don't even know how you survived.

The big news here though is that the space-faring squid could be headed to the XBox sometime soon, here's some work in progress media: 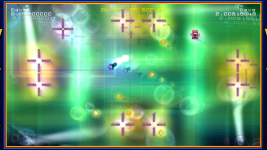 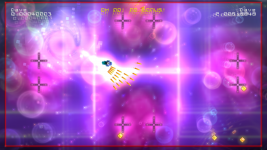 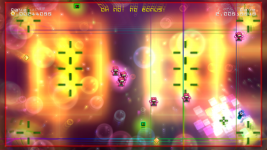 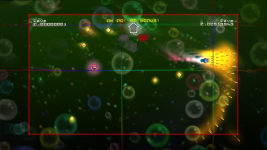 see more screens in the gallery

These new shots boast some new (temporary?) art, but the same zany OMGWTF screen-filled-with-exploding-rainbows moments. Of course, you can check out SYNSO: Squid Harder now on the PC before all your console friends can even get their hands on it!

When is this comin for xbox :o?!

Shouldn't be too long now. We've had a few hold ups with life getting in the way but it's coming along nicely.

Nice and flashing bright colors, Im gonna try this for sure !!!

I STILL HAVE NO IDEA WHAT THE **** IS GOING ON.
THIS IS STILL AWESOME.

WOW!!! This looks like crazy intense junk that only the brave at heart and completely stupid can survive! Looks like something I'm willing to take a shot at. By the way, how did Rob manage to get a Game Maker game on the XBox 360?

The original is done in GM and then ported by the uber talented Andy Noble. Aside from the doodling and the original design work, it's pretty much his baby and he's actually made the game a lot better than I could have. Which y'know, I'm rather chuffed about as it now looks like the game in my head instead of what I splurted out originally.

Whatever you do dude, just make sure you put a "SEIZURE" warning before people can even download the game. For legal reasons.