A list of added and planned features for the Skyrim: Civil War mod.

Features to look forward to:

In the original game, the fight is only between the Empire and the Stormcloacks. To make the gameplay more fun and diverse I've split them
up and devised some lore to make it all fit in. The fighting factions are: Empire, Stormcloacks, The Rift, Whiterun, Markarth and the Forsworn.
I will shortly add a section explaining how each faction is going to be unique and how I will make their position in the war work.
| Empire: Red | Stormcloacks: Blue | The Rift: Purple | Whiterun: White | Markarth: Green | Forsworn: Yellow | 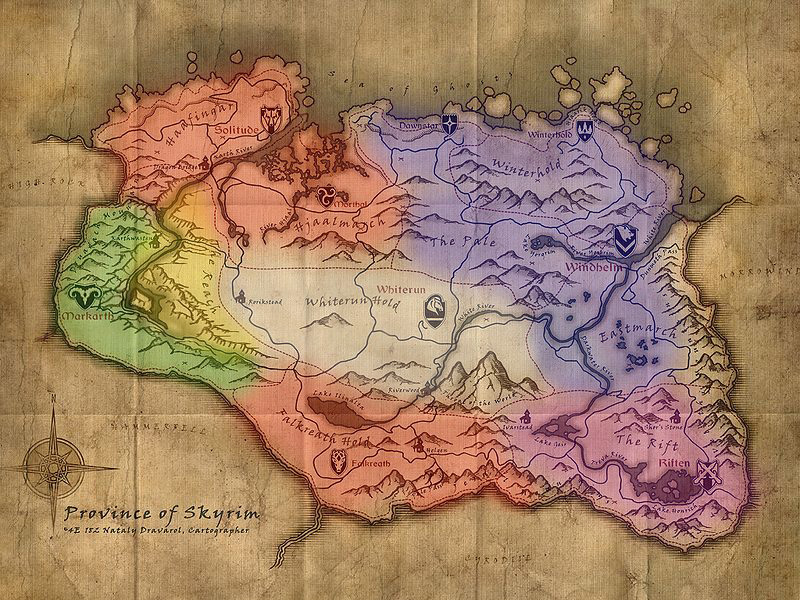 My blade is itching to spill some rebel blood

The Empire is Law!

Shouldn't Whiterun be Yellow? It's been awhile, but I remember their guards and flag colours being yellow. Forsworn I feel should be Brown.

nah i think its good

I was doing this based on the faction Flag colors, whiterun's is mostly white so yeah