People who have been following our blogs will know by now that we're putting a lot of effort into creating distinct visual art styles for the different art periods of the game. Of all the work we've done, the most radical and unique is most definitely the real time rendering of impressionist type levels in Rock of Ages 2 (Siggraph worthy stuff here!).

The following image is not concept art – it is an actual in-game screenshot of one of the levels in the game:

Edmundo developed the technique we use to make Impressionist art, and the method is not based on a post-process that we apply over an existing 3D scene. The assets are all custom-built into the game using a creative way of mixing 3D assets, with 3D brush strokes that are “hand placed” by the artists in 3D Studio Max.

Below is the first Impressionist level we developed and our source inspiration; a painting of Monet: 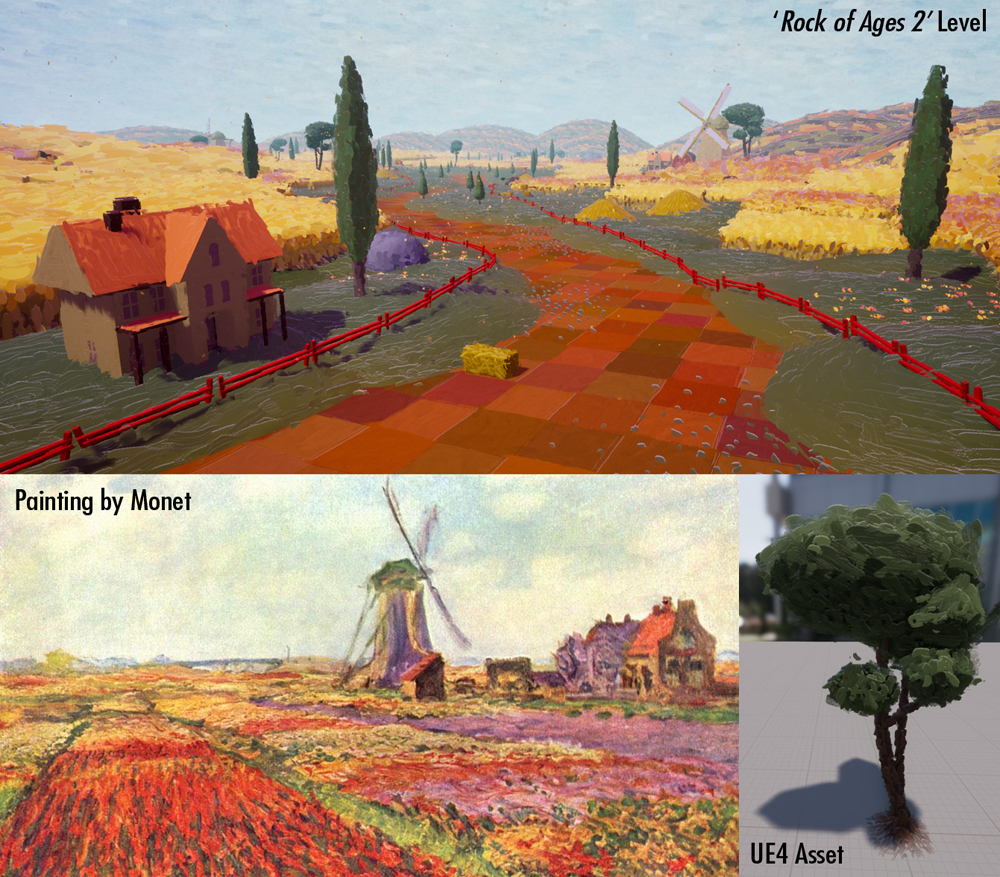 In very simple terms, the way this works is that we custom paint simplified base models with a variety of brush strokes, similar to how hair is placed on characters in current video game development. We use the vertex colors of our mesh and brush strokes to determine the colors of the “paint”. 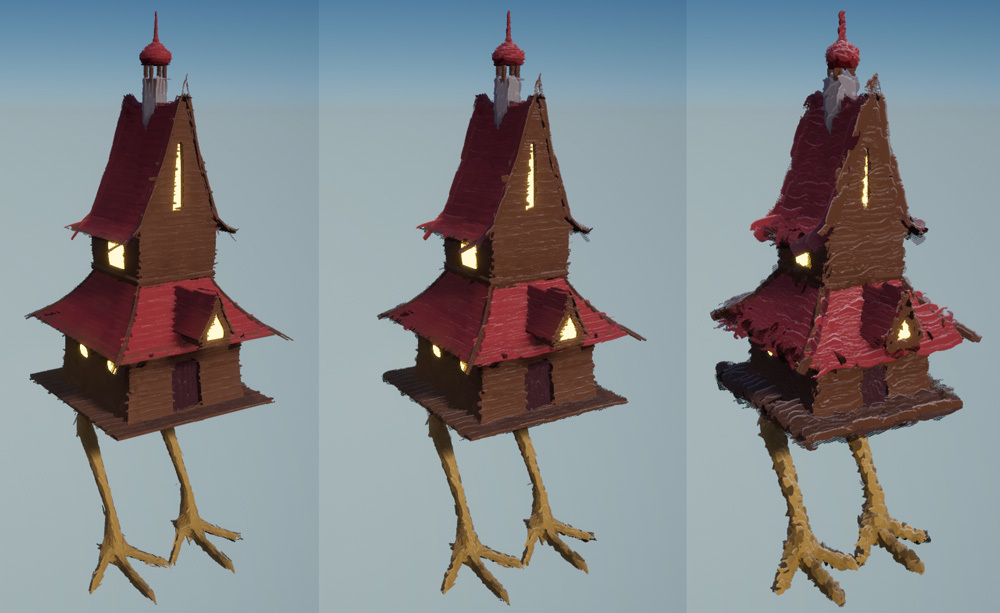 Baba Yaga, are you in there?

These painted strokes use a special shader in Unreal Engine 4 which does many things, such as lighting, aligning the strokes properly to the camera, and also allows us to control the width and thickness of the brush strokes. This allows us to make the art seem as if it was painted by a very thin paint brush or a very thick and larger paint brush. (See image above)

Here you can see the technique applied to some assets and a comparison to regular models. (Note: The models on the left are not the same models than the ones on the right. They are completely different assets)

While we mostly use this rendering technique for static meshes and world geometry (re-creating all units in the game could be done, but would be too much work) it can be used on skeletal meshes with bones and animations. The technique is also compatible with lightmapped objects. Here is another example of a level using the Impressionism rendering style:

There is a lot more that can be said about our implementation of this art style, but we try keeping these blog posts short so that they are appealing to everyone. We will probably re-visit this subject in future trailers or maybe another post. For now you can watch the Rock of Ages 2 trailer if you want to see a brief glimpse of how the art style looks in the game itself. 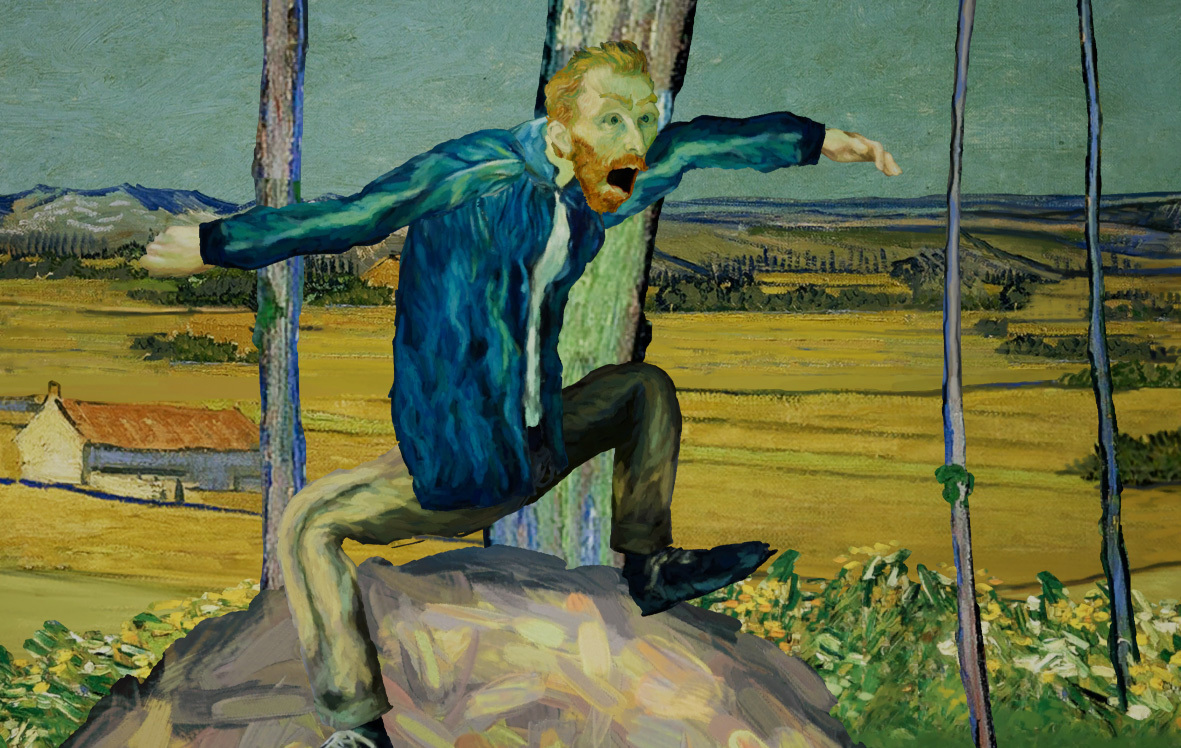 (Note: This is a screenshot of a custscene – it is not using the implementation discussed in this blog post. It is purely 2D art)

Wow that is some impressive impressionism!! Seriously love the look of those levels and can't wait to see them in action, keep up the amazing work team!