We want to give all of you a heads up on what's been going on and what we have in store for you in the coming weeks.

We just want to give all of you a heads up on what's been going on and what we have in store for you in the coming weeks. At the moment we have a playable version of Sky Soldiers, but we are going to wait with releasing it to the public until we have had some more time to polish it and make sure everything works the way it should. If all goes according to plan we should have our first public beta available by the beginning of march!

This beta will include:

We have recently released our first official trailer, including both cinematic and in-game footage. Check it out if you want to know what to expect. The game mode shown in this trailer is Fuel Frenzy. Thanks to Kevin Van Asch and Michiel Houwen for making this trailer!


We have also released a couple of new screens from our new map SI-Manhattan. Be sure to check out all of our screens in the images section! 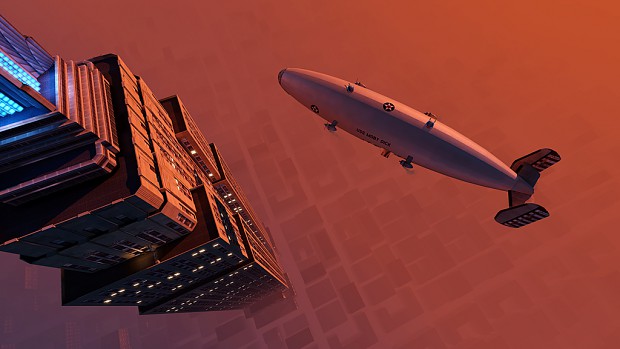 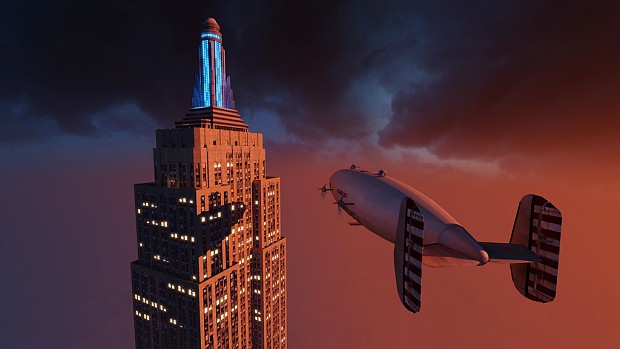 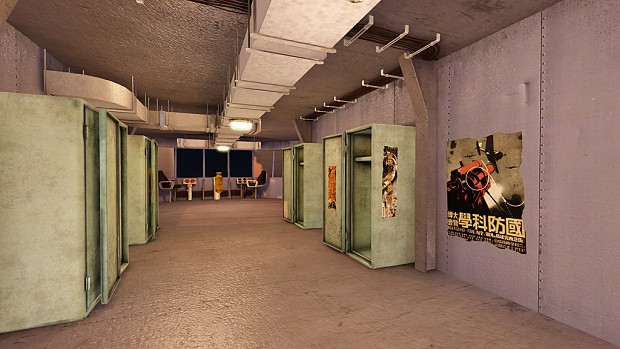 And finally, Leslie has made a new wallpaper, featuring the characters from both sides, available as a download. So if you want to spice up your desktop, head over to the download section!

That's it for now, We'll keep you updated on our upcoming release!

Ive seen that before... sly. This looks fun. Some of the weapon models don't seem up to snuff with the rest of the art at its current state.

Yes I remember! Sly 2. It was a bit different but just as epic! keep up the amazing work!

Well, I like your idea, it looks to be very interesting. I disagree with willy-wilson, I don't think I've seen any of this stuff before.

As for your game, you've got an interesting core idea but you have not refined anything outside of that idea at all. Your shooting mechanics are sloppy, and your levels are poorly paced.

Nevertheless, yo uhave an interesting art direction and general concept behind this. I'm tracking you as I see a chance for your project to succeed in whatever goals you have for it.

lol i just meant a lot of this stuff was posted on polycount.

I have to agree completely with this, the art style looks fantastic, however the game play does look pretty.. basic. Looks like theres far too much shooting and being shot at, leaving you with hardly any tactics or skill.
None the less the art looks great and I really hope you work on making the game play a bit more interesting.

Nice Trailer! The Inception-influenced music fit quite well... did your composer create that or was it licensed from a library?

It is Inception music actually, its called Mind Heist.

Guys, this project looks very awesome. I don't want to sound like an Ahole, but did you license the music? Or just used it in the trailer? This is one of my favourite soundtracks, and I found it quite odd when I heard it in this trailer.

License a movie track? To put in a trailer? Do you really think that's necessary for a tiny team? How much lost revenue do you think Warner Bros is really getting from them having the music in the trailer?

I'm not trying to be an *** about it, but there's a line between reasonable and unreasonable, and going through all the trouble and fees of licensing a song from a movie for a personal project is unreasonable IMO.

Yes but it does depend whether you want to just use it in trailer, or actually use it in game as a soundtrack, doesn't it? I think it is quite a big difference, since you are using their music for commercial purposes. So, using it once in a trailer, doesnt make it bad, but using it in a game does.

Thanks for the comments, this project was actually a schoolproject and we decided to continue working on it because we love to play it ourselves :) . I was told that using the music in the trailer for non profit purposes would be considered fair use.
I'll try to look into it some more.

A lot of the weapons are being remade ;) consider them dummies for now.

It's also worth noting that this game will be released for free, so we're not making any money by using the track. Either way, we won't use this track in the game itself.

I understand that this is quite an ambitious project, but you might want to consider putting more obstacles of sorts in the way of the two bases. My only concern being that all players will be able to see everyone else at the same time. This good lead to massive mayhem (which might be what you want). Granted I have not given much thought into how you might correct this, and I'm sure you have play tested this. I'm just giving my two cents.