Check out our NAIRI July Update! A lot of images and a new video!

Hi! Welcome to another update!

Let's talk about what we've been up to with NAIRI during July!

We’ve been working hard on multiple sequences at once, most notably a new subsection of the poor district called the Zakat District.
We decided that it’d be more efficient to start conceptualizing and programming the final dungeon while You works on finishing up most
of the Zakat District art assets, since this allows us to keep the game moving towards completion by maximizing the progress made every single day.

And now, we get to that part of the update in which, if you don’t mind some spoilers, you can check a new video for NAIRI!
Below you can check the first iteration of an early sequence that involves Nairi and Rex talking to a notorious criminal in a new portion of the game!

You’ve seen a couple of Zakat District background sketches in our last update, but now it’s time for you to look what they’ve turned into! 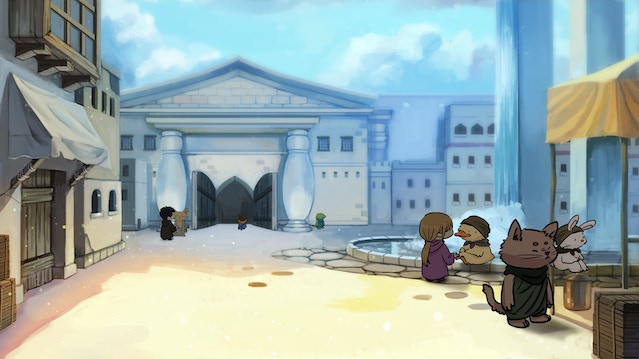 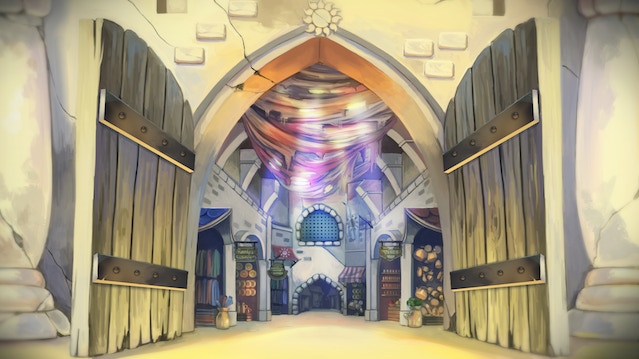 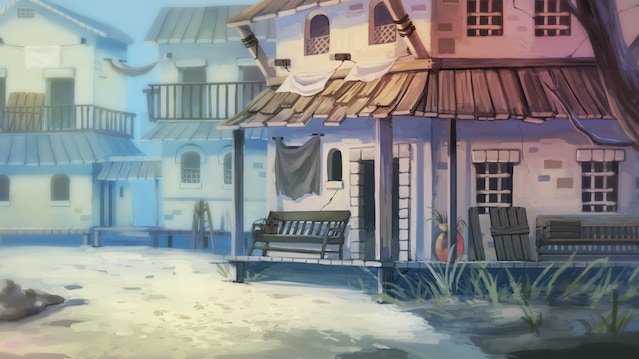 Along with the outdoor areas, you can also enter some of the residences in the poor district.
Below you can find some example for said locations. 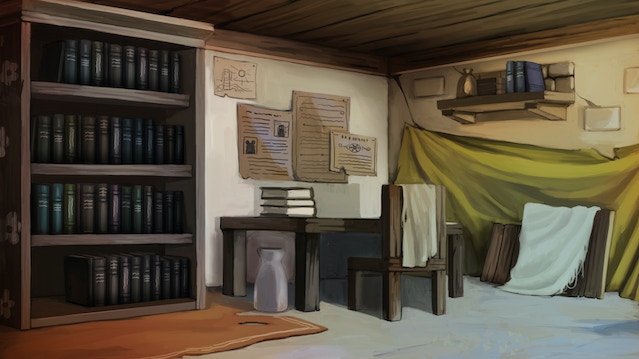 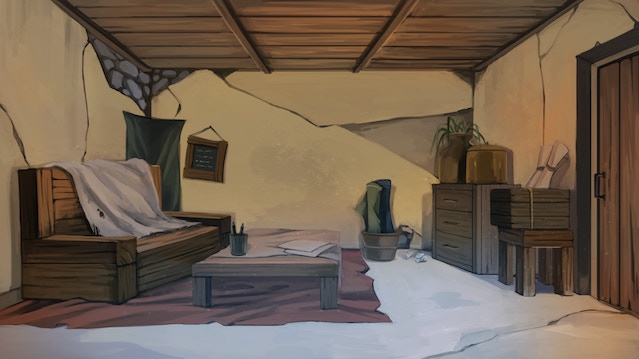 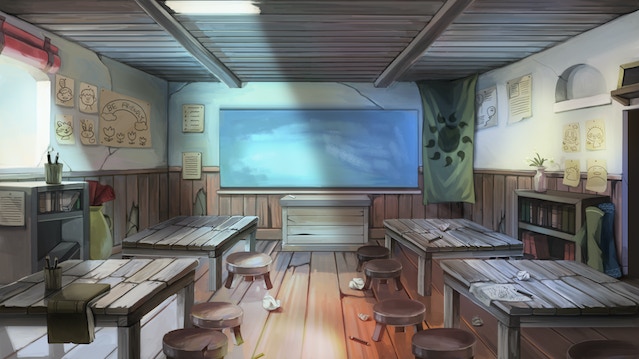 And while working hard on the backgrounds, You has also been very busy working on the characters in the game! 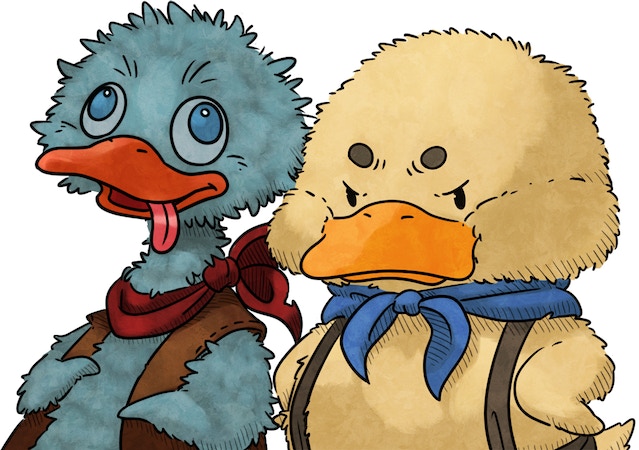 On top of the two above, we also have some new characters for you to check out in sketch form: 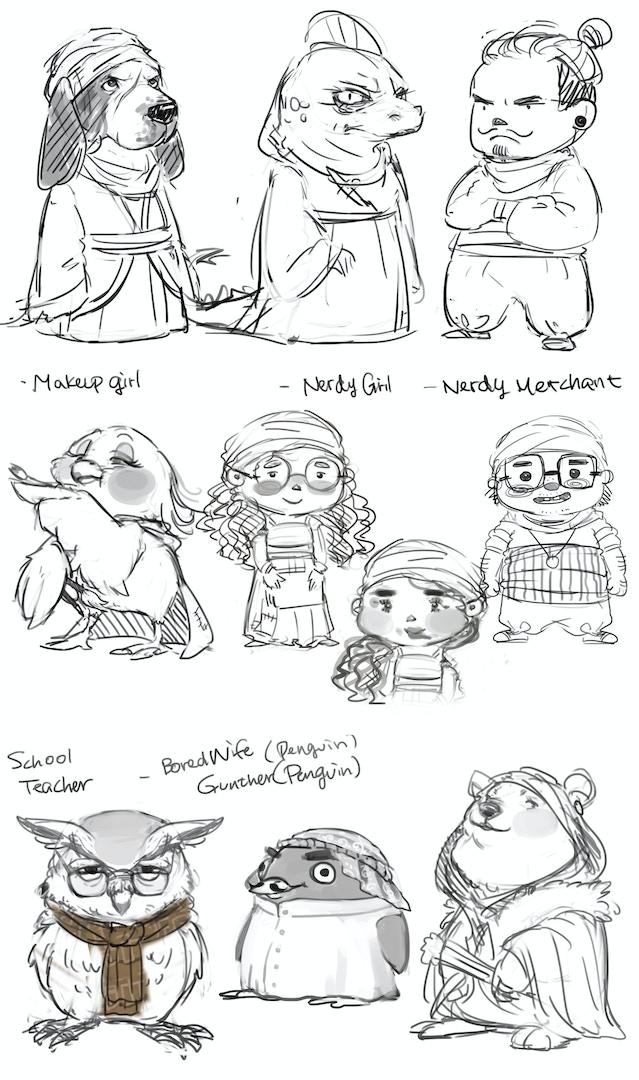 You is working hard adding a diverse cast of characters to the world of NAIRI, as you can see from the polished version below of Esma and two distinct characters…
As well as two other new characters we hope you like!

There’s another old character making a return – and you might remember her from our announcement trailer! 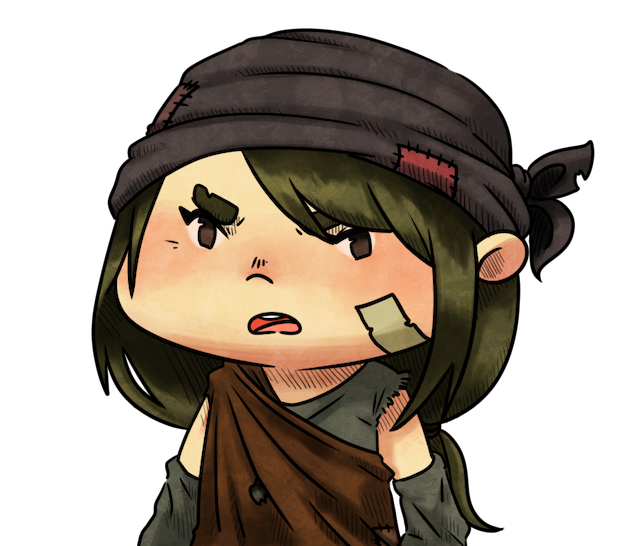 Her name is Sayo, and she will be accompanying you for the majority of your time in the Zakat District!
She makes for some great banter along with Nairi and Rex, and has a sad story behind her otherwise aloof attitude.

Her look has changed a bit between the trailer and her current rendition, as you can see from the comparison below. 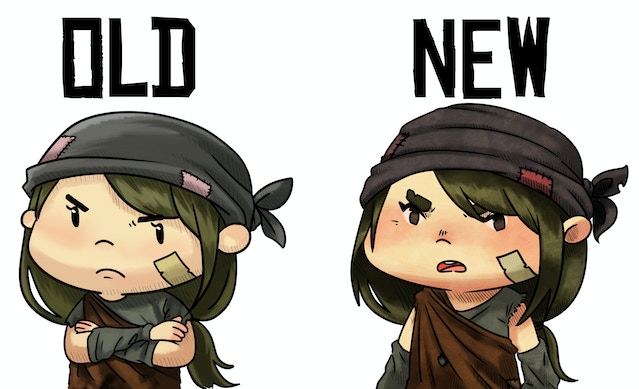 And that’s it!
We're looking looking forward to the next update - see you then!