ModDB catches up with Dan and Vince from Crankshaft games to have a chat about what its like to be a modder turned Indie developer.

The creators of Eternal Silence have hung up their space boots and have moved onto a new project called Party of Sin on the Xbox Live Indie Games platform (XLII), so ModDB catches up with Dan and Vince from Crankshaft games to have a chat about what its like to be a modder turned Indie developer.

ModDB: Hey guys, why don't we start by having you guys introduce yourselves.

Dan: Hi I'm Dan, founder of Crankshaft Games. I'm currently the project lead for Party of Sin. I'm in charge of engine programming and overall team organization. Previously, I worked on Eternal Silence, a mod for Half Life 2.

Vince: I'm the only other programmer for Party of Sin. I work on gameplay programming and level design.

ModDB: For everyone out there who don't know about Party of Sin why not give us an elevator pitch?

Dan: Party of Sin is a cooperative platformer for Xbox. Four players will each inhabit one of the Seven Deadly Sins and get to battle the College of Angels on their way from Hell to Heaven. They will get to use an arsenal of weapons like crossbows and shotguns as well as their own unique special powers to shoot their way through four worlds. The Sins will compete for points. They will need to balance cooperation and backstabbing to complete the level, but also come out on top.

Vince: The players will face a mixture of puzzle solving, tricky platforming, and intense combat. Both their brains and reflexes will be put to the test. 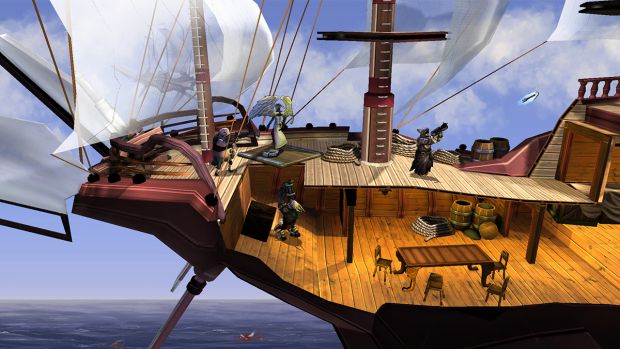 ModDB: Can you give us some examples of those special powers?

Dan: Gluttony, for instance, can gobble up just about anything. He gains points for based on the size of whatever he eats. He can eat angels, ammo, props and random creatures in the level. He can even eat critical items like keys and other Sins, but he spits those out. If he eats too many inedible objects, he will begin vomiting points (as a balance mechanic). Sloth, the Sin of lazyness, can fire a slow-bolt which places whatever it hits in a kind of time warp. The object starts to move slowly. This can be used to solve puzzles or dodge quick enemies.

Sins also have super powers which they can activate when they charge up their energy bar. The super powers are pretty over-the-top. We're keeping most of them secret right now, but I'll give one example.

Pride can activate his super power called "Pride Time". During Pride Time, all the other Sins are prevented from attacking (their bullets fizzle out into purple smoke) and Pride is given quad damage and quad points. Combine this with a funny background tune like Eye of the Tiger and you have a great way to gain an advantage over everyone else. During our prototyping phase, this was one of the most hilarious powers.

ModDB: Let's talk about the art and style of Party of Sin, what can we expect?

Dan: We decided on a side-scrolling view in Party of Sin to expose as much of the art as possible. The Seven Deadly Sins are a great subject for artists, and our art team is super enthusiastic about working in this kind of fantasy. We wanted to give Party of Sin a very painterly feel, so we rely heavily on our concept artist Tobias to deliver that vision. Colors are bright and vibrant, with each sin represented by a color (Pride: Purple, Wrath: Black, Envy: Green, Sloth: Blue, Lust:

Red, Gluttony: Pink, Greed: Gold). Our art is 3D in the foreground, but we wanted to keep the background 2D with parallax. This gives the level a really cool feel, because we've got high detail models in the foreground with nice soft painted backgrounds. Many of the backgrounds will be animated to give context to the action. We're experimenting with a lot of toon shading for Party of Sin. 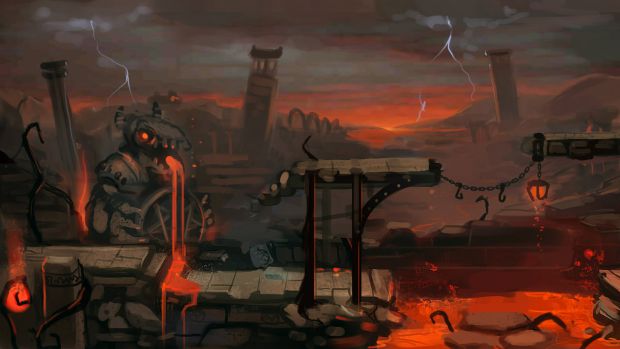 ModDB: Eternal Silence was an online multiplayer mod. How has it been working on a single player game?

Dan: Single player is actually a lot more work. With multiplayer titles, it's easy to throw in a few levels and have players run around and have fun with their friends. When building a single player or coop title, everything has to be planned out. There has to be a progression for the characters and the puzzles and battles have to stay entertaining throughout the game. It's a lot more to think about. We need to build AI now to handle the enemies. We can't rely on other players creating the action.

Vince: We want our AI to be smarter than traditional run and gun platformers and use a smaller number of tough enemies rather than hordes of dumb ones. AI will throw grenades, bring up their shield and rush the player when they see an opportunity to. We're working on this sort of behavior right now.

ModDB: What made you guys switch from a PC game/mod developer over to the XBLA platform?

Dan: After my previous mod, Eternal Silence, which I developed for something like five years, I was looking for a change of pace. I wanted to work on something a little more light-hearted and simple. I started brainstorming with Dan Williams, one of our artists on the team, and the result was the design for Party of Sin. The platform is really a consequence of the design. I felt from the beginning this had to be developed on a console, because it's a party game. I imagine four friends on a couch having a blast with this game, so the PC didn't really fit. The XNA framework was available to us, and I had experience with it from previous projects, so we jumped at the opportunity. It's a really nice change of pace from the mod scene, and because we're working on a custom engine, I had a chance to learn a lot of low-level programming I was rarely exposed to before. With that comes a great deal of freedom.

ModDB: Is the development process any different then how it was for you guys when you made Eternal Silence for Source?

Dan: It's very similar in some ways, but we had to start from a much lower level. We began with a prototype to test the gameplay. It took us something like a week to make that prototype to completion. I honestly didn't think I could make a game that quickly, but that's what we did. The biggest change is having to write all the low-level code and the tools for our custom engine. It's rare that mods get full control over the engine down to the input, rendering, animation and sound. Being able to design those systems ourselves gives us a lot of flexibility. It's not a black-box anymore.

In terms of leading the team, not much has changed. We're still working with a lot of people all over the world. We're a much smaller team than we were on Eternal Silence. That allows me to make sure everyone is working and we minimize communication errors. 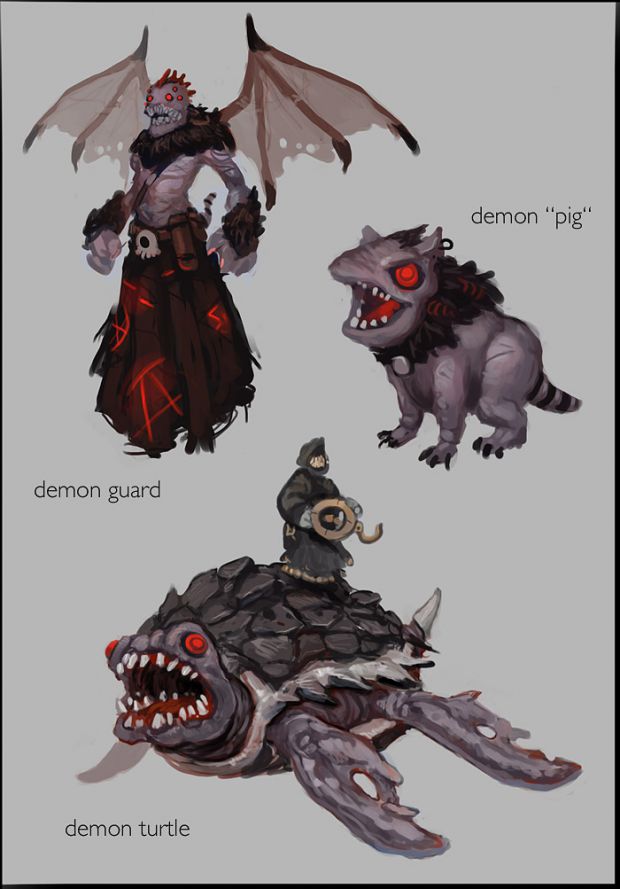 ModDB: What so far has given the Crankshaft team the most hassle?

Dan: Animations. The XNA framework comes with an importers for X files and FBX files. Both of these support animations, but they're both terrible file formats. We haven't found one that works entirely as expected. The X files work great until you have two textures on a character, then they explode. FBX files work fine, but for some reason double the number of keyframes and sometimes don't animate correctly.

Getting our animations from Max or Maya into the game has been a huge headache. I think I'll have to start writing a new format to export those, because we're wasting a huge chunk of our time just trying to get our content into the game. I think I might just bite the bullet and write an SMD importer for our engine, which is the file format that Source uses. We'll see how that goes.

Vince: I think that balancing the seven Sins is also a tough cookie. Each power has to be both unique and as interesting as any other sin's so that no sin is viewed as less fun to play. The powers also have to be useful for puzzle solving and combat.

ModDB: Developing a title for the 360 with its limited control input ie the controller I would imagine has restricted what can or cannot be done input wise, has the restriction forced you guys to be more creative in the process?

Dan: For somebody used to writing PC games, I don't find the controller to be restrictive at all. There are so many buttons on Xbox controllers that if you run out, something has gone terribly wrong.

Having a six-axis controller to play with is awesome too. We're not used to having so many analog inputs. The one drawback is aiming with a joystick is harder than with a mouse. We're working on smoothing that out so it's not as difficult. Overall, input has been the least of our worries. 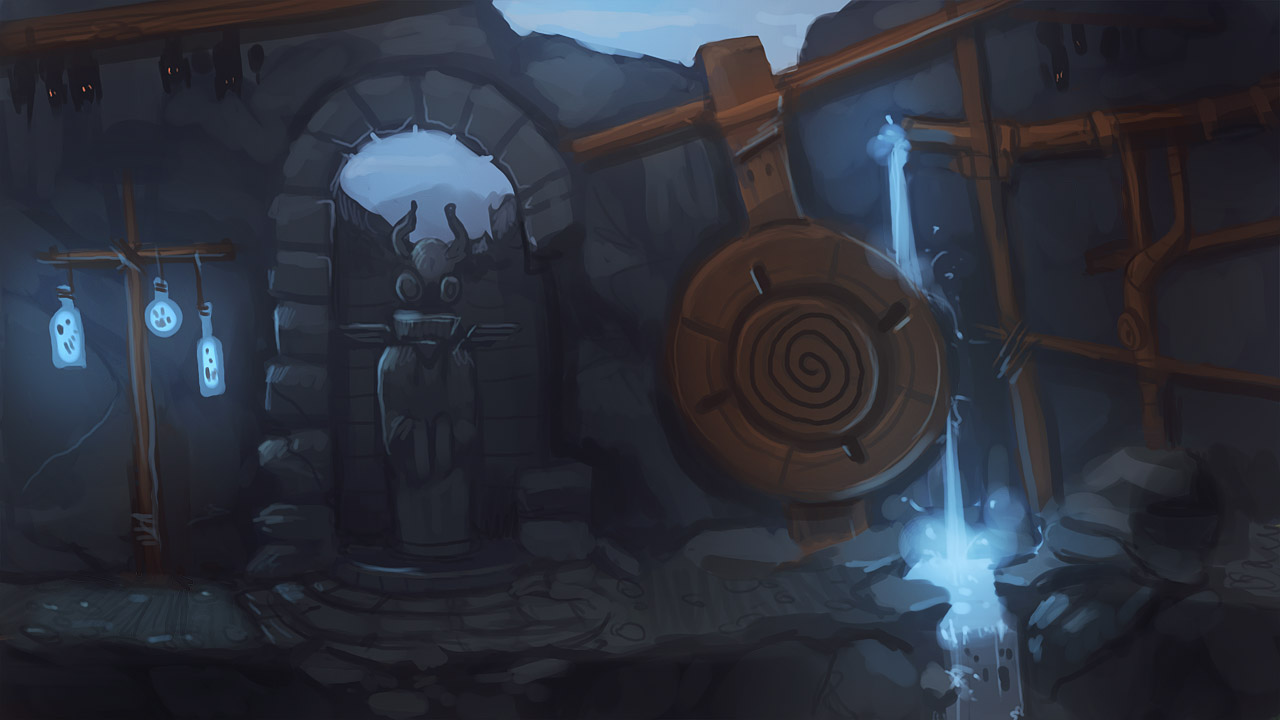 ModDB: With a platform like XLBA what is the process like going from the concept phase to development, is there an outside influence pointing you in the right direction or is it more of an open platform where anything goes?

Dan: At this point, we're working toward a release on Xbox Live Indie Games (XBLIG). To get on Xbox Live Arcade we'd have to find a good publisher to pay the upfront costs (which I hear can be quite steep). XBLA games get a lot more attention, so we would love to get on there.

We're trying to work to a level of quality which will allow us reach that goal. However, having the freedom of working without a publisher is great. We set our own goals and we can spend as much time as needed to make sure the game turns out good.

ModDB: For all of those modders who are looking to step into the indie market would you suggest the XBLIG as a stepping stone?

Dan: Certainly. I think the Xbox Live Indie Channel is a great stepping stone from the mod scene. Microsoft has opened the door to a lot of hobby developers with XBLIG. Just about anybody can download the XNA framework for free and begin working on a game. Once it's done, $100 will get you on the Indie Games channel where you can sell your game for $1 to $10. No other console manufacturer has opened their platform like this yet. I think it's great. The barrier to entry is much lower now, and I encourage modders to start getting creative with this space.

haha, I love that turtles face so much!

Great review, for a great looking game that I am looking forward to play. Kudos!

(and also a good reminder to everyone to play Eternal Silence! The mod needs more players, and I need more enemy targets to shoot at!)