Post feature RSS History of Moonfall: Origin of the Empire and Lunarium

Let's take a quick Moonfall's history lesson in order to learn, what is the mysterious Lunarium and what has in common with the Empire.

Posted by fishcowstudio on Feb 2nd, 2017

The known part of the world of Tera Nihill was inhabitated by several empires that have existed in perfect symbiosis for centuries. Some of them were larger than others, some were smaller, some were more developed and some were developing more slowly. Despite these differencies, peace and stability have been maintained in those empires by efforts and wisdom of their kings.

One of those smaller ones was an empire situated in the east side of the continent. Even since the very beginning, during which the whole land was covered only in separated settlements, strong and valiant leaders headed its people. The very first one named Adelmund united all the tribes and developed a writing system. His son, whose name was Ansgar, continued in his footsteps and initiated compulsory education, while the third king in a row named Kalle, the son of Ansgar, entacted the first basic human rights. 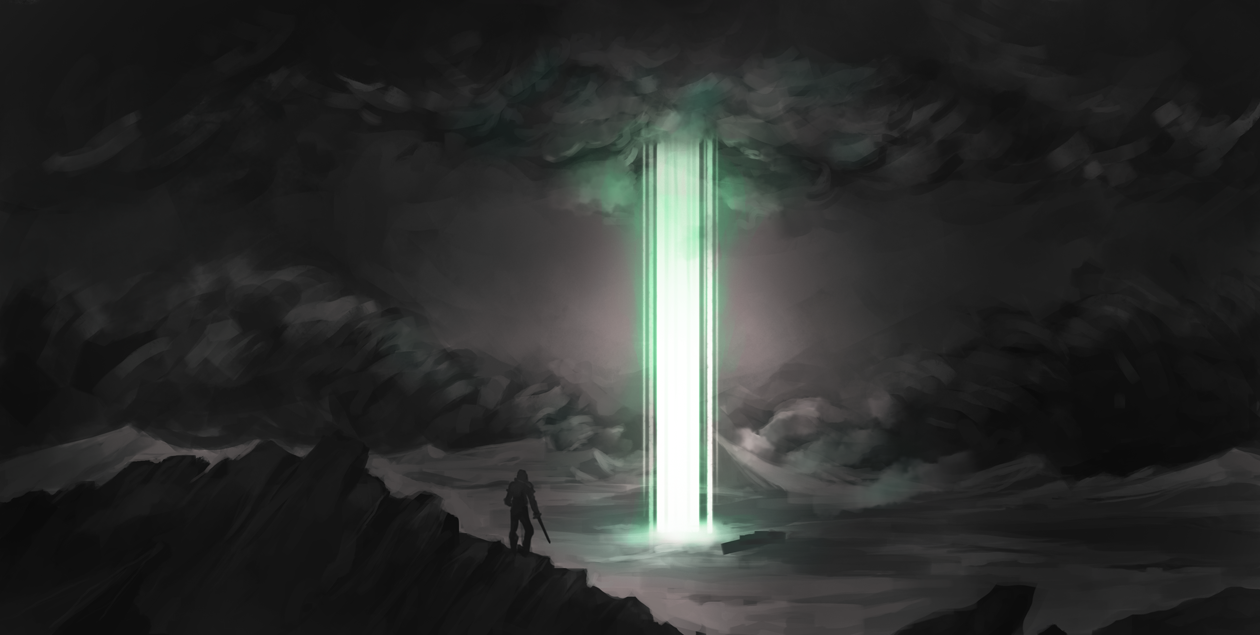 The empire had many kings, in one case even now yet a legendary queen Ruperta, whose power about as ten bulls was a background for many legends known till these days. The land was a witness to a lot of destinies and heroic deeds, but as for now, let us move straight to the penultimate king, whose name was Lorand III., also known as Lorand III. the Great, the son of Delbert IV., whose decision brought the empire to the long awaited times of great advancement.

The sovereign Lorand III. had his wife Deloise which gave birth to two sons, Ellard and Thelonius. Both were looking to him with respect and humility. Lorand III. ruled righteously and benignantly and that is why he was so popular and enjoyed by the people and the royal court. Despite the fact that he loved his land, he could no longer look at the misery of the least developed parts of the empire and the very slow development of the most prosperous ones, therefore he had summoned the greatest wise men, mostly alchemists, who after many years of experimentation and research invented an element capable to make life in the empire easier and help the land to the advanced development. They named it Lunarium. 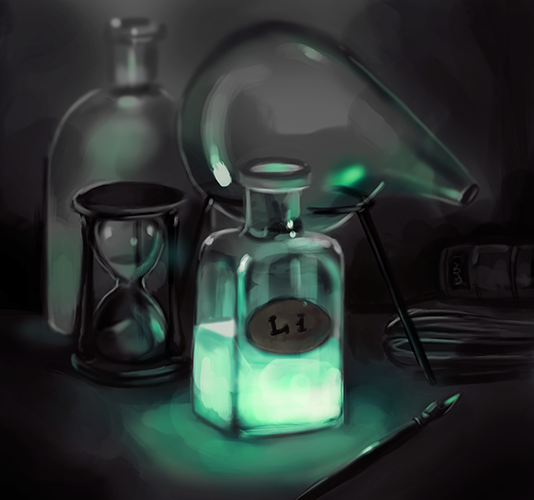 A flask of Lunarium

Lunarium is a mixture of synthetic oils and natural ingredients enriched with radioactive rays collected from Moon’s radiation through huge towers called Lunarium Gath. This element brought the empire an unlimited source of light and heat and thanks to Lunarium it was quickly able to bring feeble industry and the market back to life. Lunarium was manufactured in special factories mainly by volunteers and prisoners and delivered to the whole empire through a complicated network of infinitely long pipes and pools. The empire was experiencing its best period at that time.

One day, the royal family was hit by a tragedy. To these days still an uknown offender took advantage of the situation, that Lorand III. was participating in a traditional hunt, overcame the high walls of the castle and murdered the queen Deloise. This unfortunate event has hit hard the entire land and the royal court, but especially Thelonius, who loved his mother more than anything. 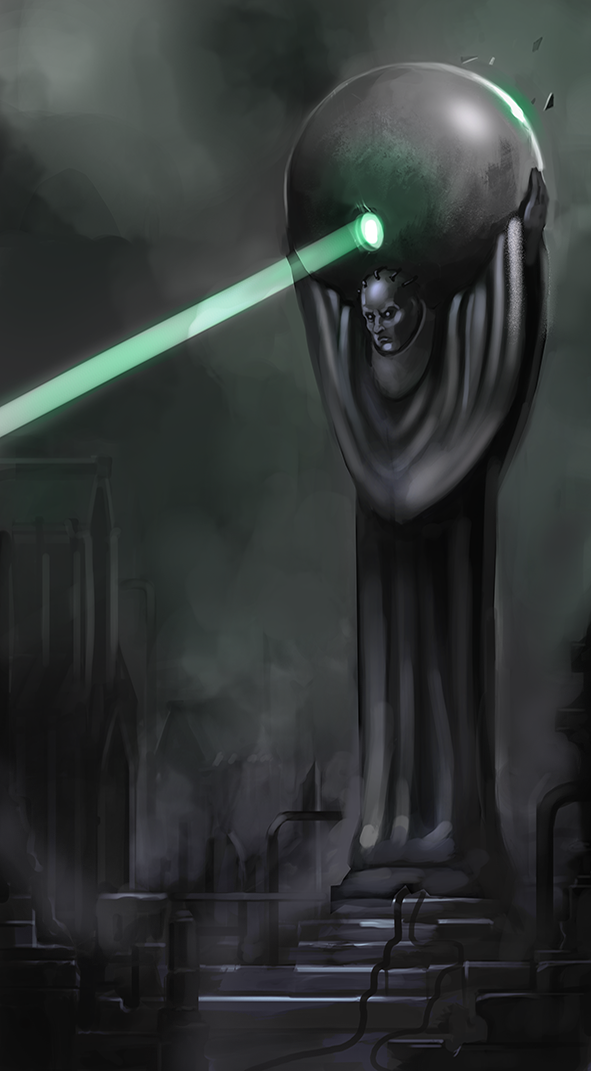 Not so long after the murder of Deloise, the empire was hit by another terrible fate. Ellard, the son of Lorand III. the Great, was found dead on a path leading to the neighboring empire. He was travelling with a couple of ambassadors there in order to present the might of Lunarium and offer it as an opportunity for further development. His death is still being shrouded by mystery, since even though the official results of the investigation says about an unfortunate incident, several clues found on the scene indicates that it was an another murder related to the royal family.

Those times were too crucible for Lorand III. to handle and due to them he fell ill. His illness was so serious that he could no longer continue as a ruler of his land and so knighted Thelonius as a new king. Thelonius continued in the father’s footsteps and was advancing in development of the empire. Beside that, he also used Lunarium in order to make the army stronger and also developed special military units, so called Lumancers, but that all was against the will of his father, the former king. Thelonius has defended his decision aiming on the protection of the empire and the magical element from a potential invasion of armies of the other empires which could plan an attack in order to gain Lunarium by violence and terror.

On January 21, 1298 Lorand III. Great died and soon after that Thelonius was appointed as a supreme commander of the military units. The Empire has began to write its new chapter. 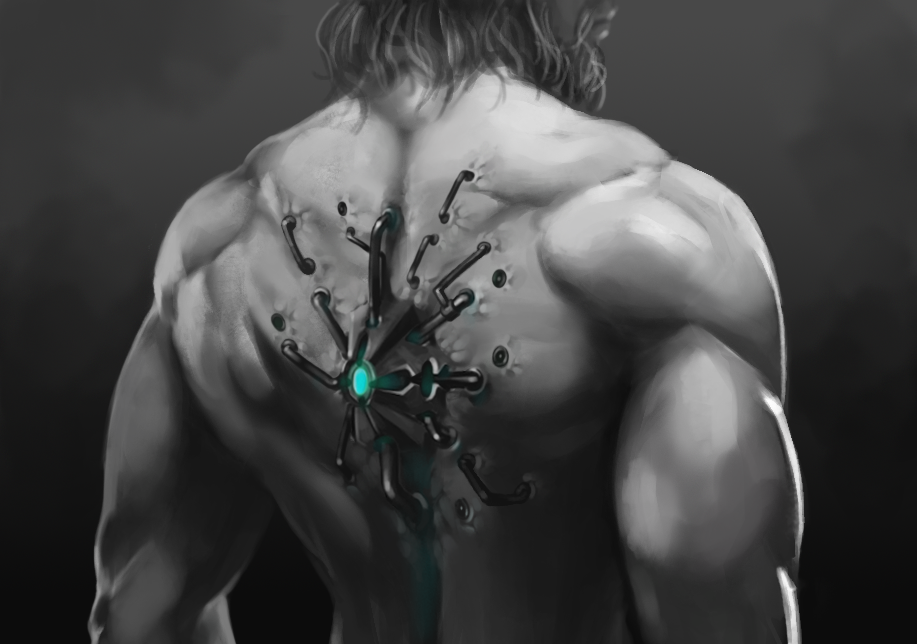 A Lunomancer with a strange device on his back