Game features of Age of Mythology, a spinoff from the Age of Empires series.

An Old Friend With New Gameplay

Age of Mythology preserves the familiar elements popular in previous Age of Empires games. Wonders, civilization bonuses, technology trees, resource gathering, empire building, and large armies clashing on fields of battle are all at the heart of the game. At the same time, a number of entirely new gameplay features are introduced, making for a fresh, original experience: 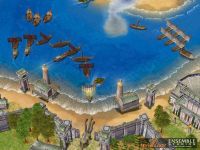 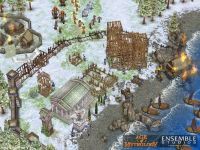 A Game For Everyone

Age of Mythology features an entertaining tutorial, an intuitive interface, and logical game rules that combine to allow anyone to quickly and easily learn to play. Once started, there is a lot to explore: an epic 36 scenario singleplayer campaign, easy-to-use multiplayer gaming online, singleplayer games against the challenging Age of Mythology AI opponents, more than 15 different random map types that help make the game infinitely replayable, nine highly differentiated civilizations, multiple difficulty levels to allow players of any skill level to have an enjoyable game, and, of course, a fully functional scenario editor. Age of Mythology offers something for everyone: a fun game for any playing style or skill level. 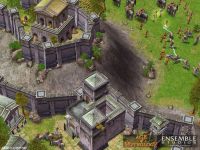 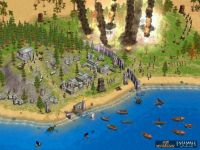 Age of Mythology features a 36 scenario singleplayer campaign designed by the same team that received the 2000 Academy of Interactive Arts and Sciences award for story and character development. The campaign allows players to take part in an epic mythological tale, inspired by a number of popular myths. The player will guide his forces everywhere ranging from the siege at Troy, to the pyramids in Egypt, to the snow covered mountains in the North, to the mythological underworld. As progress is made through the singleplayer campaign, parts of the story are presented using in-game cinematic interludes, featuring the actual units being played with (and the environments played in) to tell the tale. 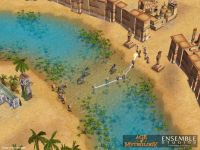 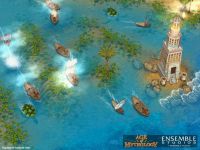 Age of Mythology's revolutionary 3D engine provides the game with gorgeous environments featuring lifelike rolling terrain, beautiful waves and water, realistic sunlight, and lush forests. The units roaming these environments are incredibly detailed, move naturally over the terrain, and come to life through hundreds of fluid animations. Amazing special effects change the look of this beautiful world when the gods get involved: all grows dark as an eclipse takes effect, funnel clouds twist and grow as a tornado sends buildings spinning toward the heavens, and meteors streak in from the heavens to send people and armies at the point of impact flying. 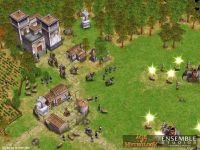 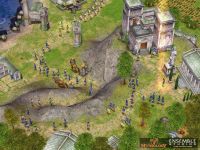 These are AoM game features. :-) A simple short review can be found here.