The Forsaken are a new tech faction that will appear in Twisted Insurrection. Capturing their structures will allow you to train and build their units.

Today we take a closer look at a new faction that has recently emerged - calling themselves the Forsaken, they are a small but highly aggressive group composed solely of mutants, humans who somehow survive Tiberium toxemia at the cost of becoming human-Tiberium hybrids.

Recovered footage of a Forsaken outpost, somewhere in the Yucatan Tiberium jungles.

Very little is known for certain about the Forsaken. The faction seems to have been founded and is largely populated by mutants who managed to escape Nod concentration camps, banding together as a natural means to survive. The Brotherhood is known to have rounded up and even artificially "breeding" mutants for their cyborg program, apparently in favor of the mutants' higher tolerance of pain and lower rejection to cybernetic prostheses.

Viewing themselves as a band of outcasts, the Forsaken bow to no-one and use any means necessary to get what they want. They have been raiding GDI- and GloboTech-protected settlements, even decimating armed convoys. This makes it clear the Forsaken are a force to be reckoned with.

To better understand and counter this threat, we will disclosing various Tech Buildings the Forsaken use to carry out their operations. Capturing these structures is advisable as they can be a great asset on the battlefield.

All Forsaken buildings seem to share one common feature: they are all energy-independent – in other words, they don't require power to operate. 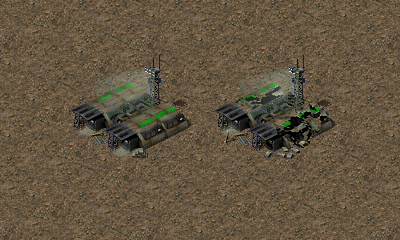 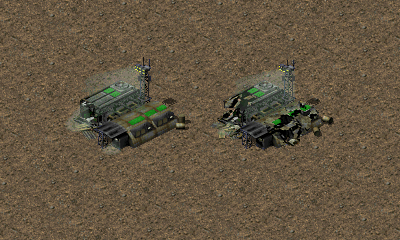 The Forsaken Hovels are former military buildings that were abandoned at the end of the First Tiberium War, and later discovered and refurbished by the Forsaken. Due to their general lack of resources, the Forsaken are forced to make use of everything they can find, and so these barracks come in various shapes and sizes. One half of the hovel acts as the Forsaken's barracks, accommodating and training their militia. The other half acts as bestiary housing malformed lifeforms that they've managed to bend to their will.

Capturing a Forsaken Barracks will allow you to enlist their mercenaries. 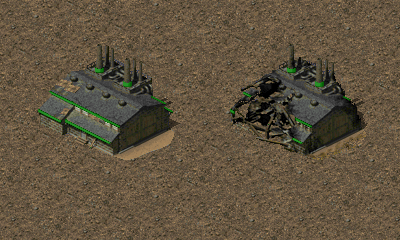 These old factories and warehouses have been recommissioned and retrofitted by the Forsaken to enable production of even their heaviest vehicles. They are surprisingly resilient despite their age.

Capturing a Forsaken Factory will allow production of Forsaken vehicles. 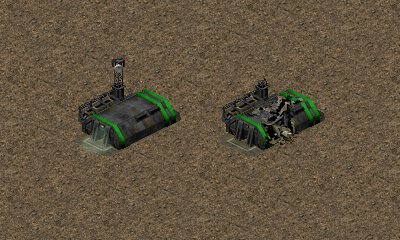 Capturing a Forsaken Command Bunker will allow production of high-tech Forsaken units and calling for a Forsaken Ambush, where a team of mercenaries will arrive and attack the chosen target from underground. 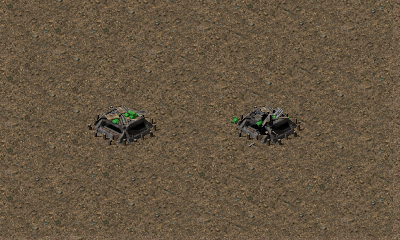 One of the most common Forsaken structures, these ramshackle bunkers are the primary Forsaken defensive structure. They can take a quite bit of pounding before going down.

Some Sentry Nests have been spotted with an anti-armor cannon installed on top. Caution is advised when approaching these defenses.

The Forsaken are also commonly seen utilising defences from the last war.

Globotec, tiberium Dawn and now forsaken units and tec. You spoil us.

Will the Forsaken be a new playable faction with campaign in the future? Or will they remain as a neutral party on maps to capture the structures of?
Because I'd love a Forsaken campaign.

They have a campaign in the works, but they will not be playable in multiplayer (least not in the foreseeable future).

I'd imagine the sentry nest isn't meant to be captured?

Oh but it can be, if you're sneaky enough.