In the year 2062, humanity found itself on the brink of extinction. Tiberium, the mysterious, alien crystalline structure that infested Earth for decades and caused years of relentless conflict between the Global Defense Initiative (GDI) and the Brotherhood of Nod, was close to rendering the planet uninhabitable.

In the year 2062, humanity found itself on the brink of extinction. Tiberium, the mysterious, alien crystalline structure that infested Earth for decades and caused years of relentless conflict between the Global Defense Initiative (GDI) and the Brotherhood of Nod, was close to rendering the planet uninhabitable. In the midst of this crisis, Kane, Nod's prophetic leader, emerged from seclusion to deliver GDI the message that he had developed a system that could control Tiberium and harness its power. But he could not build this "Tiberium Control Network" without GDI's cooperation. Thus, the two opposing factions—GDI and Nod—found themselves in a desperate and unlikely alliance to stop Tiberium from extinguishing mankind. 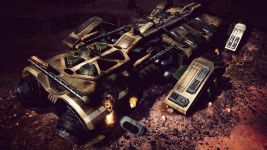 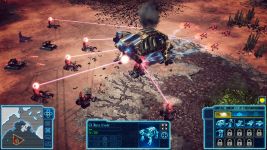 Now, after 15 years, the network is nearly complete. Tiberium is under strict control and our revitalized planet is on the cusp of a new age of prosperity and progress. It is only now that the world's citizens begin to seriously ponder why Kane chose to help, and what he will want in return. These questions and more lead to the dramatic final act of the 15-year Tiberium saga in Command & Conquer 4 Tiberian Twilight.

Kane. GDI. Nod. Tiberium. How will it end? Find out in Command & Conquer 4 Tiberian Twilight, told through gritty live-action cinematics, persistent player progression, and a multitude of innovations to the classic fast and fluid Command & Conquer gameplay. 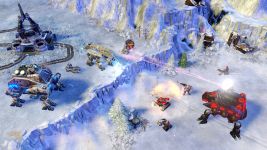 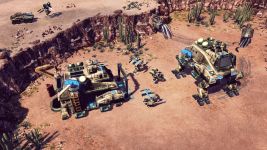 The Epic Conclusion to the Tiberium Saga

Kane returns in the thrilling conclusion to one of gaming’s longest running storylines, told through gritty live-action cinematics. Choose to take on the campaign solo or team up with a friend and play cooperatively!

The more enemy units you destroy, the more experience points you earn to progress your player profile! Level up to unlock new units, powers, and upgrades to make your army more powerful!


Always on the Move

For the first time ever in the C&C series: a massive, mobile, all-in-one base, The Crawler, lets you pack up and move your base with your army for a new layer of strategic depth. Build units as you move across the field, and deploy whenever and wherever you choose!

Choose from three unique classes from both GDI and Nod, each with its own specialized units and powers, for more strategic and combative options that match your play style of choice! Offense, Defense, or Support classes—which will you pick?


Team Up and Take the Battle Online

Join your fellow commanders online and tackle your opponents in the biggest C&C multiplayer to date, featuring 5 vs 5 objective-based battles! Choose your favorite class and take online strategy action to the next level as you conquer objectives while pummeling your enemies. The all-new party system lets you move with your party of friends from one online battle to the next. 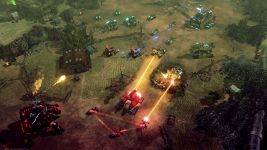 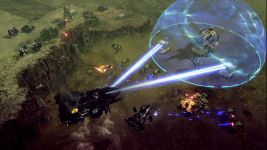 Every thing looks too cartoonish. Thats what I HATED about red alert 3 and now they are ruining the Tiberium Wars series with this horrible style. STICK WITH THE C&C3 STYLE!!!!! It looked way more realistic and better. This will be a HUGE! step backwards for the Command and Conquer games if it continues development and is released like this.

This wasnt supposed to be the massive blowout finale we all wanted, EA forced it into that roll. Since it was originally made as C&C: Arena, they purposly made it cartoon-like with certain affects. they also didnt give it amazing shaders. they focused more on graphics with C&C3.

I can appreciate what you call 'cartoony' as art. How much more 'realism' would you have in a sci-fi game supposedly over the top?

In vain swear, we got a tactical strategy that has the right to exist. Although if it were not so inflated as a super-duper, people probably would have reacted more favorably to it.