Situated in Anatolia and poised for westward expansion, the Seljuks are a cavalry-heavy faction with good missile infantry, but somewhat lacking in dedicated melee troops.

Unique among the Middle Eastern factions, the Seljuks have excellent hybrid missile/melee infantry and cavalry, including the janissaries. However, said hybrid troops are still worse than dedicated melee units in hand-to-hand combat, and the Seljuks will find themselves somewhat lacking in this department.

This roster will show the core roster as well as a few readily-available mercenary units. Apologies for some units having Arabic names; that will be because said unit is shared between multiple Middle Eastern factions. 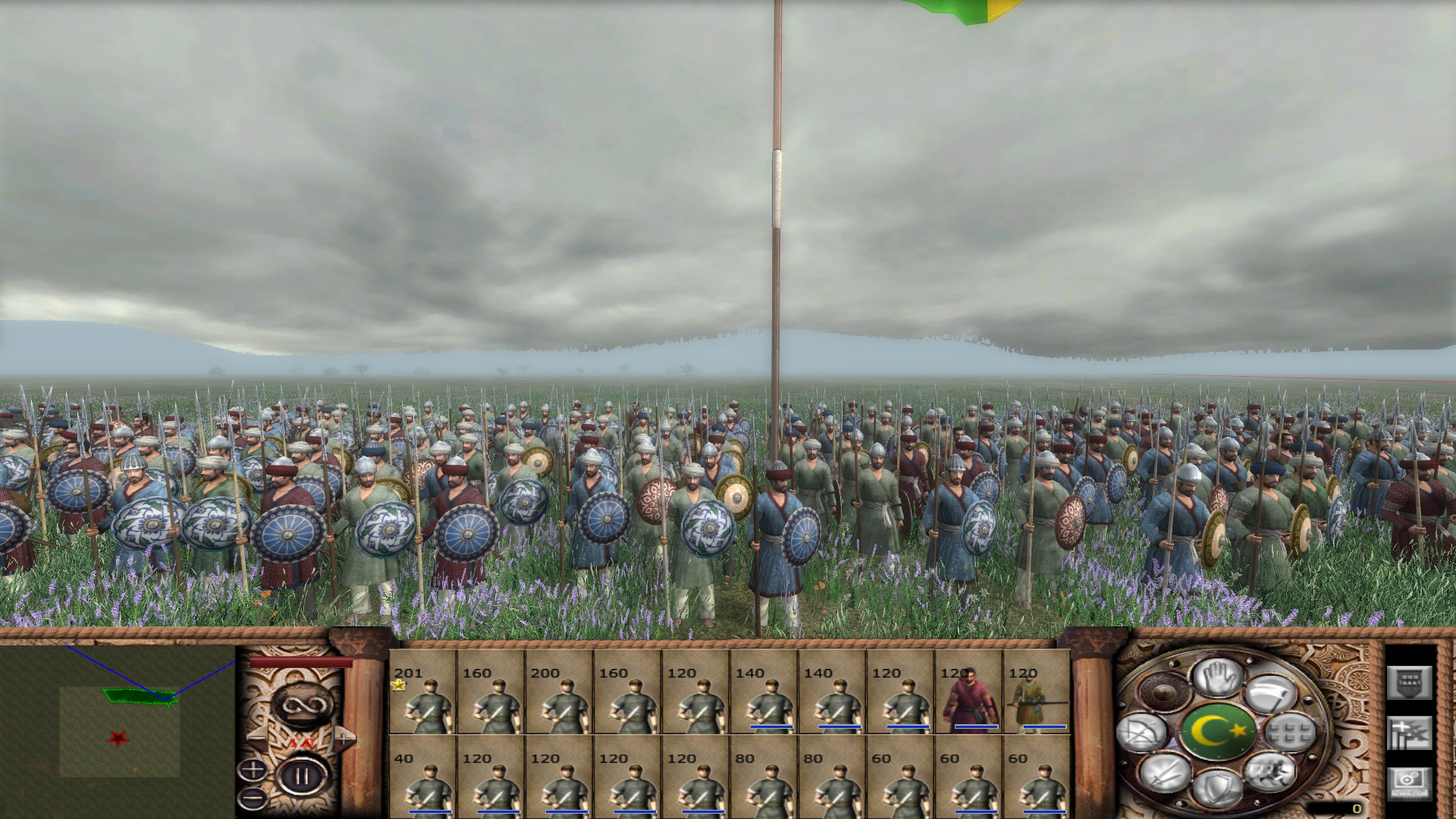 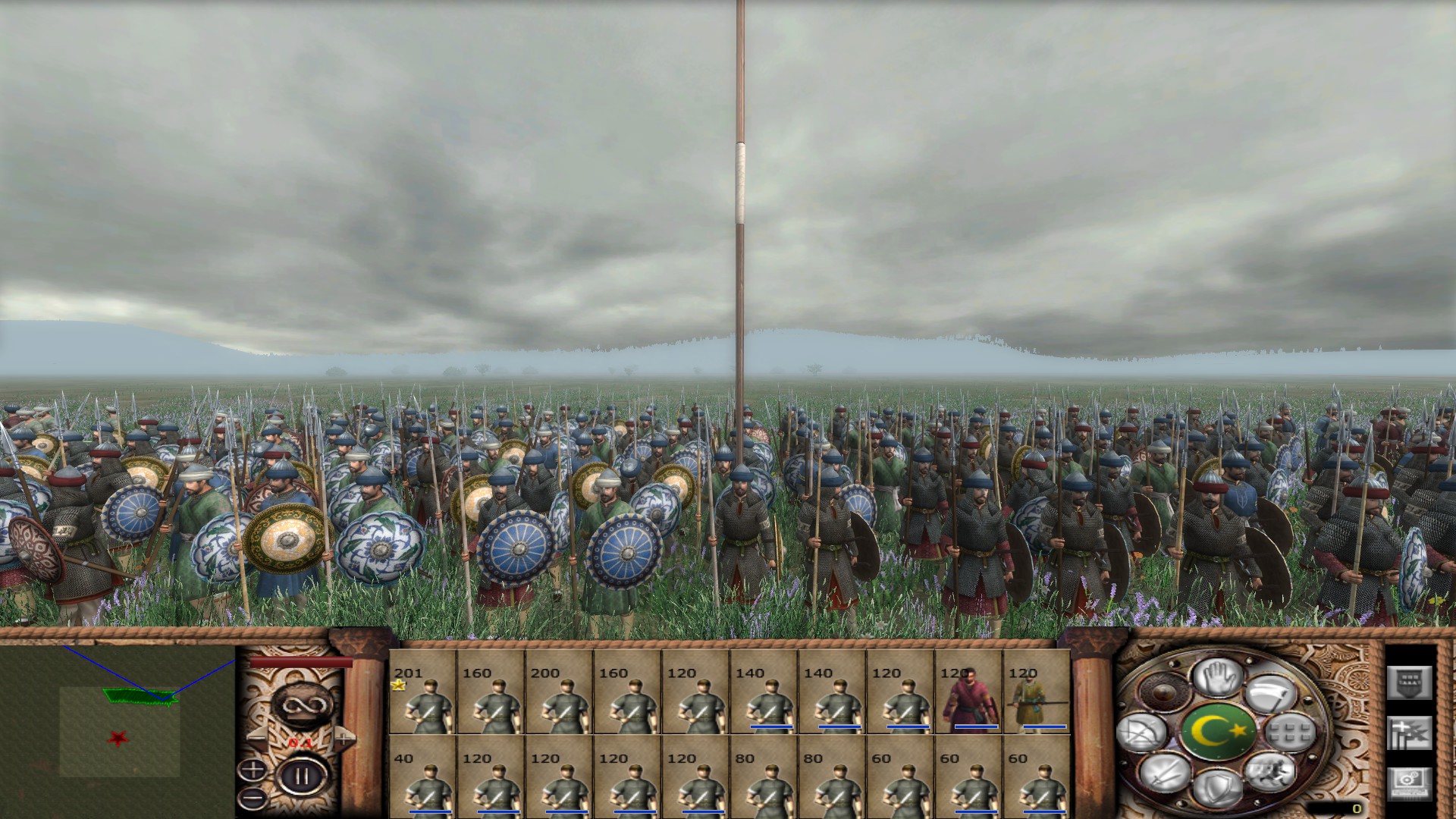 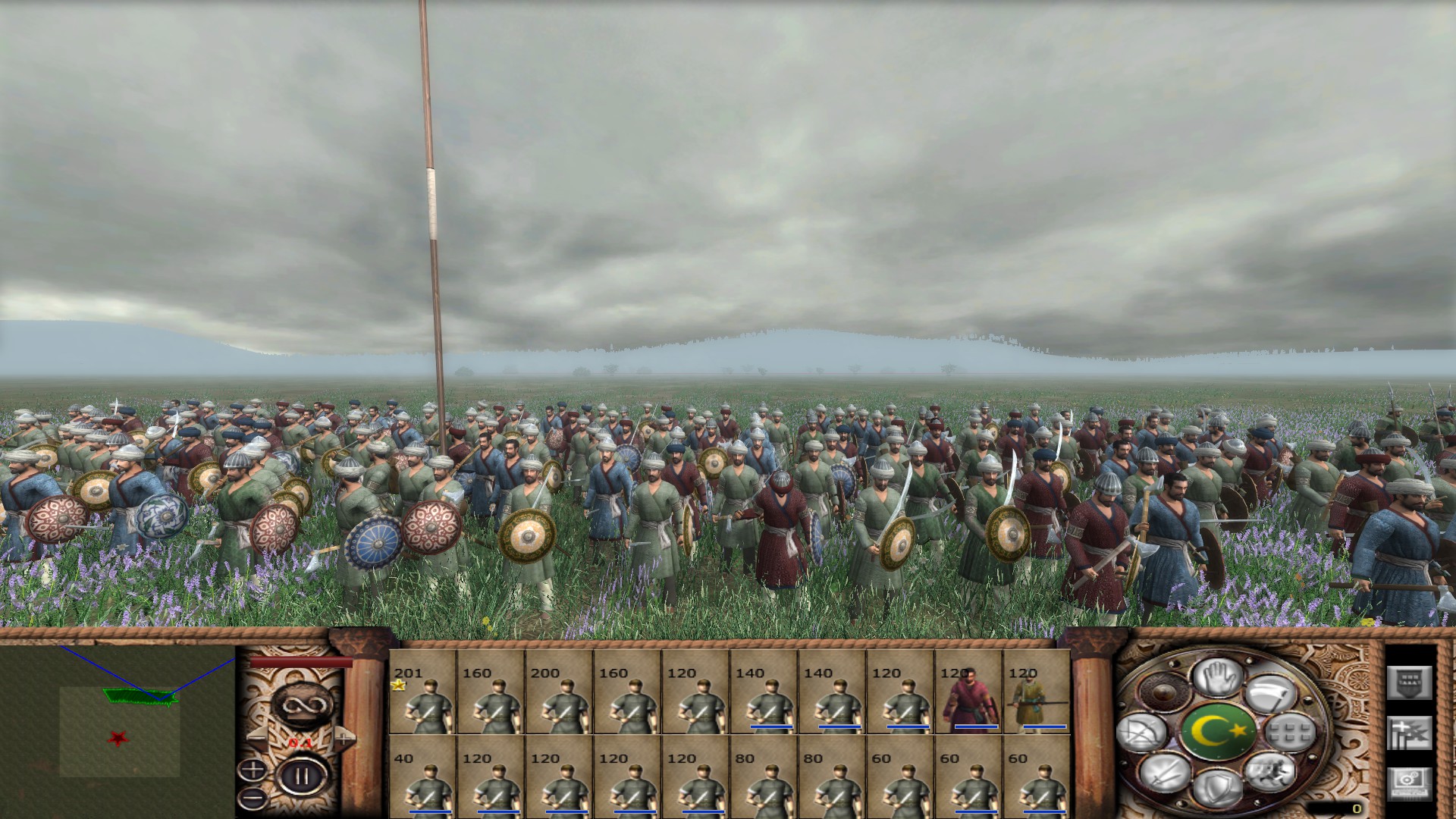 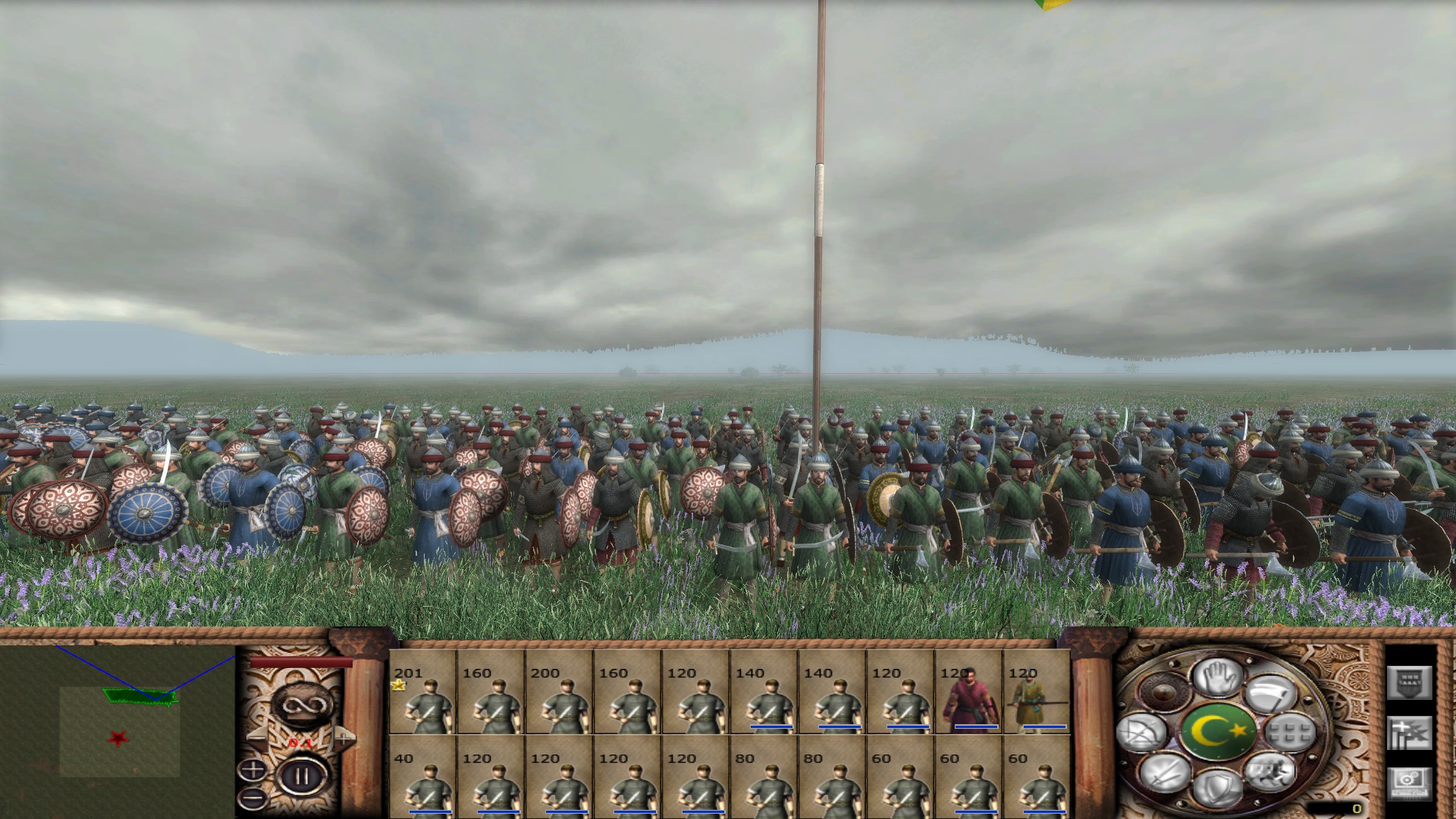 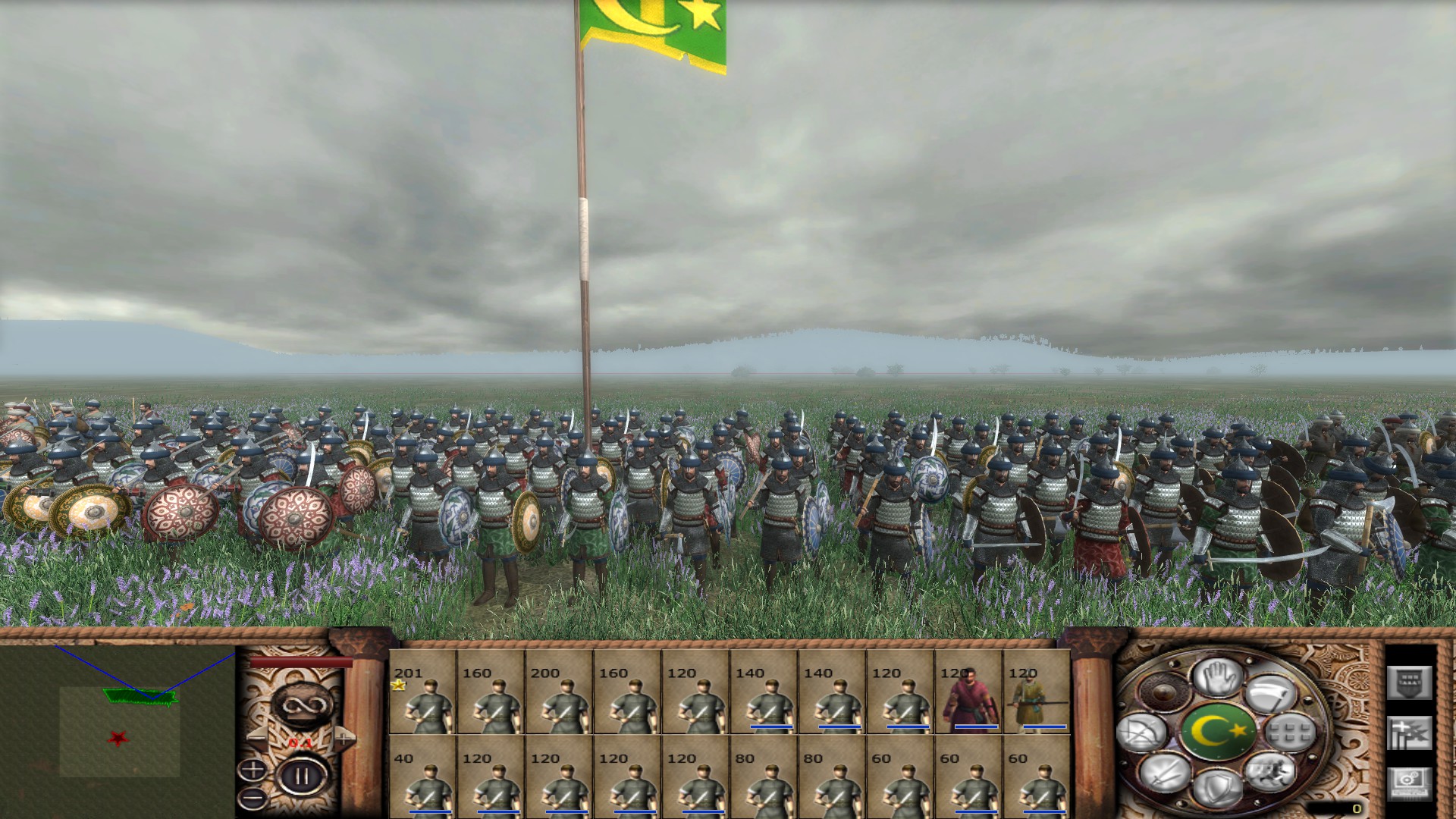 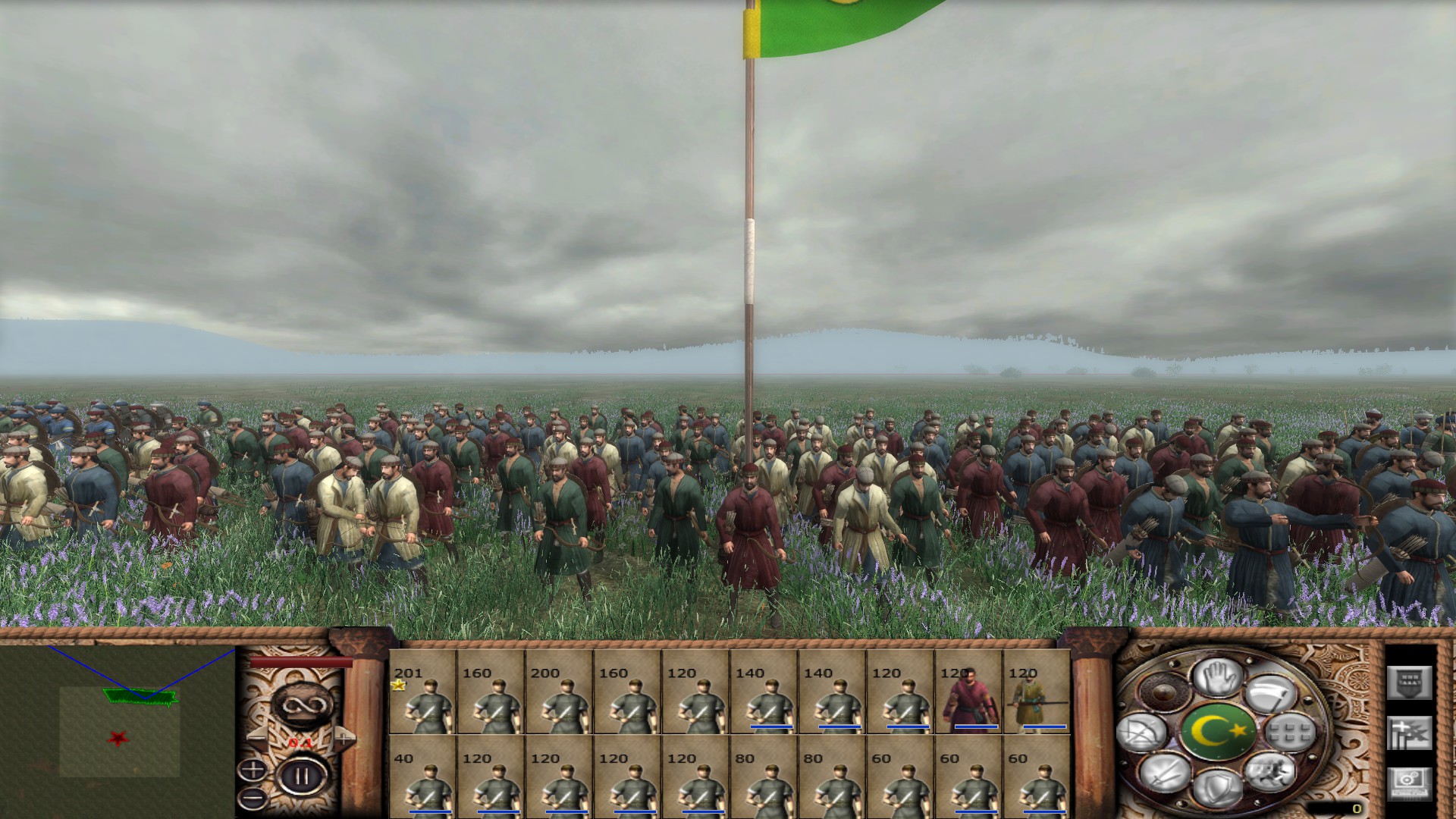 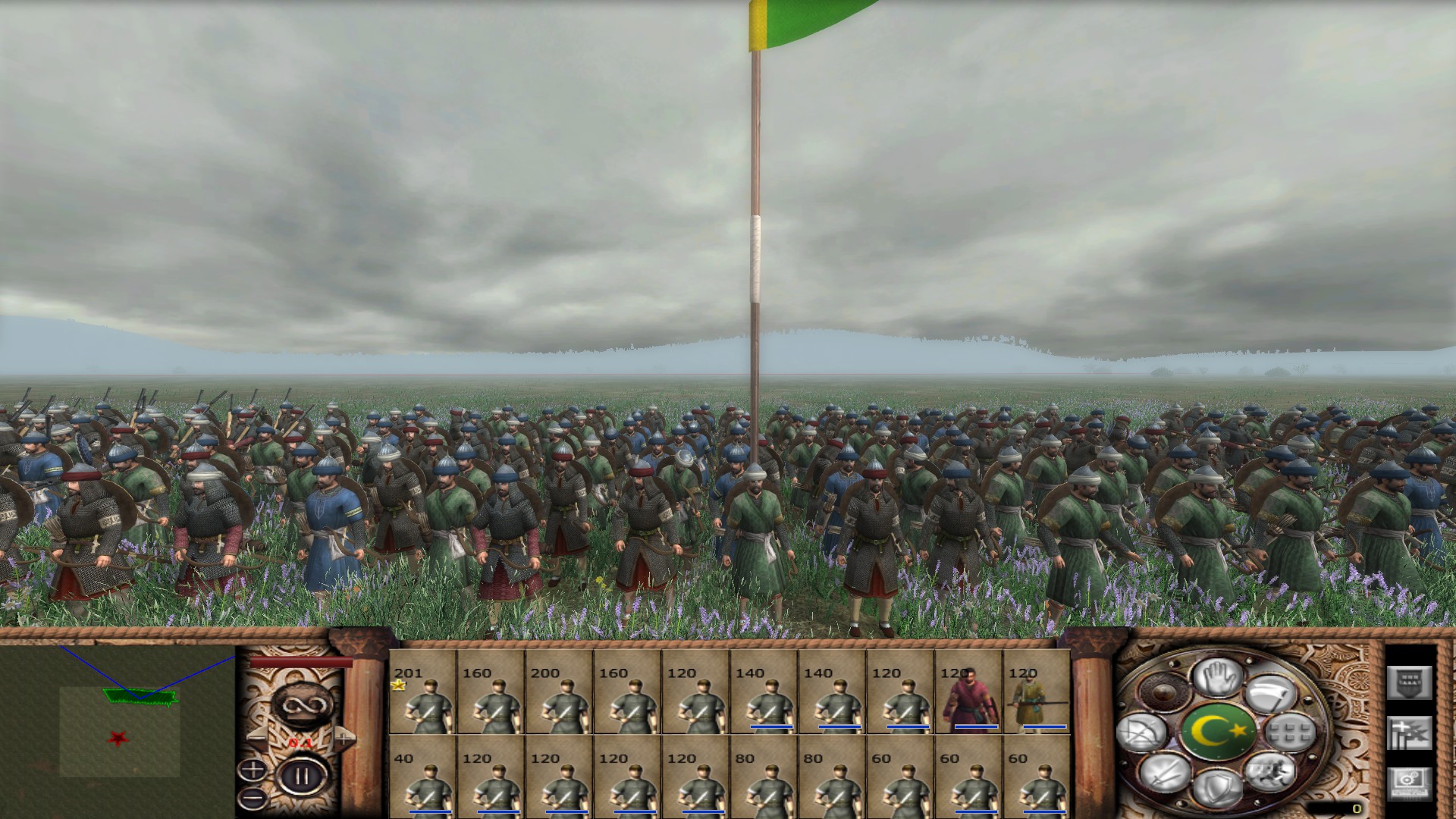 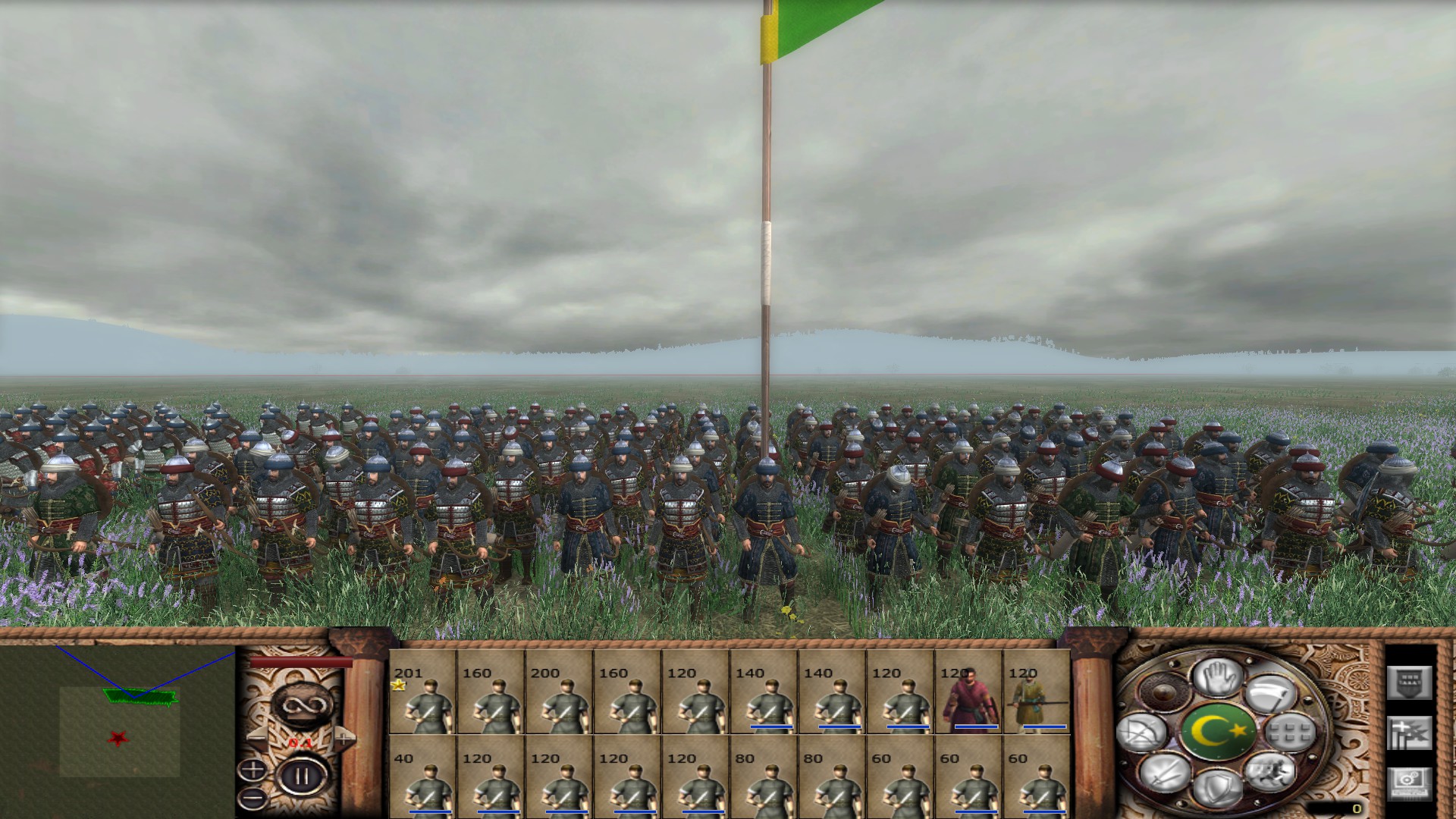 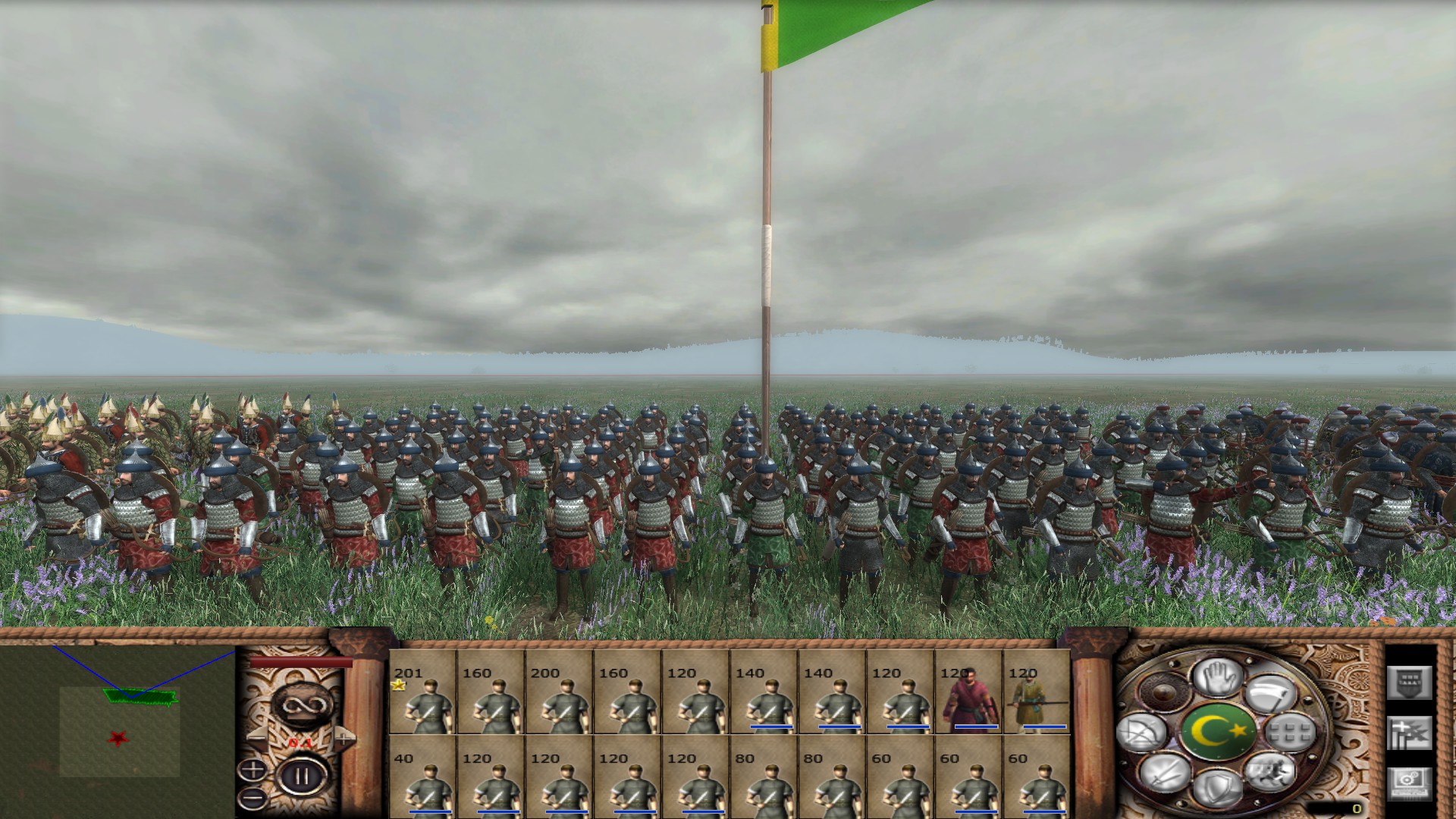 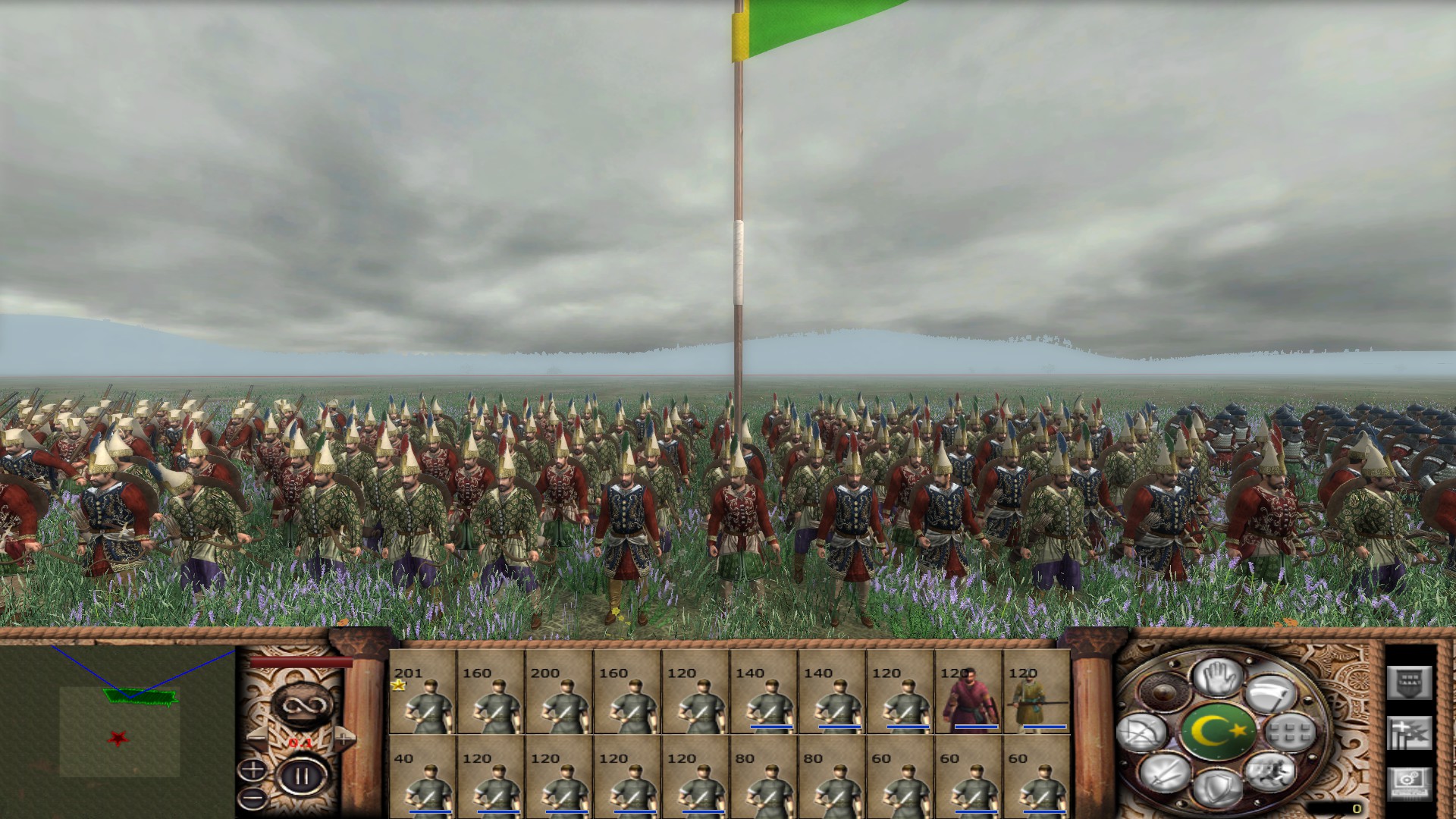 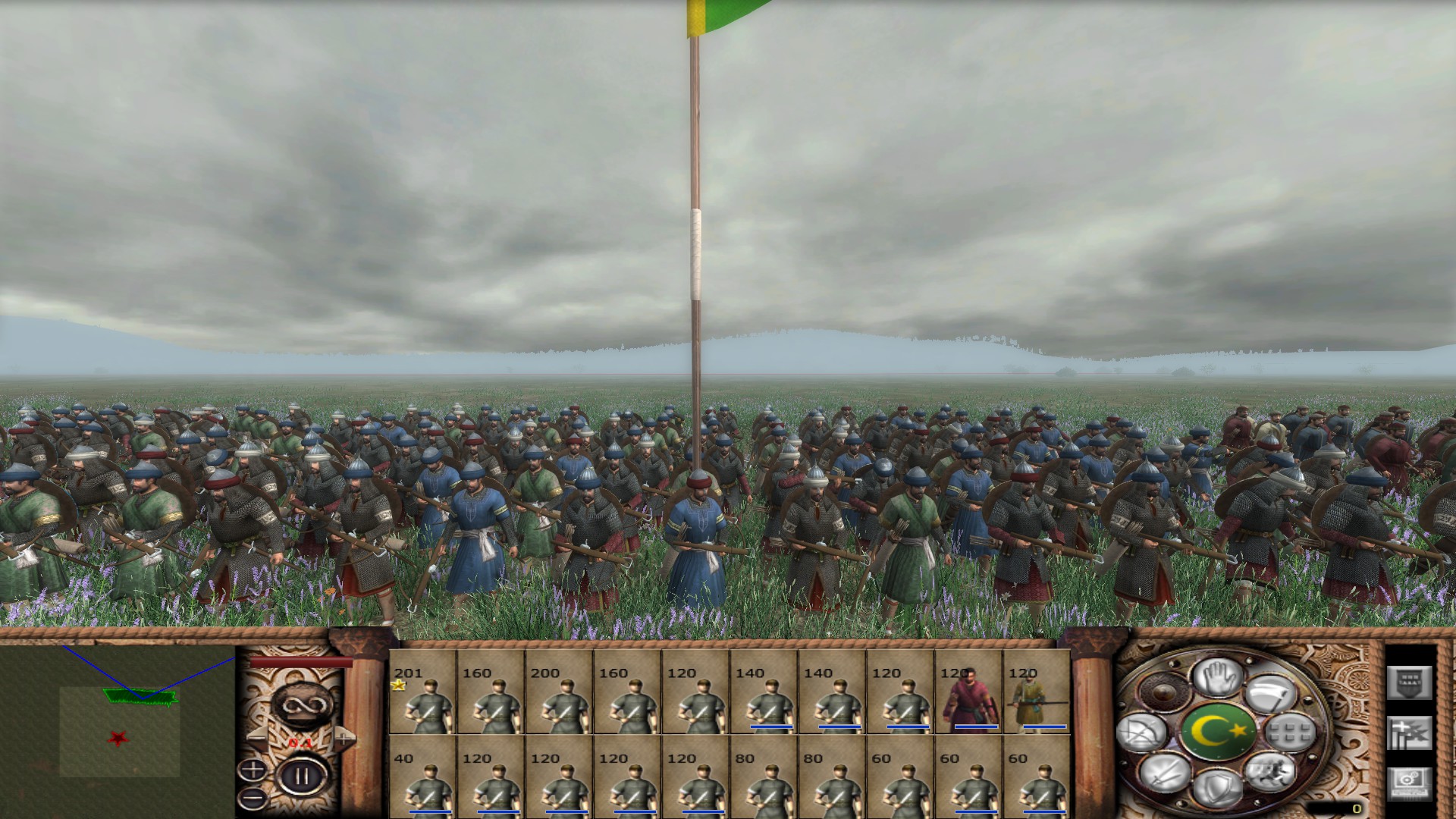 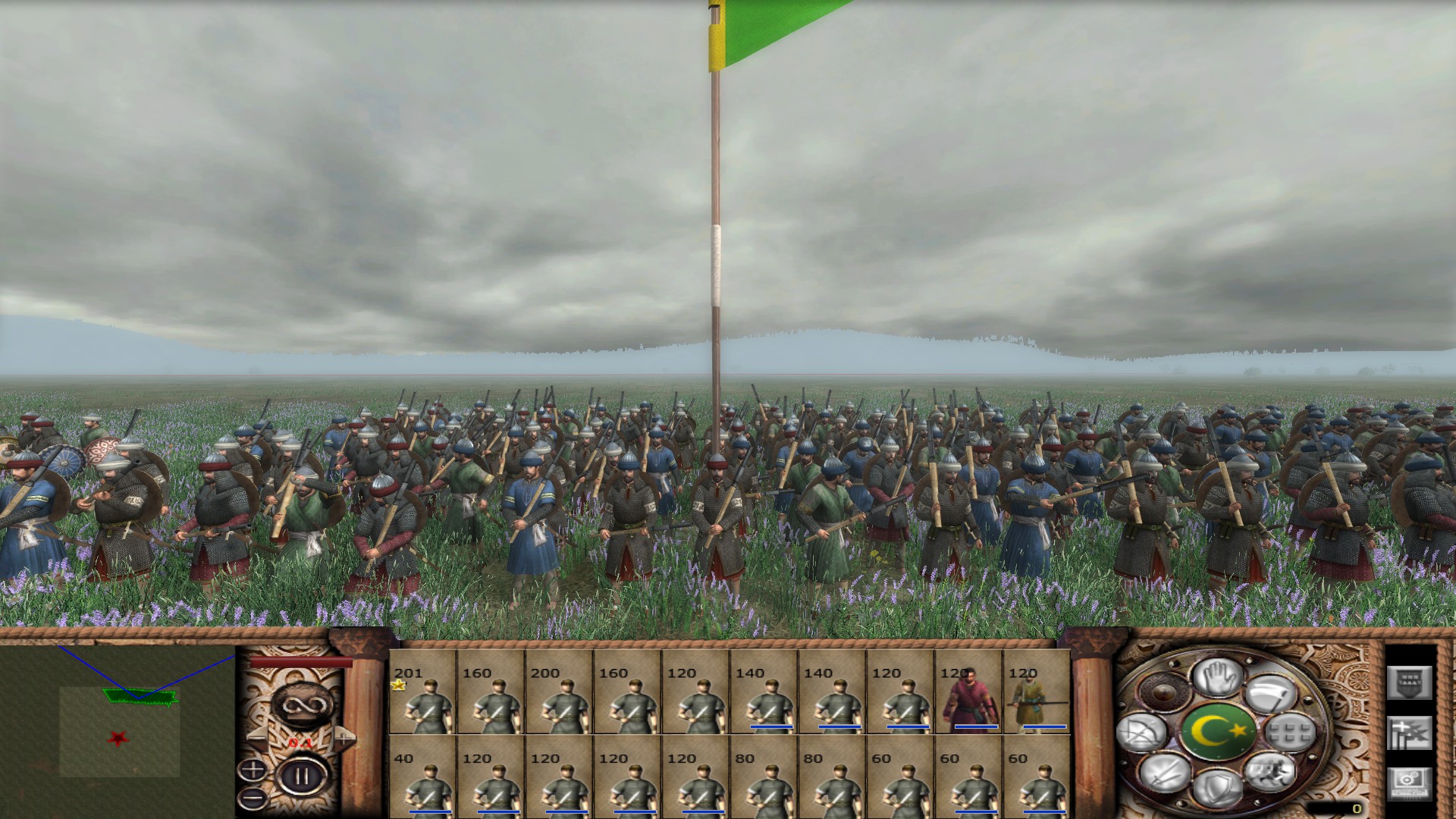 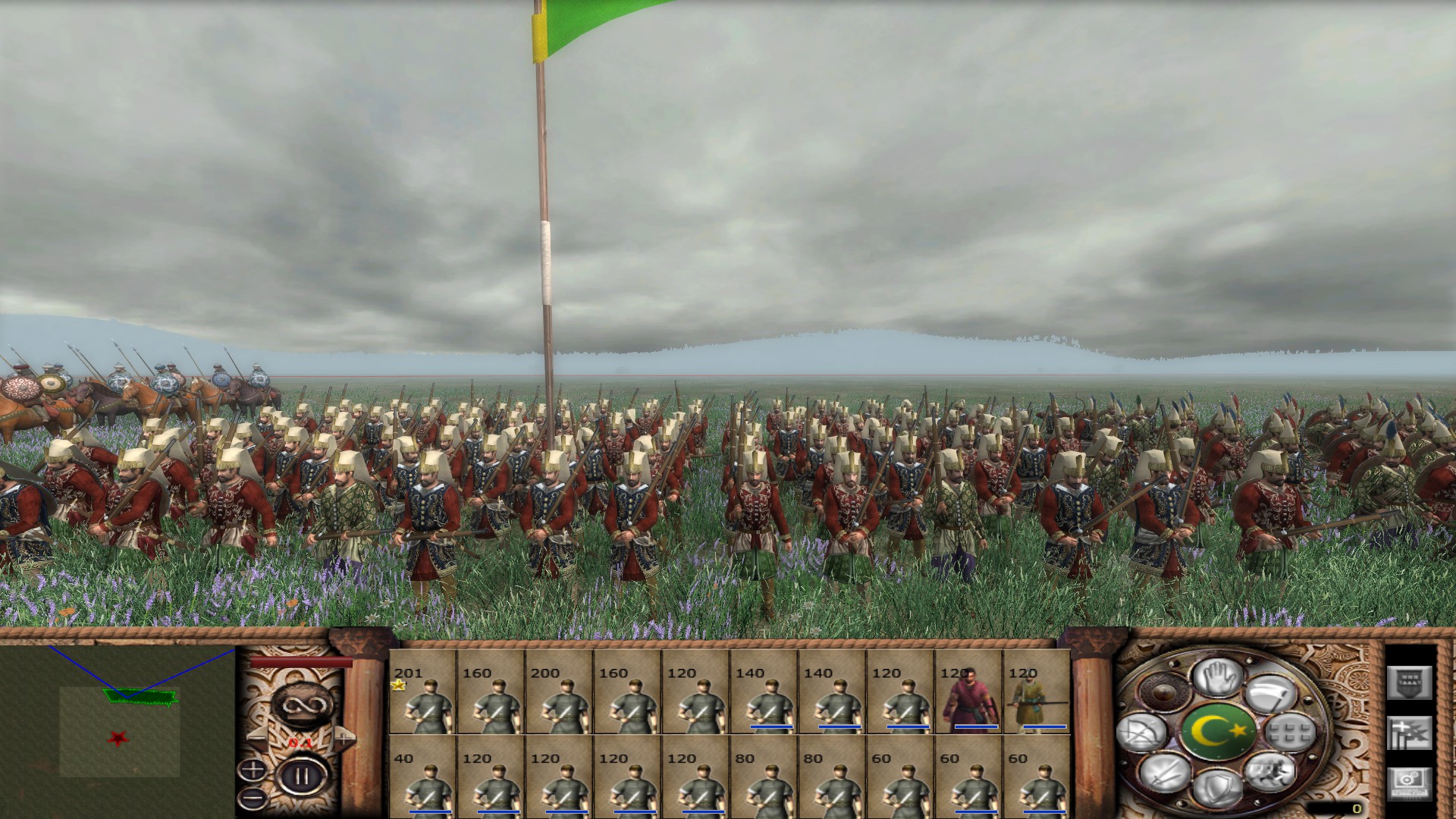 Sa'aliks: This unit has been shown off as an archer unit in the past, but they're javelineers now. 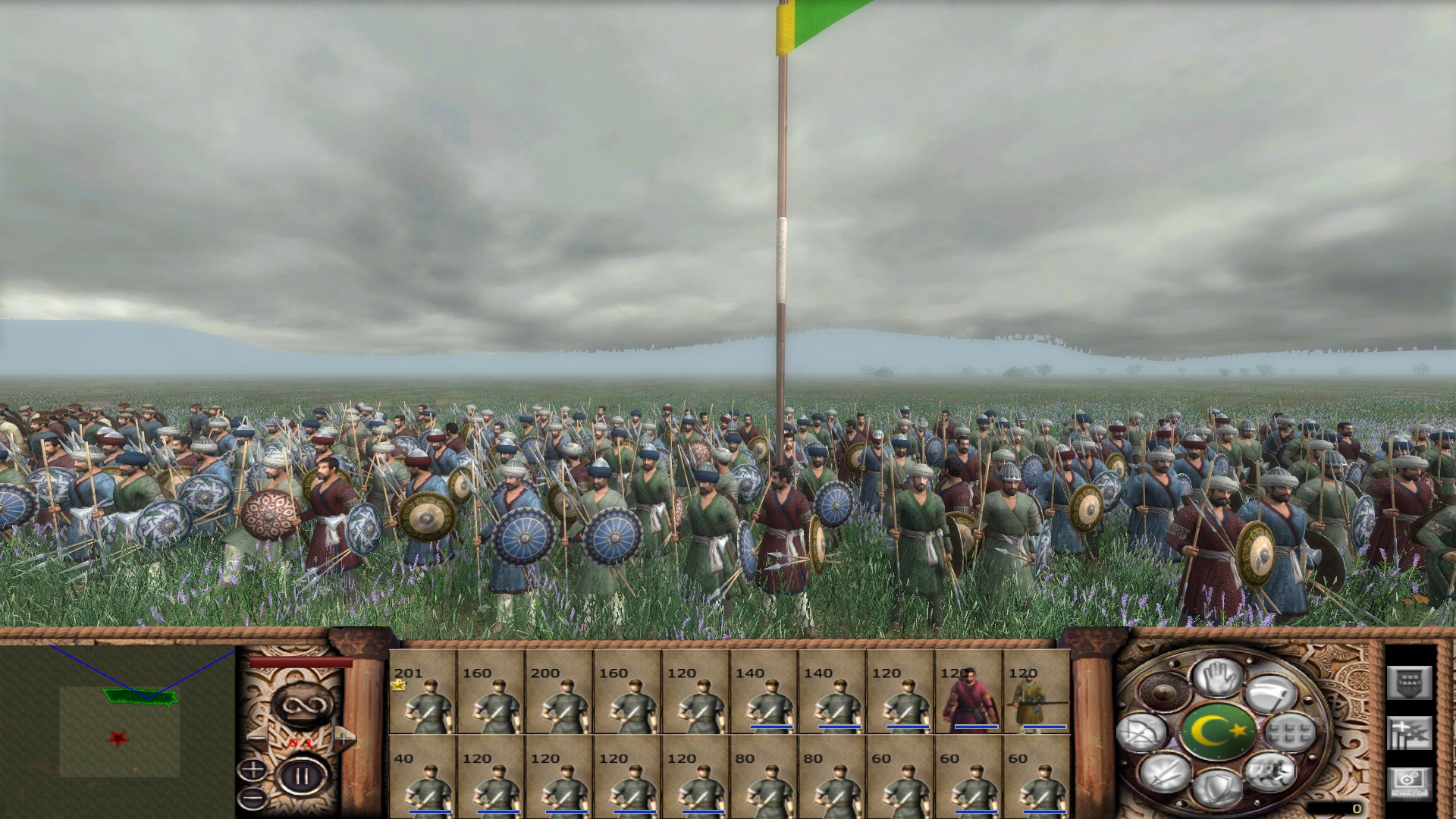 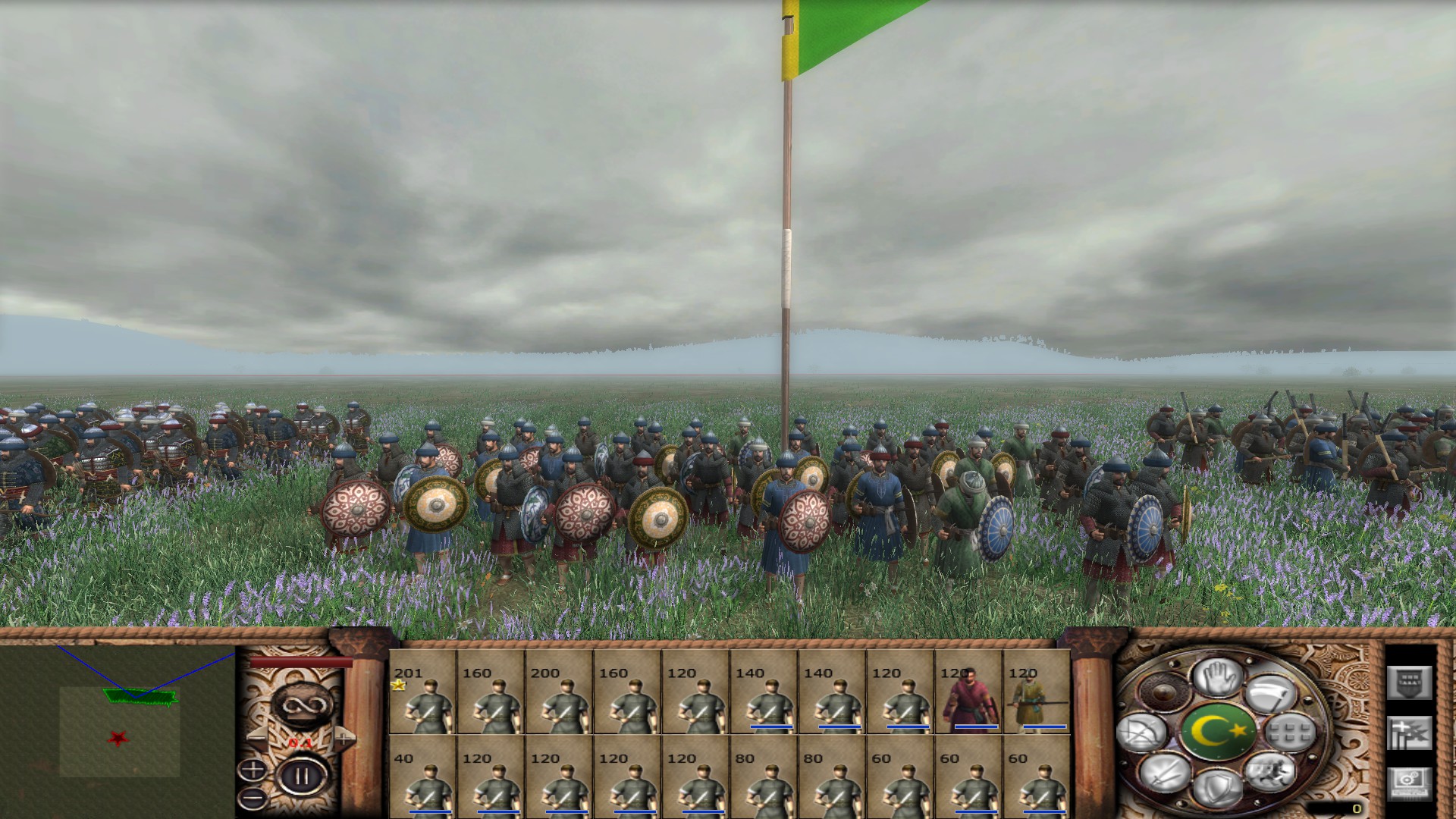 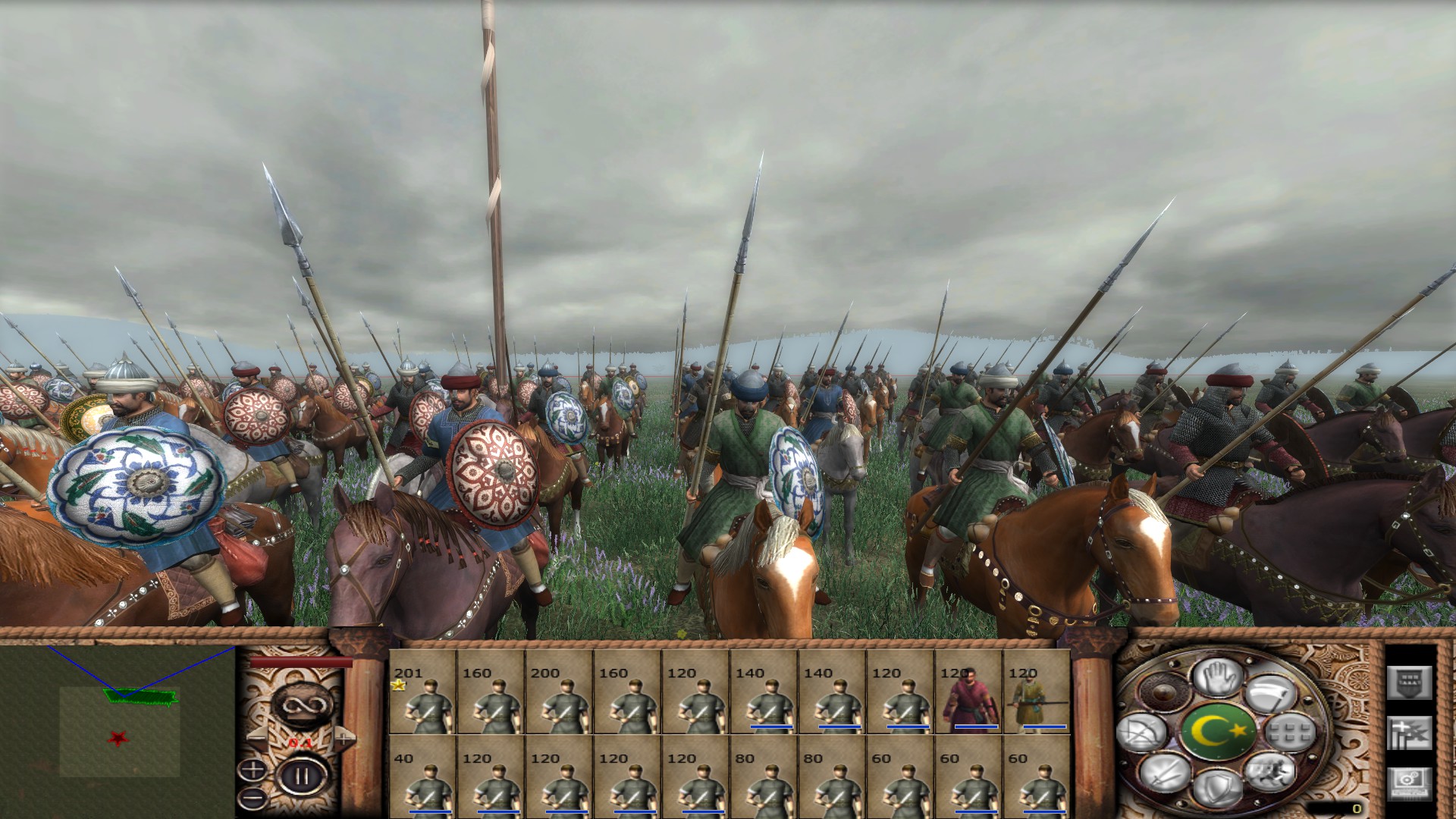 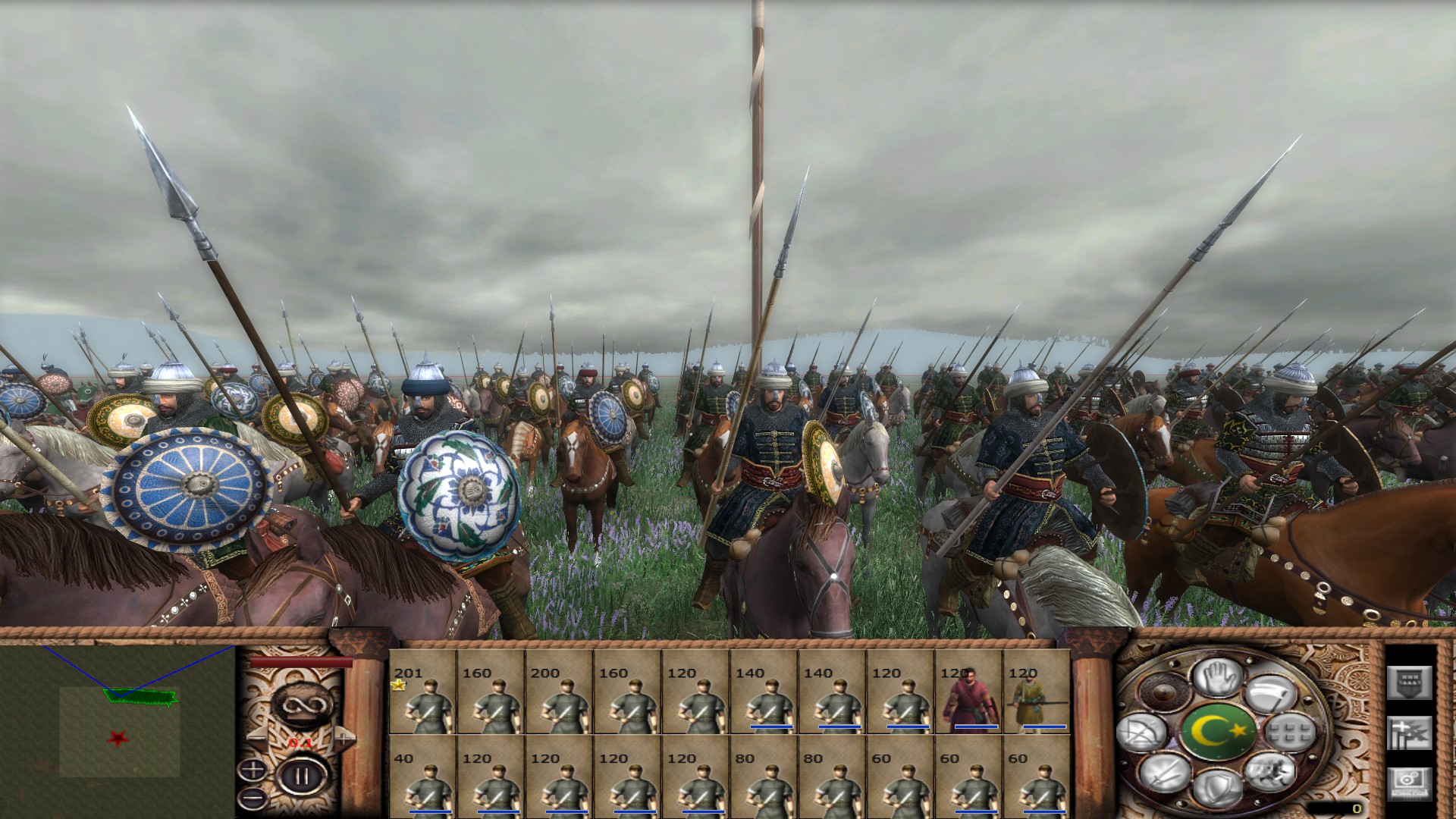 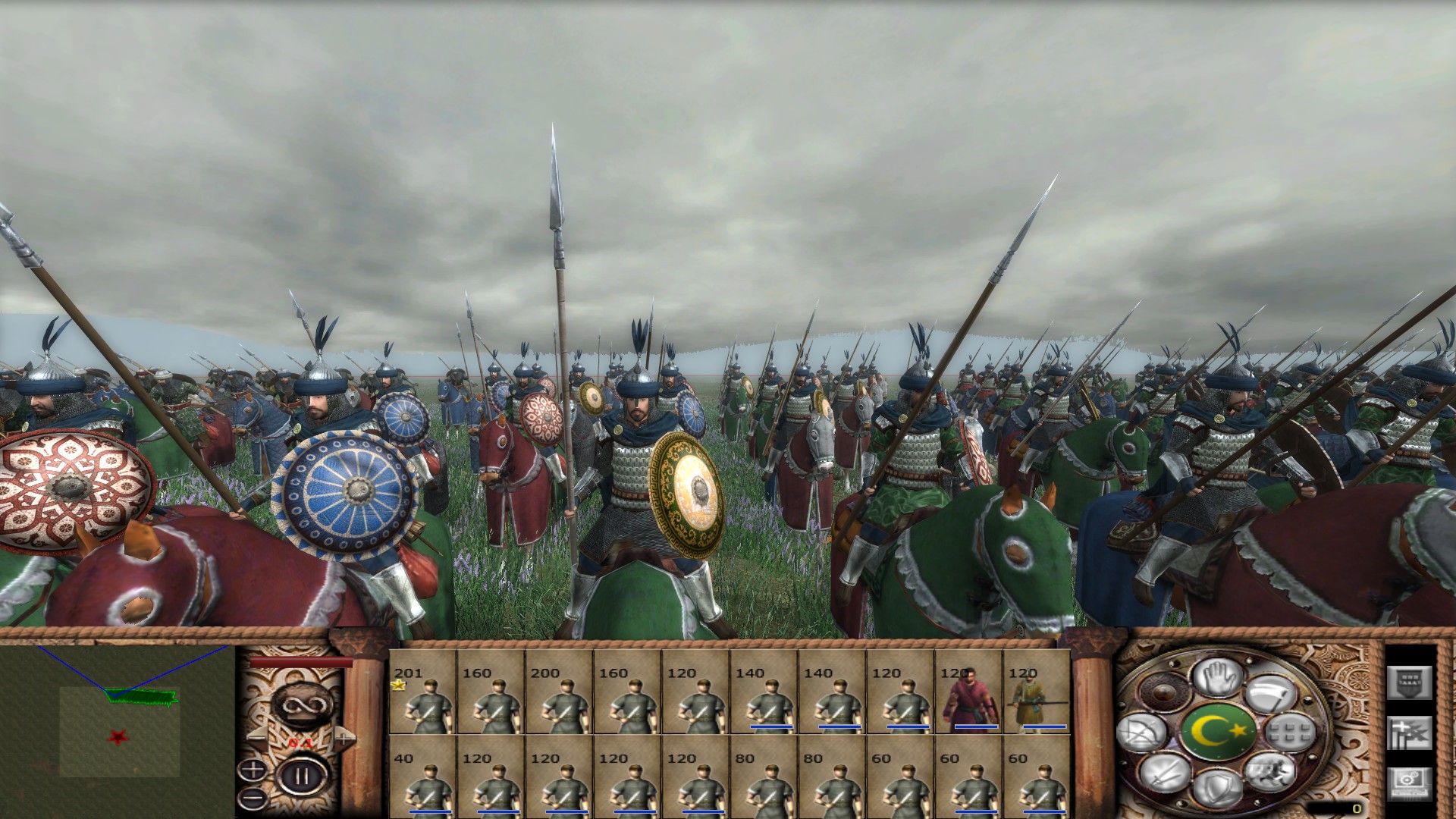 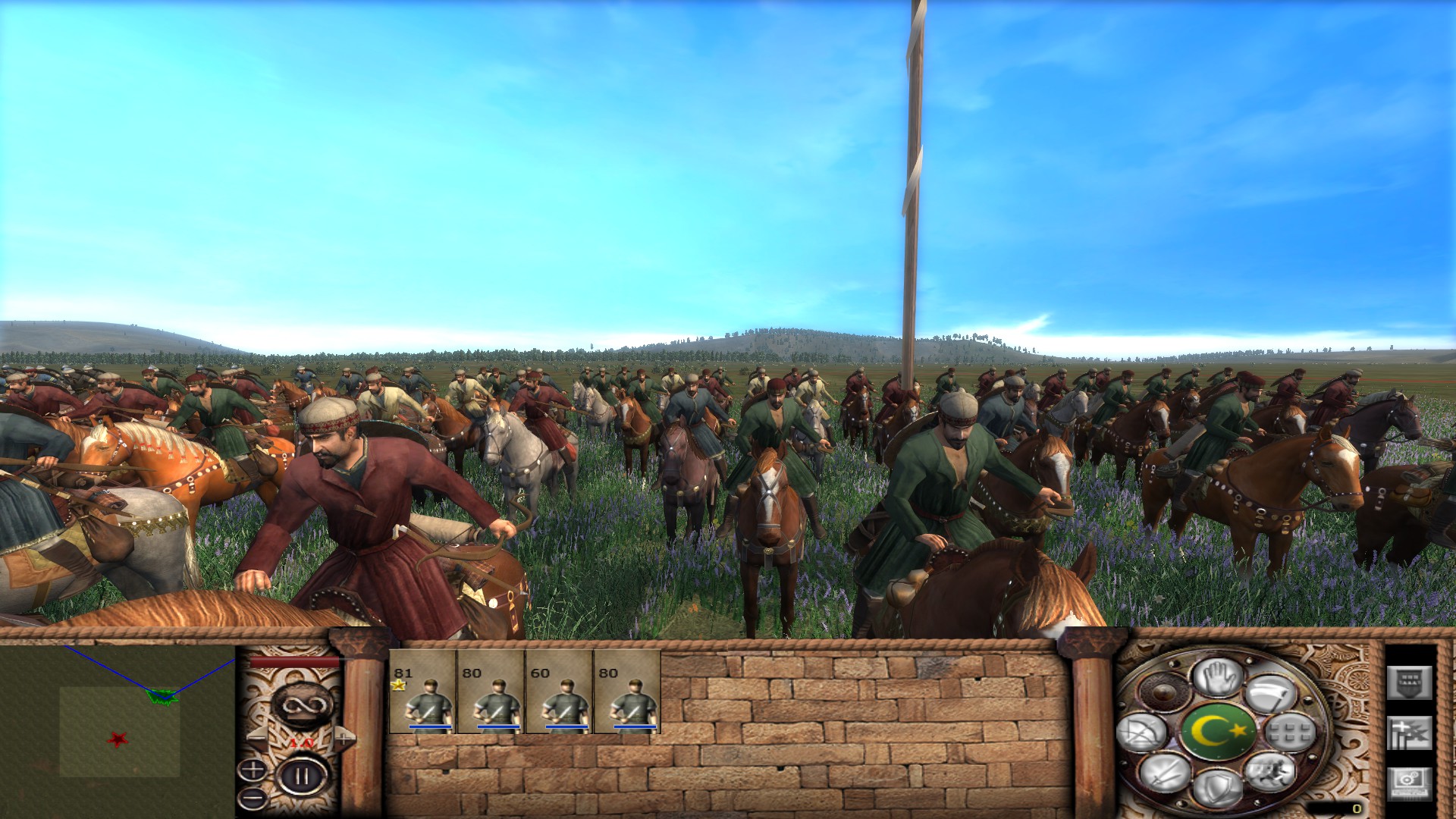 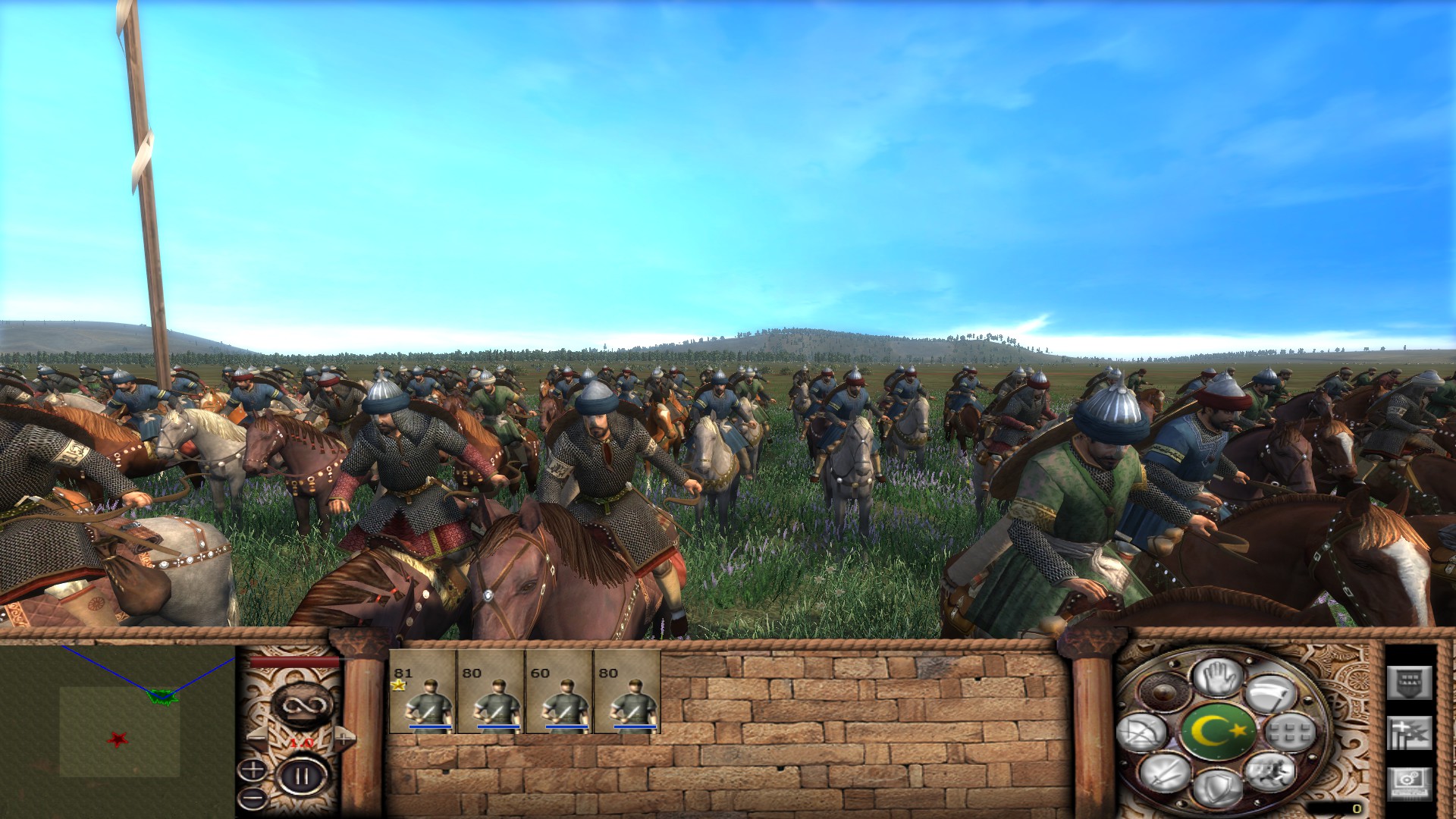 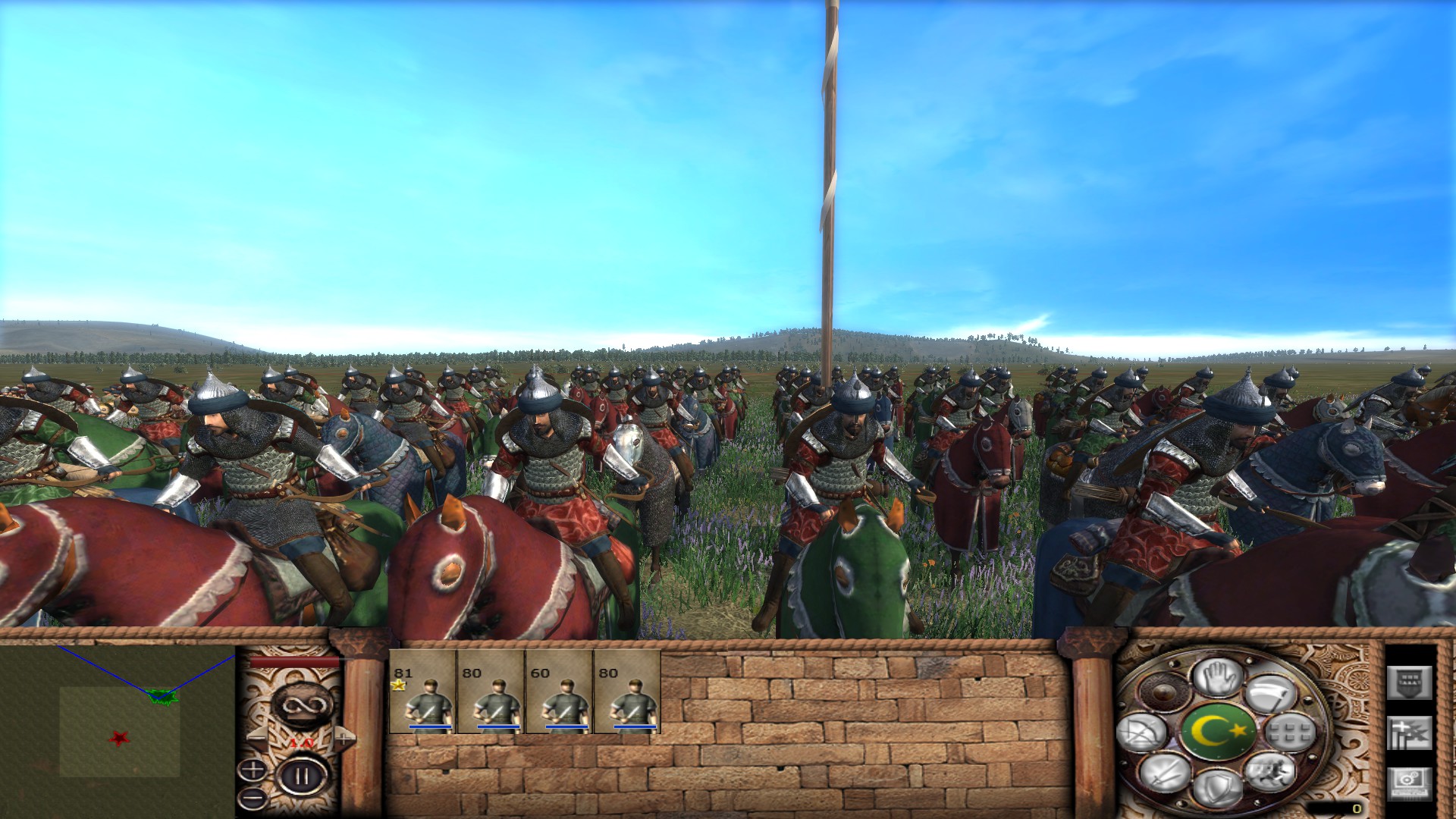 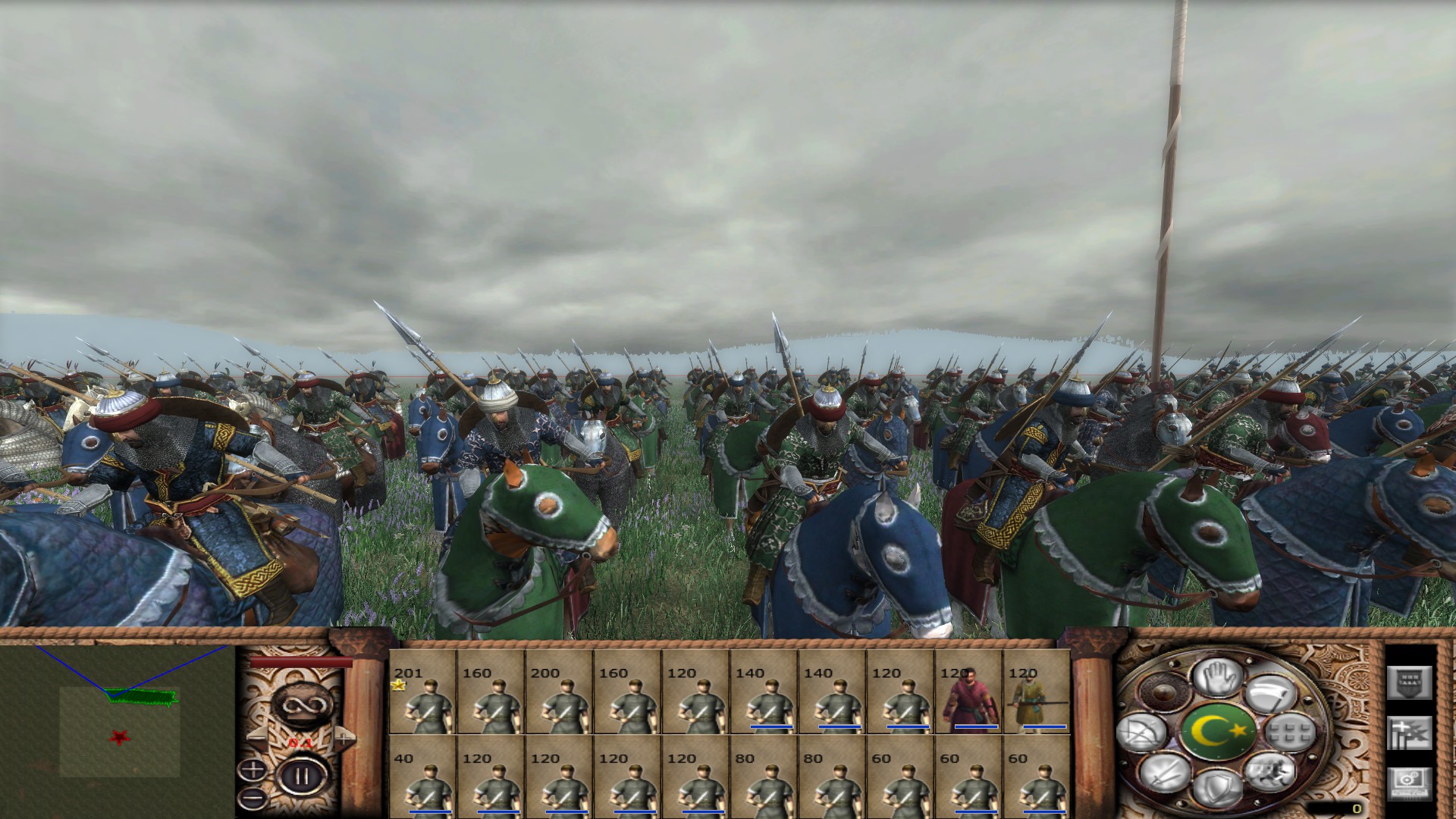 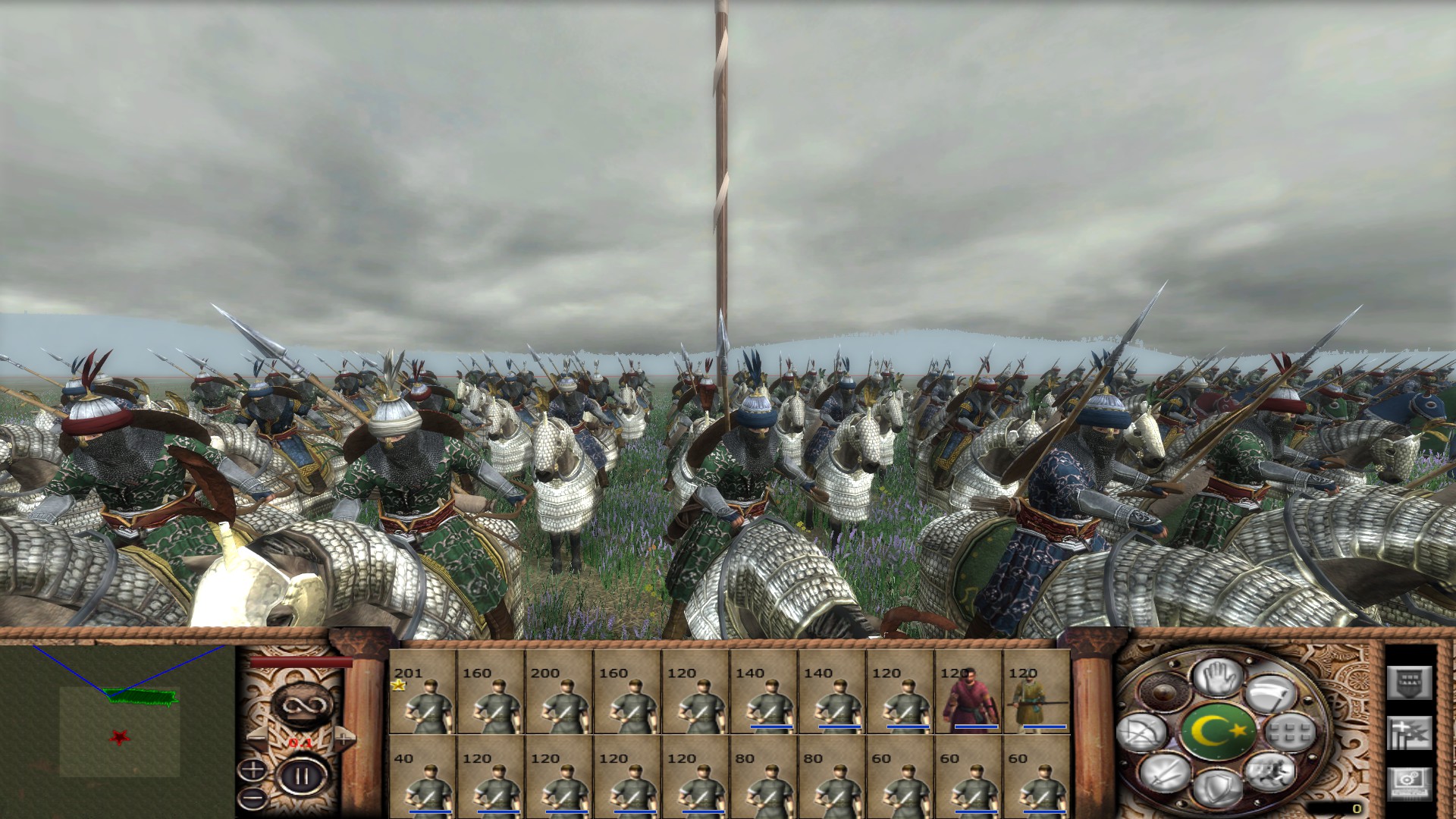 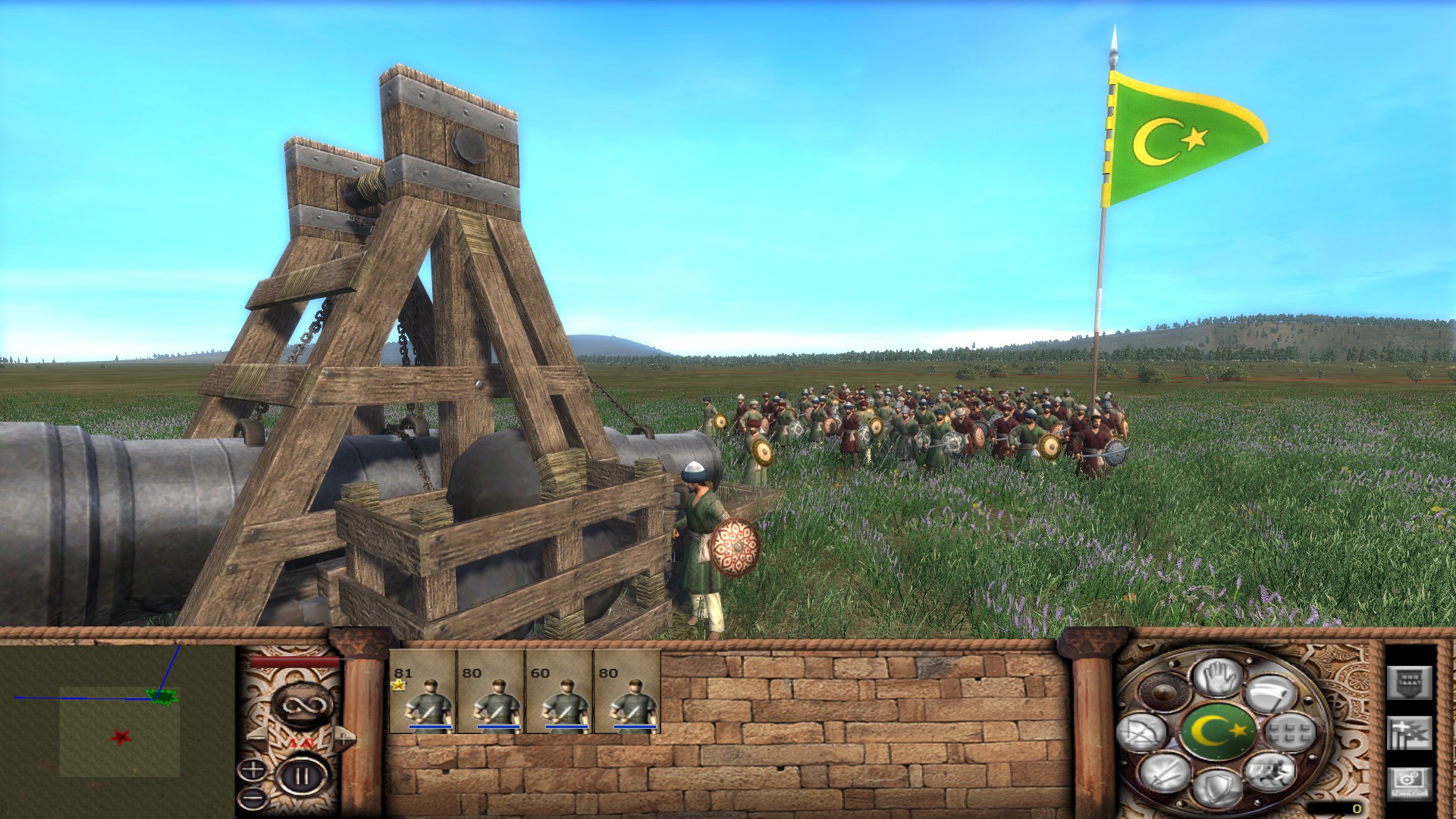 The Seljuks will have access to ballistae, trebuchets, bombards, mortars, cannons, and the Basilic (Monster Bombard).

-The Tsardoms: Total War team for many assets

Great job, and I love the colourful textures rather than the all single-color ugly armors that were in Vanilla Medieval 2.

There are a few mistakes regarding units names in Turkish that I would like to point out. I would recommend removing the "-lar/-ler" suffix as it is just plural.

The one with "ler/lar" is just plural, but I included depending on your preference.

Thanks for the feedback, I'll change them accordingly.

Thank you. I finally came to playtesting the mod and I'm surprised by the quality of the work. I'll definitively be keeping an eye on it.

There are a few more things I'd like to point out :

- The models of Kapikulu (Qapakulu) are rather off compared to armors Kapikulu Horsemen would've been wearing in the late middle-ages / early renaissance. (https://www.pinterest.fr/pin/376332112586874937/)

- It's a bit of a shame to have arabic names on the majority of units, such that Turkish-speakers do not understand what 2/3 of the units are by their name.

- The choice of the name "Rum" is very good. Not only is it historically accurate, Rum is also the "correct" name for the Ottoman Empire until the 17th Century.

The Ottomans called their state "Diyar-i Rum" (Lands of Rome) or even just Rum (Rome) (https://en.wikipedia.org/wiki/Ottoman_claim_to_Roman_succession#Roman_identity_among_Ottoman_Turks)

I'll see to changing the kapikulu models at some point; it's probably pretty easy to tell that right now they're just slightly fancier versions of the iqta'dar. The current model will be given to the iqta'dar when that happens.

As for the Arabic names, it is pretty unfortunate and a side-effect of me splitting the core Middle Eastern rosters into Arabic (Egypt/Moors) and Persian (Persia/Hindustan). I don't think there's room for an entirely unique Turkish roster, but I'll consider giving them English names instead.

English for placeholder units seems like a good idea in my opinion.

In that era, Seljuks had a very strong persian influence.

For that reason, it might make more sense to integrate Persian elements into Rum culture. For example, in the Ottoman military:

Do you have any suggestions for English names? I'd prefer to avoid using overly generic terms like "Saracen" or "Heavy."

In-game the Turkish and Persian rosters do share some attributes to reflect the shared influences between the two. The main one is that they (but not Egypt or the Moors) have hybrid bow/lance cavalry. A change that isn't live yet is that I also swapped out Persia's desert-themed militias for the Turkish ones, since the Khwarezmians were a Turkic dynasty.

I do want the Turks to keep their western Islamic core roster as a distinguishing feature, though. Especially since the Javanmardan have pretty distinctive Persian-style shields.

It does seem difficult to avoid generic names. I have looked into the current terms. Please note that I am a Turkish speaker, but I don’t know Arabic so I had to research to get an idea for the meaning.

Just for information, basically, I understood none of the names I mention at first glance.

- Adath were Fatimid units located in Syria, so they had no connection to the Sultanate of Rum.

- Mutatawwi'a seems to be “Muttawa” in Arabic, religious police.

- Uqjiyya (Uqji) is a strange choice. It’s just the arabic transcription of the Turkish word for archers (Okcu / Okchu) which you used for Heavy Archers.

- Julban : Honestly, I have no clue what it means.

- Fursan : It seems to mean “Cavalry” in Arabic.

- Askari : It means soldier in Arabic. In Turkey, “Asker” is used for any type of soldier currently.

- Tawashi : I guess it might mean “position of power due to one's proximity to the king or sovereign" ? I'm unsure.

- Iqta’dar : It means “Holder of an Ikta” ; which were called “Timar” in the Sultanate of Rum, and Iktadar in the Seljuk Empire; as such they’d be called “Timarli” or “Timarli Sipahi” in Turkish

About suggestions ; the name Ghazi should be definitively present somewhere. It's a type of unit found across cultures that makes sense in Arabic too - and a core unit of the Ottomans which lost importance after the Janissaries appearing.

Most of them are pretty straight translations, but here's some info on the names:

-Ahdath: You are correct, it's an Arabic term for garrison troops and they're similar to the azabs.

-Mutatawwi'a: You're correct. They're a jihad unit present in vanilla, although they have different equipment here.

-Ayyarun: A "vagabond" warrior caste; something close to a Turkish equivalent would be the ahis/ahiler. This unit is a mercenary available across the Middle East and will be recruitable at taverns (and their Muslim equivalents, of course).

-Uqjiyya: Correct again; an alternative Arabic term would be rumat (but that doesn't help the Turks either).

-Julban: A term for young or recently recruited mamluks, which I picked here because they're the dismounted version of the mamluk unit. I'm mostly happy with it, although I might use the name "Julban Mamluks" to make it more clear.

-Fursan: Correct translation and the plural of Faris (a unit in vanilla)

-Askari: Correct Arabic translation and the term has Persian roots, although in this period it implied noble status. I'm happy with this name, personally.

-Tawashi: Seems to be a term for Arab cavalry by the 12th century.

-Iqta'dar: Just a name ripped straight from kingdoms lol, I can definitely change it.

I'll see to finding a place for a ghazi unit. At the moment, the jihad units are the mutatawwi'a (melee infantry) and mujahidin (crossbowmen).

Thank you for the detailed explaination, that does clarify it a lot for me. :)

- Ahdath being closed to Azabs depends very much on the era. Early "Azap" were a corps of volunteers with high status, below Janissaries yet sometimes in competition with them. They were mostly double-purposed both as archers and melee.

Much later, with the Hatt-i Serif (1839), they became conscript units that served as garrisons - as such more similar to the Ahdath.

I'm unsure of a name that would fit both Arabic and Turkish languages.

- Ayyarun : In that era indeed the "Ahi" (members of Islamic Brotherhoods) or "Dervishes" played an important role in the Turkish military.

If I am not mistaken, the word "Ahi" in Turkish comes from the word "أخى " (Ahi) in Arabic. So that word would fit both languages.

- Uqjiyya : I can't find a name that'd fit both languages regarding archers.

- Julban : I have found them as an unit in the Mameluke Sultanate, called Culban in Turkish. It's worth noting that the Mameluke system did not exist in the Sultanate of Rum.

For the Ottomans, and certainly many Turkish Principalties, an elite that preceded Janissaries by centuries were the "Nöker" (companions) - a system that found its roots in Turco-Mongol culture.

- Jarkhiyya : I found that crossbows were called "Tatar yayı" (Tatar bow. In this context Tatar refers to Mongols ; who brought that technology to Anatolia from China) by the Ottomans.

Earlier, Seljuks seems to have called them "Zanburak" - the same word that much later, refered to camel-mounted artillery in Central Asia.

Though, Musketeers are, as you correctly found, called "Tufekci" ("Tufenkci" in old Turkish). Artillerymen are called "Topchu".

- Fursan / Tawashi: Interestingly, the Turkish word for Cavalry "Suvari" comes from Persian "Suvar" rather than from an Arabic root.

- Askari : I think that this name would fit well perhaps as "Noble Askari" or "Askari Nobles" as to highlight their "high" status.

I hope I could provide some interesting or useful information. :)

In Turkey and Persia, the same term (Dervish in Turkey, Darvish in persia) would be used. That term has also been adopted in Arabic Language as Darwish. So I'd suggest one of these terms.

- Rijal : I also can't find a common word between Turkish and Arabic. Typically, in Turkish the terms "Yaya" (Footman, actually coming from "Yay" - bow) or Piyade (from Persian) were used.

- Solak : They are an elite unit among the Janissaries, and very much direct bodyguards of the Sultan. They should be higher quality than regular Janissaries (Tufenkchi).

- Great job with making Janissaries and Solak that use Shields in melee. That's great attention to detail !

It's completely unrelated, but I'm quite glad that you decided to use the term "Roman Empire" rather than the anachronistic "Byzantine Empire" :)

The name "noker" is already used by a western steppe mercenary unit. (they're not in the current release so you couldn't have known that lol)

I can buff the solak melee stats to be better than the regular janissaries, though I probably won't make a standard janissary archer unit. If I gave them unique melee infantry, it would also more than likely be the serdengecti rather than more janissaries; the tufenkchiler and solaklar are already pretty powerful in melee.

Pretty much every faction has period-appropriate names where possible, though I also wanted to keep them "generic" since we won't have any name changes. (i.e. Persia refers to both the Khwarezmian and the Safavid dynasties)

(Edit : Okcular is correct, sorry I made a small mistake !)

I do have a small issue with one translation ; the word "Faris" in Ottoman Turkish (Feres) means "Female Horse / Mare" which makes their name a bit confusing for a Turkish unit.

About Solak, they are very much "Praetorians" of the Janissary Order. It could be interesting to call them "Solak Guards" to refer to their Household Bodyguard status.

They are an unit that, like the Praetorians, guarded the Emperor, but also could overthrow him.

About Serdengecti - I think it's a fascinating unit so they'd be a very good choice.

I can also suggest the name "Zihrli Nefer". I would like to make some precisions.

Serdengecti were Janissaries that volunteered, to make elite units, equipped with the heaviest armor, supposed to fight until their deaths if necessary. They were tasked with strategic missions. Saving a collapsing flank, being the first to enter a breach in the wall.

If they survived, they would be highly rewarded and promoted.