As part of the Moddb Doom 3 birthday feature, the Facing Hell team finally break the silence regarding their expansion project.

[page=Introduction]
As part of the Moddb Doom 3 birthday feature, the Facing Hell team finally break the silence regarding their expansion project.

[page=Interview]
Just a few mandatory formalities I’m afraid, could you please introduce yourselves), giving us your responsibilities on the mod, and a brief overview of what Facing Hell is all about.

eXistence : The core team consists of three "leaders" (whereas the term "leader" is not quite right; all our decision on new ideas and directions are made by the whole team, there is no boss-position), which do the most work in an interdisciplinary manner - the tasks are overlapping for the most parts.

cR : Hi, my name is Timo Rumland (aka 'cR') and I'm responsible for all kinds of art like 3D modeling, texture creation, web design etc. I also do the codingpart in Facing Hell, where I implement our new gameplay ideas and some features, the doom fans will definitively love.

eXistence : My name is Johannes Ohlemacher and i am a 2D/3D artist and the lead level designer of Facing Hell. I am responsible for creating the actual environment. That includes making the new levels using Doom3's level editor, but also making new models and textures when needed. When I am getting stuck on level design I am also working on new characters/monsters.

The Doom 3 modding community has had a somewhat rocky childhood. Doom 3: Jedi, Doom 3 Team Fortress and Doom 3 : Hell on Earth are just a few of the mods that seemed extremely promising but have since died or switched engines. I’ve found the two most common reasons dilapidated teams have given for this, are recruiting problems and criticisms of ID’s technology. Do you feel that such reasons/issues are justified, and have they effected your team aswell?

eXistence : On the one hand, I can agree on the technical problems the Fortress team had. Doom 3 was never meant to be a multiplayer game. It’s pace is very slow and it’s multiplayer mode supports only 4 players (out of the box), so it is extremly hard to make a multiplayer mod like Team Fortress. But on the other hand I can’t agree on the recruiting problems. We also had problems with it, but we always wanted to keep the team small, so it didn't affect us that much. So those problems are definitively there, but they are no reason for canceling a project. If you took a look at those mod teams half a year ago, they had a lot of members (a lot more than we have). We guess, it’s a big mistake to specialize the tasks of each member too much. Those teams had certain members for concepts, textures, models, levels, programming, scripting, etc. Because of that, the completion of a single piece of game content depends on a lot of people and a single artist is very restricted in his freedom of creativity, because he is only responsible for a single step in the process of content creation. Here at the Facing Hell team, an artist is responsible for nearly all steps it takes to get something into the game. A modeler does the high res model, the low res model, the texture, the animations and the scripting. A level designer is also responsible for making new static models, terrain models, textures and scripts. An artist got full control over his piece of content, so it is guaranteed it will look exactly the way he wants it to. The disadvantage of this method is, content creation takes more time and as an artist you really need to be multi talented to handle all the steps. When we started to work on Facing Hell, none of us were able to handle all the steps. Everyone needed to learn new stuff and there was (and still is) a lot to learn.

cR : One point that is definitively very hard to accept for many mod developers is the difference between initial motivation for a new project and the long-standing motivation. At the beginning, there is an idea, and new concepts flow out of their minds like earthworms out of the ground at rain :). Sure, we also had many new ideas and a wonderful "picture" of our mod. But we knew, that it is a long way to get the work done and to realize our plans.

From what I gather a necessary foundation for any mod is having strong concepts, but its always an entirely different matter getting them and all their factors into the game. Have you found Dooms tools have really allowed you to do this or has it been a struggle?

eXistence : Doom3's level editor is a two-edged sword. On the one hand it’s got some very cool features, but on the other hand it’s got a lot of dead functions. The editor definitively needs to be cleaned up by id :(. Something I am very happy with is the build-in normalmap renderer. I tested some other tools (e.g. Mayas build-in normalmap renderer and a tool named ORB), but Doom3's renderer just works best :) Doom 3's content is very open. You can take a look at nearly everything to see how id solved a special problem or how they achieved a special effect, that is very helpfull.

You’ve been quite keen to stress that this is not so much of a mod as it is an unofficial add-on pack for Doom. What does this mean for potential players in terms of what new media we can expect? E.g.: monsters/textures etc.

cR : While we call our project a "missionpack for Doom 3", it doesn't mean that FH is not a mod. Many projects out there change the wohle gameplay or the background storyline in that way, so it catapults the player into a new universe or into a new game concept. We do actually modify several things of original Doom 3, but for us, it's more like expanding (and in some minor cases, improving) it, while it remains just a mod for others.

eXistence : There will be everything you expect of a mission pack: new monsters, new weapons, new characters, new cutscenes, new textures and new features :). The transition between Doom3 and Facing Hell is almost seamless, so the first levels are true Doom 3 style. Later when you left mars, the look and feel of the levels is strongly inspired by Quake 1 and Quake 2.

Whereas Half Life 2 mods are generally quite varied in style/gameplay, the vast majority of mods for the Doom 3 engine basically seem to be expanding on the Doom Universe/storylines (the whole space meets hell saga). Do you feel this is in anyway a reflection of the accessibility/potential of the two games engines?

eXistence : There are indeed a few technical restrictions in the current version of the engine, but I guess the main reason is something else: Compared to Doom 3 the content of other games can be used in a more flexible way. Take HL2 as an example: you can create out-of-the-box both real world style and scifi style levels. Doom3's content is limited to this dark and creepy scifi atmosphere. To make something completely different you need to recreate most of the content, that’s extremely time consuming.

cR : I must admit, that Doom 3 does not offer so much diversity and variety of features like Half Life 2 does. But what may be the reseon for this? Is the Doom 3 engine not capable of doing feature A, feature B etc... ? Well, in my opinion, id did not try to implement as much different features they can to serve every kind of customer. Doom 3 is an immersive science fiction horror
shooter, without needless things, seen in other games. This is what they wanted Doom 3 to be, and they achieved their goal.

Were there any things you specifically didn’t like or enjoy so much during the Doom 3 experience that you felt you could elaborate on, thus inspiring ideas for Facing Hell?

cR : For us, the way id tried to tell the story of Doom 3 was too laborious. Since the story of FH is an important part, we are thinking about improving that and get rid of the "read through hundreds of lines of emails". As we are just a mod team (ok, missionpack-team just sounds bad ;) we are not able to do voice acting for the whole story, but we have some ideas how the story could be told in a more "interesting" way. At this point, this is still in a concept phase.

eXistence : I definitively missed water and some more open areas. Sometimes the levels were just a bit too claustrophobic. Water is one of the new features cR is working on (we hope to get some underwater screenshots released soon) and I’m doing my best to do a “better” job than id concerning the variety of levels (is this blasphemy? ;).

Obviously the Ressurection of Evil expansion pack was released during your development. Has that in any way effected the mod in terms of inspiring ideas or been given new content to play with?

eXistence : When RoE was announced, we were afraid of our story beeing messed up by the story of RoE. Later when story details of RoE became clearer, we realized that it fits nearly perfectly into our storyline, so we had to change nothing. RoE was great fun to play, especially because it is a bit more action driven than the original game and that is something we also focus on.

What do you have planned in terms of music? Are there plans for any new scores or are you going to use music from Doom 3?

eXistence : There was music? ;)

cR :Actually we talked about new music in FH. But at this stage of the project, music has low priority. So new background music may be an option, but it’s “not officially announced” :)

Any chance of a release date or is it still a case of When it’s Done?

cR : In the past, we got a couple of emails asking when FH will be released. At this point, I must clearly say (although the most of you surely know this) that we are no full time game developer. We are doing all the work in our spare time. For us, it’s just fun (well, most of the time ;). But at the same time we must thank everybody who sends “good work, keep it up” emails, so as you can imagine, this really keeps the motivation up :) So, facing the fact, that many mods were cancelled, we can assure that - even it might take a while until you can discover the real reason for all evil on mars - our work is going on. Read our lips: We - don't - give - up." :-)

Finally, as totally irrelevant as it is, have you seen any of the recently released Doom movie footage? If so what are your thoughts?

eXistence : I am not a big fan of bringing video games to the screen,
so i am very skeptic. Maybe it will be fun to watch, but i guess it wont live up to the game ;(

cR : I can't say much about the film. It may rock or it may fit into all the other today's mainstream movies. I don't like the changed story. To be honest, in my opinion , the film does not look very promising.

That's all from the Facing Hell team! I'd like to thank them for their time and offer them all the best on further development of their mod. I suggest you all take a trip to www.facinghell.com to keep up to date with the teams progress, and see the next page for some exclusive screenshots. 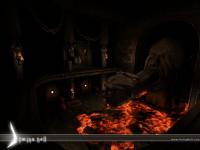 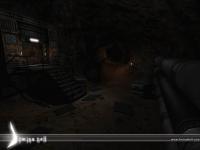 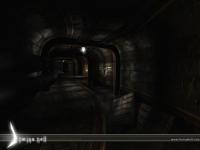 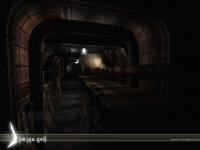