How do you get back to base quickly without a vehicle? Shifting, that's how. Lead Writer Jonathan D. briefly talks about another use for SCMB Towers.

You have connected your SCMB towers but you are pretty far from your home base location. It would take you close to five minutes to get there on foot and you don’t currently have access to a Vehicle Forge to create a simple transport to return with. Personally, I’m not the type of person who would walk back. Instead, I would use a built in feature that allows me to latch onto any SCMB line and ride it back.

The Fabrication Gun comes standard with the ability to latch onto any set of SCMB lines that are powered and have a clear line of sight. Shifting, as its called, works by setting the internal SCMB from the Fabrication Gun to attract itself to a beam, acting as an input. This in turn allows you to hold on and seamlessly traverse large areas with ease. As cool as it may sound or be however, this feature does have it’s inherent drawbacks, being that you can only shift between two connected SCMBs at once. That means for every connected tower, you can only use the beam that is between them. It will also make you an easy target for any long ranged combatant that has ample skill with high velocity weapons. 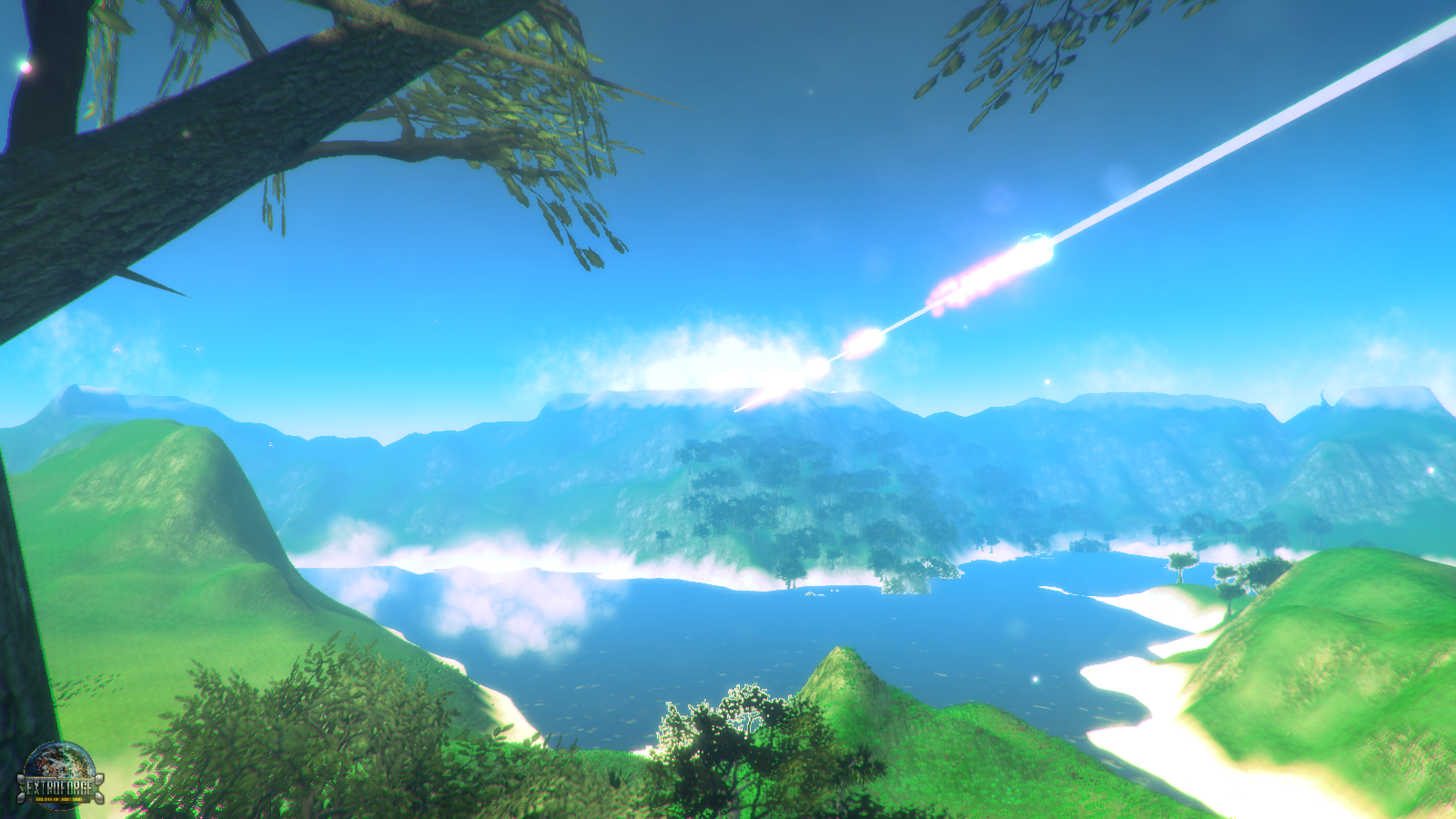 The pros however, outweigh the cons. This feature only uses the power of the Fabrication Gun, so with your off hand, you can still engage any enemy combatants in mid-shift. This allows for quick, touch and go strikes if a player were to shift using an enemy SCMB line and can dramatically change the pace of a match in seconds. If a team’s base were to get attacked and a SCMB tower was connected to a silo or another structure that has an input, those players could quickly shift their way back to defend. A team could also build a tower in close proximity to the enemy and use this as a quick way to get back into the fight, as long as the tower remains standing and connected.

As cool as shifting may sound, it is still dangerous and is not recommended to be used as a technique in your battle plans. If someone was currently using a SCMB line to shift with, that person would certainly fall to their death if it was disconnected over a high gap in the terrain.

Pretty bad@$$. I know shaders are fun and all but it was really hurting my eyes while you were shifting. Be a bit more minimalist in the right spots and I'm sure people will have a better appreciation for them.

Thanks for your feedback! We have change a lot about the look of the terrain and the shaders because of the Unity 5 release. Please look forward to seeing these changes in further updates!