Evil skill is a new way to play Arcane Dimensions and offers players a greater challenge with deadly enemies to fight!

Skill levels in Arcane Dimensions are selected in game by the player, there are no menu options. In the middle of the start hub map are three pillars with easy, normal (default) and hard written down the side to choose from. When one of these pillars is touched by the player the engine will change the current skill level and any map loaded afterwards will be affected. 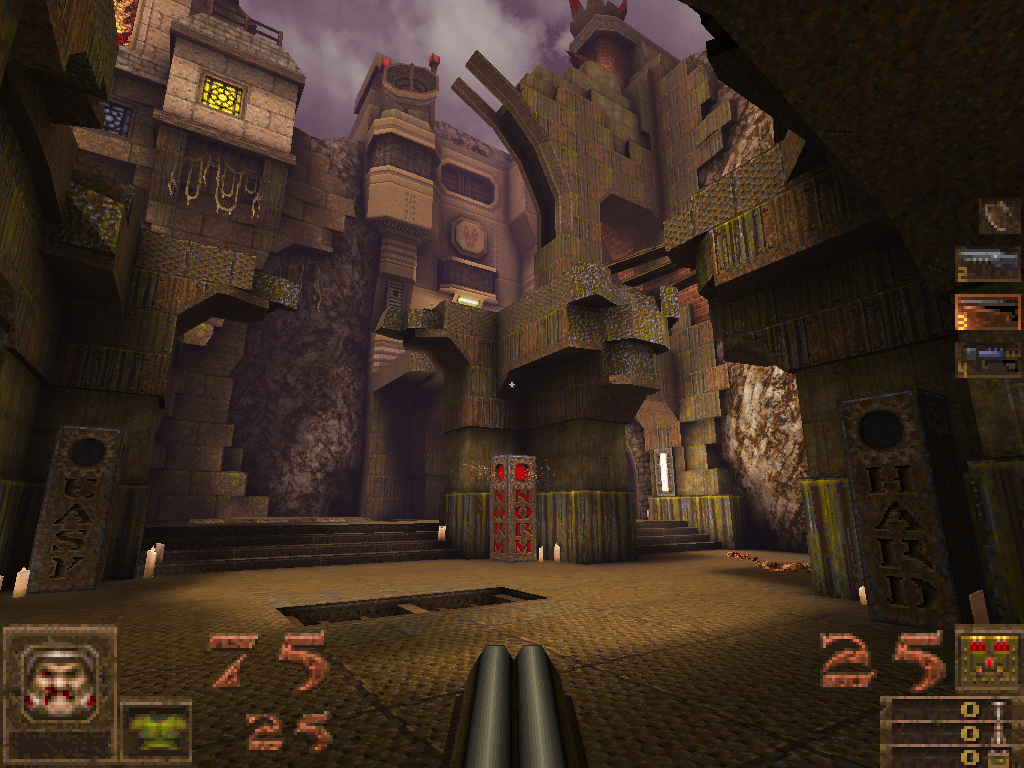 Beyond hard skill is another level called nightmare where monsters have faster reaction times, suffer less from pain and do additional attacks and damage. Nightmare skill level is always hidden because its often regarded as being unfair and not something that the player should be able to select accidentally. To reveal nightmare skill level in Arcane Dimensions the player has to go for a quick swim in lava! 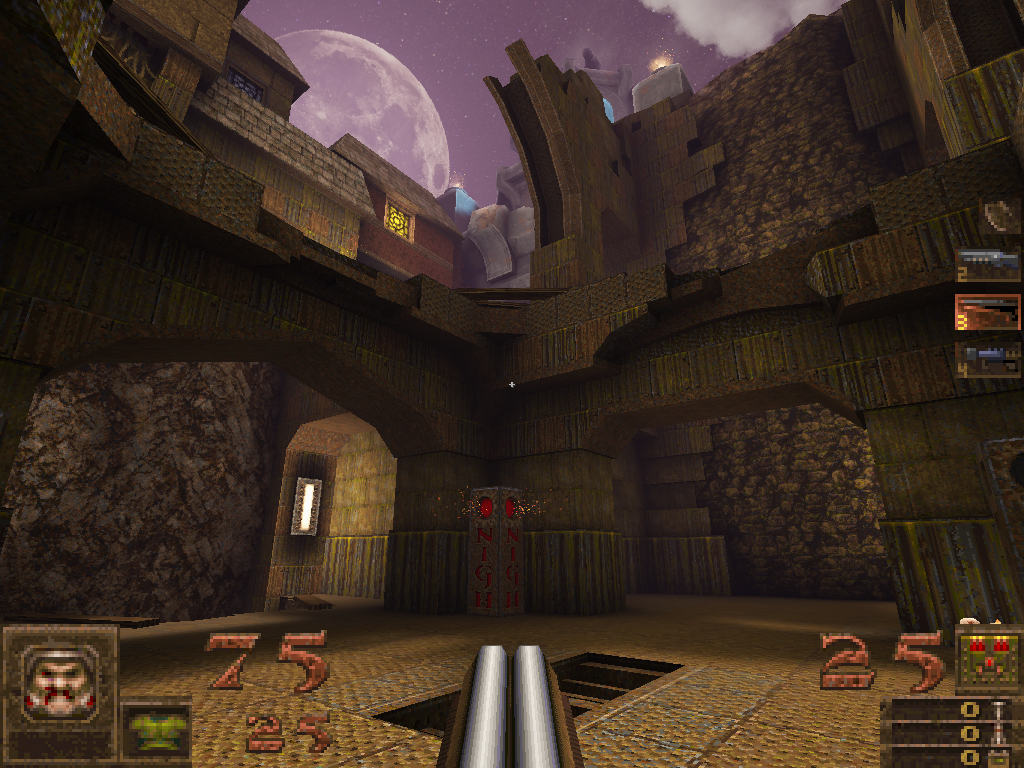 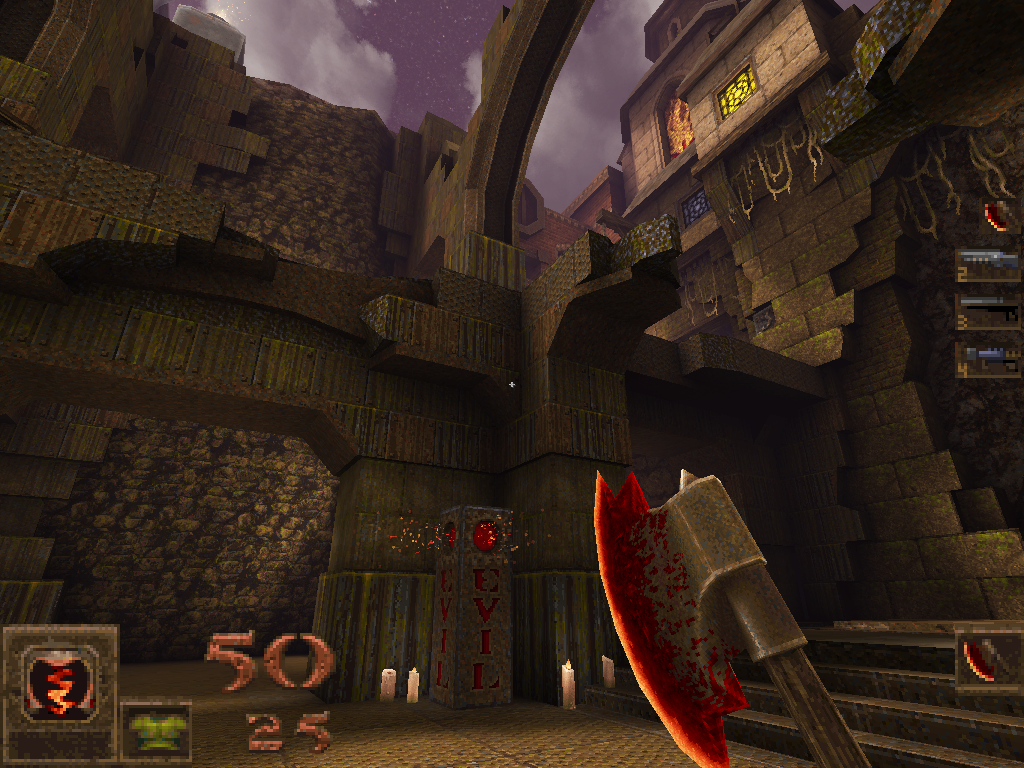 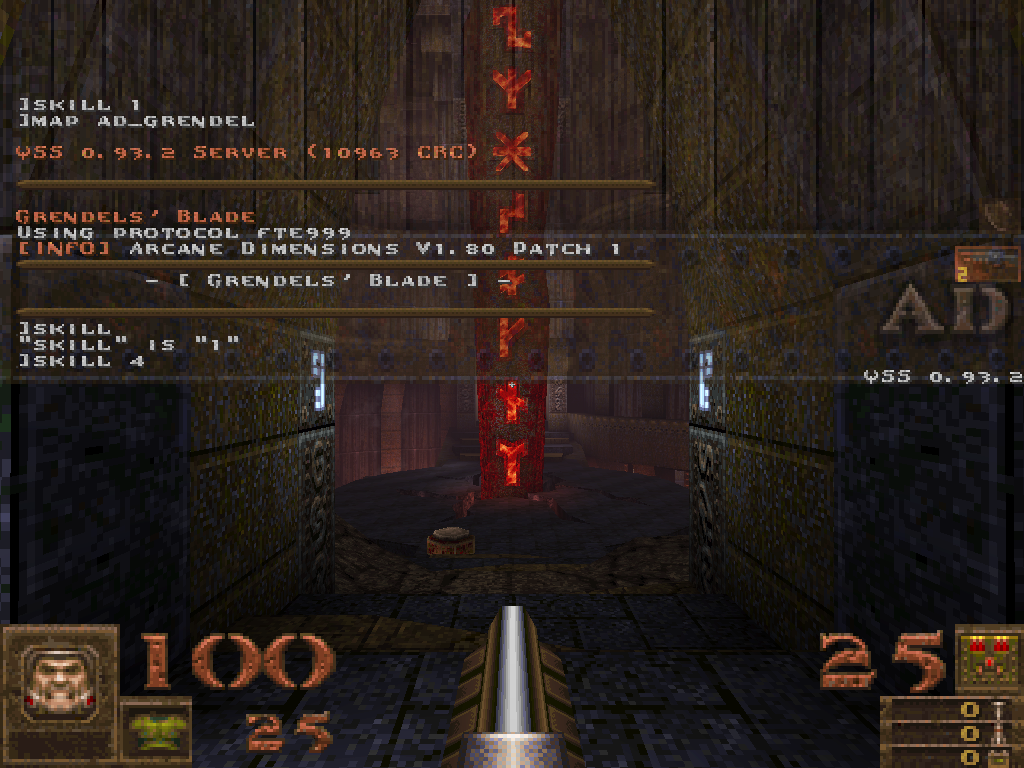 A key feature of Arcane Dimensions is that all combat is scaled via skill level, the reaction times, pain and attacks are all linked together and this is dynamic. Once a map is loaded and the skill level has been setup, the player can open the console and change the skill to whenever they want. This allows the player to try out different skill setups and adds to the replayability of maps!

Hey, call me a noob but I don't understand what replaces the easy pillar with the evil pillar. I got the nightmare pillar and then saw evil mode exists but this just says it appear and the image shows it replaces easy but it just isn't for me.

I did not want to spoil the surprise of finding out how to unlock the evil skill pillar in the start map. You have to unlock the Nightmare skill pillar first and then check the back of the giant pillars in the middle of the map for shootable buttons.

that's totally fair, it just leaves you in a bit of a spot when you fail to find it on your own and there isn't a "I give up, help me" option :P

Hi, simonoc. I want to first state that Arcane Dimensions is the best Quake mod I've ever played. It added so much variety to the game that I almost can't play vanilla Quake anymore!

Now, I want to ask some things regarding the difficulty settings in the mod, because I can't find more info online.

I've noticed that changes were made to the Nightmare difficulty in AD compared to vanilla Quake. For instance, enemies don't spam ranged attacks anymore, which would render them stationary. You said in the article that, on Nightmare, "monsters have faster reaction times, suffer less from pain and do additional attacks and damage", but I haven't noticed faster reaction times nor additional attacks and damage on Nightmare, at least compared to Hard. Are these specific to certain enemies or something? Could you also provide more info on what the difficulties in AD change in the gameplay compared to vanilla Quake? I'm playing AD 1.81 on Quakespasm-Spiked, btw.