Learn more about locations and gameplay in Destroyer: The U-Boat Hunter from our latest post! Enjoy the read 🌊

The recently released gameplay trailer has allowed us to gather a healthy dose of long-awaited feedback. Truth be told, being the lead designer of the game and the director of the trailer as such, I was both overjoyed and anxious about the release. On the one hand, I wished that everybody could finally see it so we could gauge the reaction, but, on the other hand, one can never be 100% sure of their creations until the judgement is passed.

Thankfully, the feedback that we have received has been overwhelmingly positive and it is great to know that the vast majority of viewers enjoyed it and they are happy with the direction that we have chosen for the game. I would like to express my thanks to everybody who shared their opinions, both positive and negative, as that constitutes great help in refining and clarifying the vision for the game.

The trailer, however, shows but a small dose of the whole experience and there is still a lot more to come, e.g. the sonar room. The stations located therein will be absolutely essential to hunting submerged U-boats, and trust me - they will submerge once they detect your presence (we are not planning Greyhound-style suicide runs, that’s for sure). Therefore, you will need to dedicate some time and effort to pinpoint their exact position, and it is sonar that will allow you to do so. However, the most crucial complement to sonar was the Tactical Range Recorder (TRR for short), which served to measure the so called ‘range rate’, i.e. the speed at which you are closing in on the target. As you can imagine, the TRR will give you a heads up regarding when to drop your depth charges, so it is a piece of equipment that you may want to know how to use well.

The engine room, conversely, is still a little bit vague in the sense that we are not even 100% sure if we can squeeze that part of the game in without making the whole experience too complicated, but this is something that only extensive testing can prove. For now, we are up to our eyes in work regarding the CIC (which has a lot of different stations that need to work perfectly together) and once we are done with it, we will be following it up with the sonar room so that we can actually start hunting :) That being said, let me finish with a quick account of how things are going and where we are with the project, because that’s something that you would probably like to know. 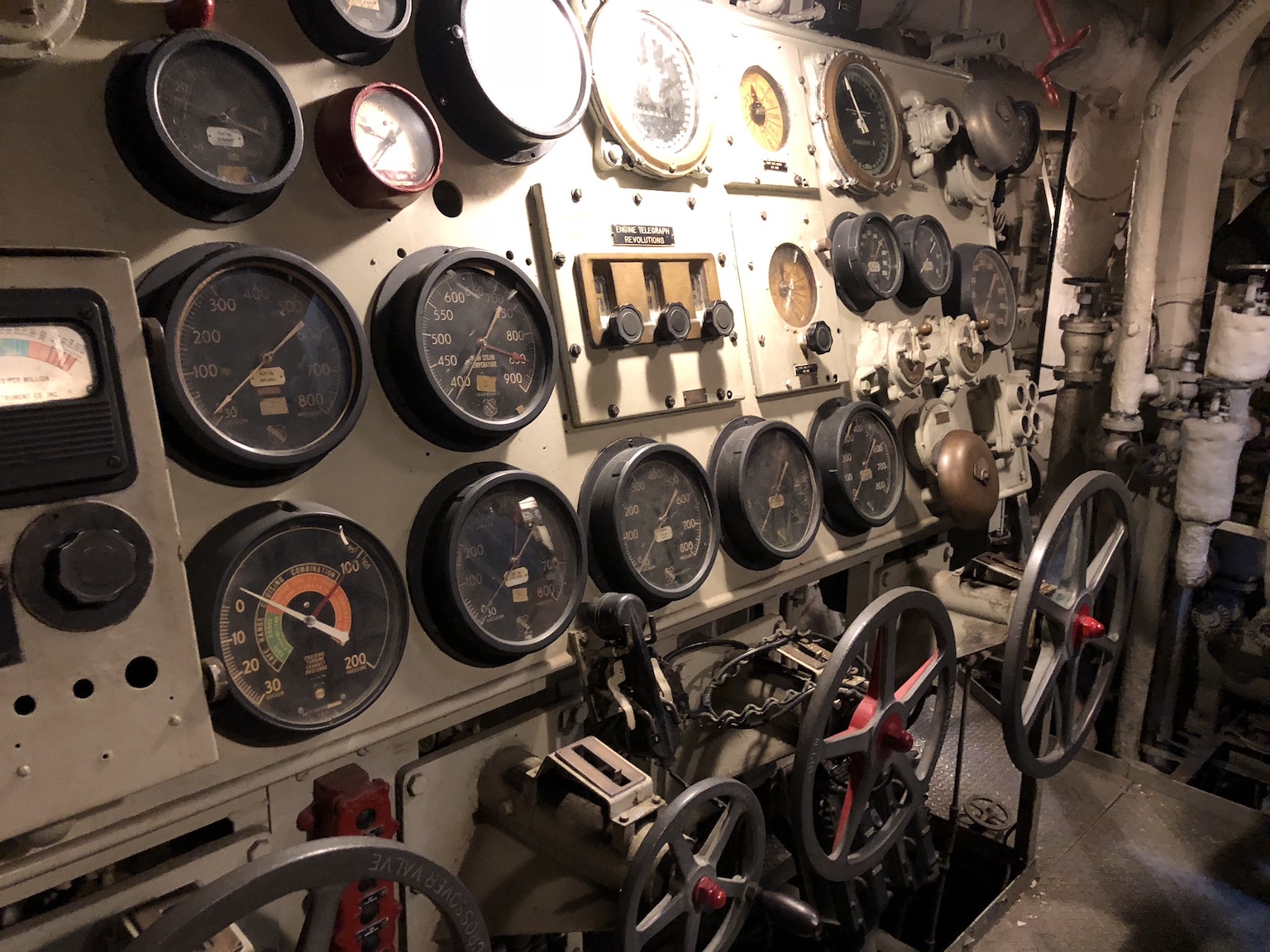 OK, so the convoy, the escorts, and the first U-boats have already been set up. Basic pilothouse functionalities are in place, so you can steer the ship around. Next, we’ve got observer posts and their binoculars working, along with a 360 degree scale that allows you to make sure which direction you are looking. As regards the observers, they will simply act as your eyes on deck. This will facilitate maneuvering, but will also enable you to use searchlights whenever necessary, and it might so happen that you will need to rely on those searchlights to spot periscopes of those sneaky U-boats that have already managed to slip past your escort screen.

As for the CIC, we’ve got the radar up and running, so there is already a good view of what’s happening on the surface. Now, however, we are working on one of the more complicated devices and gameplay functionalities, i.e. the DRT (the plotting table). We’ve already got the light bug moving around in accordance with our destroyer’s maneuvers, and you can also reset it, if need be. At present, we are focusing on the Parallel Motion Protractor (the arm with the disc and ruler) that will enable you to do exactly what you saw in the trailer, which is to determine what sort of maneuver will allow you to cross the enemy’s path and how much time you would need to get there in order to unleash your depth charge attacks.

Apart from that, the DRT will also encompass a lot of different functionalities that you did not see in the trailer. Those, however, I will gladly discuss with you in the next devlog lest I have nothing new and interesting to report.

...which is very unlikely, but I shouldn’t be spending so much time writing these anyway, right? :P