A review of the features and breakdown of the Static Galaxy Map, Mass Relay Network, and Planet Classes in Beyond the Relays.

Hey everyone! I'm excited to bring our first official Dev Diary to you. Today I'm giving you a look into the work that we've been putting into our static galaxy map. Implementing a static galaxy into Stellaris has numerous challenges - you have to create and define pretty much everything yourself, there are hurdles when it comes to event chains, how the endgame crisis handles the map, etc.

Our Galaxy Map contains the following:

This comes to a total of 66 star clusters, containing 245 custom systems, fully representing every system and planet seen or referenced throughout the trilogy.

The classifications are the following:

To better align with the lore in the Trilogy, we've changed both Barren and Frozen worlds to be considered habitable worlds, but will be considered the lowest tiers of habitability. To replace them in the uninhabitable classifications, we've created two new planet classes - Scorched will be replacing Barren, and Desolate will be replacing Frozen. To account for repurposing toxic worlds into a tertiary tier of habitability, we've also added in Hothouses. Additional uninhabitable classes we've created include Cryovolcanic and Geothermal.

For Gas Giants, we are introducing Ice Giants and Hot Jupiters as their variants.

Each of our planet classes will contain custom textures. (we're looking at doing custom textures for each custom-made planet, but are not committed to this yet as this would drastically increase the size of the mod.) I've uploaded some pics of some custom textures we've done so far, so take a look. 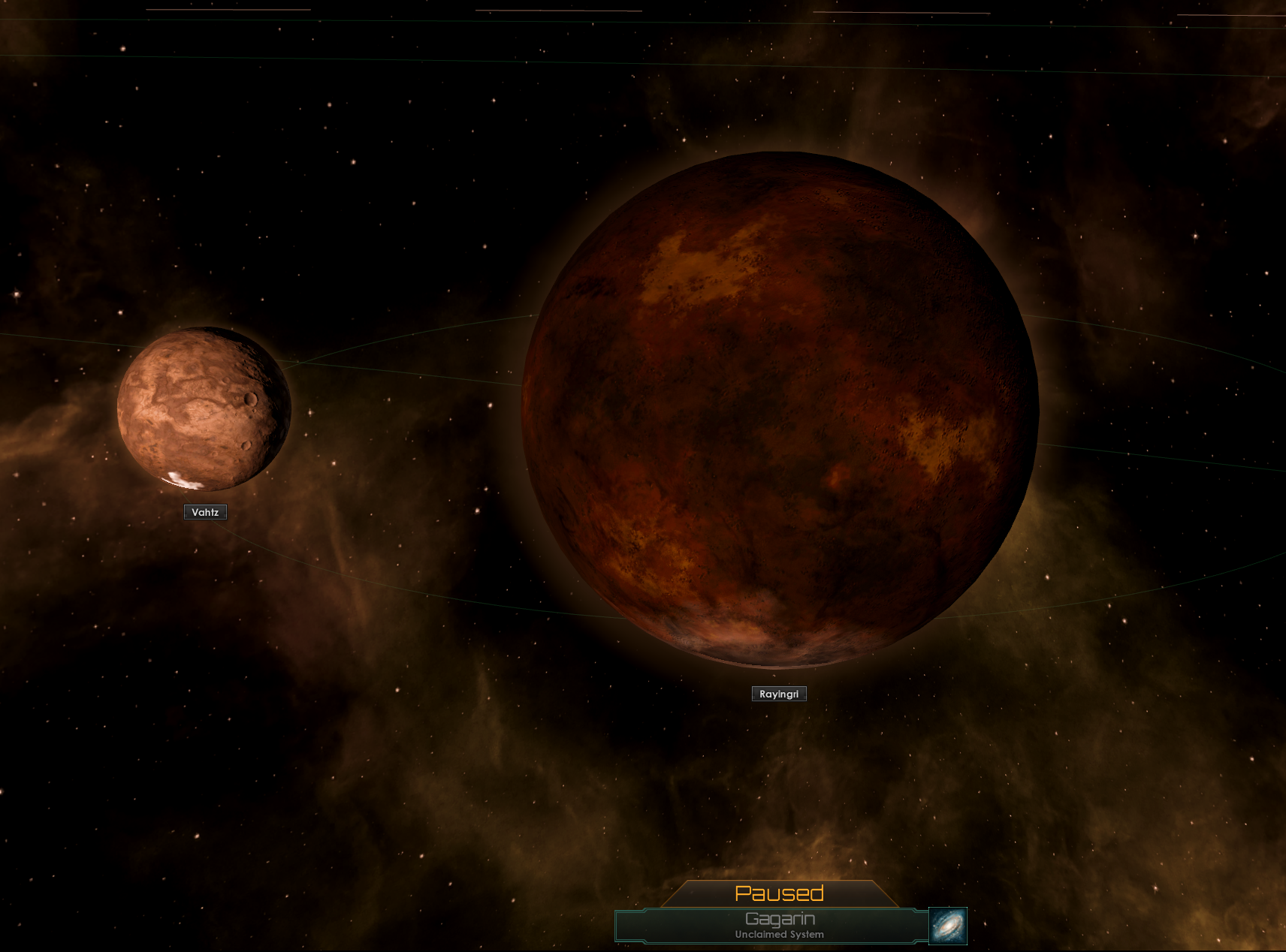 There are other classes we are including as well, but I'll leave them for you to discover.

There is one fundamental aspect of the Mass Effect universe that is imperative that we get right, or else the whole feel of the galaxy won't feel like Mass Effect.

Our plan for the implementation of Mass Relays into our galaxy has gone through a few different iterations. The obvious answer is to just utilize Gateways and replace the gateway model with a Mass Relay model, just like this fantastic mod by Princess Stabbity and TheGrandN:

But when looking to implement the galaxy as accurately to ME's lore as possible, there are a few issues with using Gateways as they are in Vanilla. One of the biggest issues plaguing Stellaris as a whole is the performance issues in the late game. A lot has been said on this topic, so I won't be diving too in depth into the specifics here, beyond stating that two of the biggest contributors to late game performance loss has been tracked to how often pops and jobs are checked, and also by changes being made to the galaxy map proper and it's pathfinding during gameplay - for example spawning in new systems through events, creating new bypasses/hyperlanes, etc. There are a few really good Dev Diaries by Paradox that go into the different challenges in managing performance, if you're interested in learning more about the challenges in managing performance in Stellaris, I recommend reading through Dev Diaries #'s 170 and 182.

Performance is something we are working to be very cognizant of throughout development, and our approach to the Mass Relay network is no exception to that. With standard gateways, they link to every other gateway in the galaxy, which can quickly increase the number of calculations needed to determine the optimal path for ships to travel. In the lore of Mass Effect there are two types of Relays - Primary and Secondary. Primary Relays connect only to one other relay, another Primary Relay. Secondary Relays cover much shorter distances (100's of lightyears vs a Primary Relay covering 1000's) but are able to connect to multiple potential target relays. When building out the relay network, it quickly became apparent that implementing both Primary and Secondary Relays mechanically would be problematic.

The solution to this is to let hyperlanes be representative of both FTL travel and Secondary Relays. For Primary Relays, we have created a custom bypass and megastructure that acts like a wormhole - a one to one connection. This leads to what I firmly believe is a more lore friendly representation of Mass Relays than even that we actually see in the games - multiple Primary Relays in each star cluster, each relay connecting only to one other star cluster.

By implementing the Relay network in a way that minimizes the potential modifications to it (no you won't be able to build your own relays) and keeping each connection as only one possible path, we are hopeful that even with the high number of relays we have implemented, performance should not be heavily impacted. Early testing has so far shown no notable drop in performance, even after maturing the galaxy 100 years, and the AI has seamlessly taken to using the relays to expand and traverse the galaxy. The performance impact is one that we are going to be paying close attention to though, as so far we've only been able to test with only a few empires. Once we have the final roster of empires determined and implemented, we'll be revisiting this and making any necessary adjustments.

That about does it for today! If you have any questions or anything, feel free to hop into our discord.